Samuel Sattin‘s latest novel — the horror tale The Silent End — is out now. He joins us to take a grisly stab at picking 13 Great Horror Covers — from comics to prose and back.

Sattin’s new YA book has been described as a cross between Stand By Me, The Goonies and Buffy the Vampire Slayer. It’s horror and high school in the misty Pacific Northwest.

It’s now available now and you can even check out the first chapter here.

Now, you can’t judge a book by its cover but you can judge the cover, and this one has wonderfully evocative design by M.S. Corley. 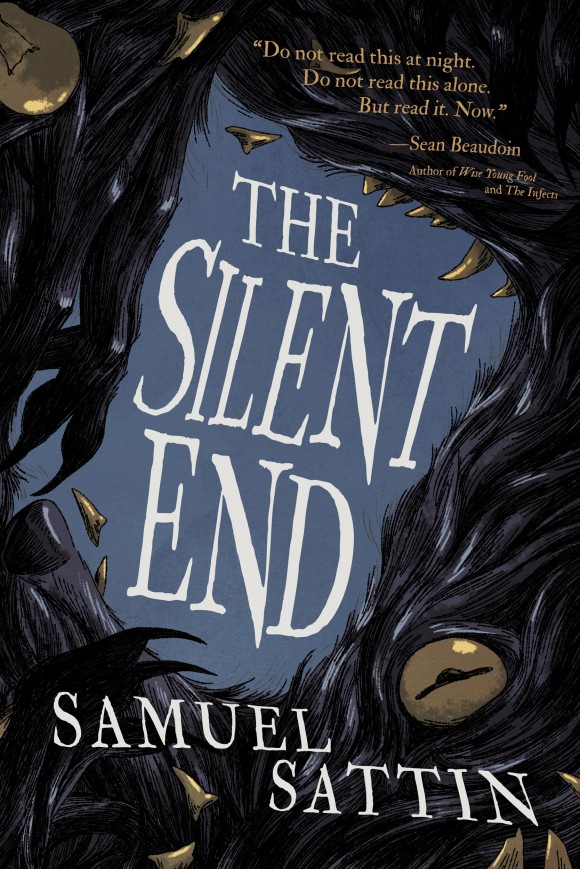 “He brought the beasts of The Silent End to life, staying true to their spooling and vicious forms, using colors of particular significance to the story. The front cover will wrap around to the back and rewards a closer look,” Sattin said.

With such a compelling cover, Sattin himself was compelled to pick 13 Great Horror Covers:

Black Hole, Charles Burns. Black Hole, originally serialized by Fantagraphics, and collected into a graphic novel with this cover in 2005, showcases Charles Burns at the top of his unnerving, body-horrific game. Deceivingly creepy, this picture of smiling youth is blighted by a ribbon of red, a black hole, as the words denote. Whatever lies within, this cover shows, will be debasing and surreal. 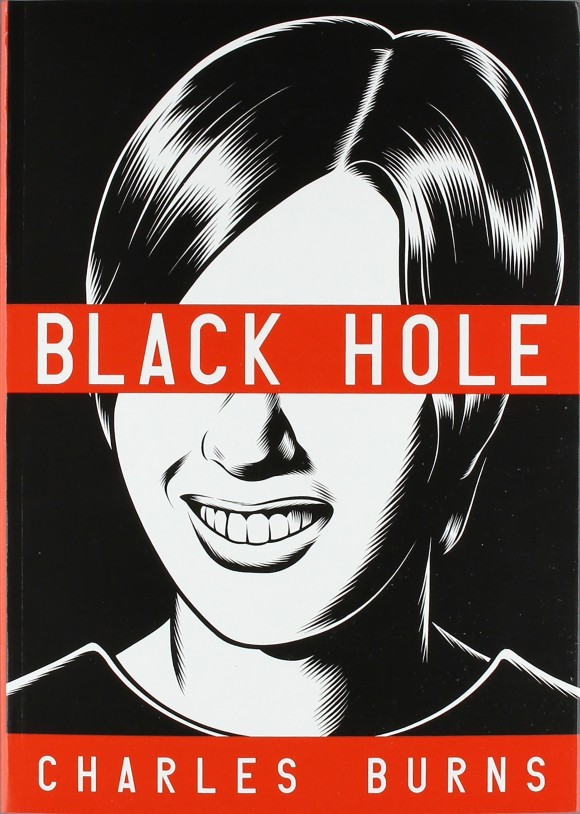 Gyo #2, Junji Ito. Ito is considered the modern master of Japanese horror manga. From Museum of Terror to Uzamaki, Ito taps into the grotesqueries of the human psyche, using it to unload the nadir of contorted, astringent and psychotic imagery. This cover, from the second installment of Gyo, depicts one of the main characters after she has been transformed into what can only be described as a bacterial gas conduit for a parasitic machine. Though the storyline behind Gyo is too grotesque and strange to do justice to here, this cover certainly primes the reader for what evils are to come. 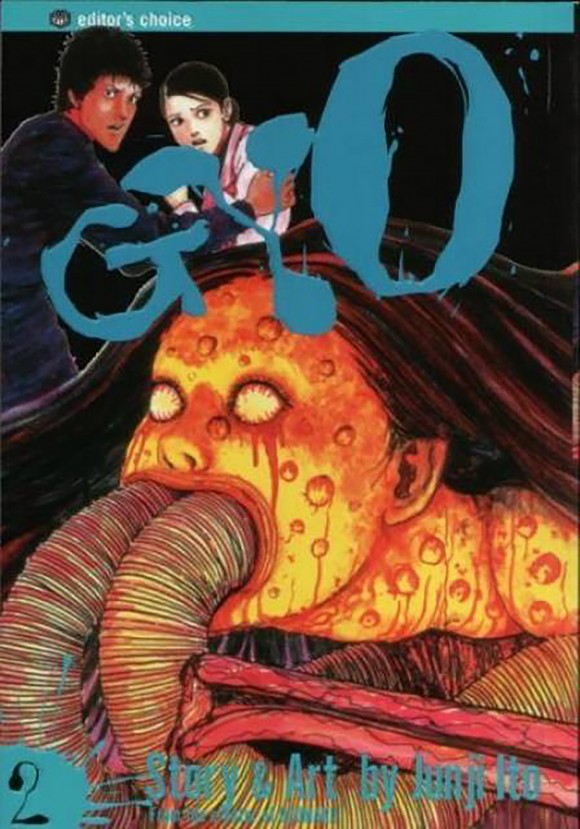 Dan says: “I never want to see this again.”

Squee’s Wonderful Big Giant Book of Unspeakable Horrors, Jhonen Vasquez. Vasquez’s brand of horror is cut from a more comedic swath. Here, in the cover for Squee’s Wonderful Big Giant Book of Unspeakable Horrors, we focus in on the wee, traumatized little neighbor boy who lives next to Johnny the Homicidal Maniac (Vasquez’s previous collection). Poor, scared, big-eyed Squee is pinned up against what appears to the fibrous weave of some terrible alien hellscape. But really, it’s the “Buy me or I’ll die,” that brings a sinister smile to my lips. 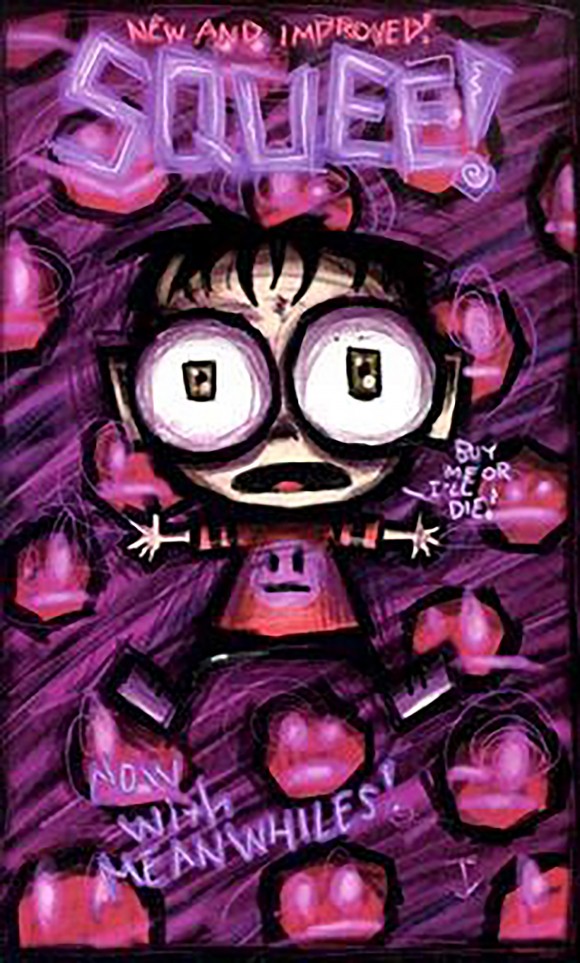 It, by Stephen King. The cover of this iconic King novel may not be as grotesque as some of the other picks. But like the novel itself, it conjures the truly terrifying apparition brought to life within, a nightmare beast that feasts on the imagination (and bodies) of children. This image alone of the claw reaching up from the sewers as little Georgie’s paper boat approaches made me avoid sewer drains in my neighborhood until I turned 17. For real. 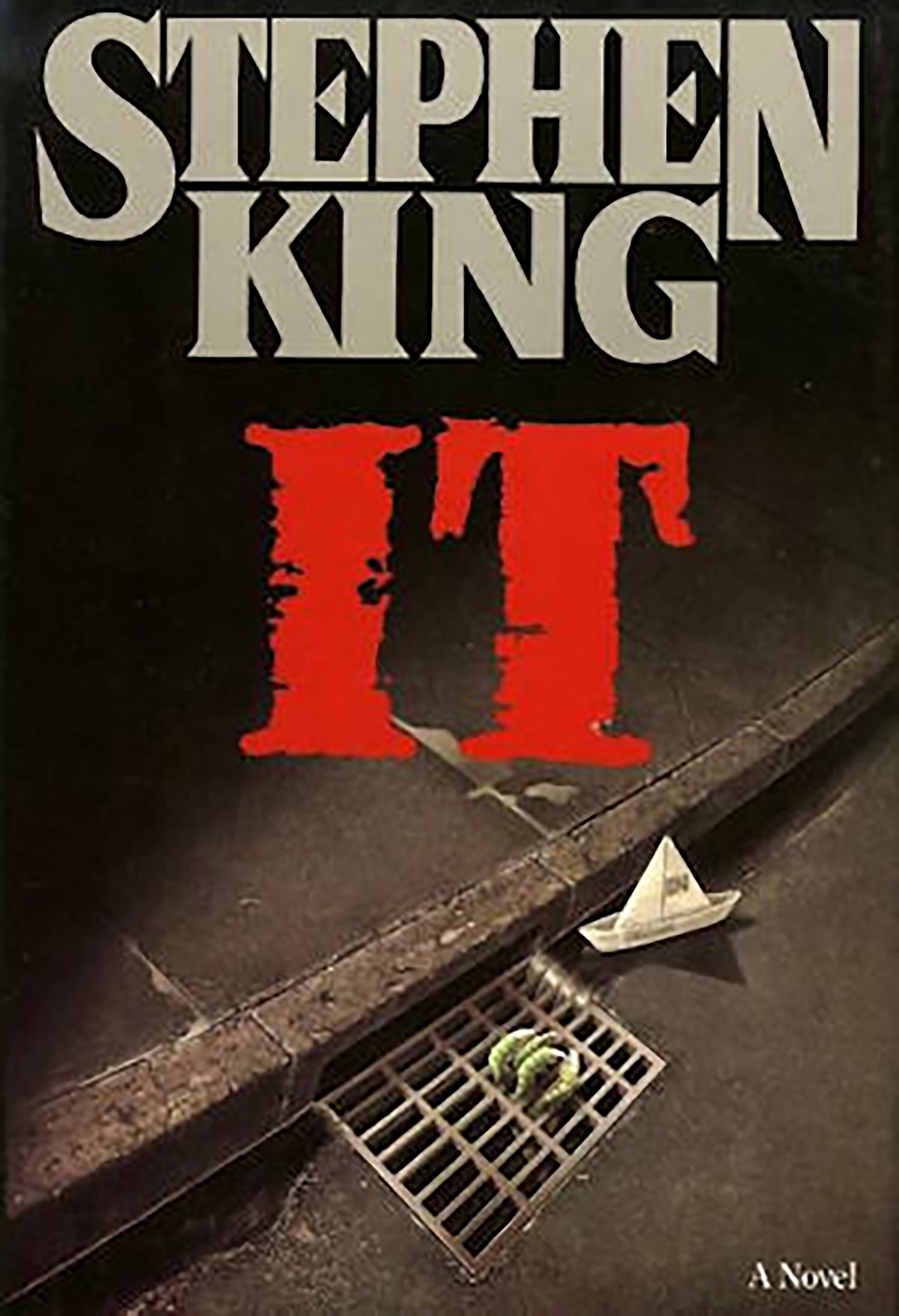 Locke & Key: Clockworks #2. Though it was difficult to choose a Locke and Key cover for this list, being that Gabriel Rodriguez does not lack for scare factor and artistic acumen, this issue in particular really does the trick. Maybe because it’s not just a frightening image, but a heartbreaking one, in which a traumatized aspect of a central character’s personality is (quite literally) being tortured by what she fears most. 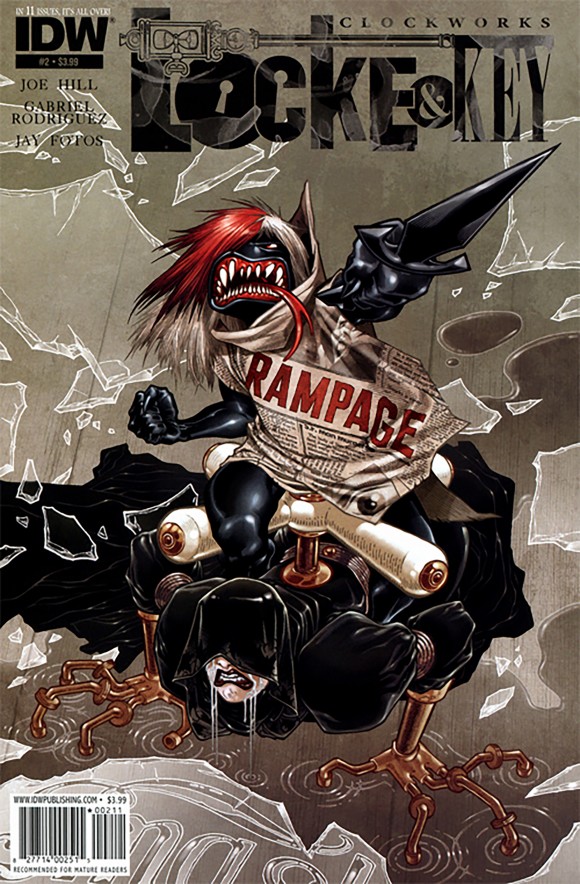 Piercing, Ryu Murakami. OK, I’m pretty sure the image of a frightened rabbit about to be pierced by a horrific stabbing instrument can speak for itself. Try getting this one out of your brain. 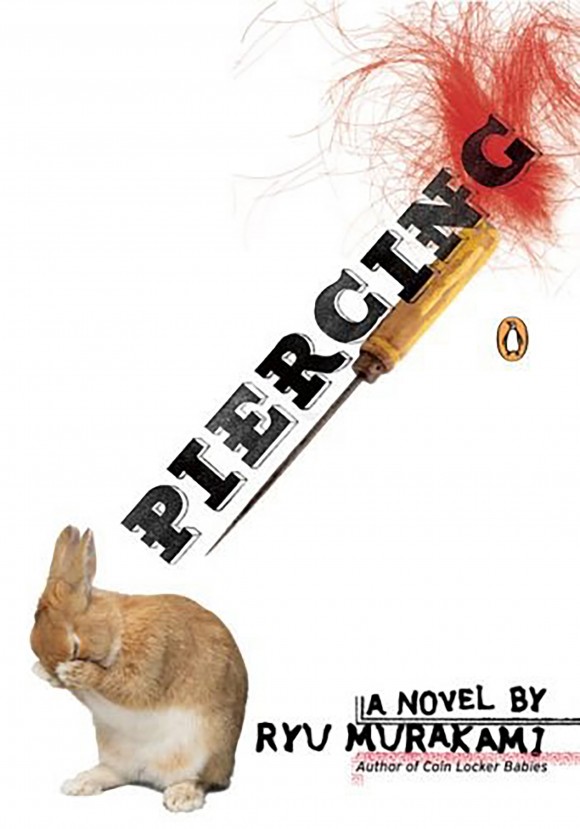 Rosemary’s Baby, by Ira Levin. This is one of those late ’70s horror covers I can’t help but adore. I couldn’t track down the artist, but it was my favorite of the many editions that followed the original 1967 release. The subtle setting afire of the cross ties in directly to the quiet evil on display in this book, taking the form of a child whose understated malevolence grows as the story progresses. 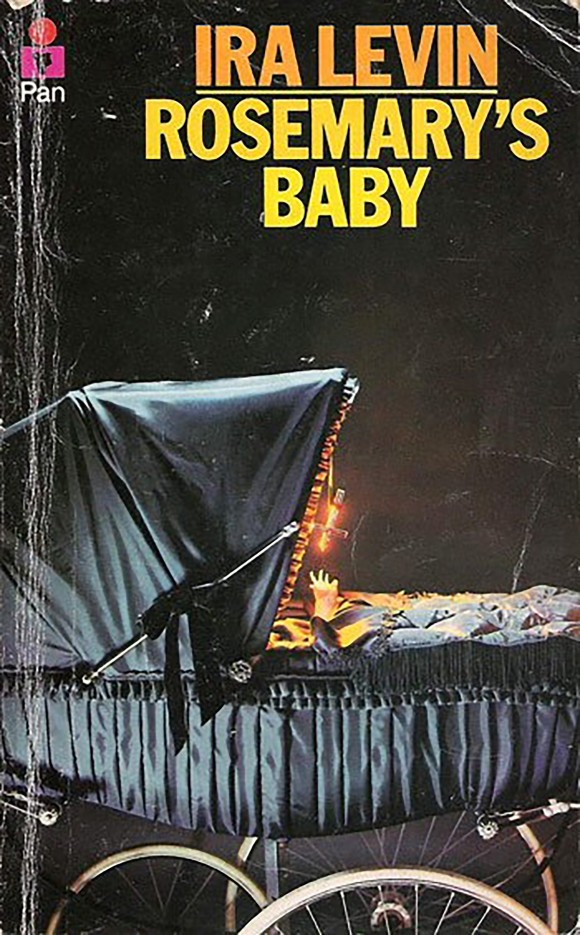 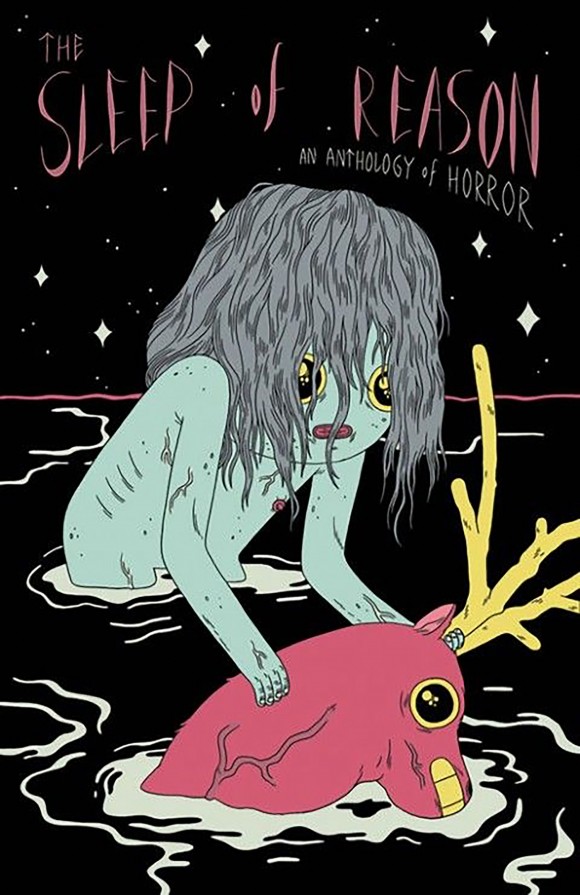 Scary Stories to Tell in the Dark. You all remember this one, right? Some of the stories were sort of scary, sure, but what made them scarier was the pipe-smoking, clown-nosed, hill skull turning its crooked eye towards any child unlucky enough to see this book sitting on a shelf in the library. 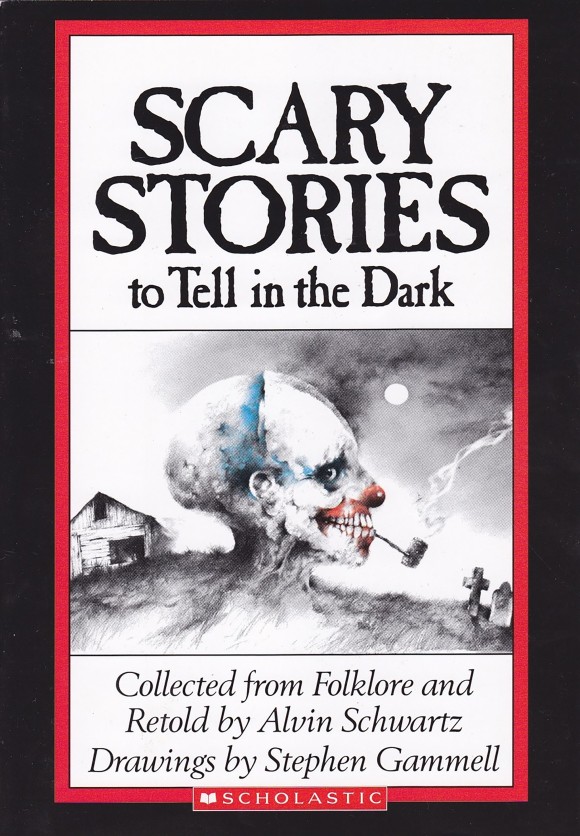 The Devil In Silver, by Victor LaValle. Aside from the book within being nothing short of fantastic, we have a cover featuring a buffalo with blood oozing out of its nose, mouth, and black, tumescent eye. The illustration style is vivid and painterly, making the fright of it that much more immediate. That thing could just reach out and, well, murder you. Which is great! 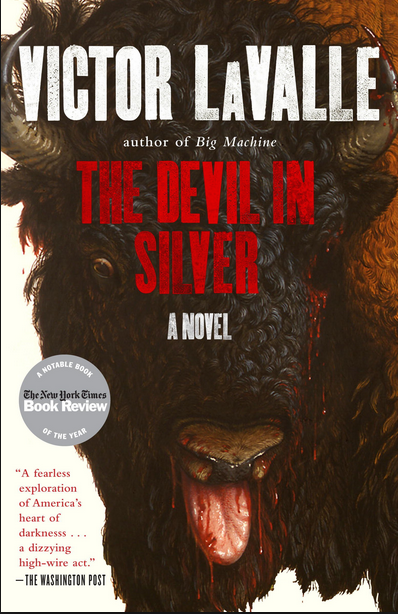 Through the Woods, Emily Carroll. Emily Carroll makes some of the most effectively frightening (and beautiful) digital comics on the web. Here we have the cover for some of Carroll’s newer stories, along with the famed His Face All Red, in print for the first time. This cover captures the soft, vivid, yet alluringly dark and foreboding world that Carroll inhabits. 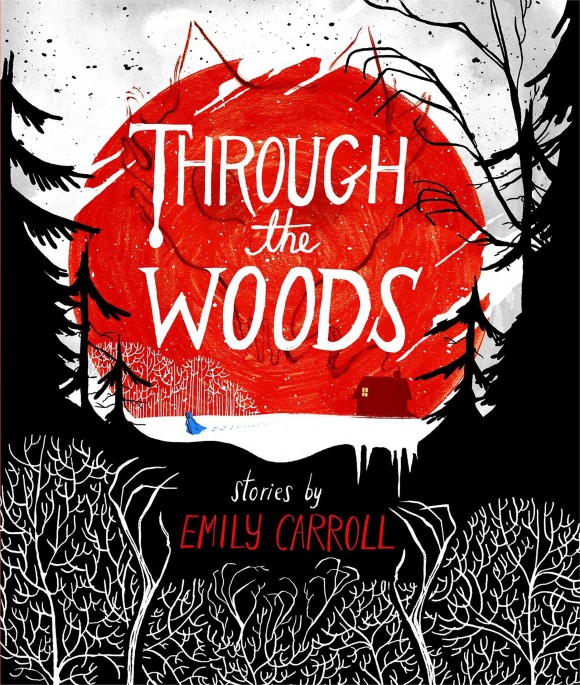 Wytches #2, Jock. Scott Snyder’s Wytches is a frightening series, brutal and ecstatic in its style. This cover by Jock embodies the displaced, disorienting fright the comics promise, with a winsome dash of body horror to boot. It’s that sort of debasing terror that makes Wytches stand apart from similar stories. BPRD: Hell on Earth — The Pickens County Horror #1, Becky Cloonan. Crawling swamp vampires that emerge from earth and fungus with human insides on their mind? Yes, please. This cover by Becky Cloonan conjures a throwback aesthetic that recalls Tales From the Crypt, unafraid of depicting the monster as precisely that, in all its grotesque glory.