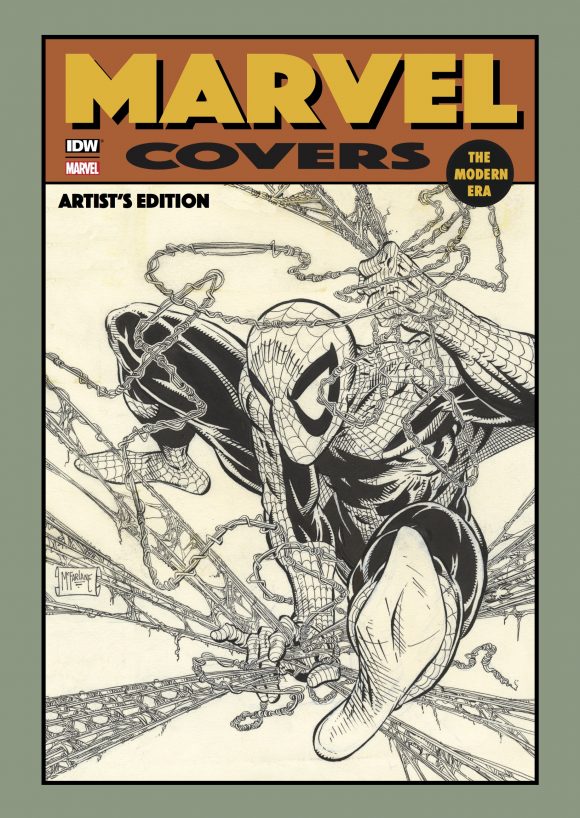 Some of Marvel’s biggest stars of the last 25 years get the spotlight in the upcoming Marvel Covers: The Modern Era Artist’s Edition, out soon from IDW. I’m talking names like Lee, McFarlane, Liefeld, McNiven, Bachalo, Bermejo, Cassaday and many, many others. Plus, Modern Age work from legends like Simonson and Romita Sr. is included too.

The 144-page, 12-x-17 hardcover, the sister publication of IDW’s classic Marvel Covers Artist’s Edition, is due out as early as 7/27 in some stores, but check with your shop. It’ll retail in the $100 ballpark. There are also multiple covers available, including the Todd McFarlane Spidey cover, above.

Anyway, we’ve hand-picked 13 COVERS (plus a pin-up) to show off for you, in all their raw, black-and-white, original-art glory: 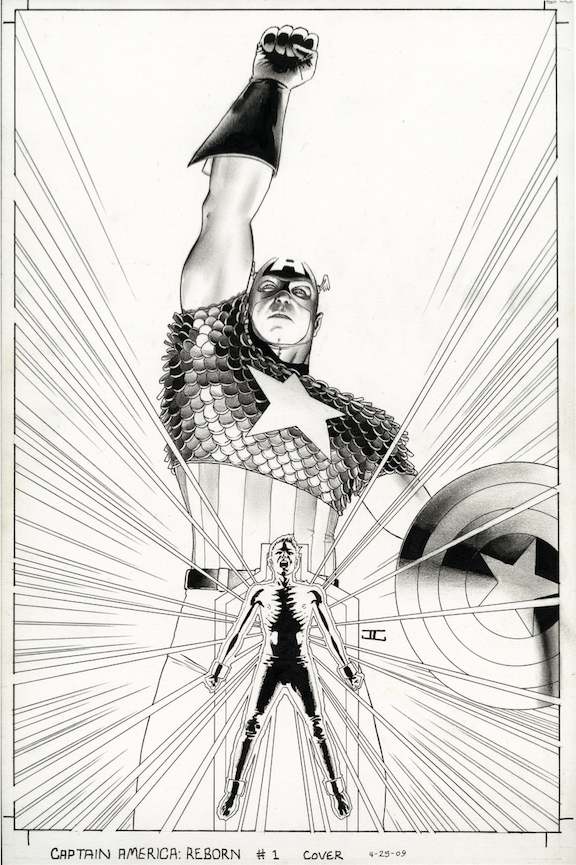 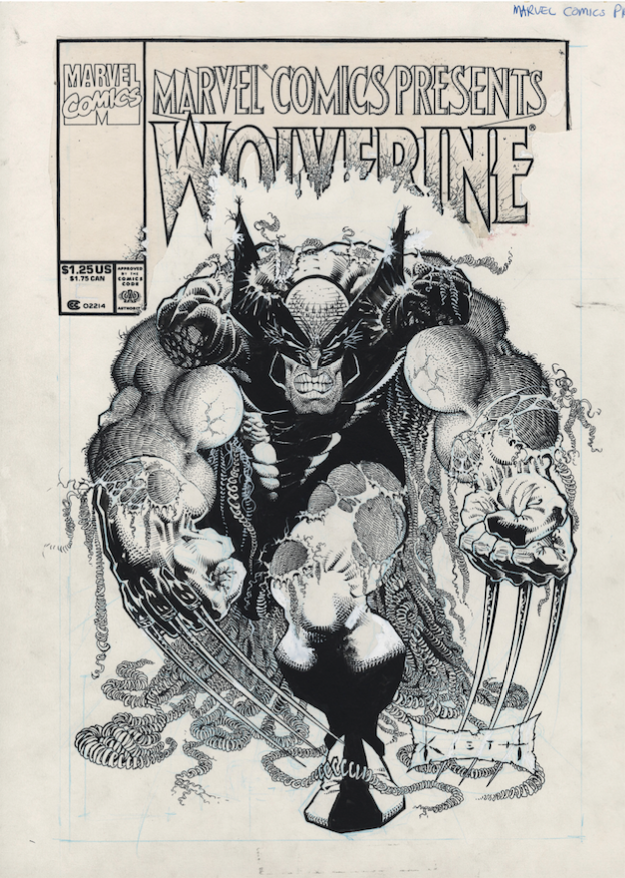 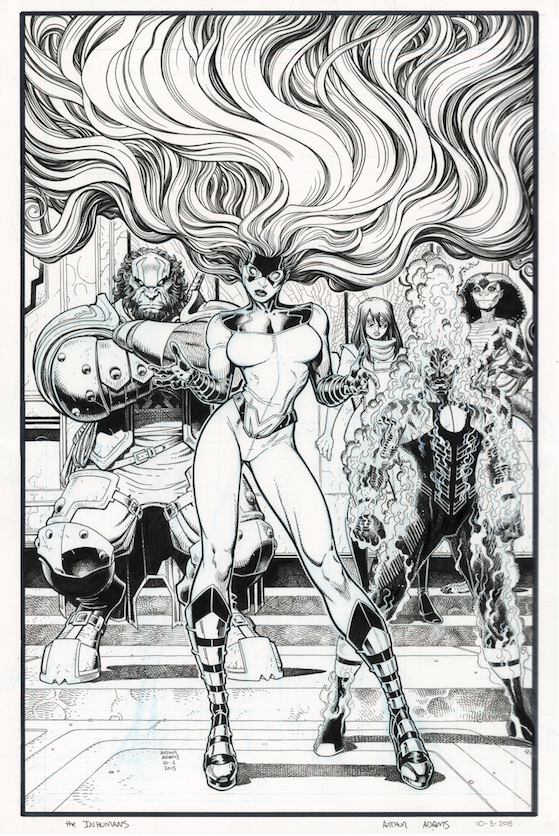 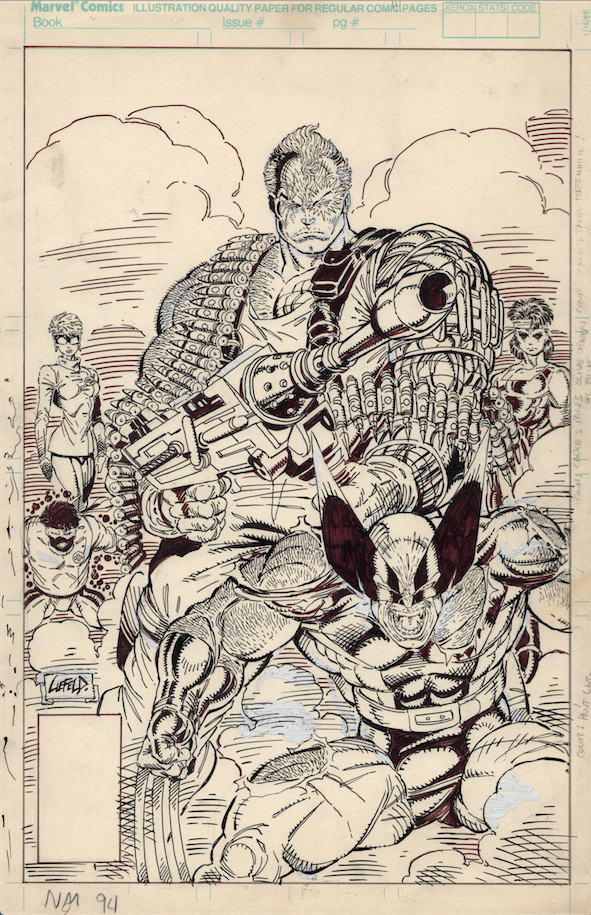 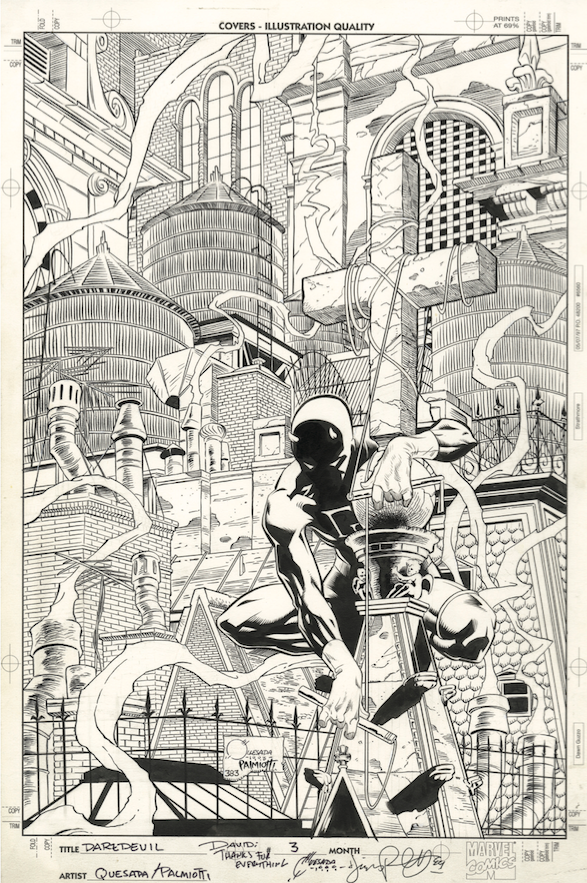 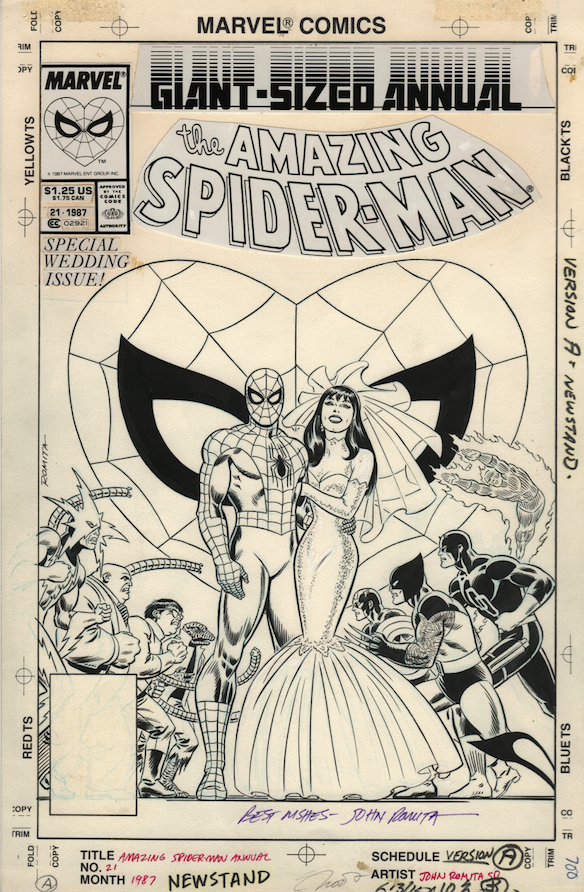 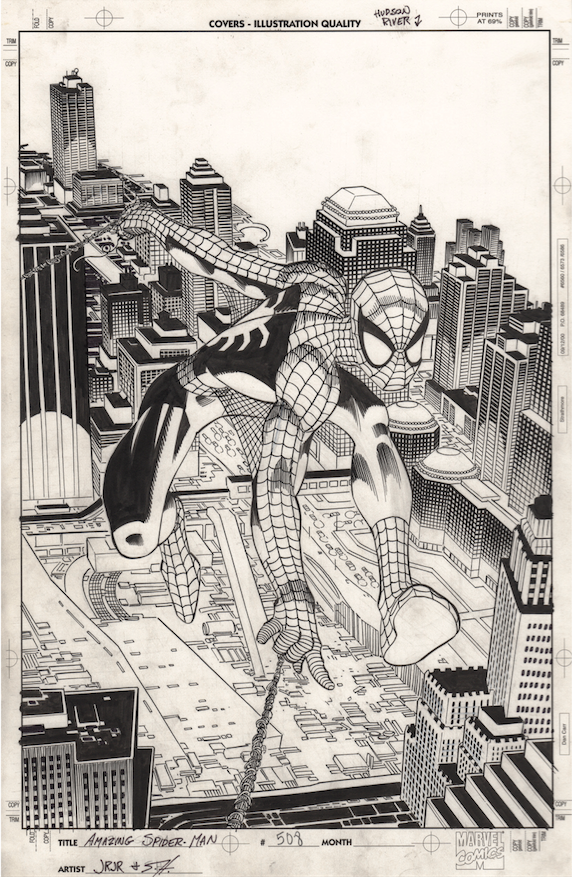 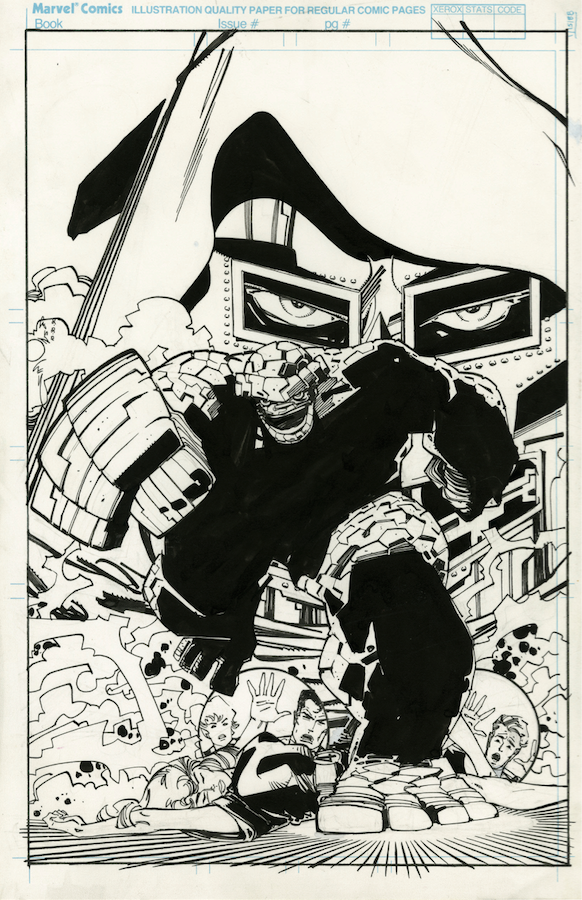 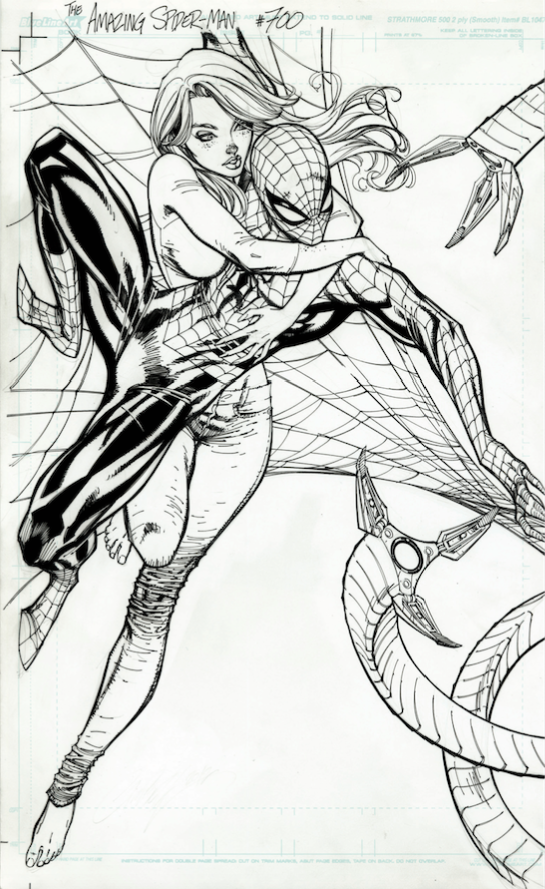 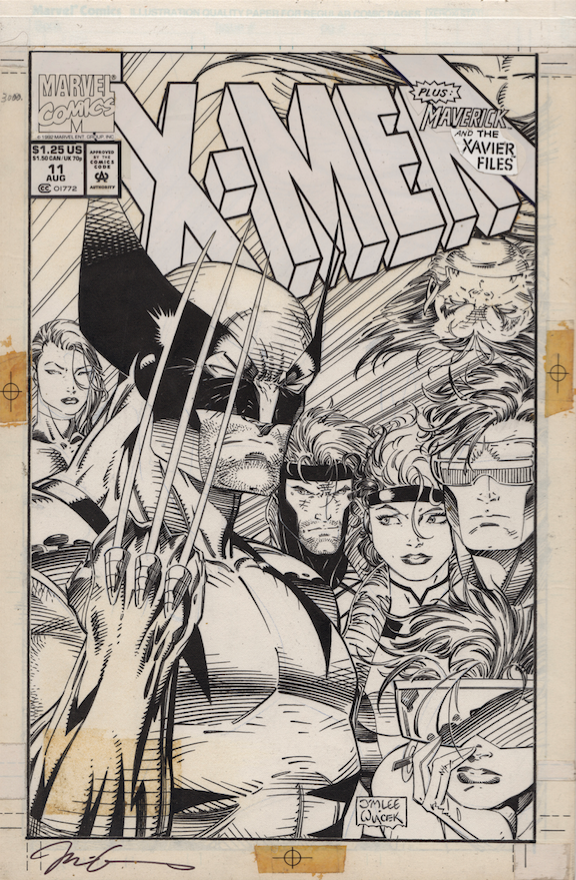 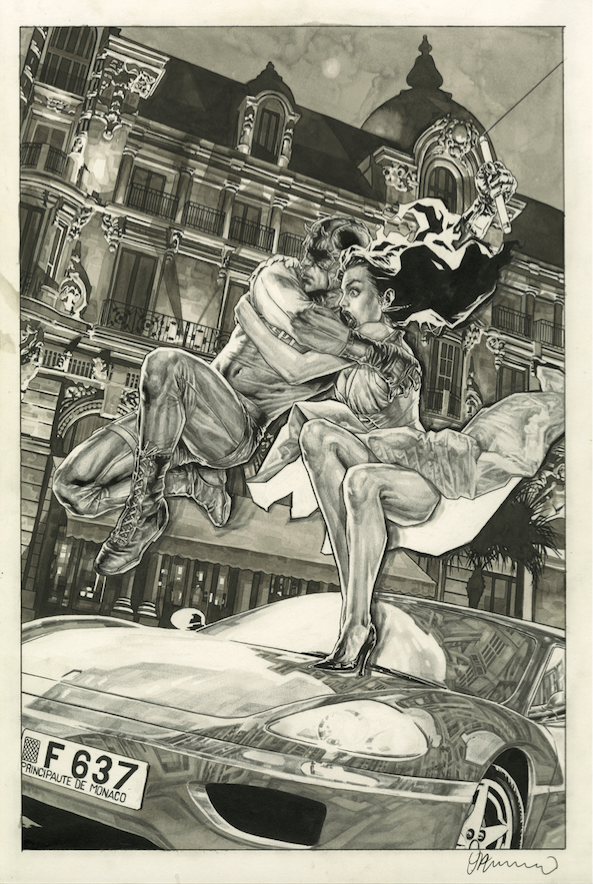 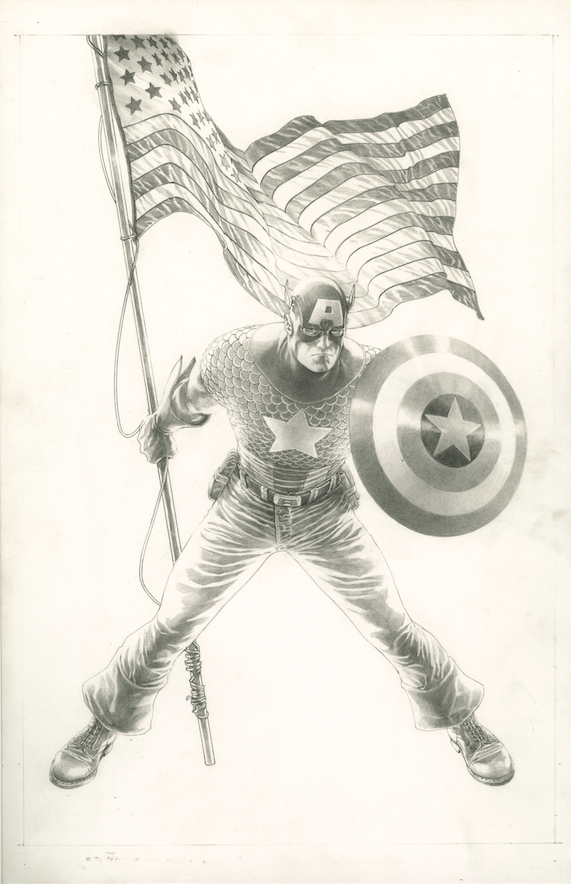 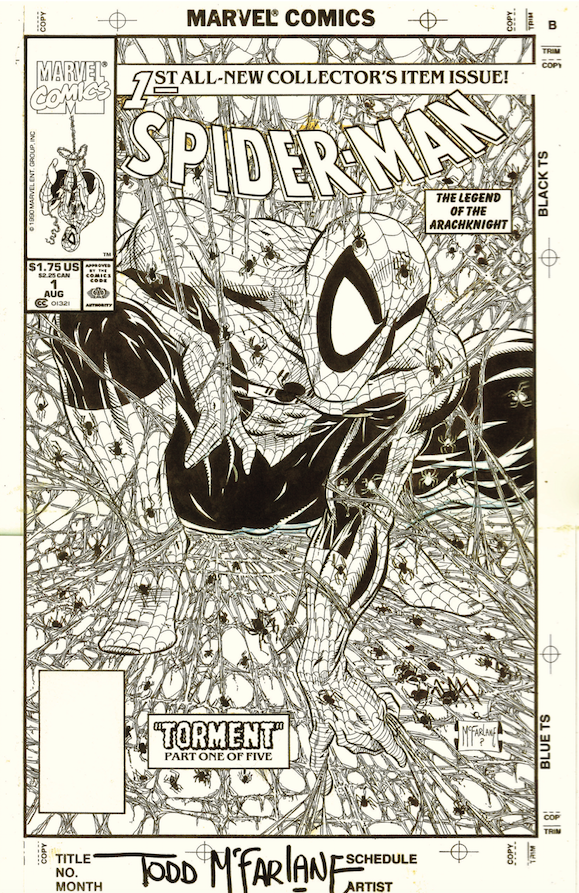 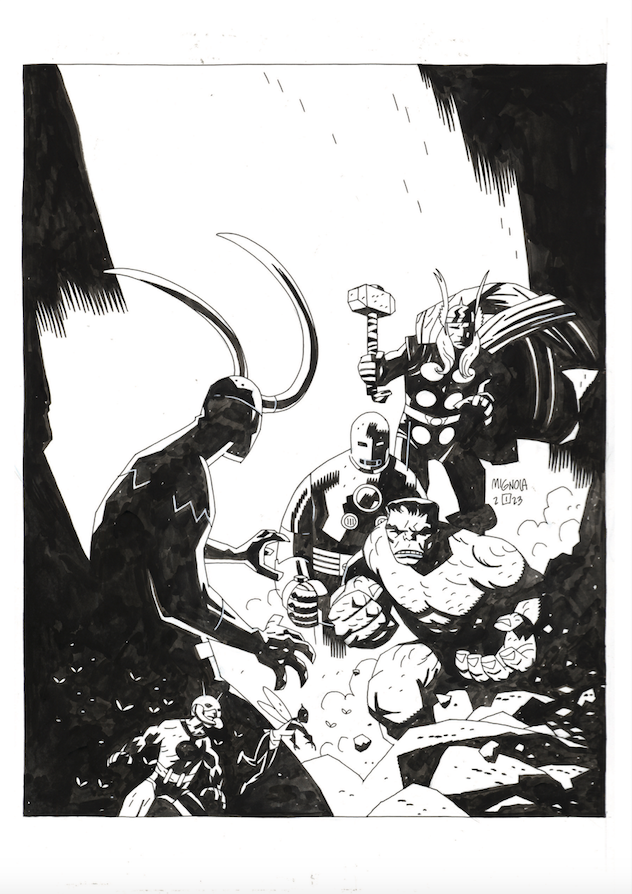