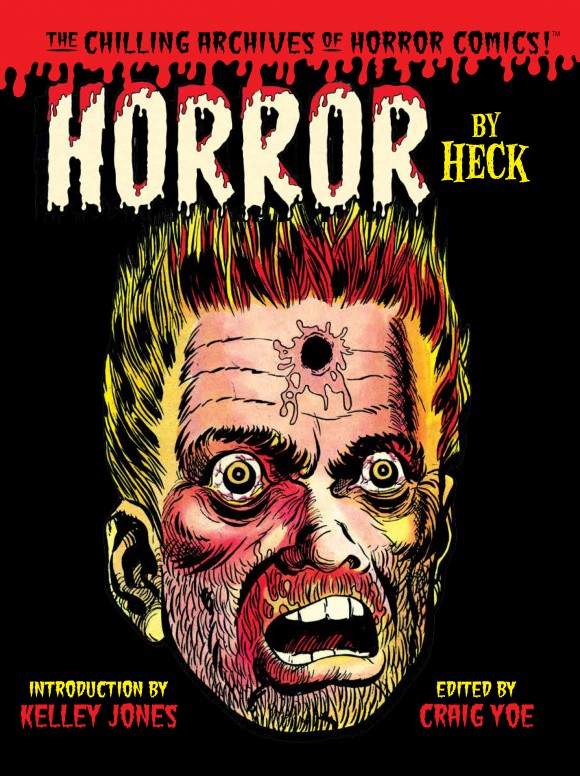 Turns out, I was just looking in the wrong places.

See, that Empress of Evil Clizia Gussoni and her Viceroy of Vermin Craig Yoe have produced a brilliantly disgusting tome called Horror By Heck, a retrospective of the artist’s horror comics, primarily from the ’50s.

This shit is nasty. And it’s great. No wonder modern master Kelley Jones (whose portrait of Heck is below) wanted to write the introduction. 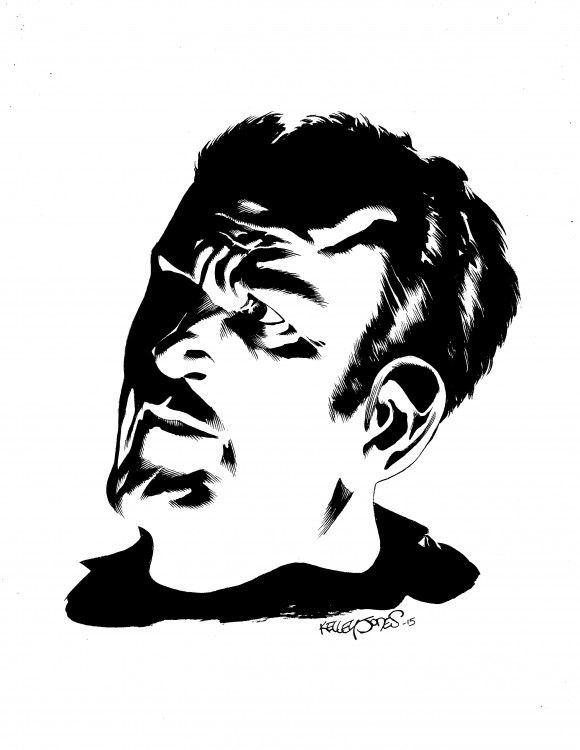 Don Heck was born Jan. 2, 1929. We celebrate birthdays around here with 13 COVERS. But instead of scouring the globe, I went to the best source: Craig and Clizia, who were kind enough to share with me an advance look at Horror By Heck from Yoe Books and IDW, which is out as early as this week but more likely 1/13 in your comics shop. (Ask. The info online varies.)

So all of these covers — and many, many more, plus complete short stories and original art scans — can be found in the hardcover book, which lists for $24.99. Note to the sensitive: Some of the images and references below are not what we’d consider culturally sensitive today. But art is reflective of its time.

Don Heck died in 1995. Man, I wish I appreciated him more while he was alive. 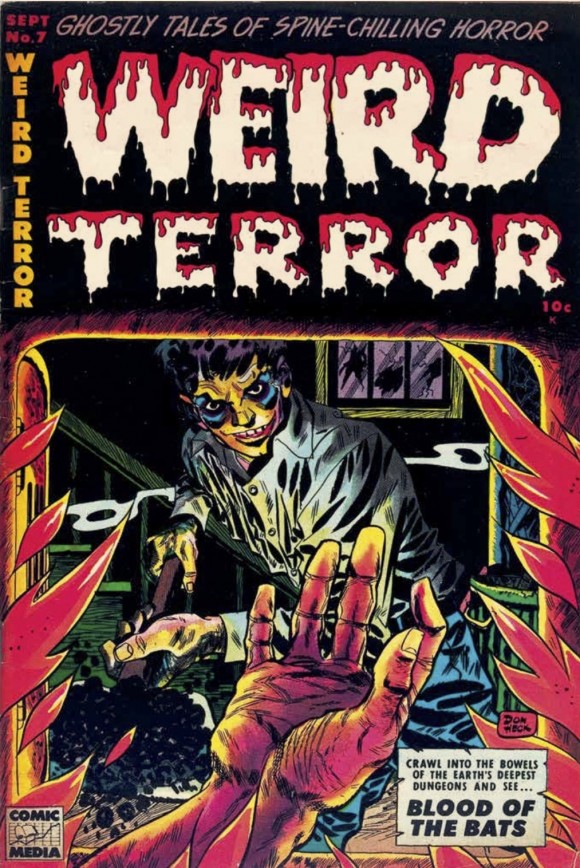 This is seriously twisted. I LOVE IT! 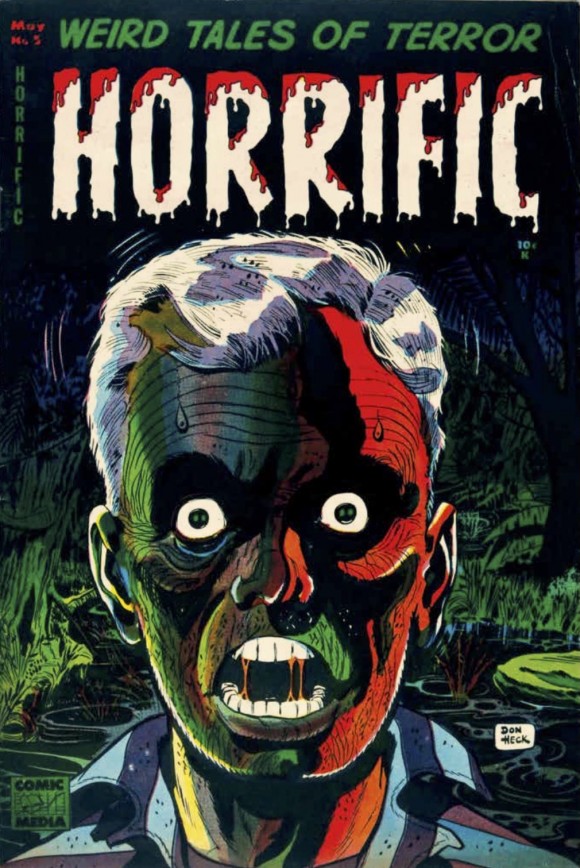 He was big on big heads, as you’ll see. 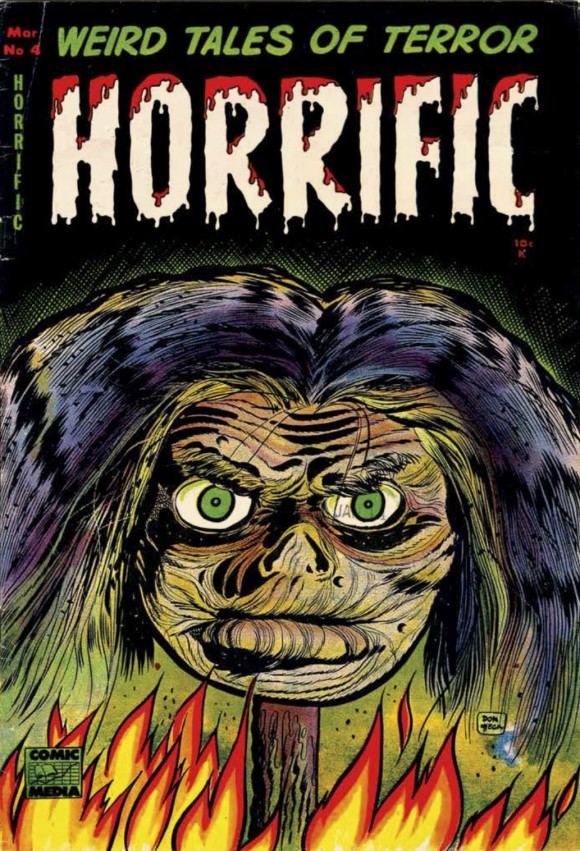 Or even shrunken heads. 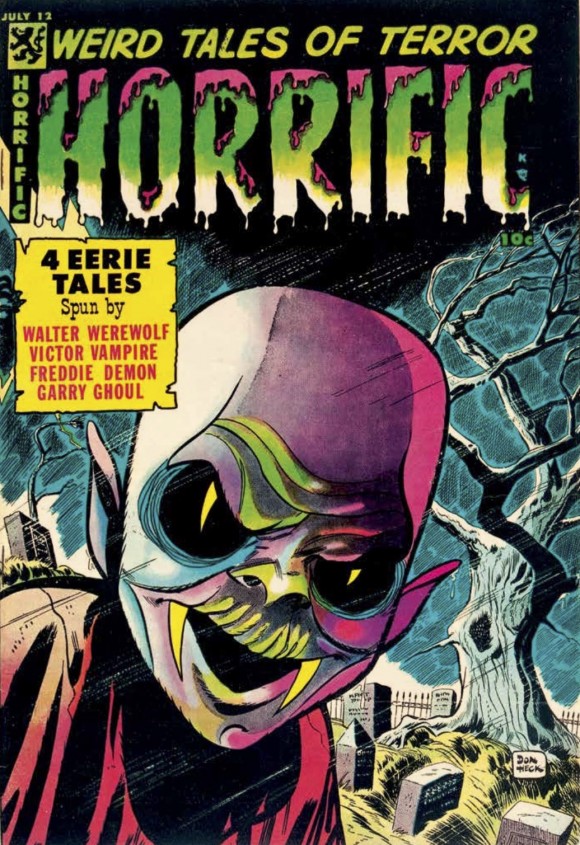 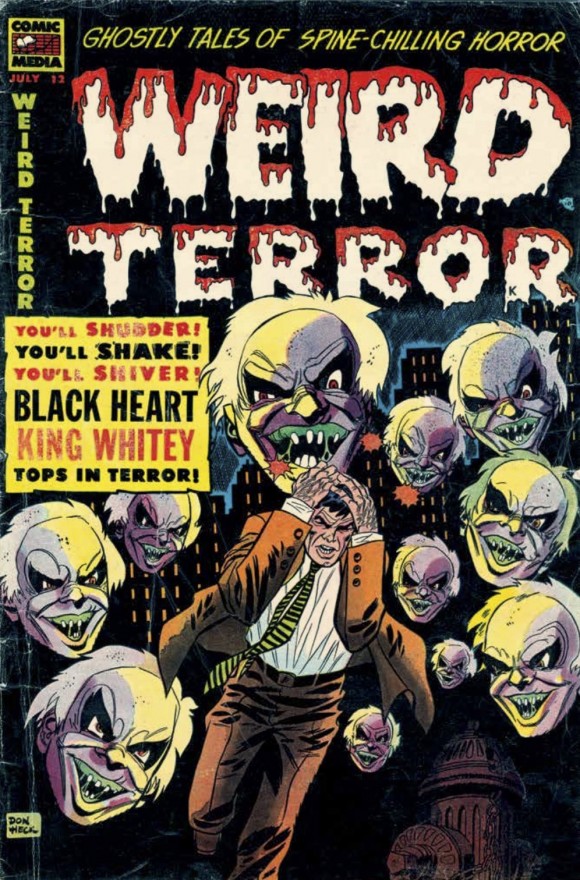 Or LOTS of heads. ALL THE HEADS. 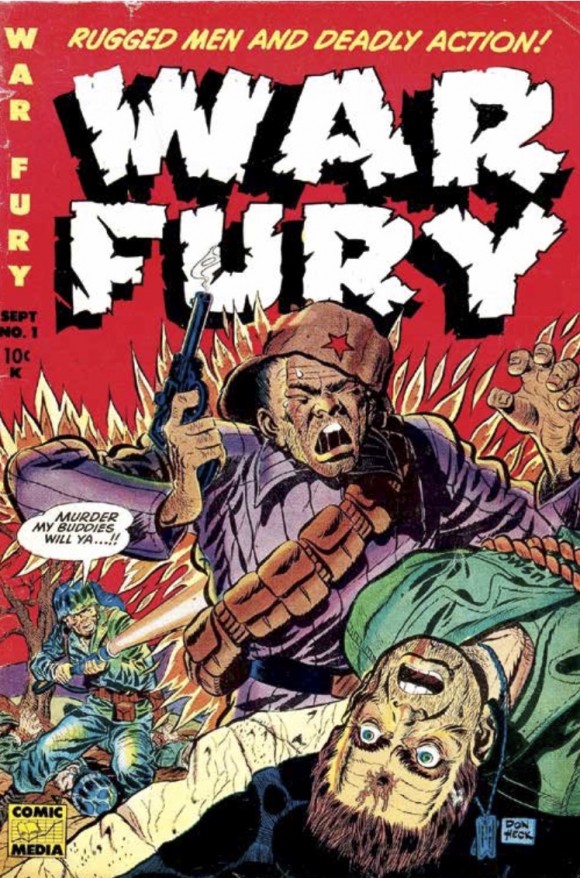 That dude at the bottom looks familiar. 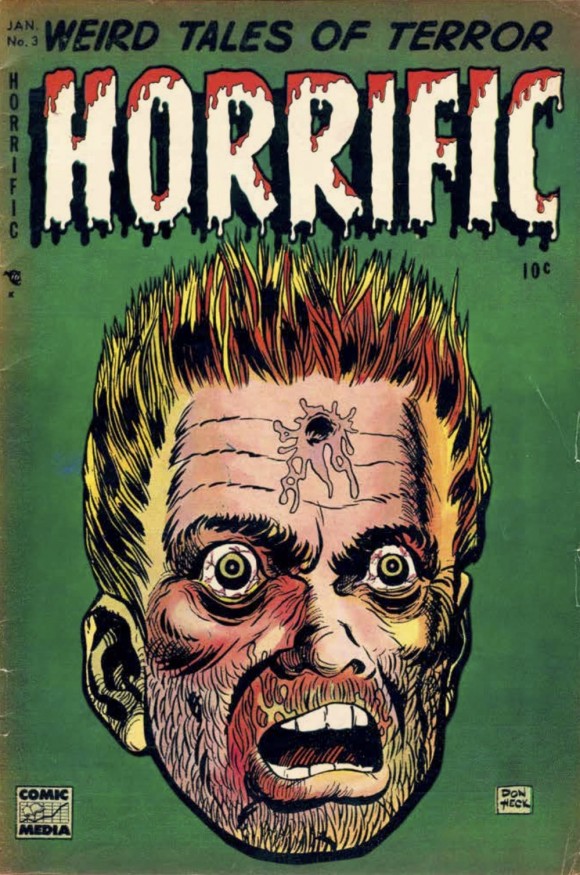 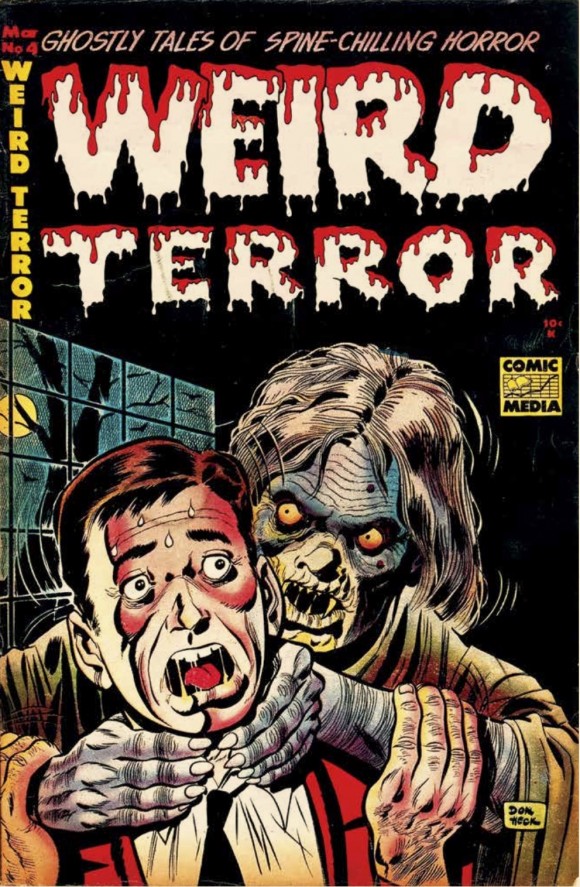 Two heads are better than one. 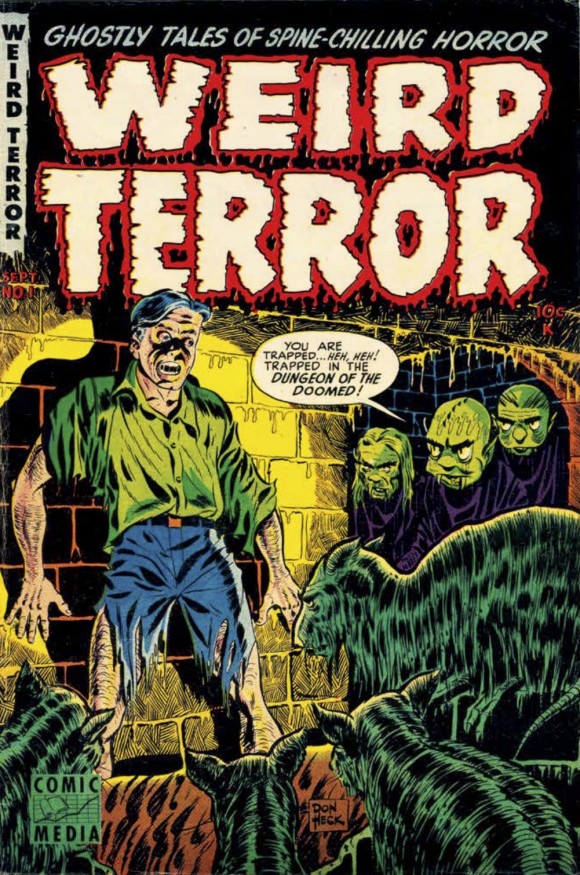 And four heads are better than two. 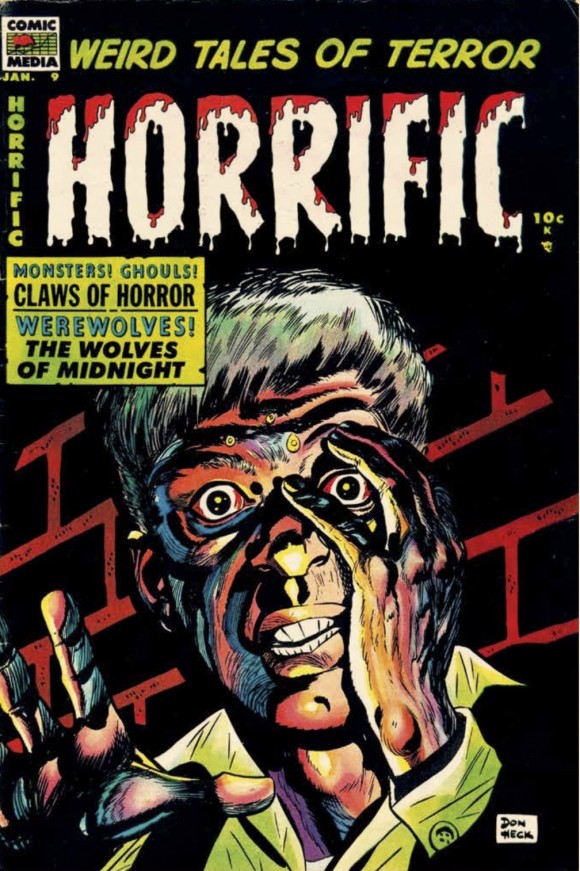 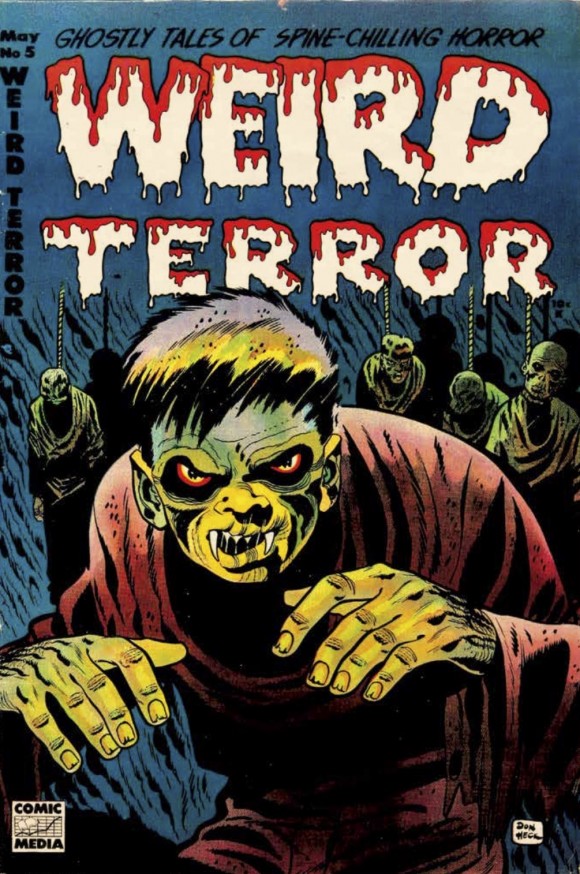 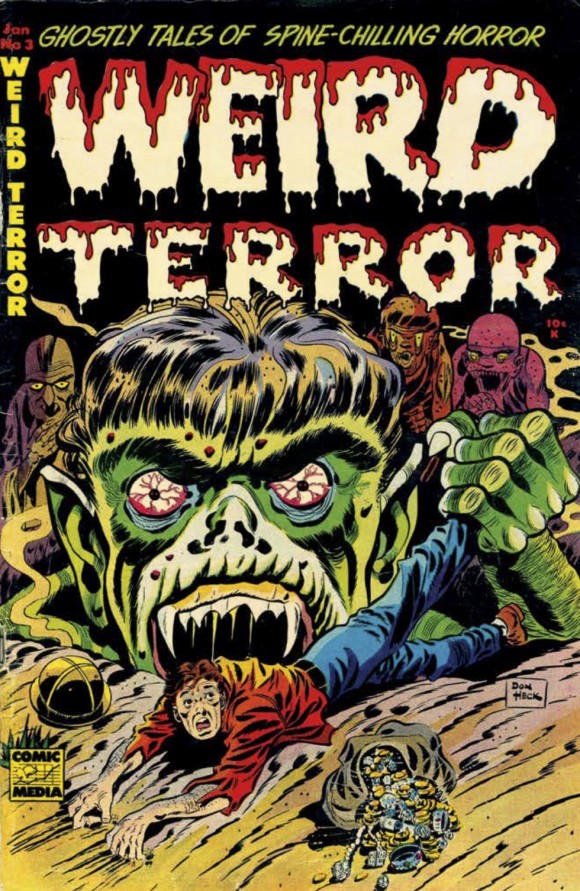 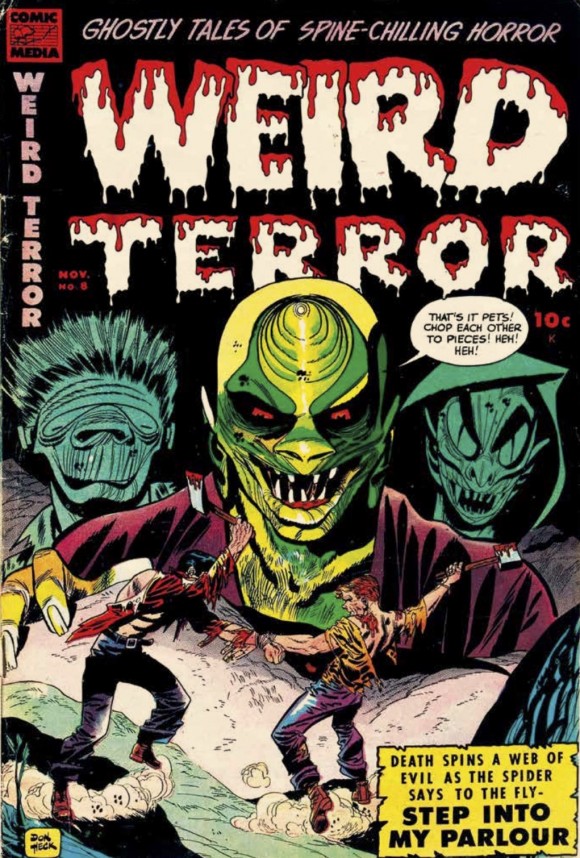 THE BEST HEADS EVER.