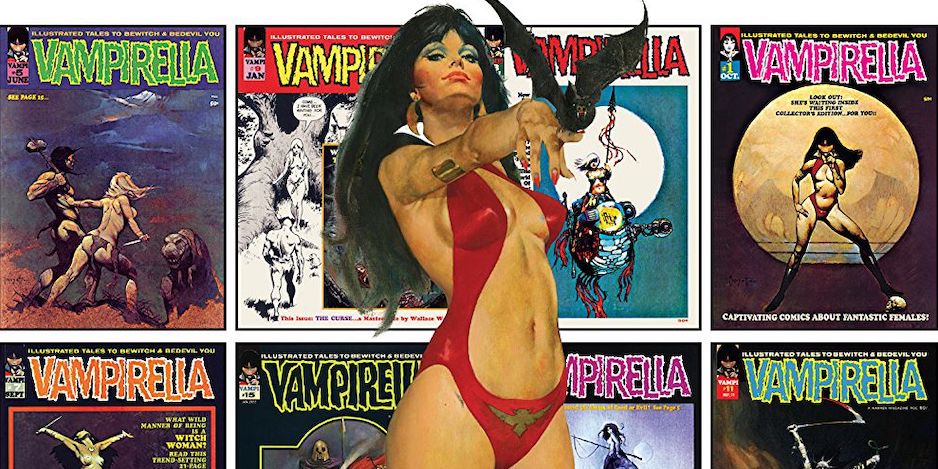 Yep, 50. The Daughter of Draculon — created by Forrest J. Ackerman and Trina Robbins — first appeared in Warren’s Vampirella #1, in a story illustrated by Tom Sutton.

The issue, with its famous Frank Frazetta cover, is dated September 1969, but it came out in July of that year — July 17, according to some accounts.

So, Dynamite, which now owns Vampi’s rights, this week is publishing not just the first issue of a new ongoing series, but also a note-for-note replica of that first black-and-white magazine. (Wednesday = July 17!)

Given all that, the time is obviously ripe for a 13 COVERS salute — spotlighting the vamping vampire’s original run. 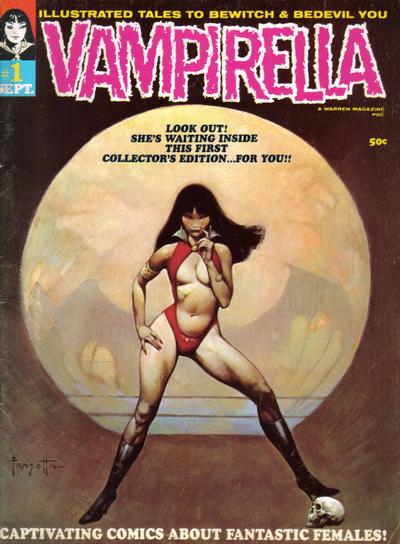 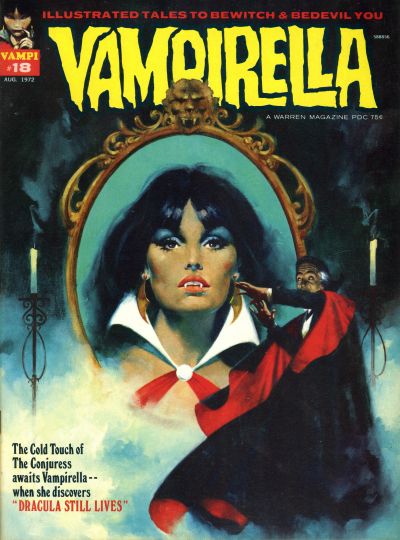 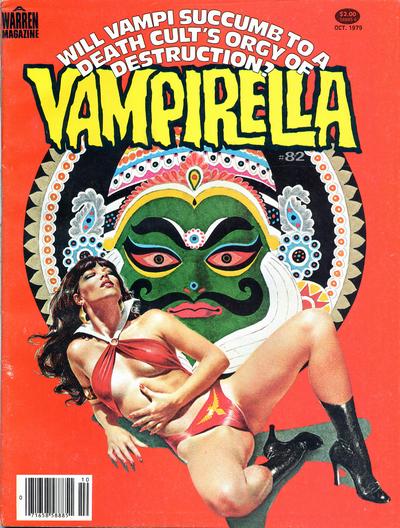 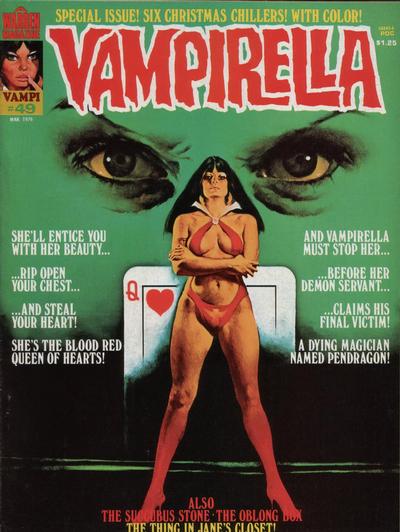 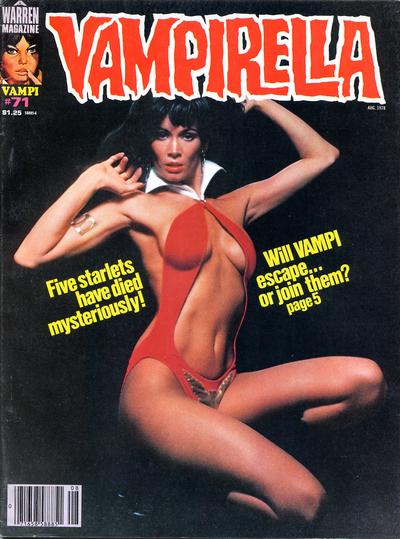 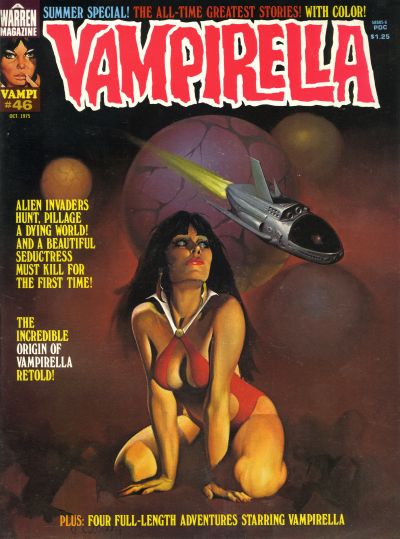 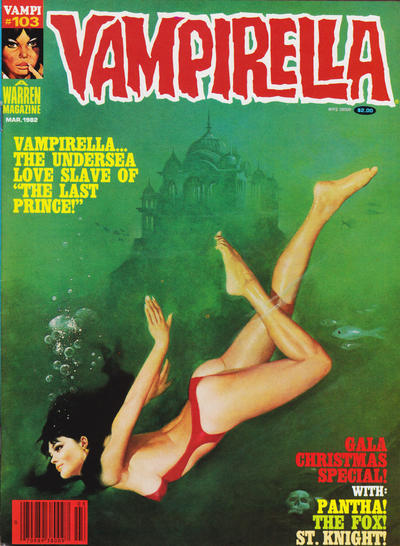 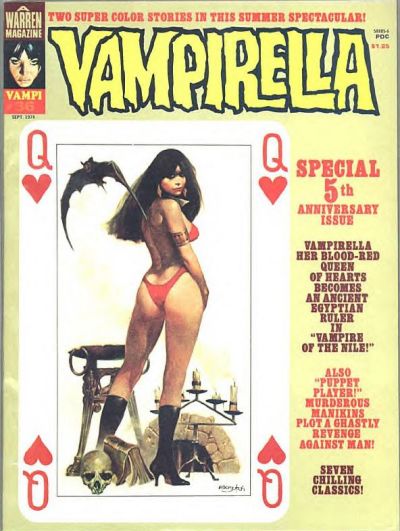 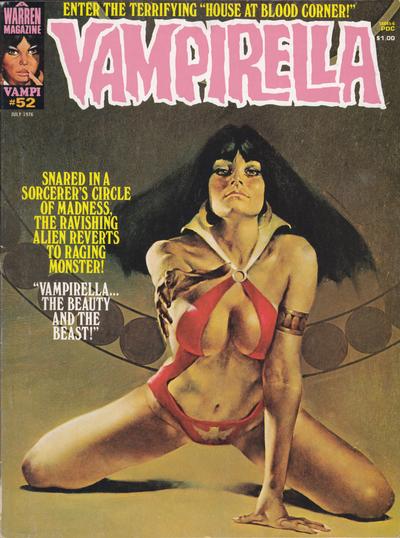 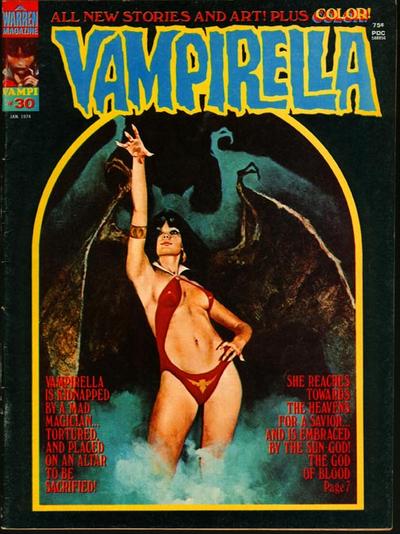 Cover images and credits from the dangerous Grand Comics Database.