So, this week, the big Trek release is IDW’s latest hardcover collecting the Gold Key Star Trek comics of the ’60s and ’70s — Volume 5, to be precise.

These comics are notorious for having an only superficial resemblance to the Star Trek we know and love, but that’s part of their eternal charm. I mean why shouldn’t Spock punch a guy out instead of using the Vulcan nerve pinch? 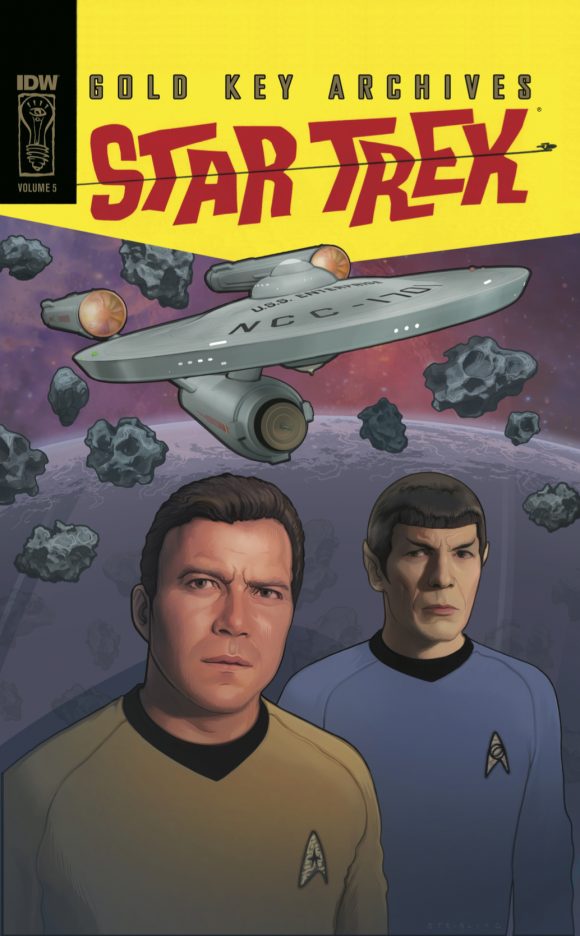 Anyway, my original idea this week was to pull the wackiest 13 pages from the book and show them off to you. But the reproduced covers from the book’s six collected issues are gloriously insane. That knocked it down to seven. And there’s this one cool shot of the Enterprise I just had to include. That made it six. So enjoy this Trek awesomeness in all its cheesy glory — and keep an eye out for Tiny Scotty, Space Cher, Space Luthor, Space Lorne Greene years before Battlestar Galactica, and (gulp) white Uhura. 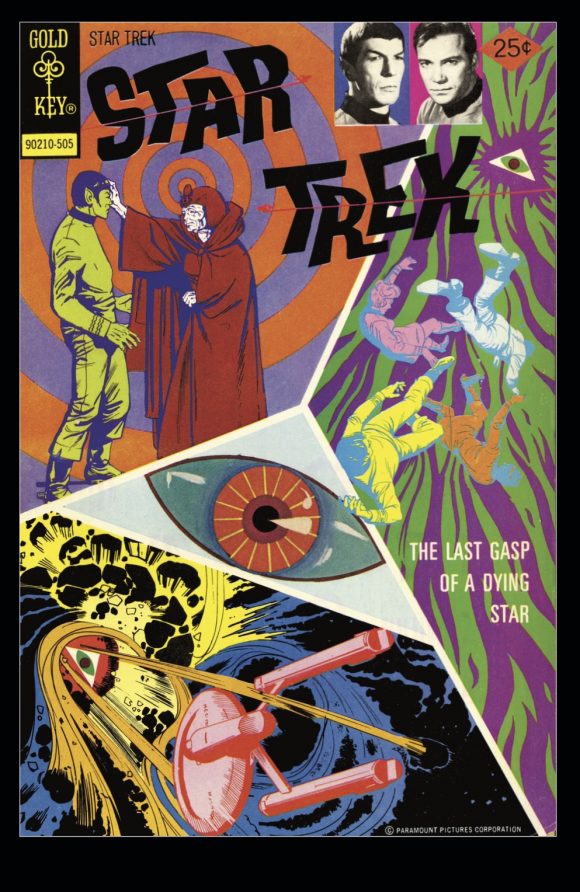 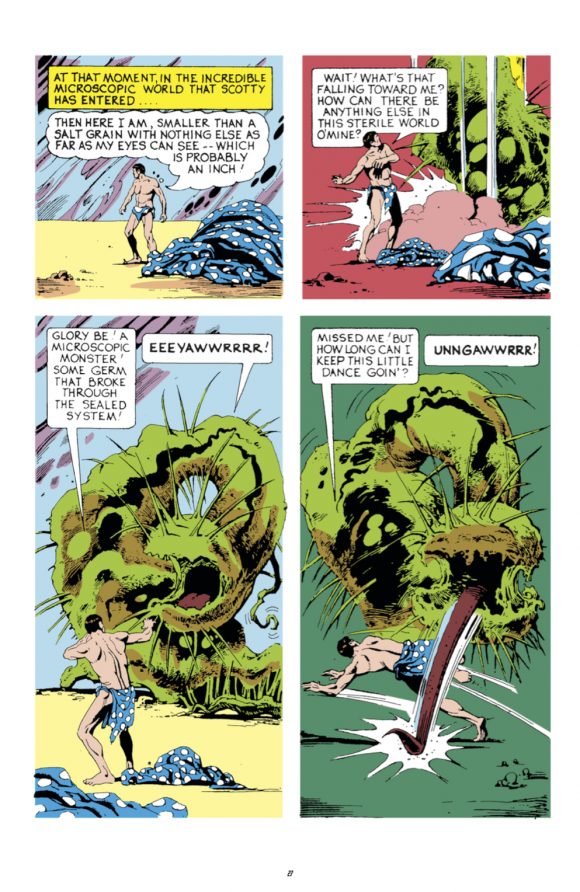 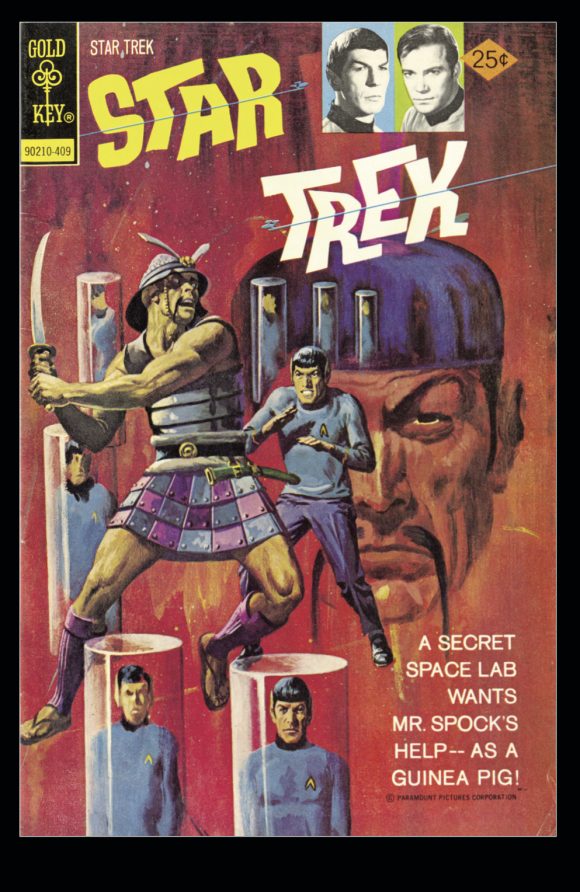 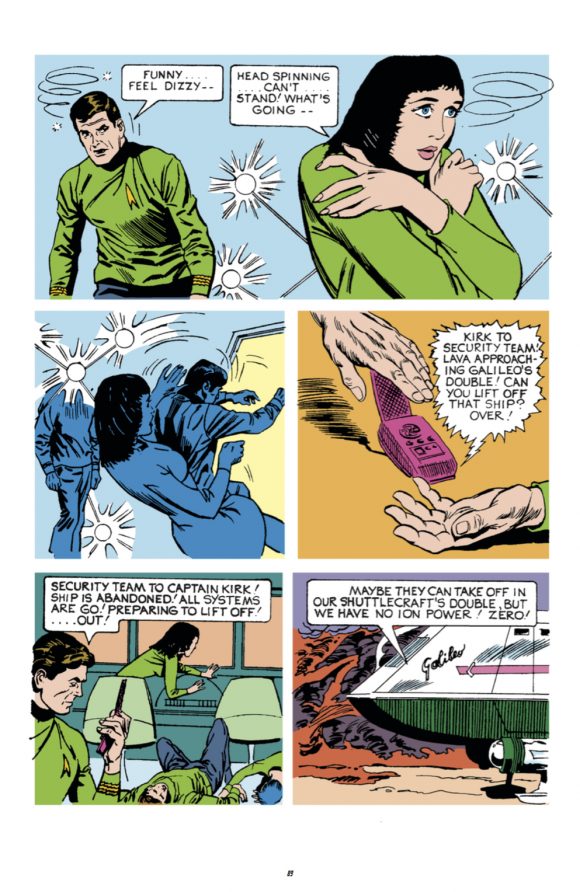 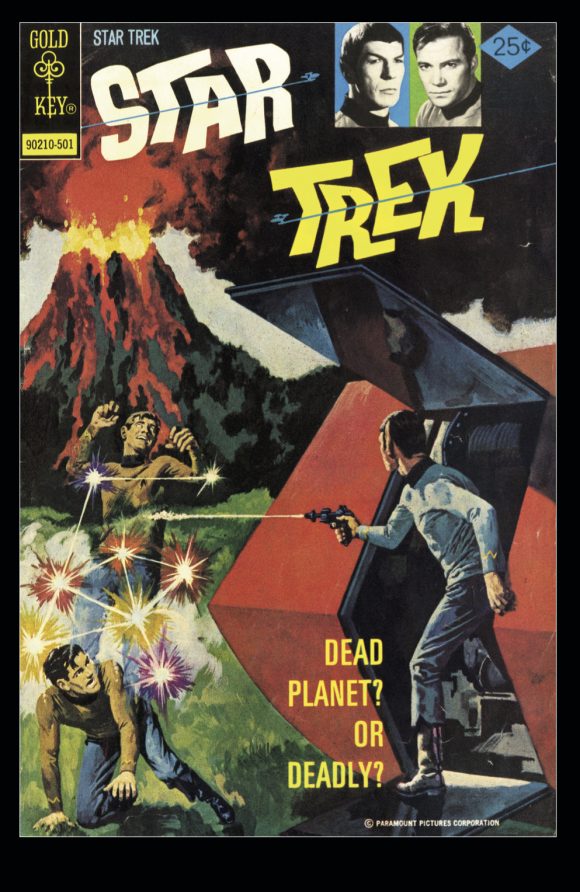 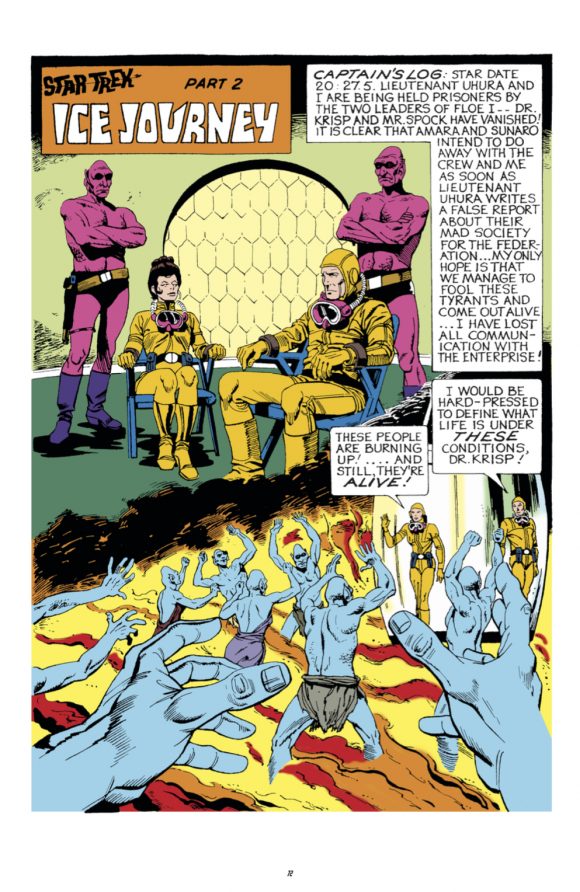 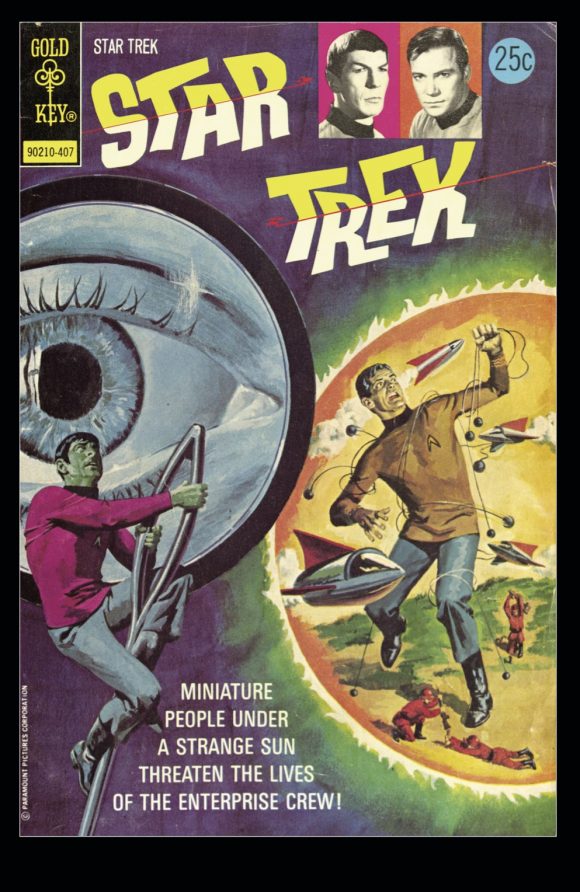 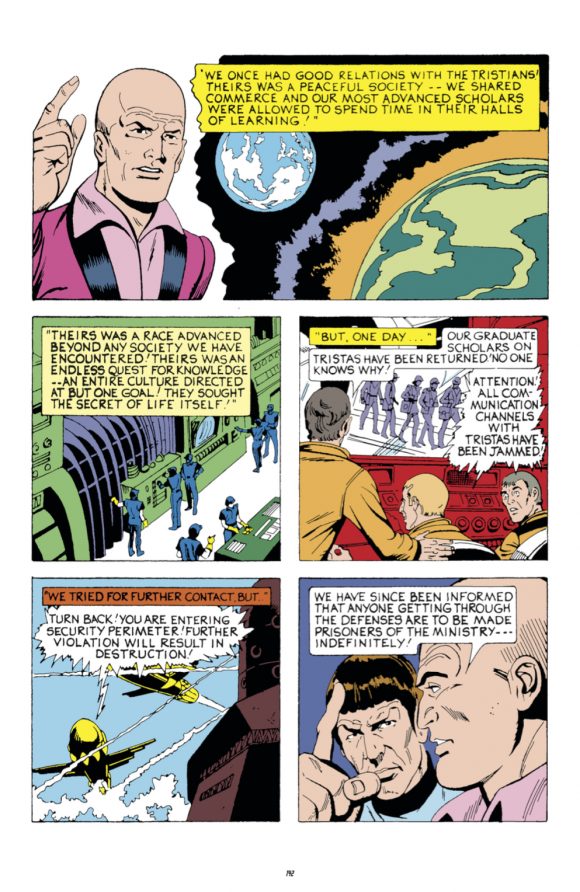 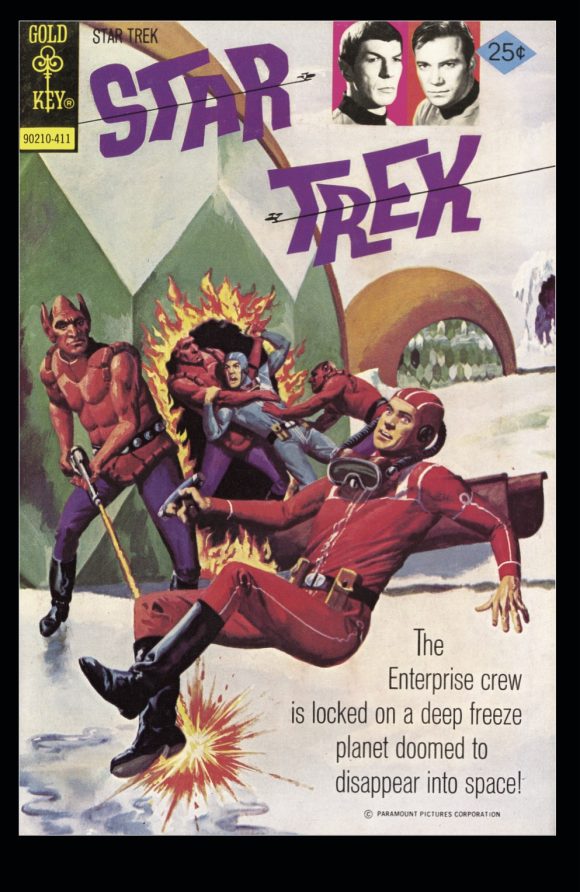 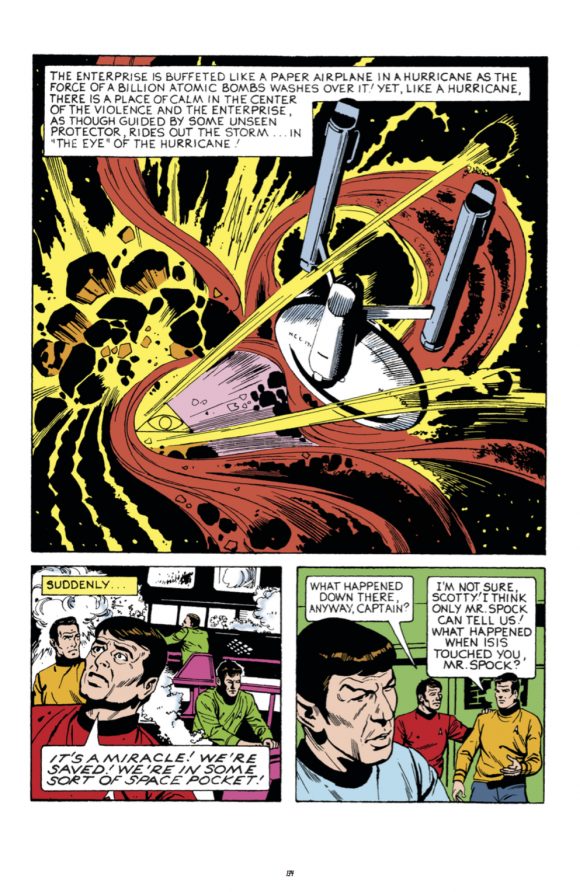 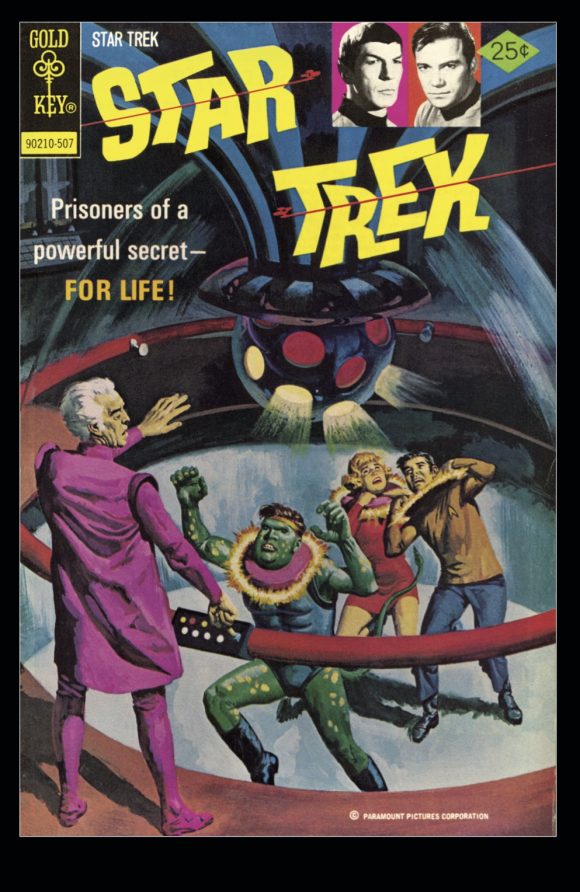