13 Characters That Got Me Through Being a Teenager

Melissa Jane Osborne, the writer of The Wendy Project offers a wonderful list…

Being a teenager sucks. It doesn’t even require explanation. And if it didn’t suck for you, good on ya. For the rest of us, it was degrees of horror and pain, broken up only occasionally by moments of triumph and joy.

Actress and writer Melissa Joan Osborne channels all that in The Wendy Project, an original graphic novel due 7/25 from Papercutz, with lush art by Veronica Fish. It’s an updated riff on Peter Pan, with added the elements of deep tragedy and loss. 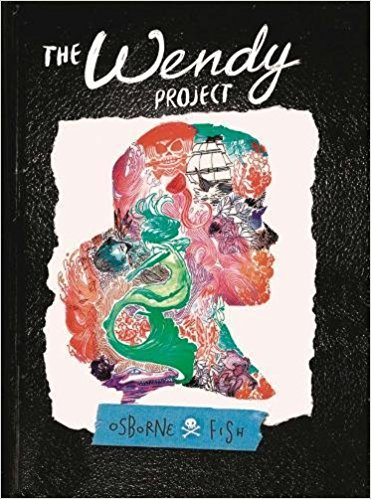 “It is a late summer night when 16-year-old Wendy Davies crashes her car into a New England lake with her two younger brothers in the backseat. When she wakes in the hospital, she is told that her youngest brother, Michael, is dead. Wendy — a once rational teenager — shocks her family by insisting that Michael is alive and in the custody of a mysterious flying boy. Placed in a new school, Wendy negotiates fantasy and reality as students and adults around her resemble characters from Neverland. Given a sketchbook by her therapist, Wendy starts to draw. But is “The Wendy Project” merely her safe space, or a portal between worlds? As Wendy works her way through her emotions of loss, sadness and survivor’s guilt she chooses to confront her feelings and, contrary to Peter’s motto . . . grow up.”

This will be the first time The Wendy Project will be available in book form, having previously been published online and individual issues by indie label Emet Comics. And since no writer is without their influences and inspirations, here’s Osborne with her list of 13 Characters That Got Me Through Being a Teenager.

Throughout, you can check out some of Fish’s gorgeous art.

Ferris Bueller (Ferris Bueller’s Day Off). My junior year of high school I had mono. I was in and out of school for a couple months, and forced to stay home while my body healed. I was pulled away from my friends, depleted, sick and depressed. One thing got me through: Ferris. Every day that I stayed home I watched Ferris Bueller and imagined that I wasn’t sick, and instead was taking the day off for adventures. Although I was more of a Cameron, Ferris was who I wanted to be. Ferris was silly, fun, and fearless. Things just happened for him. He was honest about how crappy high school was. To this day after watching it thousands of times, no movie makes me smile more. “Ferris Bueller, You’re my hero.”

Anne Shirley (Anne of Green Gables by L.M. Montgomery). I found Anne Shirley at 10 or 12 and she followed me through high school. I waited for her to come on PBS, wore out my VHS tapes, and devoured every single book in the series. I watched her change from a lanky melodramatic orphan to a feminist teacher and writer. She was uncensored, intelligent and imaginative. She felt things 110 percent. I understood that. Ahead of her time she denied not one (hold up Gilbert Blythe) but two engagements so she could do her own thing. She accidently got her friend (Diana Barry) wasted and broke a slate over a guy’s head because he touched her hair. Anne Shirley was a boss. 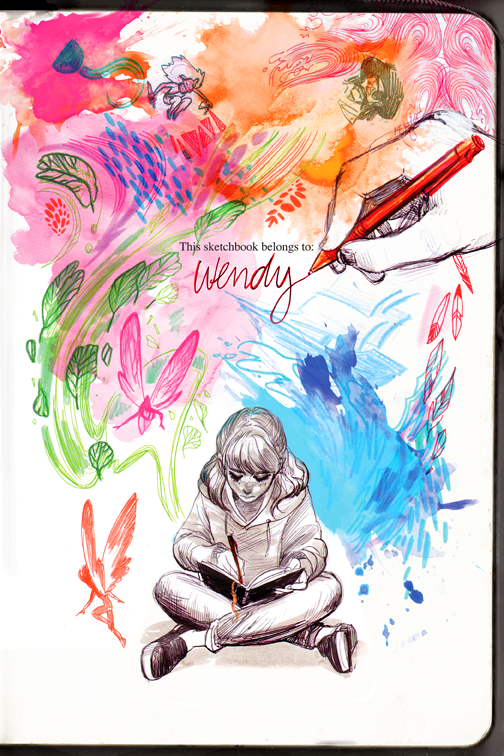 From The Wendy Project

Holden Caulfield (Catcher in The Rye by J.D. Salinger). Let’s be frank, viewing it now, Holden Caulfield is kind of an emo douche. He’s pretentious and cynical. He’s over it. He wanted connection, but couldn’t stand people. He was a contradiction in between worlds, and as a teenager that’s how you feel. That’s how I felt. Holden was incapable of bullshit and shouted out the hypocrisy around him. I wanted to do that. I know some people feel trite saying Catcher in the Rye is their favorite book, perhaps because Holden embarrassingly reminds us of who we were. 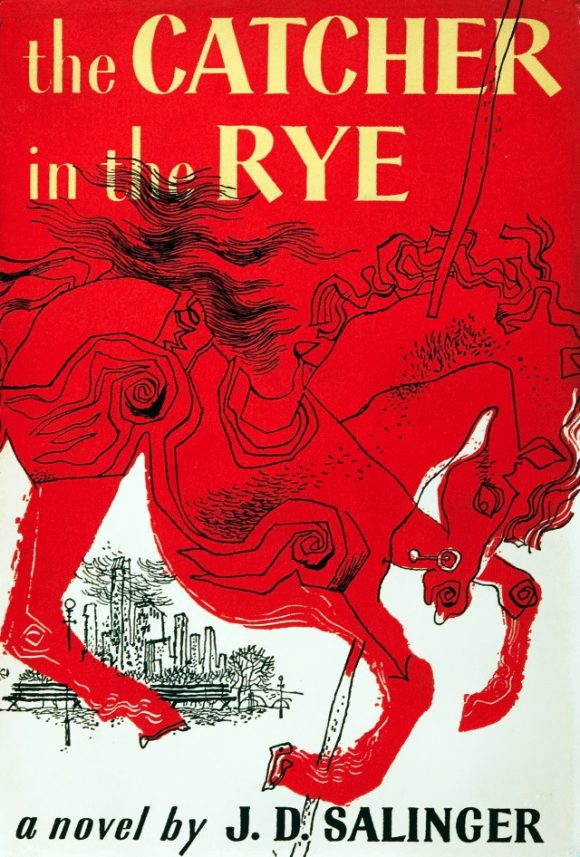 Ally McBeal (Ally McBeal). Ally McBeal, was smart, neurotic, quirky and blonde, and I loved her. She was grounded and she was lost in fantasy. This was my first example of dramedy and I fell in love with the genre. Gloria Steinem lauded Ally as being the death of feminism, but I didn’t care. She followed her impulses. She stuttered, and didn’t edit herself. I loved that a lawyer could wear short skirts, dance in bathrooms, hallucinate babies, and not always win her cases. In retrospect she was a messy narcissist, but to Teenage Me she was enough to make me want to entertain law school.

Angela Chase (My So Called Life). Angela Chase was the realest depiction of a teenager I had ever seen. The way she dyed her hair, her flannel baby doll dresses, the pauses she’d take in sentences; this was not 90210. She was awkward, but could articulate things I couldn’t. “People always say you should be yourself, like yourself is this definite thing, like a toaster or something. Like you can know what it is, even.” She crushed harder than any human in the history of time on Jordan Catalano, the first emotionally unavailable guy I ever loved. He spoke maybe 12 lines of dialogue the entire series, and she filled in the rest for us. She showed the complication of changing friendships. She inserted “like” into a sentence at least 27 times, and it was still far more eloquent than anything I could hope to say. 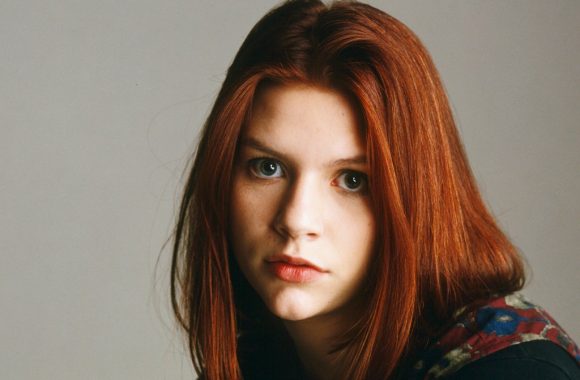 Bartleby the Scrivener (Bartleby the Scrivener by Herman Melville). Freshman year of high school I was placed in 7th period Seminar English. It was there that I met some of my best friends to this day. This was partially luck of the draw and also thanks to our amazing teacher Mrs. Banks who fostered our community of weirdos. It was also thanks to Herman Melville. While I don’t remember much of Melville’s classic, I remember his repeated line “I would prefer not to…’” Being dorky jerk teens when asked to do something we’d incessantly respond with “I would prefer not to.” This joke united us and became our lame battle cry. Bartleby reminds me of a group of friends who were unique enough to find teenage angst in a depressed 18th century law clerk. In that single sentence we created a safe space for us all to be ourselves.

Pacey Witter (Dawson’s Creek). Pacey Witter was my teen dream boyfriend. (Excuse me a moment while I gather myself.) Pacey was a witty, charming, underestimated, lovable mess. I didn’t care that he wore ugly Hawaiian shirts, or had frosted tips for a season. Sure he was the ‘bad boy,’ and disconcertingly slept with his adult teacher, but he was everything. With one look he could make you abandon a fully paid trip to Paris. He was so awesome that we were all routing against Dawson (the show’s namesake and Creek purveyor) so Pacey could get the girl. He bought Joey a wall, and took her in a sailboat for the entire summer. He let his first love (Andie ‘Headband’ McPhee) go so she could get mental help. While Dawson was ugly crying and watching ET 134 times, Pacey stood up to bigoted teachers and broke gender stereotypes. It should have been Pacey’s Creek. 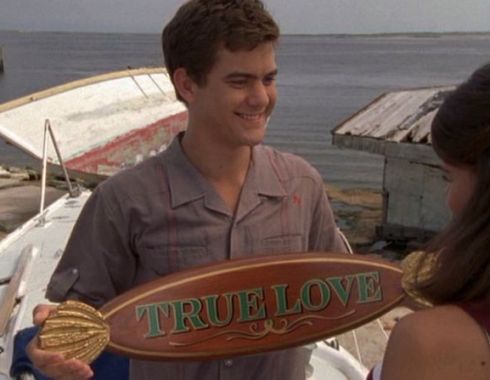 Viola (Twelfth Night by William Shakespeare). During a rough time of high school, my mom gave me Shakespeare’s complete works. I would sit on the grass in our yard getting lost in the language and transporting someplace else. Viola was and is my favorite character. She was a strong young woman taking the narrative into her own hands. All the action in the play is motivated by Viola. In disguise as a boy her power didn’t come from her beauty, but her intelligence and charm. She is armed only with her words, and she uses them. While the other characters are lovesick and fickle she’s steadfast and resolute. She was one of my first examples of what a strong female character can be. 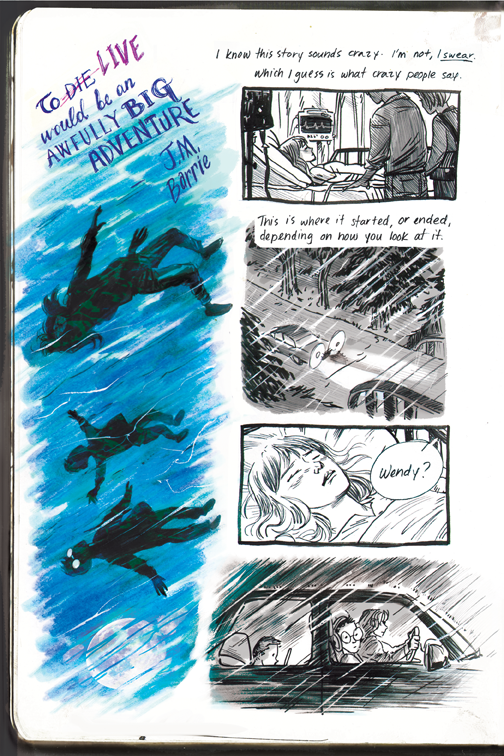 Felicity Porter (Felicity). Hey. At first glance Felicity Porter seems like a really cute stalker. She followed a guy she spoke to once across the country. As a teenage girl, I got it. She was a girl who for the first time in her life followed an impulse, and while it seemed like it was about the guy, it wasn’t. She followed the guy to find herself. Felicity dressed like a college Annie Hall (another character that got me through high school.) She didn’t really care about makeup. She had a moral indignation that exasperated those around her. She, like the rest of us, couldn’t decide between Ben and Noel (TEAM NOEL). She, unlike the rest of us, got both endings. She dropped out of Stanford and went to college for art; I went to college for theatre. She upset her parents and went to the fictitious University of New York. Mine weren’t thrilled when I transferred to NYU. She made me wonder what was possible after high school, and gave new meaning to the word “hey.” 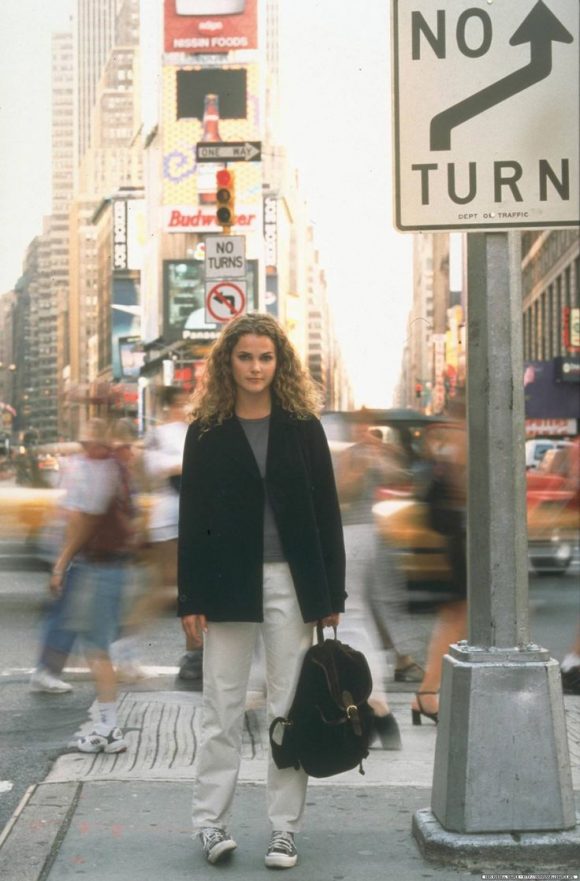 Eugene Morris Jerome (Brighton Beach Memoirs by Neil Simon). Brighton Beach Memoirs was the first play I ever connected to that I couldn’t see myself in. Eugene Morris Jerome, the 14-year-old avatar for Neil Simon, was its narrator. I devoured all three plays, read Simon’s complete works, and his autobiographies. On a trip to New York I met Neil Simon outside the St. James Theatre. He was utterly confused by the sobbing blonde teenager before him, fan-girling over a geriatric playwright. I stammered and told him that Brighton Beach Memoirs, made me want to make theatre. “You? There’s nothing in it for you.” He was wrong, there was so much in it for me. While Eugene wasn’t the most complicated character in the history of theatre, he was a door that opened it up for me.

Invisible Man (The Invisible Man by Ralph Ellison). I read The Invisible Man when I was 16, and I’m ashamed to say that it was first time that my privilege was checked. Growing up in a liberal home, race was discussed, but I think I was naïve to the realities of the African-American experience. Ralph Ellison immersed me in a perspective that was not mine. His narrator forced me to confront experiences that I as a white, middle-class woman could never have. It opened me up to the power of a first-person narrative, which I use in a majority of my own work. To be in someone else’s head was an amazing gift that shifted my perspective in life, and as an artist. 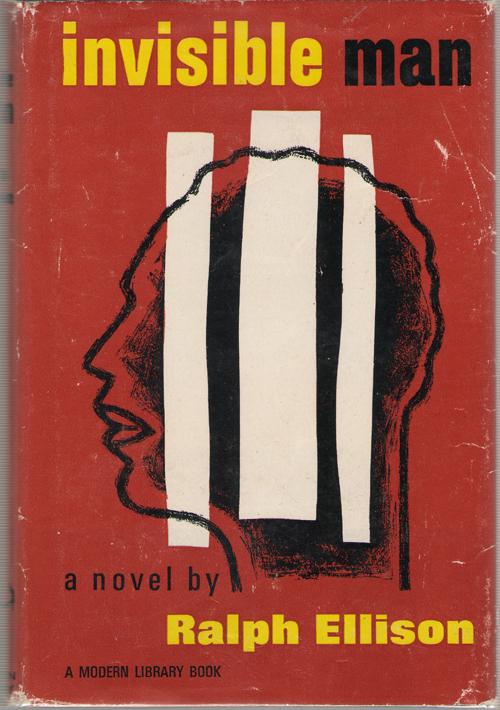 Animaniacs (Yakko, Wakko and Dot Warner). High School can be really intense. As a teenager I took myself way too seriously. I needed humor to get through. So in addition to religiously watching SNL every Saturday at whatever house I was at, I turned to my childhood staple of Animaniacs. Sure it was a cartoon, but it was a smart cartoon. I’m not even sure what species Yakko, Wakko and Dot are, but they made me laugh. More importantly they made my dad laugh. We’d sit together watching cartoons, and for a moment I’d still be his little kid.

Celine (Before Sunrise by Richard Linklater). In the first installment of Richard Linklater’s trilogy, Celine is a badass. As she ages throughout the trilogy she evolves into a more grounded person, but as a teen girl I wanted to be Celine the romantic. She’s traveling Europe on her own. She’s open to the adventure of one beautiful evening with a stranger. She’s philosophical and rambly. She’s magnetic and French! She has her entire life ahead of her and she knows it. I wanted to grow up, meet attractive strangers on trains and walk around Vienna for hours just talking. I was in suburban Pennsylvania, barely could drive, and was far from French. 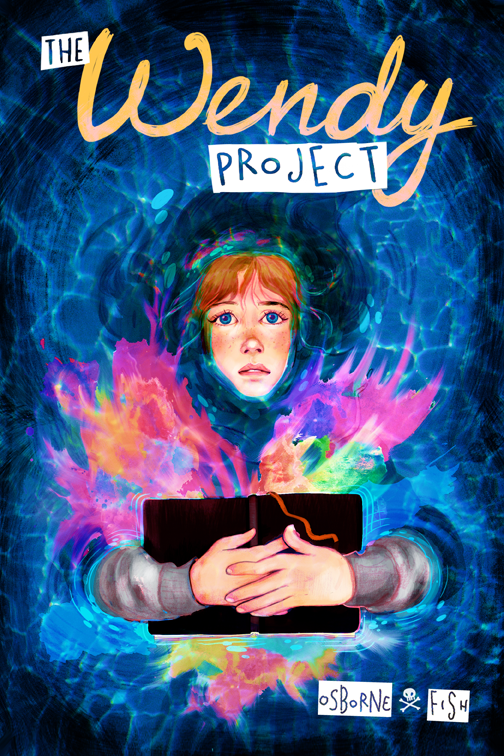 The Wendy Project will be available 7/25, from Papercutz.