REVIEW: The Holy Grail of James Bond toys has finally roared into my proverbial garage — decades after I first saw it. 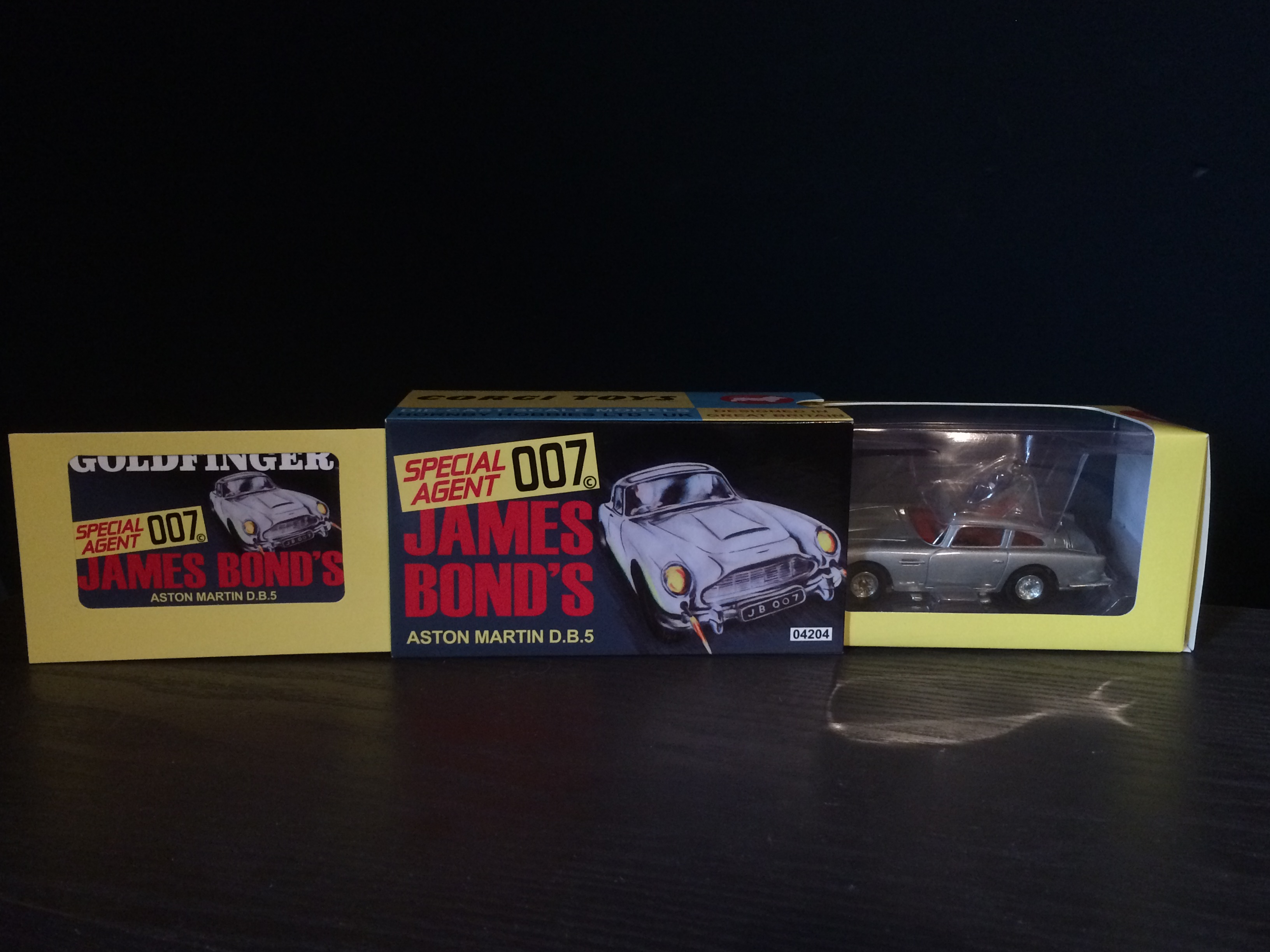 Why it’s taken me this long I can’t rightly say, but I finally have a Corgi Goldfinger Aston Martin DB5 — the greatest of all Bond toys.

Some kid brought one into school when I was a kid and showed it off — ejector seat and all. I wanted it as much as Auric Goldfinger wanted all those shiny bricks in Fort Knox.

Alas, I was not a boy of means and so I had to live without. As much as I love Bond, it’s not an everyday thing with me, so as years went by, there was always something ahead of that Aston Martin. But whenever I happened upon a version of it, my heart would soar like Pussy Galore’s Flying Circus. 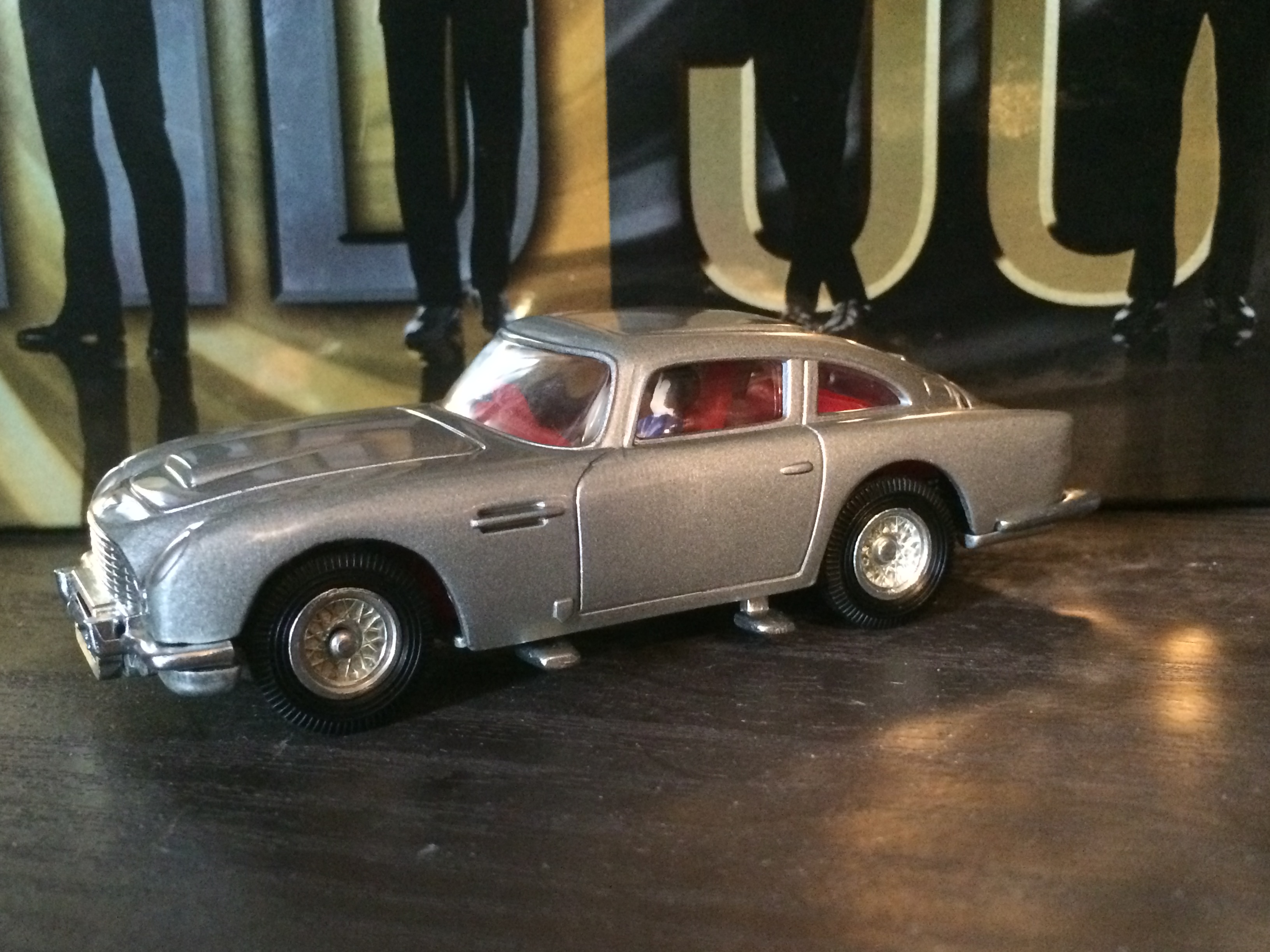 Then I recently saw that Corgi was re-releasing a 50th anniversary version of the toy, evidently an exact replica of the first ones off the line in 1965. Perfect timing. It only seemed right that I should pick one up just as the company was celebrating the toy’s golden jubilee. 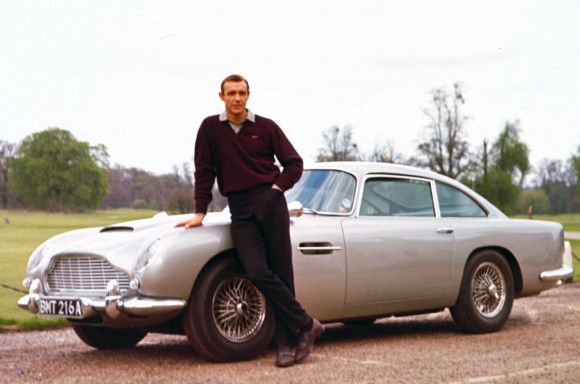 The box mimics the original Corgi packaging, complete with retro-styled imagery and lettering. There’s an old-school looking set of instructions and the box slides open to reveal a display platform and an kinda-sorta ID card. 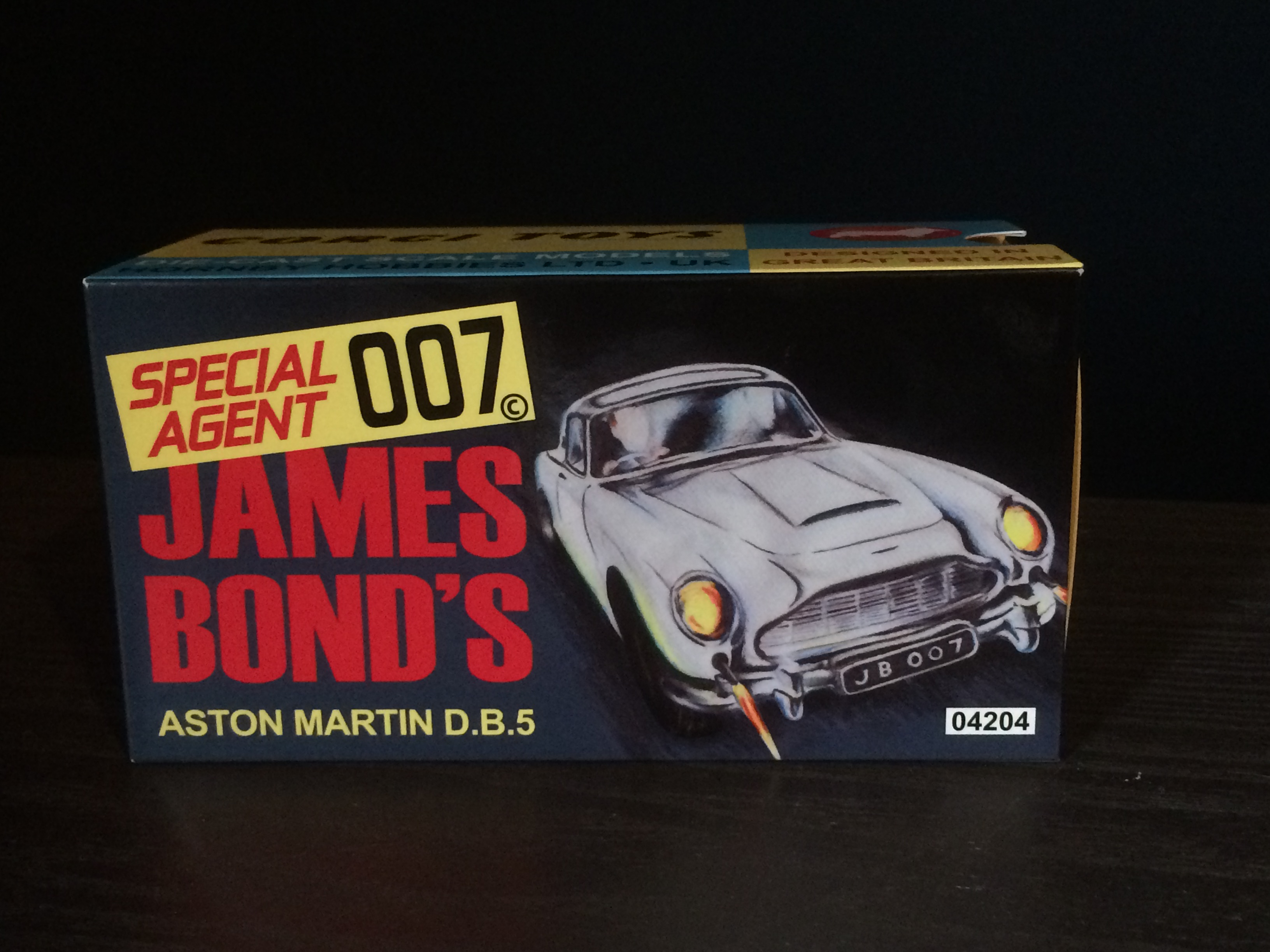 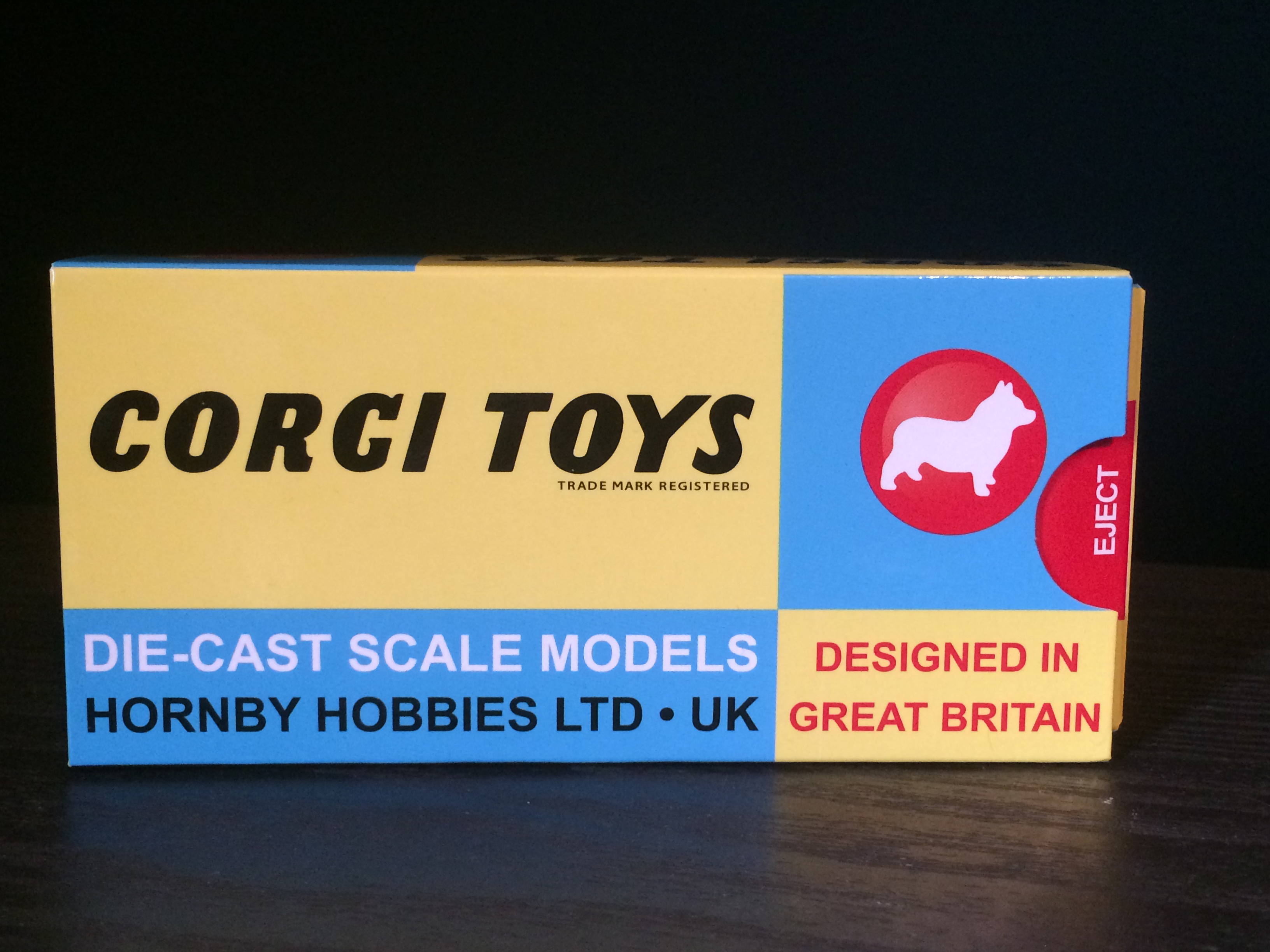 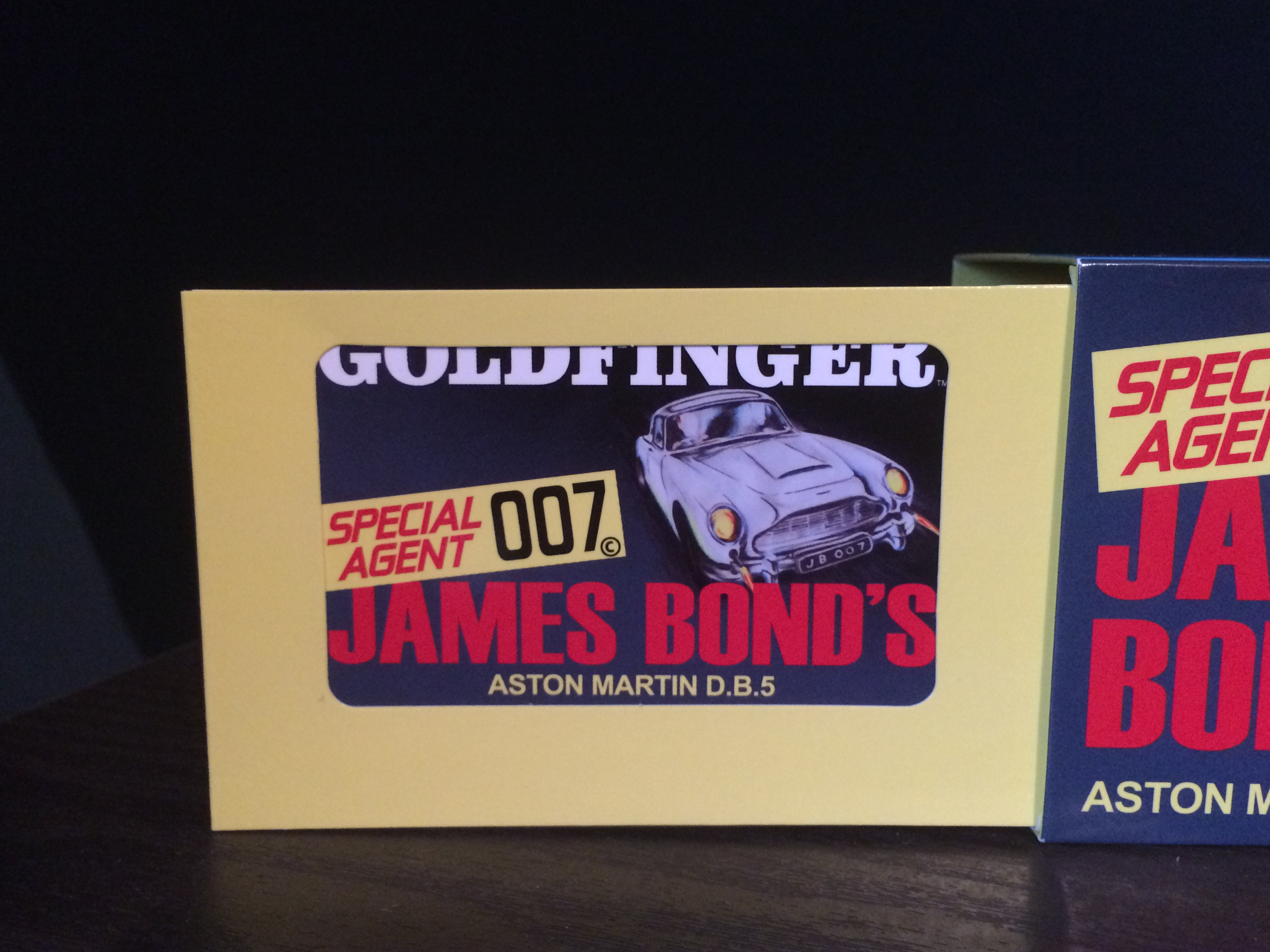 The vehicle is the appropriate silver color — there’s also a gold special edition — and it’s tricked out with said ejector seat (works like a charm) machine-gun turrets, changeable license plates and a pop-up metal screen to protect the rear window from excitable gunmen and grannies. 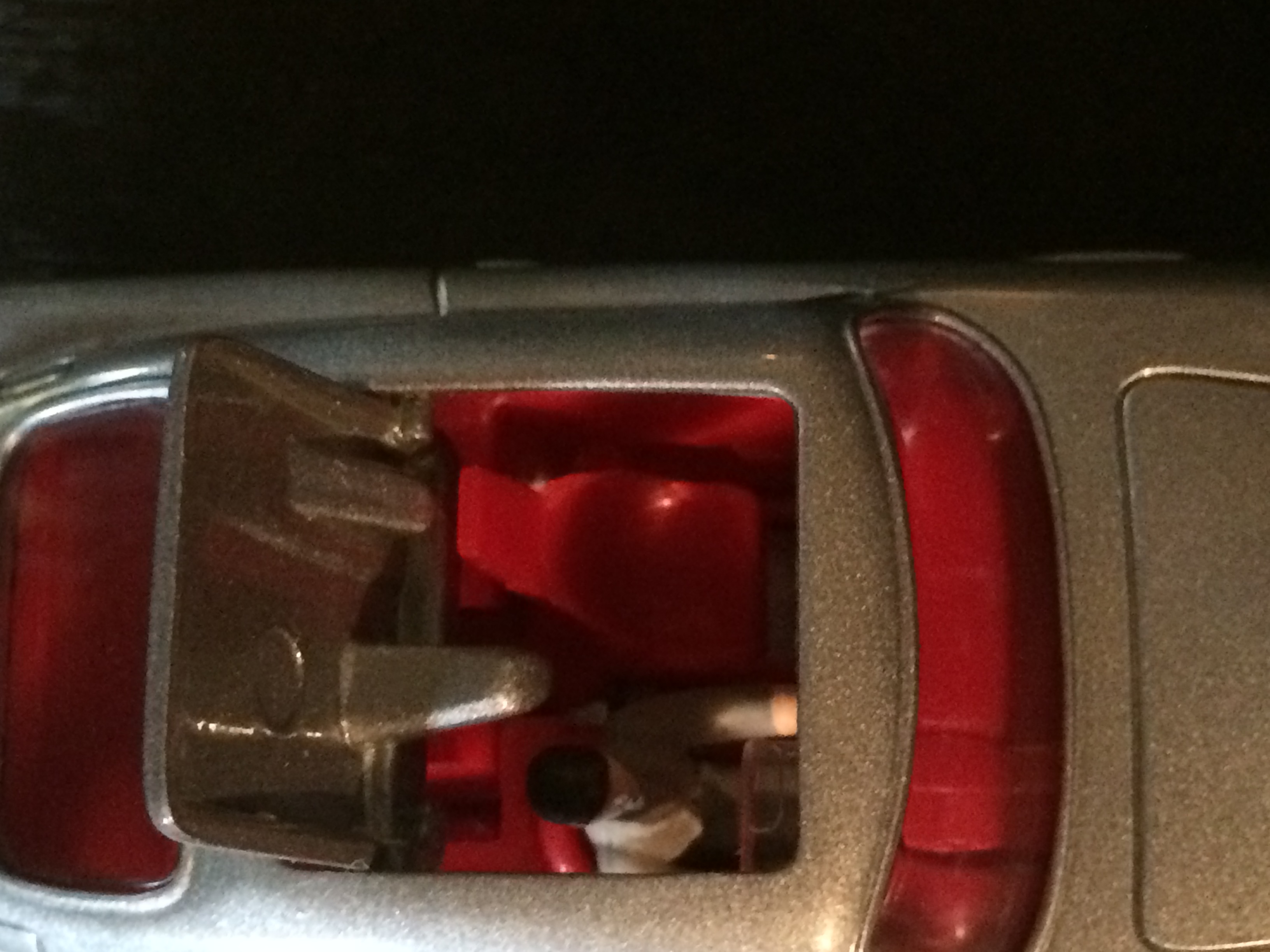 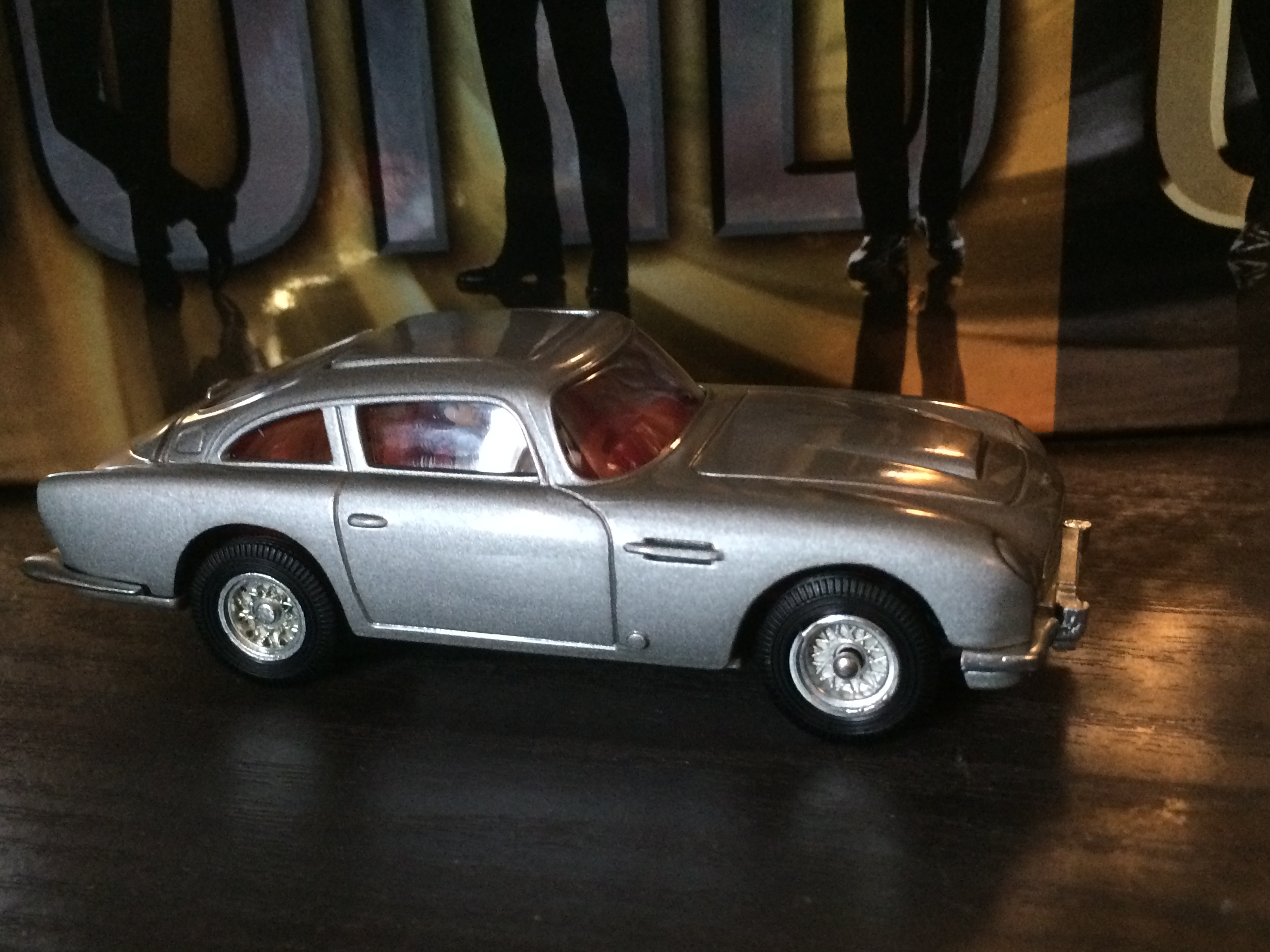 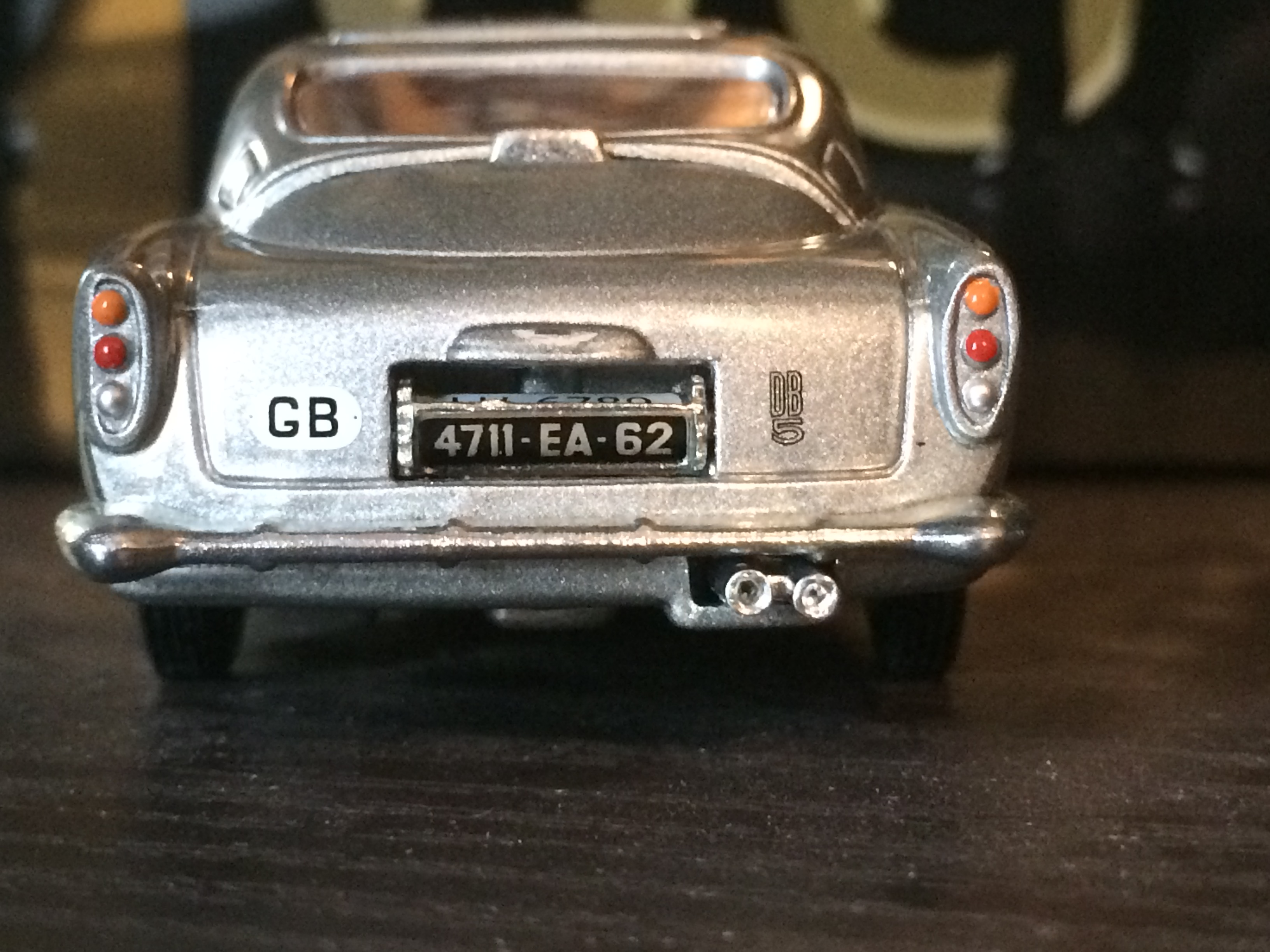 I do have to point out it’s smaller than the one I’m accustomed to seeing and doesn’t have those tire extensions designed to tear up the car next to you. So I was disappointed when I realized I’d plopped down almost $50 for it.

But I live with it because I do love a good replica of a favorite pop culture artifact, especially when you consider the mimicked packaging.

Besides, this just means I can continue to search for one just like that kid brought to school that day. 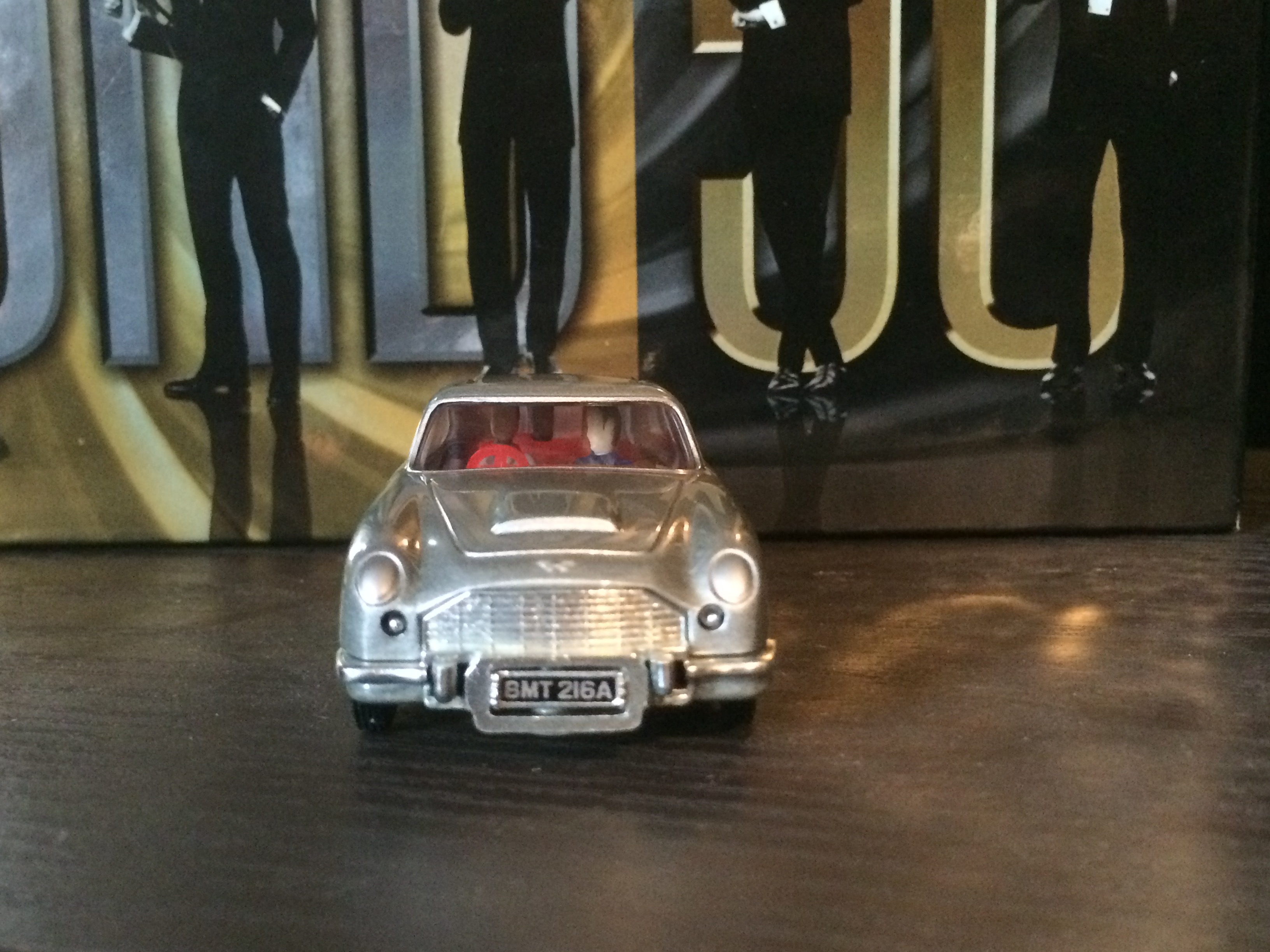