PIX! PIX! PIX! We serialized it here at the site but seeing it in person is another thing entirely.

Had a great night the other night: Arlen Schumer on Thursday launched his summer-long exhibit on the late DC Comics master letterer Ira Schnapp.

To the uninitiated, this would seem like dry material. It’s anything but. As we chronicled over the last five weeks or so, Schnapp was an artist who brought special life to the work of others, whether it be on DC’s Silver Age covers or house ads. And he was responsible for so many of the best-known logos in the company’s history, going all the way back to Action Comics. 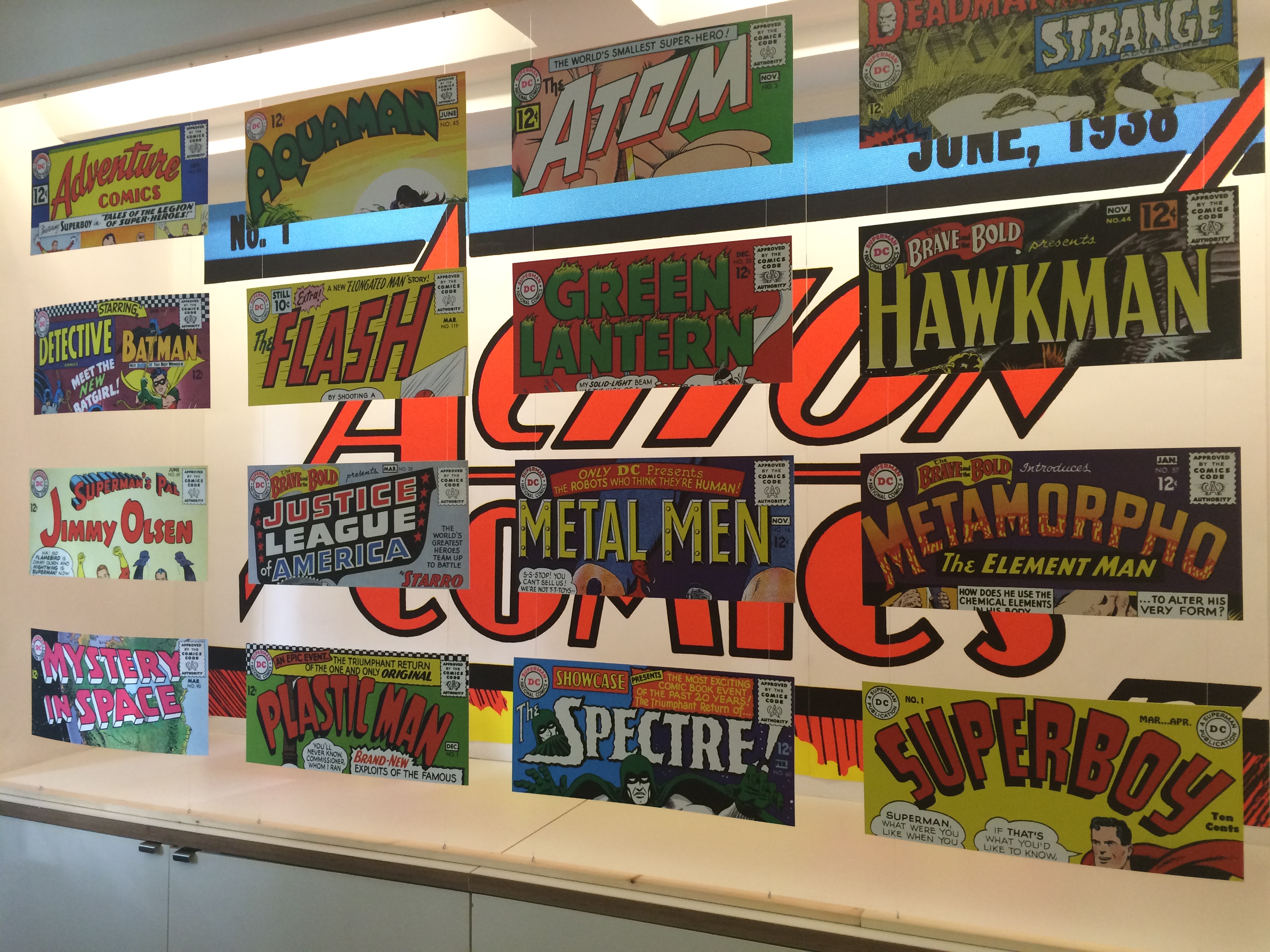 Arlen‘s exhibit honors Schnapp‘s legacy in prime fashion. It’s a one-room display at the Type Directors Club of New York. So it’s small in size, relatively speaking — but it’s massive in scope — best evidenced by the 14-foot long Superman logo decked across a wall (created by A to A Studio Solutions, the sponsor of the event). 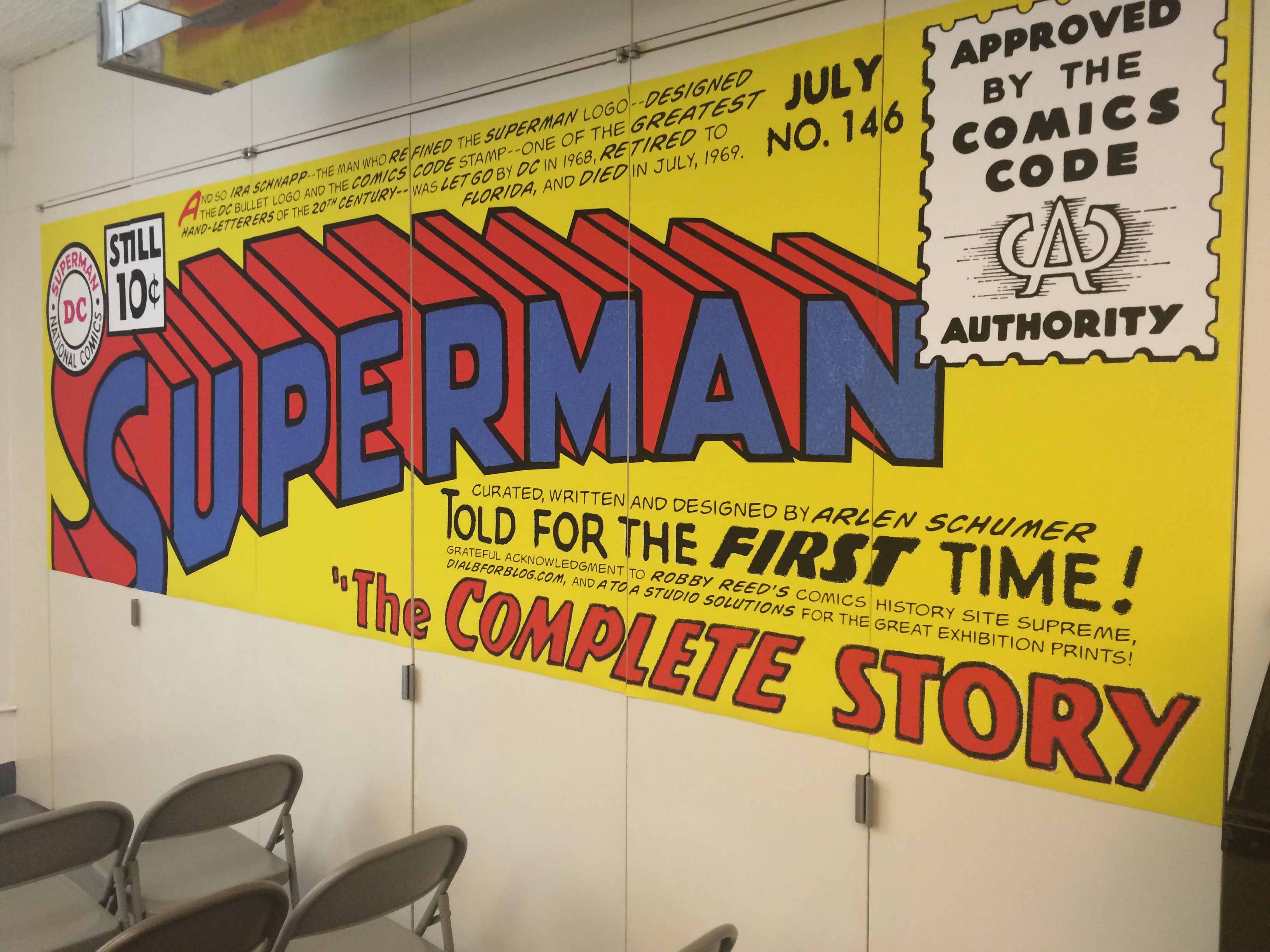 There are blow-ups of house ads and logos, each one a piece of art, not just in the way Schnapp created them but in how Schumer curated them and built the display.

You walk in greeted by Jack Adler‘s portrait of Schnapp and inside the main room, there’s a display that convey’s Schnapp‘s pre-comics work — like designing the lettering for the New York Public Library‘s stone facade. Across the main wall, there are three alcoves, each backed by a massive series of logos and designs — including, yes, Action Comics. 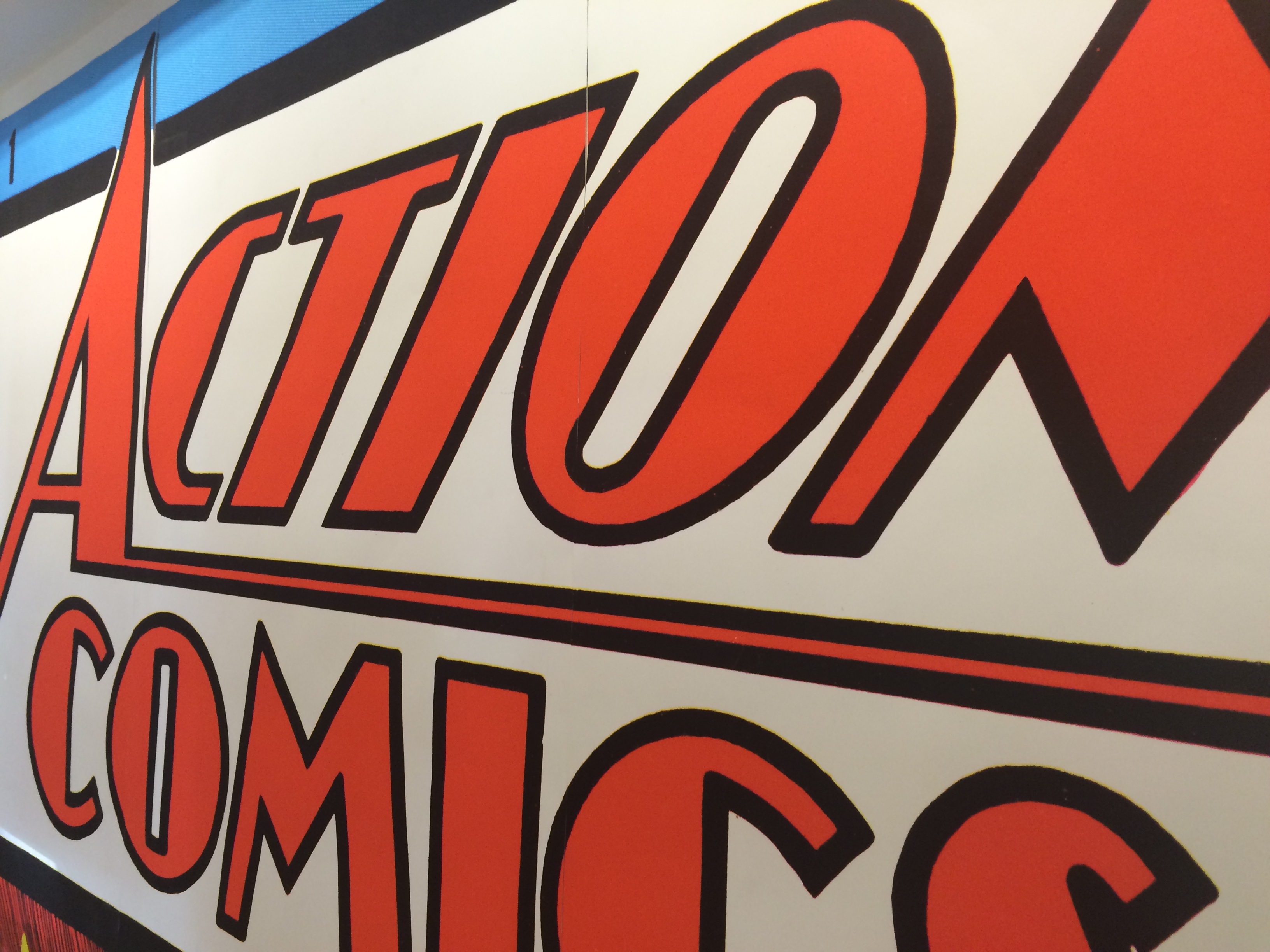 Hanging in the front of each alcove are beautiful, enlarged examples of Schnapp‘s artistry: One the left, 16 of his best logos; in the center, a series of full-page house ads; on the right, a similar selection of half-page ads. 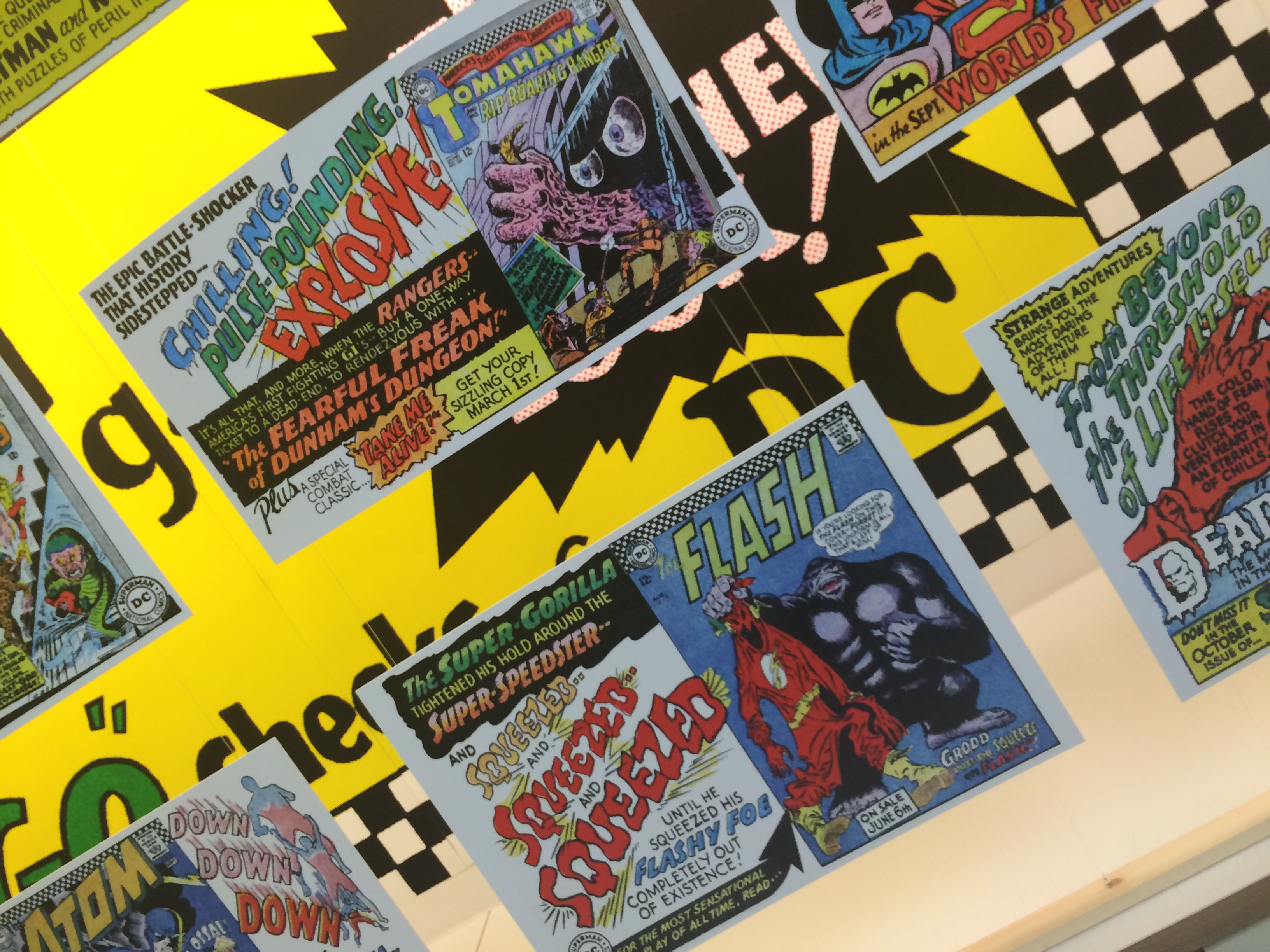 On the back wall is another selection of six full-page ads that Arlen deems Schnapp‘s best. 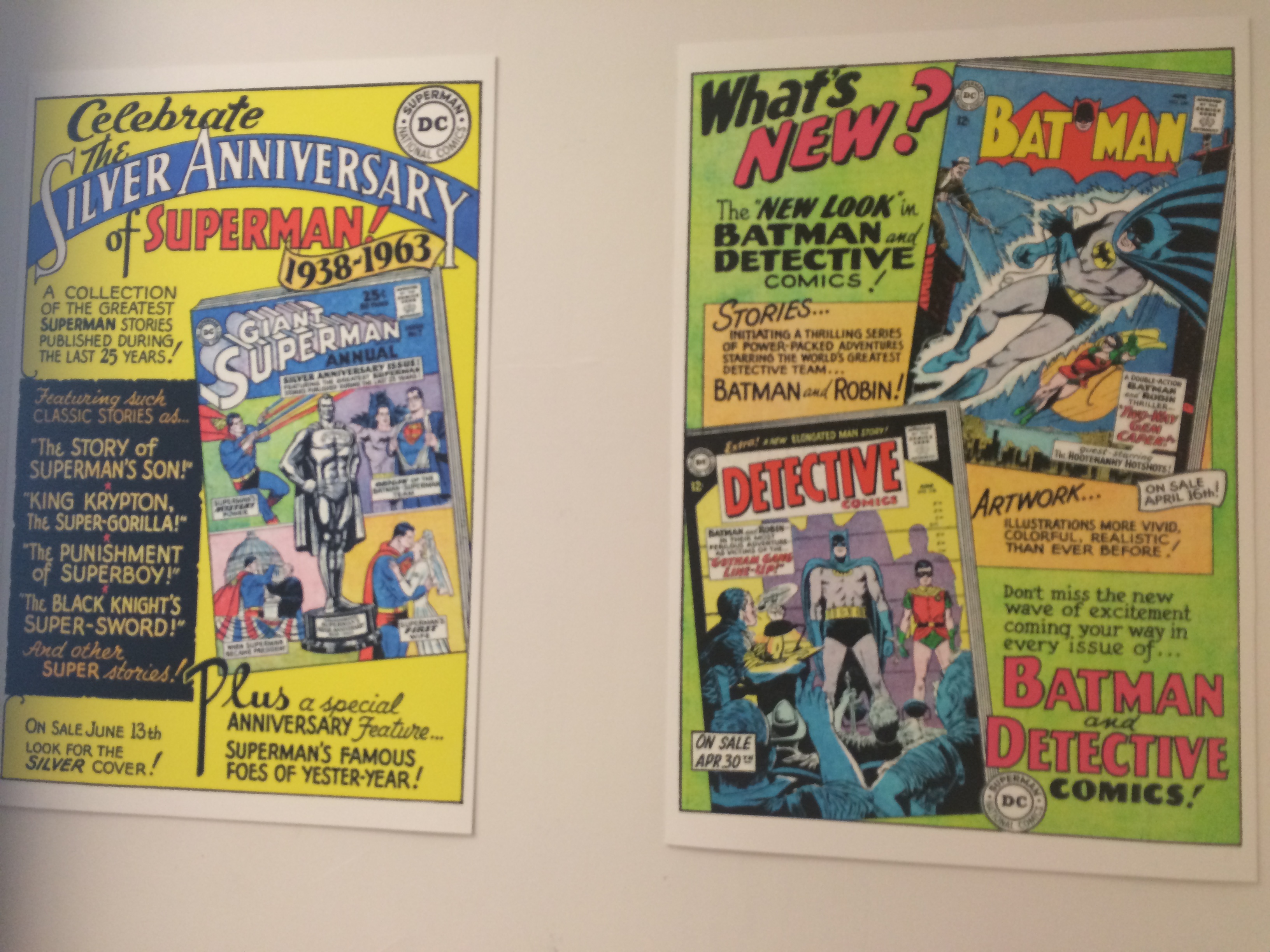 On opening night, the full house was treated to beverages — including a variety of , no lie, schnapps. The highlight was the printed cookies featuring the great Schnapp logos on display. Arlen happily dubbed them “shnaps.” 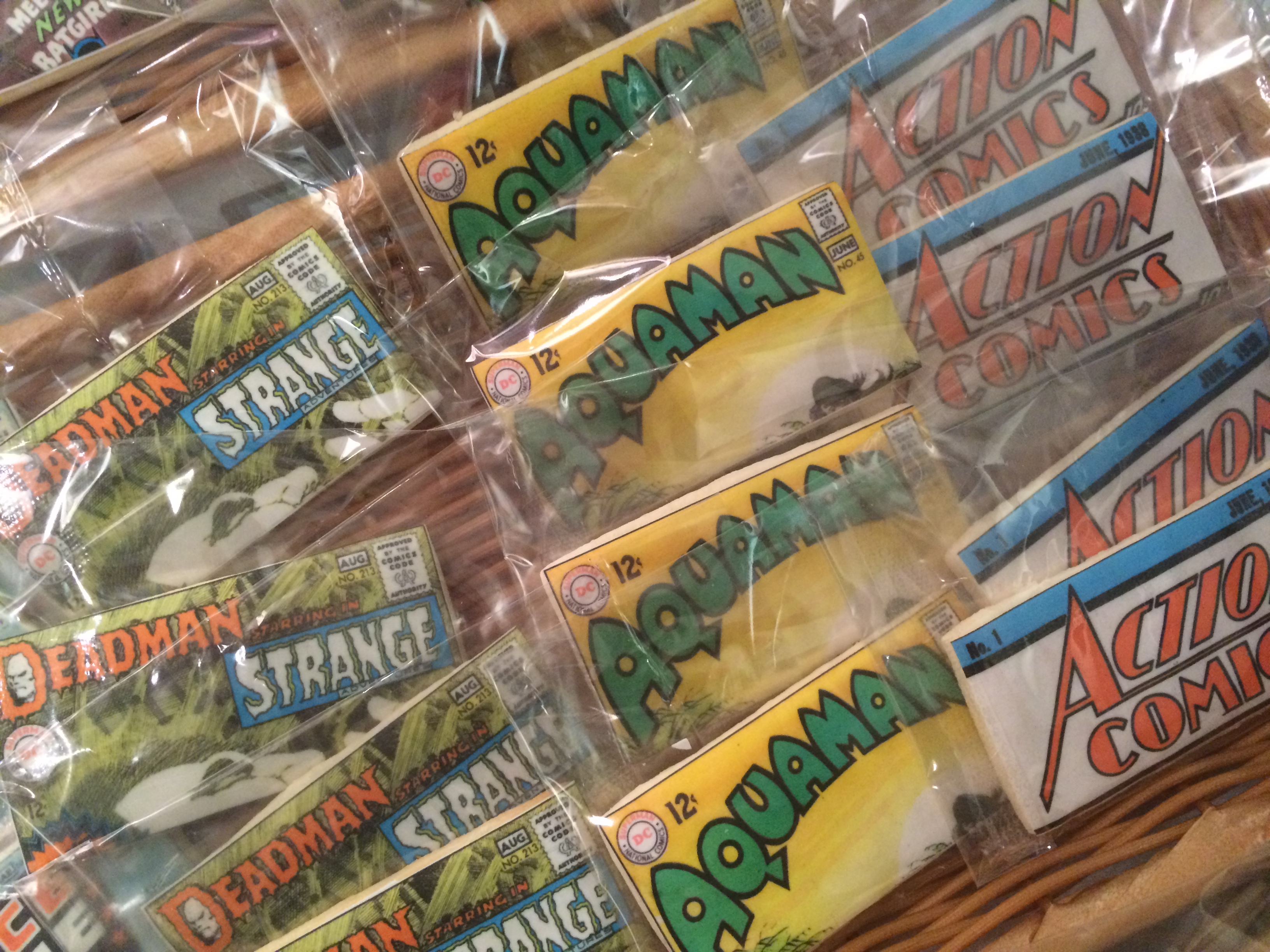 (I chose Detective, of course, but man, I had my eye on that Aquaman logo …) 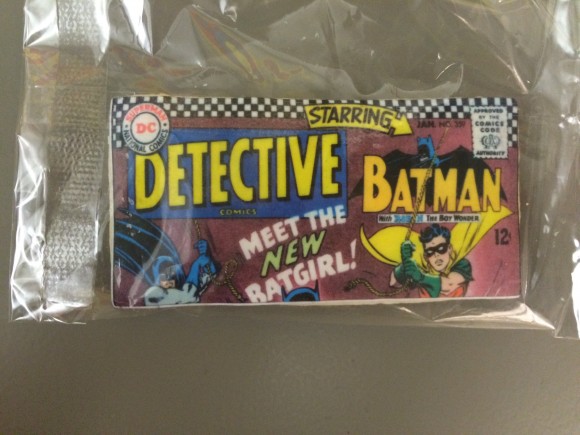 Unlike the rest of the summer’s exhibit, which is open by appointment, the opening also featured a lively and entertaining presentation by Arlen, who has enough energy to power if not Metropolis, then at least Midway City. Dude loves the subject and it’s infectious. 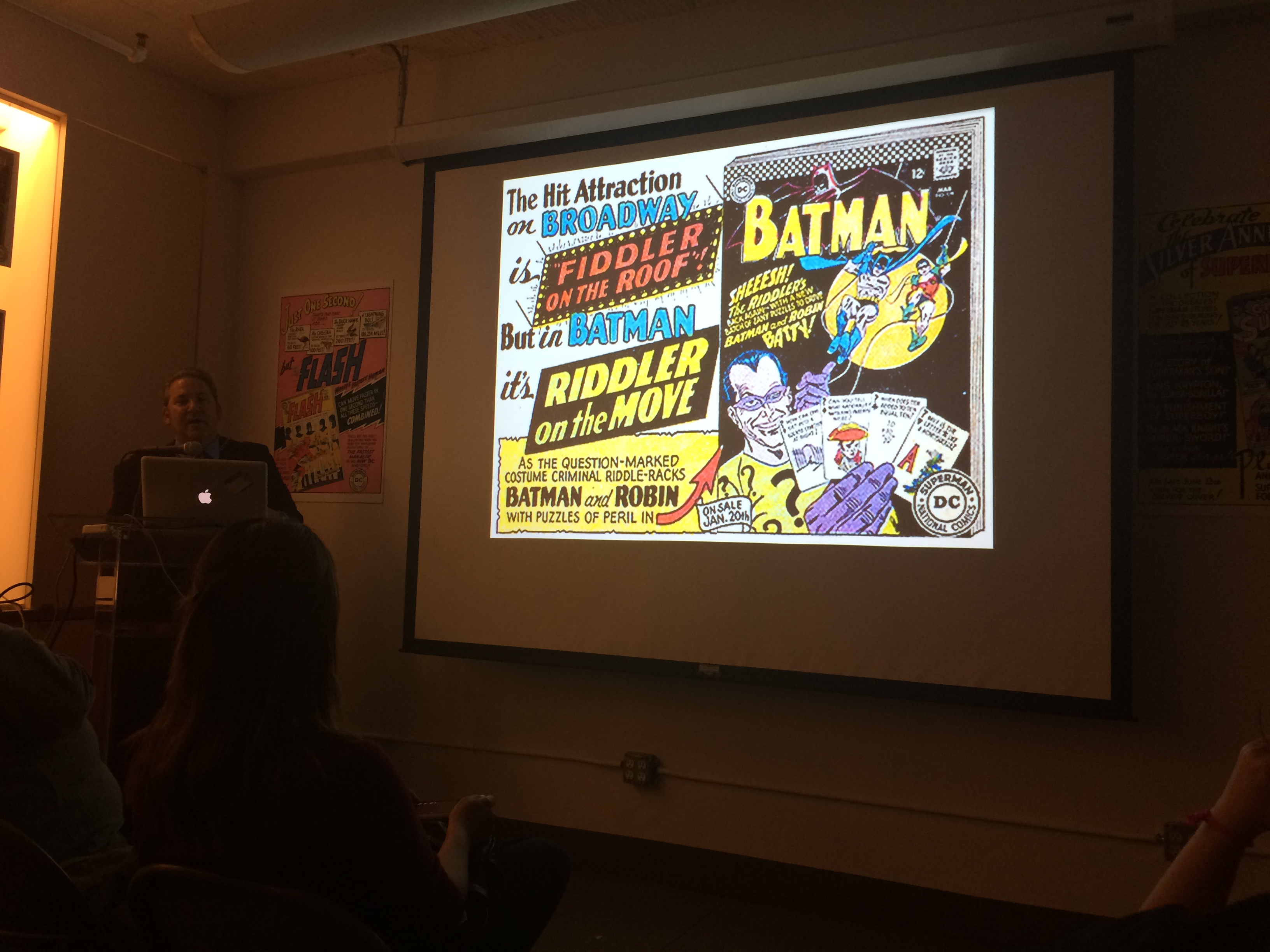 Anyway, if you’re in New York this spring and summer, I highly recommend you check out this loving tribute to an unsung artist.

For more info or to arrange a visit, email director@tdc.org. The club is closed from June 22 to July 3, 2015. To contact Arlen, hit up his website.

Meanwhile, here are some more schnapshots from the exhibit: 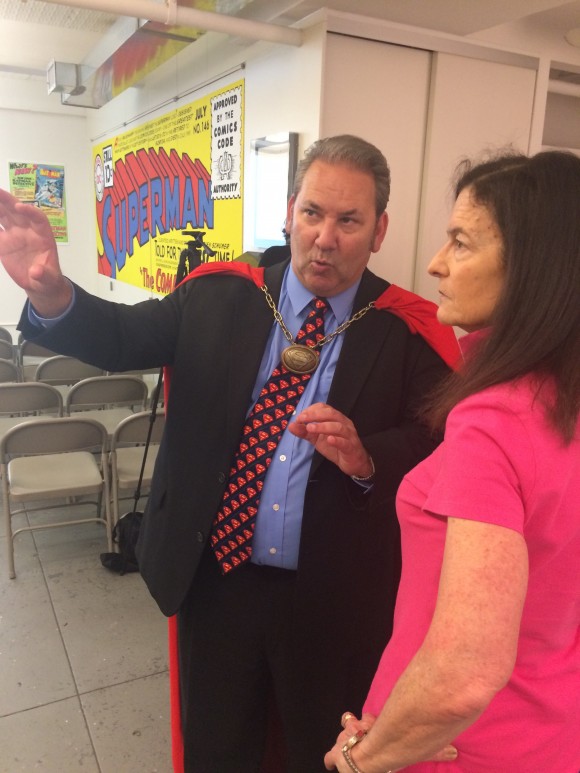 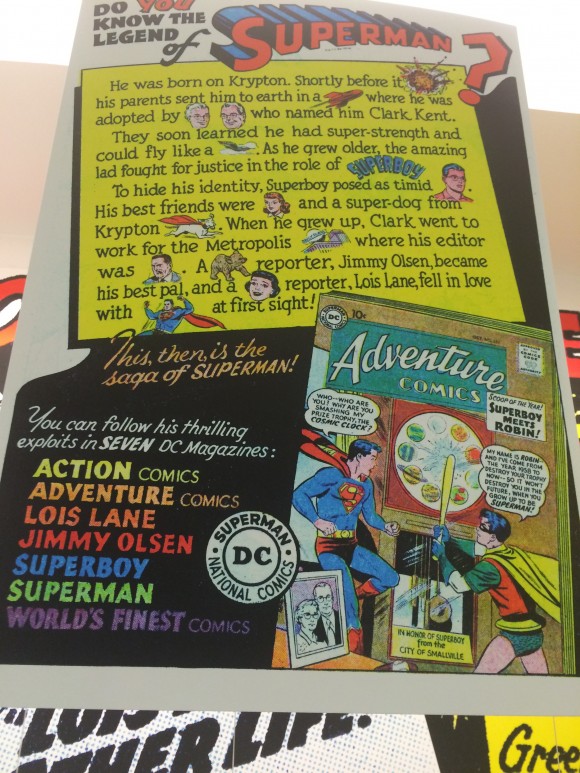 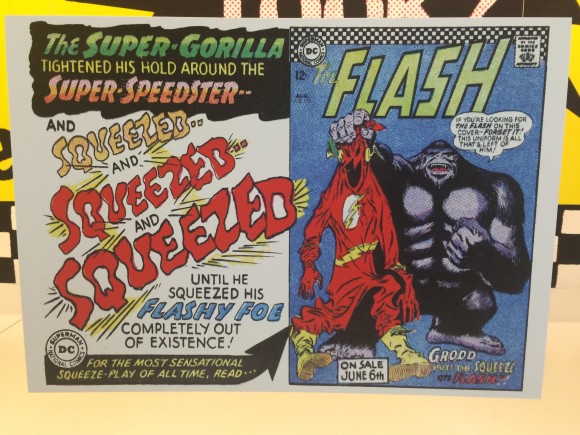 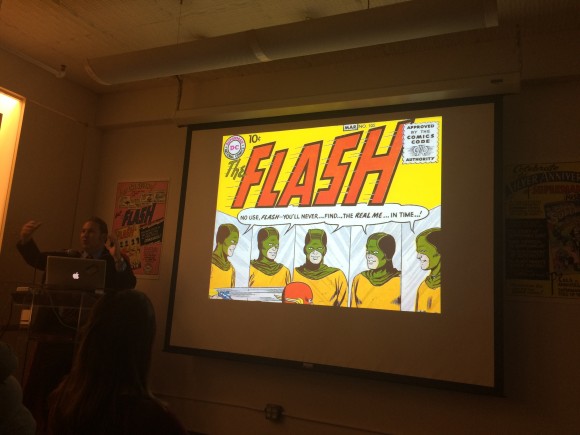 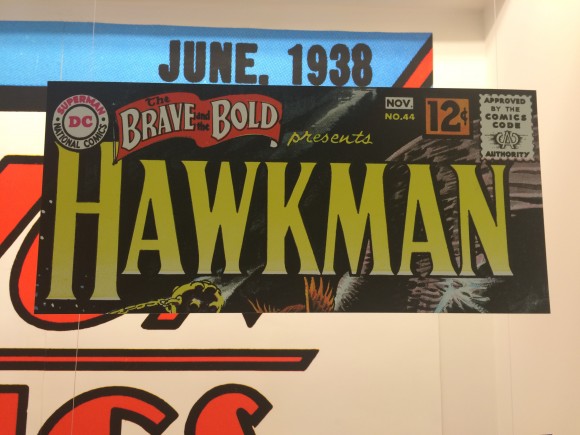