Jai Nitz writes Dream Thief from Dark Horse and lives in Kansas.Avengers Arena, Marvel. Writer Dennis Hopeless and artist Kev Walker are doing a fantastic job on this offbeat series that reads like a cross between “Hunger Games” and “Lost.” starring teenaged costumed crime-fighters. The villain Arcade has kidnapped various young superheroes from around the Marvel Universe and pits them against each other in a battle to the death in his aptly named Murderworld. The kids are pushed beyond their breaking points in an action-drama that is filled to the brim with surprises. I have no idea what’s going to happen next, and that’s what eagerly brings me back issue after issue. It’s Marvel’s best title since Nextwave. 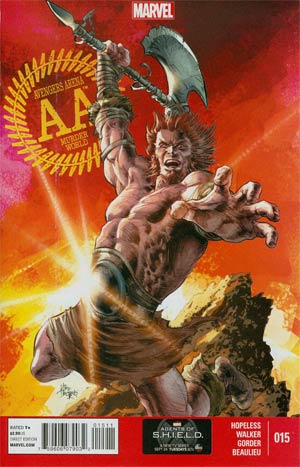 Walking Dead, Image. I’ve been buying Walking Dead monthly since the first issue. Robert Kirkman and Charlie Adlard are still putting out a fine comic after a hundred issues together. The story has never been as much about zombies as it is the monsters that we become when driven to extinction, and the latest arc is no exception. Also, the soaring popularity of the television show is a perfect gateway to this and other comics in a way that summer blockbuster films have never achieved. 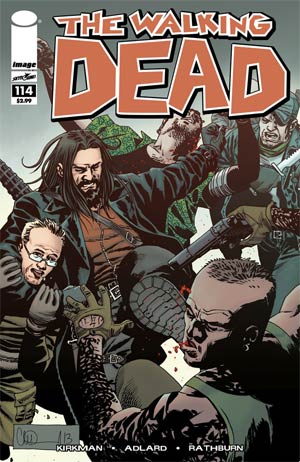 Saga, Image. Saga is not science fiction. Saga isn’t going to get into the minutiae of hyper-drives and space travel. Saga isn’t going to speculate where human culture is headed and what happens when we expand beyond the borders of our solar system. Saga is a love story during a time of war and it pulls every heartstring you have. Brian K. Vaughan and Fiona Staples will make you care, wince, gasp, smile, think, and sigh every issue. Saga is perfect for fans of the original Star Wars trilogy, Harry Potter novels, and George R.R. Martin. It’s epic space-fantasy at its finest.

Other Books I Read:

Adventure Time, Boom! A great companion to the show. I buy it for my boys but end up reading every issue myself.

God Hates Astronauts. Maybe the best book on this list. If you love comics you need to read GHA by Ryan Browne. It’s free online.