Thor: God of Thunder, Marvel: I’ve always loved Thor, but he’s one of these characters I know I should never write. I can fake Thor in a group, but there’s something about that majesty and the richness of the language and the mythic field, you know, I love it, but it’s just not in my wheelhouse, and writer Jason Aaron is killing it on that book.

Every single issue is just out of the park. I can’t wait. I’ve actually snuck into Marvel … because I just want to read Thor. I get to be at creative summits, and I get to hear all the other creators walk through a year of their stories. So I even know what’s coming and I read it. It’s just so well done. 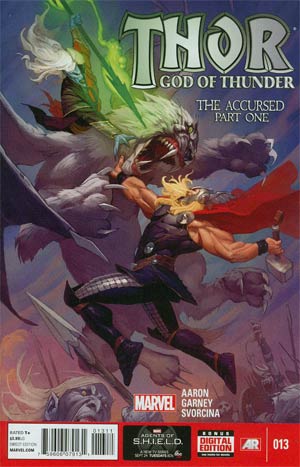 Daredevil, Marvel: Writer Mark Waid’s Daredevil is just one of the best books in the entire industry. It’s taken this franchise that has had this certain mood and feel since the ‘70s and shaken it up and done all new things with it. It’s exciting and it’s all really good, done-in-one stories. Every minute … is great. How does he pack so much in? Great character work, everything. I love Daredevil. 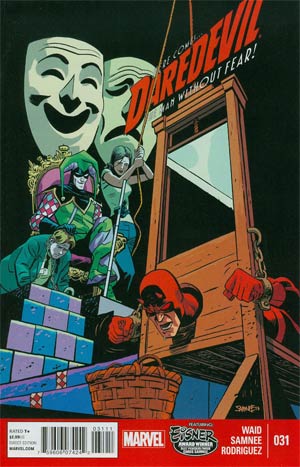 The Walking Dead, Saga, and Chew, all from Image: It’s great reading stuff that isn’t about superheroes. It’s just about compelling characters in different kinds of worlds.

Whether it’s a world of zombies with Walking Dead and some of that survivor horror mixed in with, ‘What’s it like when there’s no TV?’ and everyone relates on a far deeper level.

Chew is this bizarre, psychedelic procedural, about a guy who can get readings from eating things. … Chew is wonderfully bizarre.

Saga is just the most magical read out there. You never know where it’s going, you’re compelled. It feels like you’re reading the next “Star Wars,” the next great epic.