The Day the BATMOBILE Came to My House

The EAST COAST COMICON is this weekend at the Meadowlands in North Jersey. It’s the sister show to 13th Dimension and it’s an outgrowth of two earlier shows — the Asbury Park Comicon and the New York Comic Fest.

One of the main attractions this weekend, as it was for both those shows last year, is Jeff Breden’s 1966 Batmobile.

Jeff is a great guy, affable and unassuming. He really loves the Batmobile and he knows he has something special. The best part is that he seems genuinely proud of the joy people get just looking at his custom roadster. 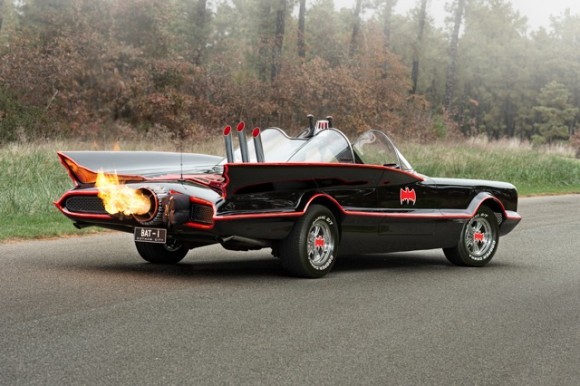 Anyway, last year the New York Comic Fest was held in my hometown of White Plains, N.Y. And on a lark — a total lark — I asked Jeff if he’d pick me up in the Batmobile and take me to the show.

I figured, “What the hell, why not ask?” I didn’t expect him to say yes.

In the weeks leading up to the show, I asked him a couple of more times, “Are you sure this isn’t gonna be a problem?”

He never hesitated once. “Oh, yeah, no problem.”

But I still expected some kind of hiccup until I looked out the window of my house that sunny morning. There it was: The Batmobile.

Like a kid at Christmas, I ran outside. Incredible. The Batmobile. In front of my house. 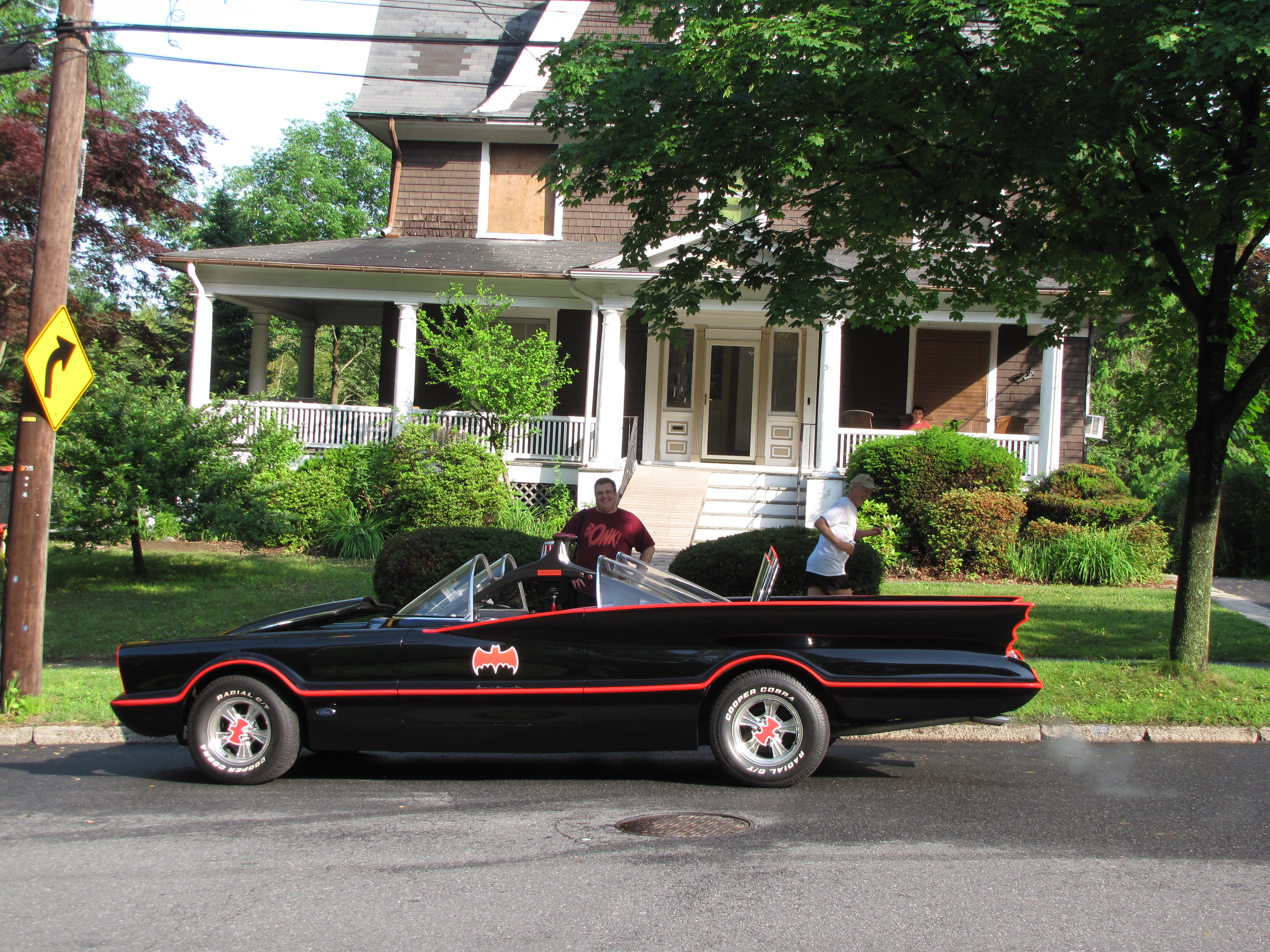 These are the things of which dreams are made.

It wasn’t long until the neighbors came out of their homes to gawk at this four-wheeled wonder on their street, phone cameras at the ready.

I was worried we were going to cause an accident because every car slowed down to rubberneck, as well as joggers and cyclists out for a morning spin. (Check out the look on that guy’s face running by.)

I got in. Now, I’d ridden in Jeff’s Batmobile just a few weeks prior at the Asbury Park Comicon. I took shaky video of that spin around the beachfront. This time, I just wanted to live in the moment. 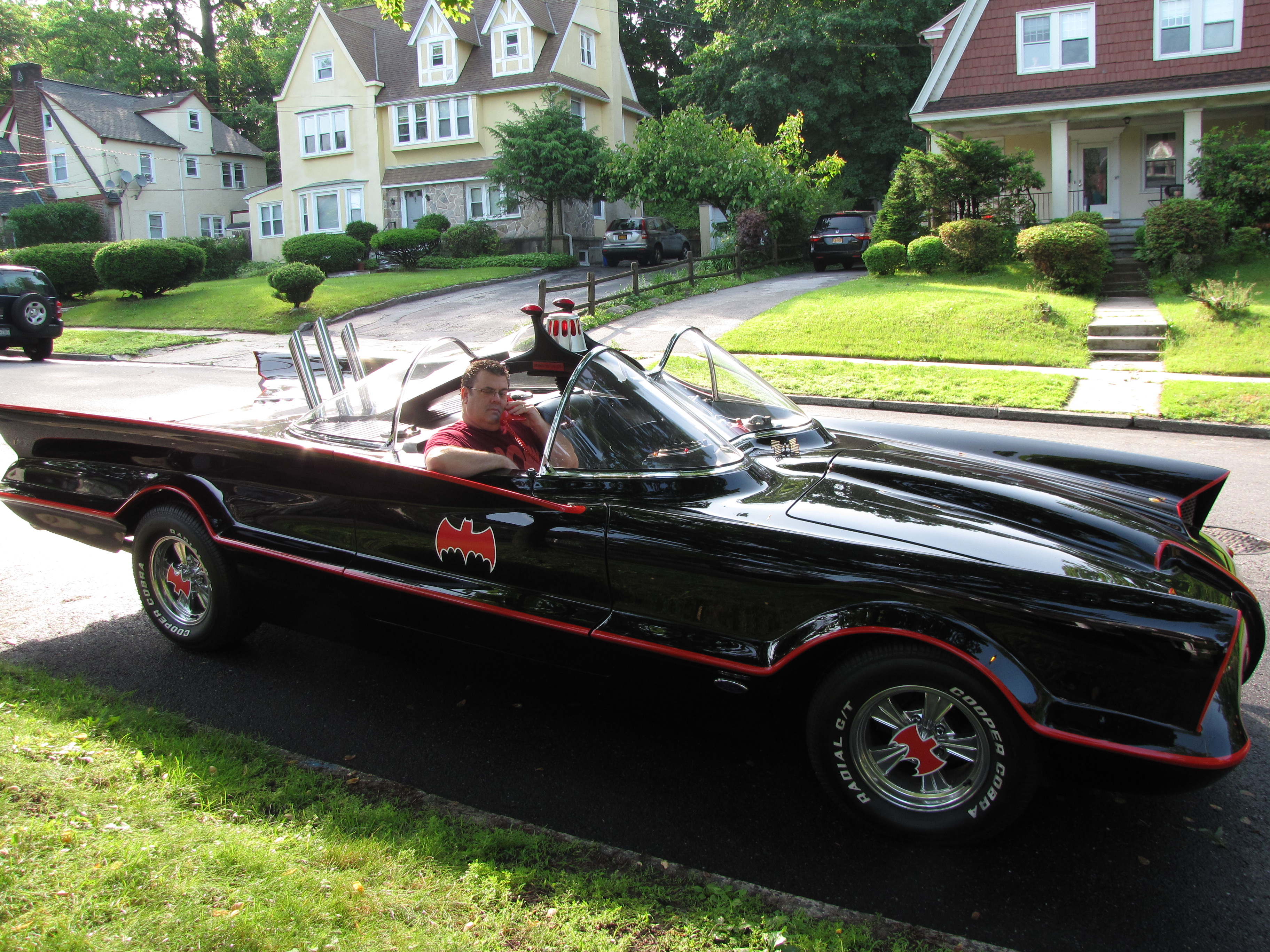 Jeff fired up the (not really) atomic batteries to power and turbines to speed. Roger, ready to move out.

Heading down the block, we turned right onto the Bronx River Parkway, a lovely vista that time of year, and roared northbound to the Westchester County Center.

The sun was shining and the wind rushed past us as I sat there believing in what my wife calls my “charmed Batlife.” 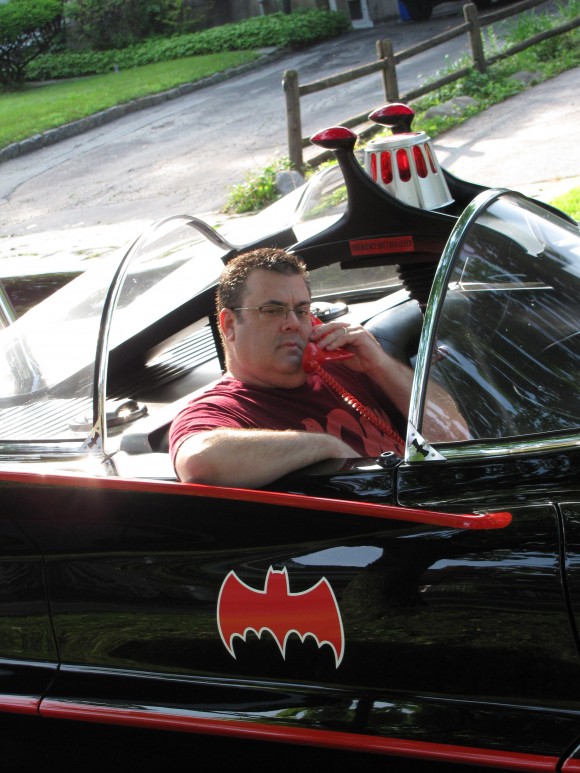 We made a left at the County Center, then a quick right onto Tarrytown Road, and pulled into the back of the hall through a rear garage entrance, like entering an Art Deco Batcave.

It was 10 of the best minutes of my life.

I’m looking forward to seeing Jeff again this weekend at the Meadowlands. We’ll be inside so no rides again this year. But I can take solace in knowing that I’ll again be able to visit with a Batmobile that Adam West and Burt Ward have both been in. 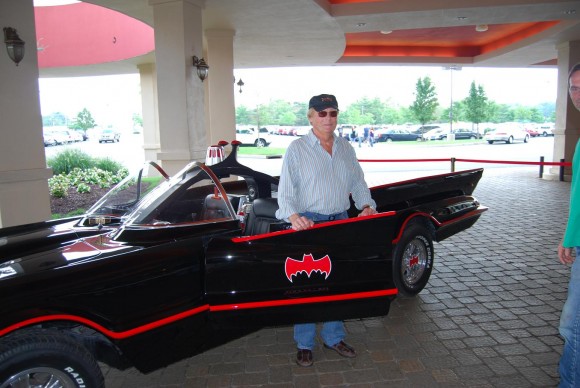 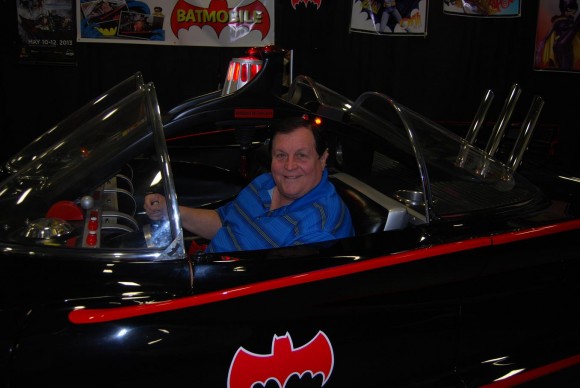 Jeff Breden’s Batmobile will be at the EAST COAST COMICON all weekend. If you want to book him for a show, email him at jrbreden@gmail.com.

But I can’t promise you he’ll pick you up at home.