See what we did there? Anyway, the immortal Fred Hembeck returns to 13th Dimension with his tales of comics yore:

It’s the SUPER-STAR HOLIDAY SPECIAL — a series of holiday remembrances by some of the best in the biz! Click here to check ’em out!

Nowadays, anyone interested in comics can realistically hope to receive videos, toys, games, action figures, or collected editions related to the field as Christmas presents. Back in MY day, though, these multitudes of choices simply weren’t available, so my tote of notable holiday gifts connected to the medium is sparse. But I’ll mention three … 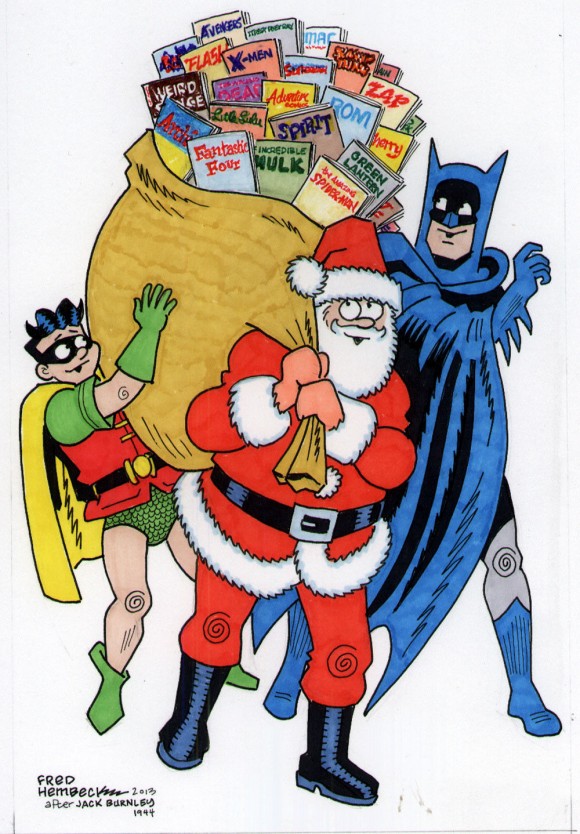 Published in 1967, but likely received as a self-chosen gift a year later by a 15-year-old me was Nostalgia Press’ gorgeous hardcover collection of Alex Raymond’s Flash Gordon. My gosh, did I ever absolutely adore that book! By now, I have hundreds — maybe thousands — of high-end reprint tomes in my collections, but you always remember your first, and that was it! I even still have a notebook hidden away somewhere full of slavishly copied Raymond panels — done in brush, no less! What? You DON’T see the influence on my current work? Look closely — isn’t that a squiggle on Ming’s knee on the 6-9-40 Sunday page?… 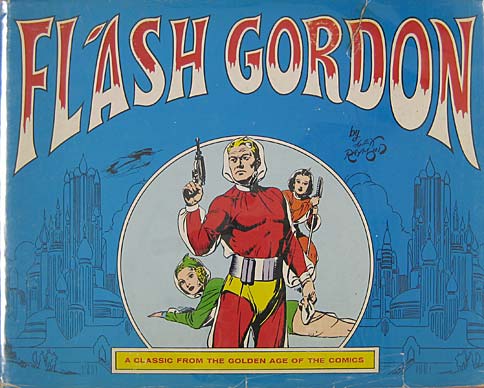 A year later, I was gifted the massive The Collected Adventures of Buck Rogers In The 25th Century, which unlike the mail ordered Flash Gordon book, was a mass-produced hardcover that could be bought in most any mall bookstore. After the wonderment found on Mongo the previous December 25, I was eagerly anticipating some fresh sci-fi adventures. Well, sometimes lightning DOESN’T strike twice. The clunky art was a far cry from Alex Raymond’s stately compositions, but I could deal with that. It was the clunky writing that stopped me cold a couple of dozen pages into the hundreds and hundreds included. I never did finish reading it — and at this rate, even if I live to see the 25th century itself, I doubt I ever will!

But the most memorable Christmas/comics mash-up in my past occurred in 1965. I picked up a copy of Mad #100 off the stands mid-November, and was immediately intrigued by an offer advertised on the inside front cover: all 24 Mad paperbacks, a copy of the upcoming reprint collection, Mad Follies #3, a 24-issue subscription to Mad, AND a full-color portrait of Alfred E. Neuman, a $17.75 value for a mere $13.75! Well, my mind was made up — I HAD to have this bounty of idiocy! Sure, I already owned maybe a half dozen of the paperback collections, but everything else would be new to me. I quickly talked my parents into going along with the idea, had them purchase a postal money order, clipped out the coupon on the letters page (leaving — whew! — the cover intact), and sent it off. I was so delighted with the whole situation that from the very moment the money hit the mails just days before Thanksgiving, I decreed the Christmas season open for business, and began an enthusiastically annoying countdown to the big day — holiday tunes relentlessly included — that drove my friends more than a little crazy!

Hey, I was 12 years old — it was the holidays, and I guess you could say I went a little bit Mad … 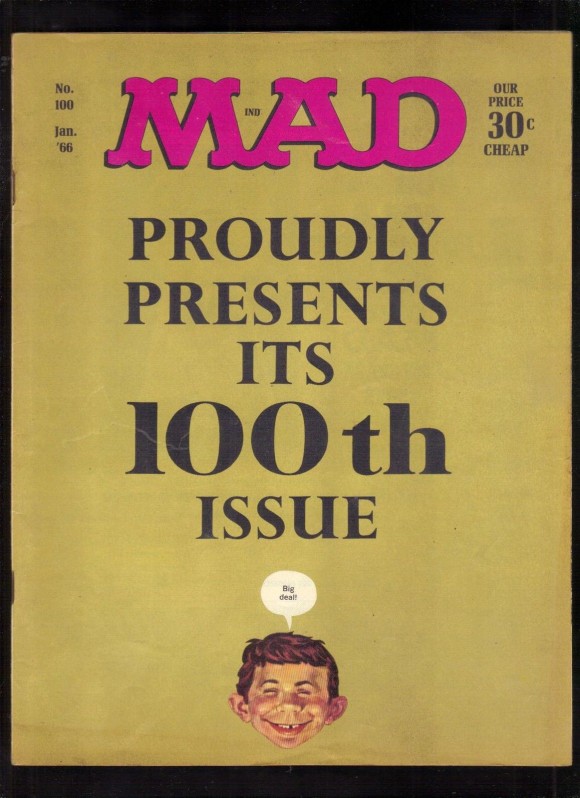