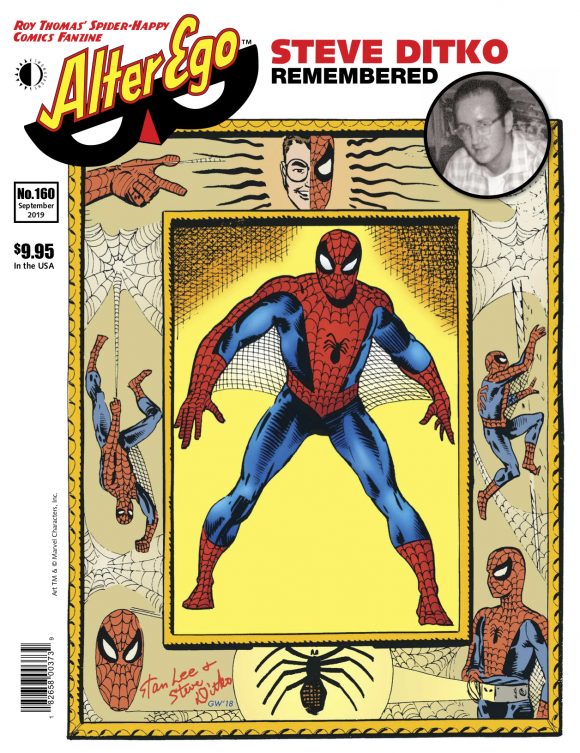 Steve Ditko died more than a year ago at the age of 90 – and Roy Thomas’ Alter Ego has dedicated its upcoming issue to the elusive and inscrutable comics titan.

Issue #160 – due 8/14 from publisher TwoMorrows – is jam-packed with features and tributes to the artist who created or co-created Dr. Strange, the Creeper, the Question, Mr. A, Hawk and Dove, and so much more. 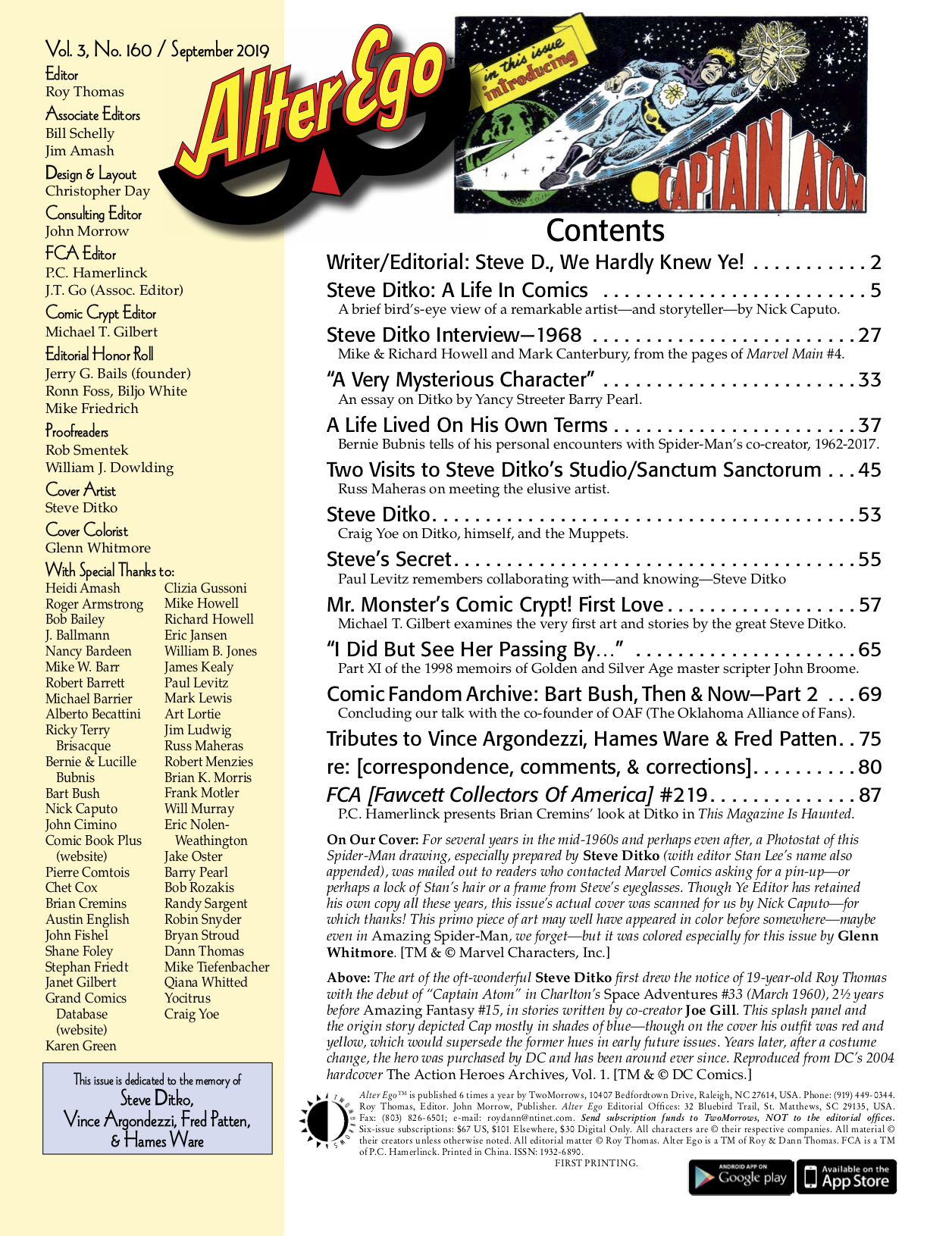 To be exceptionally simplistic about it, Ditko broadened the minds of generations of comics fans with his compellingly weird style and sensibility.

Three of those fans – Mike and Richard Howell and Mark Canterbury – managed to wrangle a mail interview with the famously tight-lipped Ditko back in 1968 for the fanzine Marvel Main. The whole thing is reprinted in Alter Ego #160 – and we’ve got an EXCLUSIVE EXCERPT for you right here.

Actually, we’re just showing one question – no pun intended — and one answer. Because it’s this exchange that gets to the heart of what Ditko longed to convey through his art.

Check it out – and make sure you grab a copy of the entire issue when it hits your shop. (You can also get it directly from TwoMorrows. Click here.): 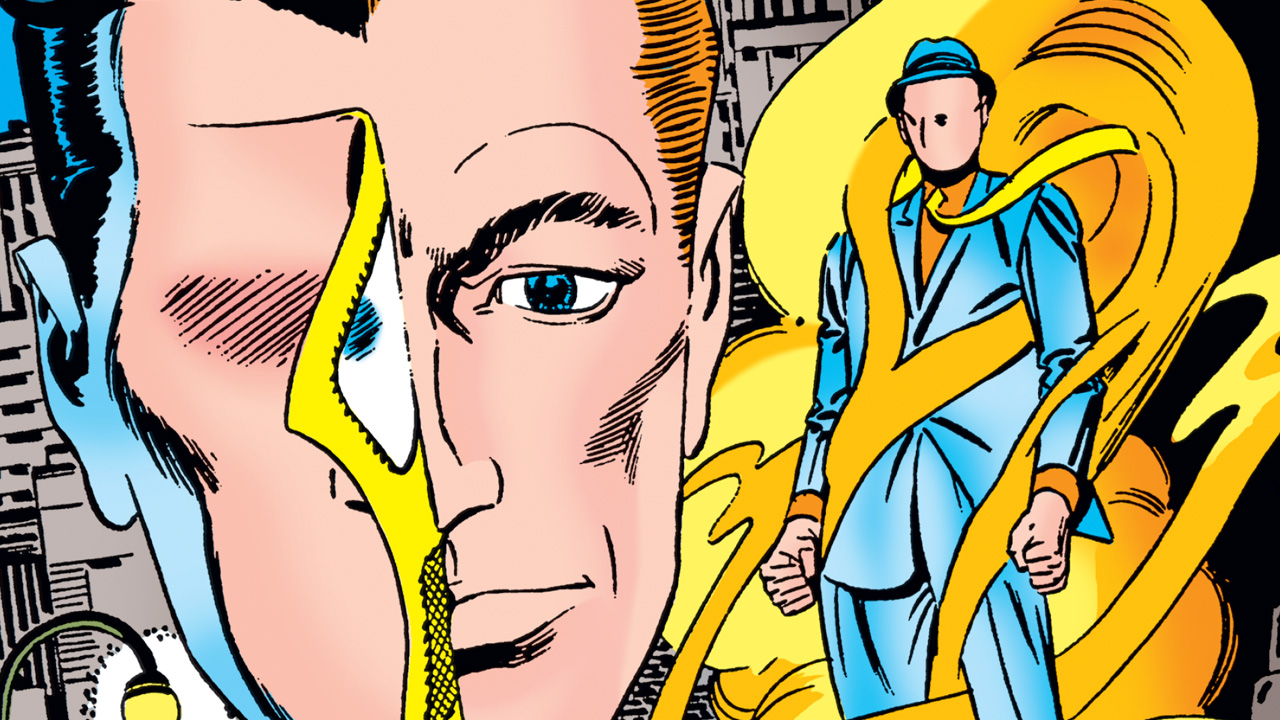 Mike Howell: Out of all the characters that you have created, which is the best extension of your thoughts and beliefs? Why?

Steve Ditko: The Question (and Mr. A; I can’t seem to separate the two). Why: They are positive characters, not negative. They stand for something. They know what they stand for and why they must make that stand. They are not just against something. Every criminal in the world is opposed to himself being robbed or murdered, but do these criminals stand for justice? Being against something isn’t enough.

Every person, whether he wants to be or not, is in a continuous struggle. It’s not a physical life or death struggle, yet it’s a threat to every man’s survival.

No man has to battle or fear the supernatural; it doesn’t exist. No man has to fight or fear creatures from outer space. No man has to battle foreign armies. The country’s armed forces are prepared for that possibility. A man’s battle isn’t against foreign conspiracies; the FBI and CIA are set up and equipped to deal with that threat. The police are equipped to deal with crime. Health problems are battled by the medical profession. Against any of the above dangers, no man has to face them alone. But in that one continuous struggle, man has to constantly face the danger alone. No one can face it or fight it for him. It is the struggle for his mind! It is the struggle against everyone he comes in contact with. It is a struggle to keep his mind from being corrupted and being ruled by irrational premises.

A man is what he stands for—why is it right to stand for it, and to protect and defend it, all the time? In the struggle, a man can lose only if he gives in, defeated by self-destruction, by accepting the wrong as right—to act against himself.

This struggle is not openly recognized. Accepting lies, dishonesty, etc., or practicing evasions, etc., are not criminal acts. Nothing but a man’s own mind can protect him from accepting and practicing the irrational, and suffering from its corrupting effects, but a man has to choose to do it.

This is the premise that “The Question” and “Mr. A” are based on. Evil is powerless. A mind that refuses to accept or defend the truth, by that act, permits lies to exist, to give them respectability and influence, thereby undercutting and eventually destroying everything that is of real value. Destroyed, not by the power of evil, but by the good’s refusal to protect itself against an enemy that could exist only with good’s permission.

A man’s refusal to understand the issue changes nothing.
If a man doesn’t know why a thing is right or wrong, he has
no defenses—he’s vulnerable. He has no standard by which to measure, accept, or reject any proposition. The Question and Mr. A are men who choose to know what is right and act accordingly at all times.