TOYHEM! A Merry Mega Mecha Christmas to you!

Megos get a lot of attention during TOYHEM in part because I love them so and in part because they dominated the toy landscape in the ’70s, until George Lucas’ little flick came along. But I always dig reading about those toys I knew about but for whatever reason never encountered.

So here’s polyhyphenate creator Keith Champagne — inker of Stranger Things for Dark Horse; writer of Silver Streak and Equilibrium for Chapterhouse and a revival of The Mighty with Peter Tomasi; project manager for Ominous Press — with a fond recollection of Mattel’s Shogun Warriors, which was also a licensed comic from Marvel that lasted 20 issues. 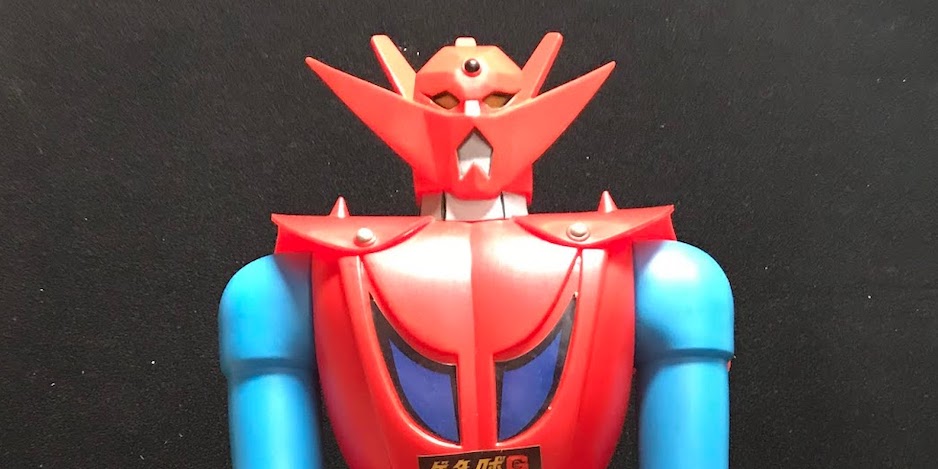 I’m not a huge toy person.

Don’t get me wrong; I had plenty of toys growing up but when I think back to my formative years, my childhood memories aren’t overrun with action figures and play kits. Sure, there was that Betty Crocker oven but all in all, I remember a lot more models and jigsaw puzzles than I do Star Wars figures or GI Joes.

BUT… of the toys I remember fairly well, there was an action figure called Pulsar, with his see-through chest and beating heart and lungs. There was my pal Stretch Armstrong and the not-very-tasty rubber goo that ran through his plastic veins. And I vaguely remember another action figure, its name lost to the sands of time, that I could joyfully dismember, then stick its arms and legs on again. That was a lot of fun until the stumps got dirty and lost their stickiness. Then, I just had a quadruple amputee of a toy.

But above all that stuff, there was Dragun. 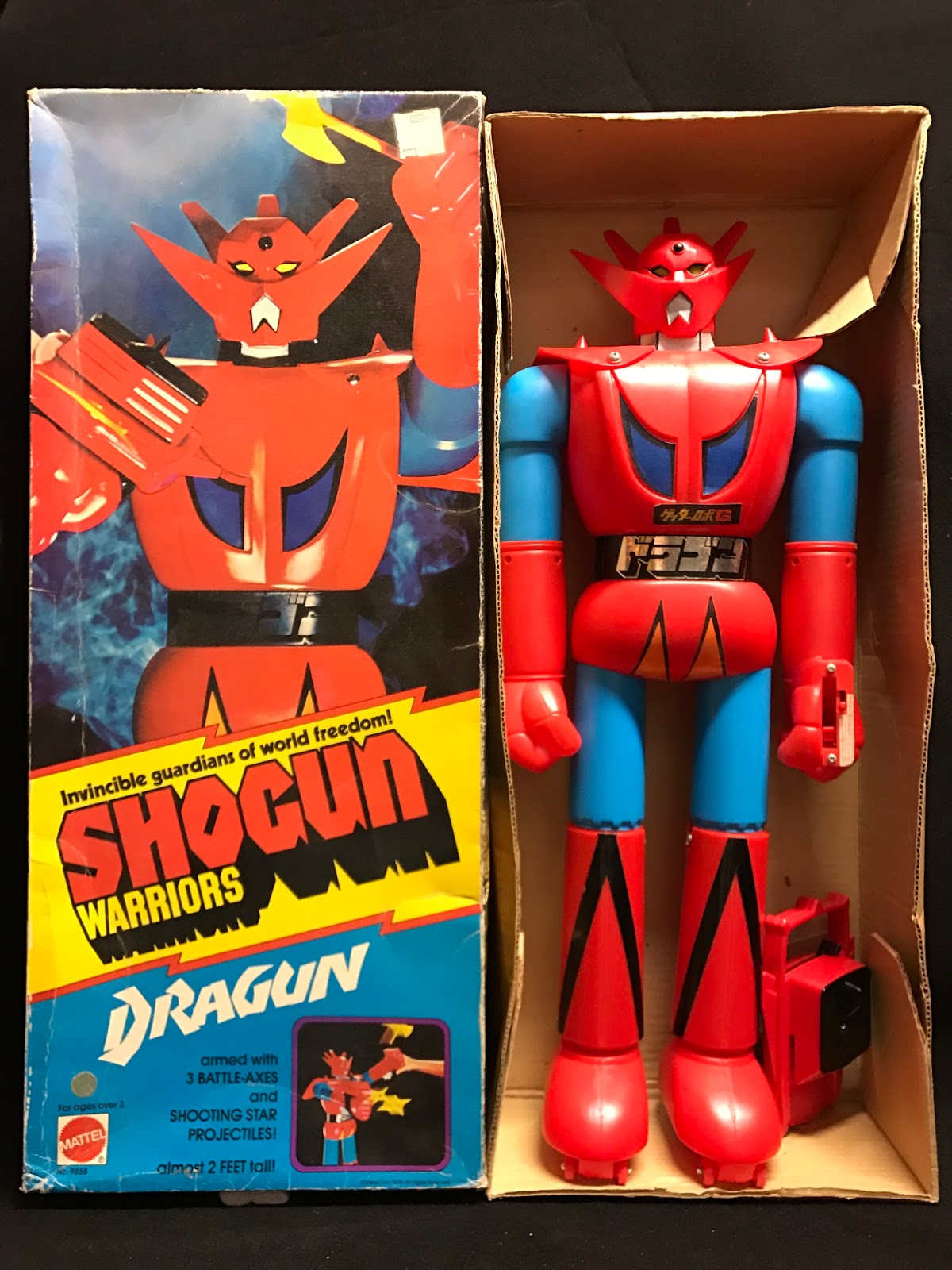 Dragun, the greatest of the Shogun Warriors (and I’ll fight any man that says different!) arrived on Christmas morning 1977, with a big red bow to match his red armor plating. Compared to other toys, it was HUGE; to my young eyes, at least 30 feet tall. In reality, about 18 inches but hey, it’s all relative.

My older brother got Raydeen and my younger brother cried because he was too little to get Danguard Ace but I barely noticed either. I was busy firing plastic throwing stars from Dragun’s wrist shooter on one arm and hurling battle axes from another.

I’m not exaggerating when I say that with me and Dragun, it was love at first sight. 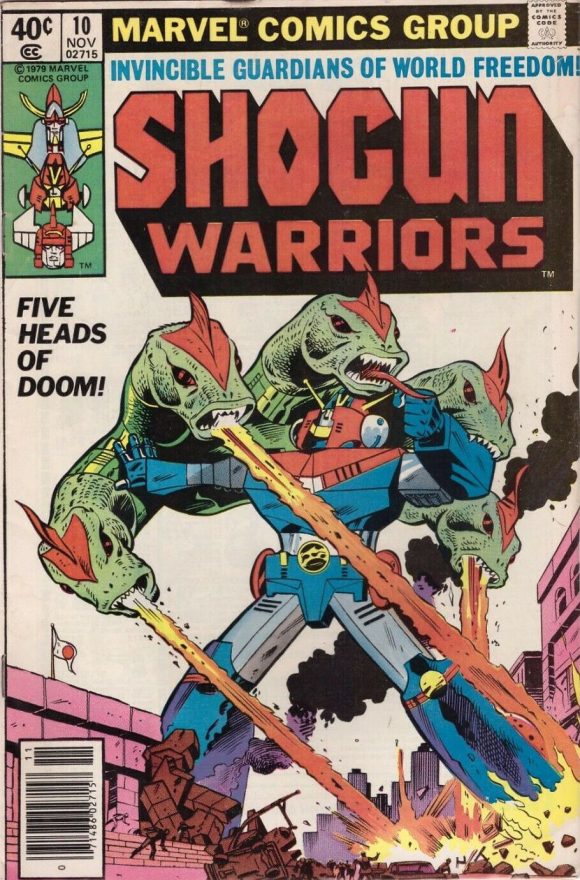 Not terribly long after, I stumbled on an issue of a Shogun Warriors comic book (#10, to be precise, and I still hate Dr. Demonicus to this day) and before you could count to three, I was stalking every pharmacy and grocery store for more issues whenever I could. It was a decent book except it could have used more Dragun.

As I got older, I learned that Dragun actually had another name: Getter Dragon from some weird Japanese show called Getter Robo G but I didn’t care. He was always just my faithful buddy, Dragun, even long after his wrist shooter had broken, the stickers on his chest peeled off, and the battle axes were lost to the nooks and crannies of the house I grew up in. 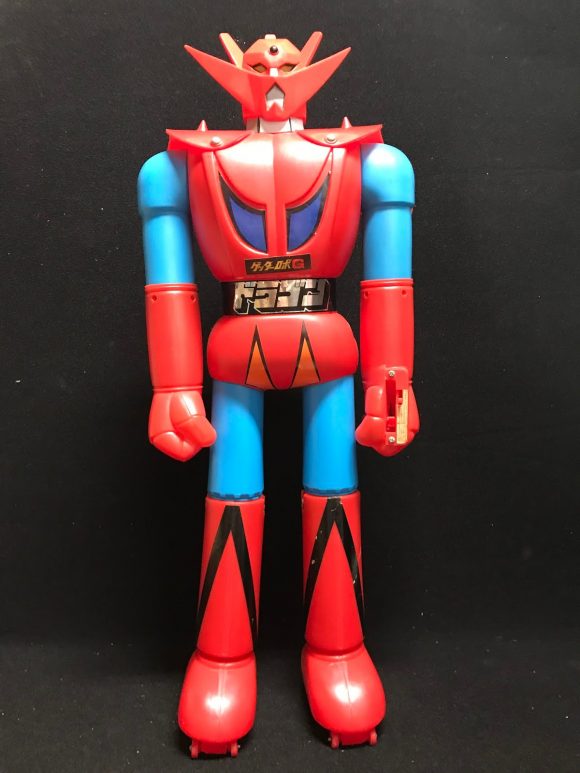 Over the years, Dragun has come along on my journey through life. Every time I’ve moved, Dragun has come along. When I headed to New Jersey for a three-year stint at the Kubert School, he stood next to my drafting table the whole time. When I moved back home after school, then from apartment to condo to home, I’ve always made sure Dragun was close by.

Even now, as I type these words, Dragun watches faithfully from his perch on the bookshelf behind my desk. 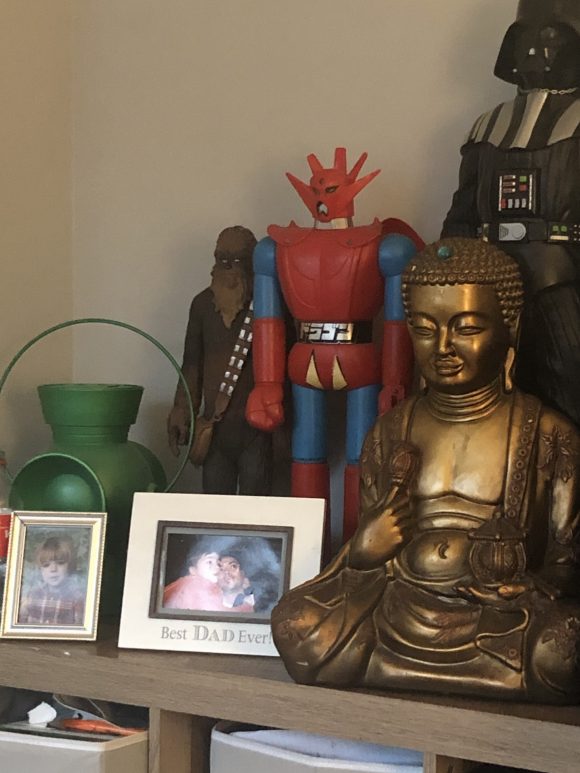 To me, Dragun has become more than a toy; in some strange way, he’s my good-luck charm, silent buddy, and the symbol of a childhood that gets further away by the year.

Most anything of mine — comics, books, DVDs, whatever that my kids have wanted, I’ve happily given over to them but they’ll have to pry Dragun from my cold, dead fingers.

Unless I have him cremated along with me.