REVIEW: This S.S. BOTANY BAY is the Model of Evil

That chilling quote of recognition by Chekov in The Wrath of Khan neatly sums up the utter terror provoked by James T. Kirk’s most celebrated adversary.

Of course, we only see the remnants of the 1996 (heh) ship that housed Khan Noonien Singh and his genetically enhanced supermen. To check it out it in full, you have to go back, naturally, to the first-season classic Space Seed — or you can just pick up the recent Eaglemoss miniature and park it on your shelf. 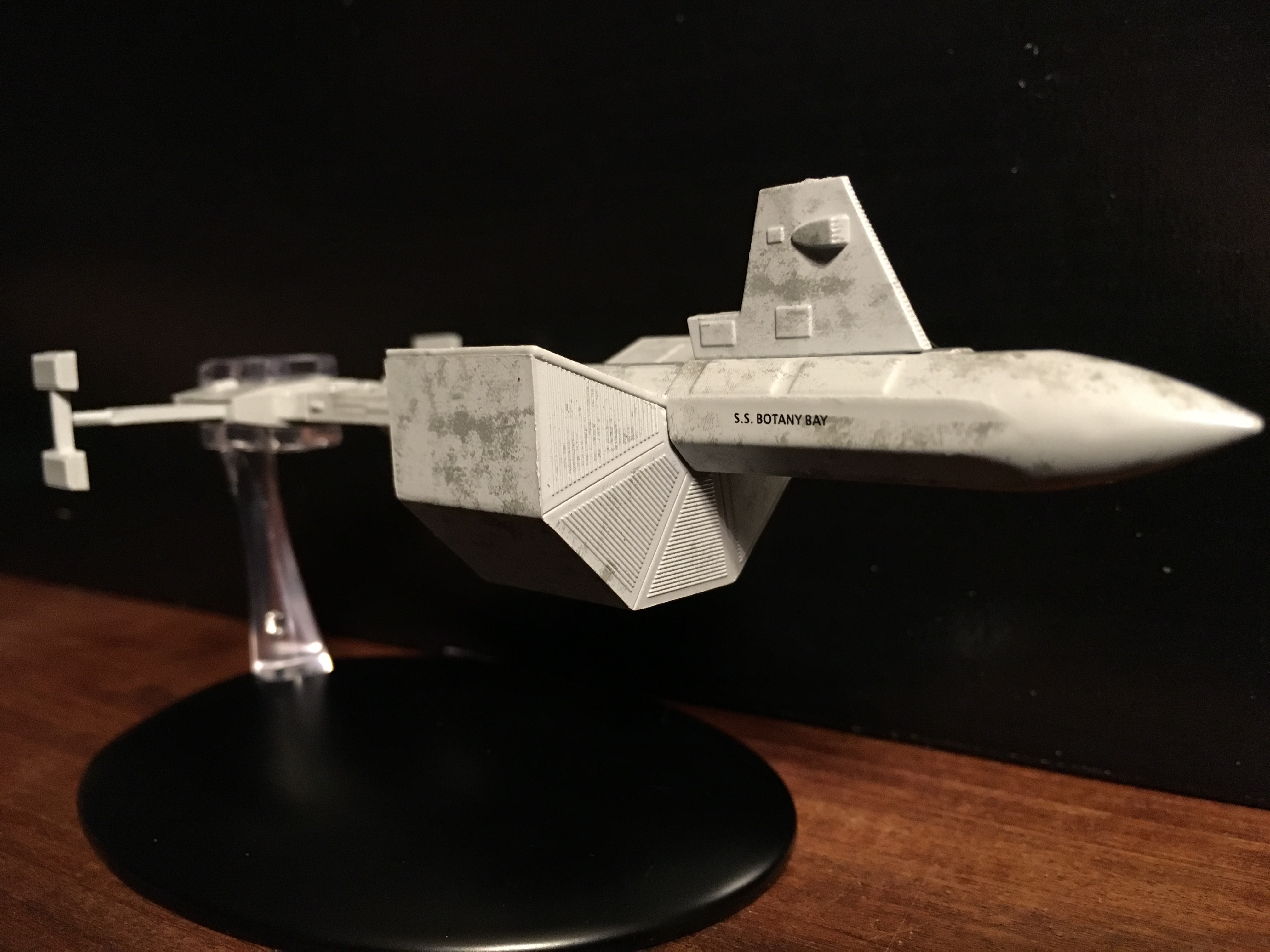 The Botany Bay is slight compared to the Enterprise, it’s size belying its profoundly dangerous cargo. I was never particularly taken with its design, but that’s changed somewhat now that I recognize that it was based on a submarine, which seems fitting somehow. 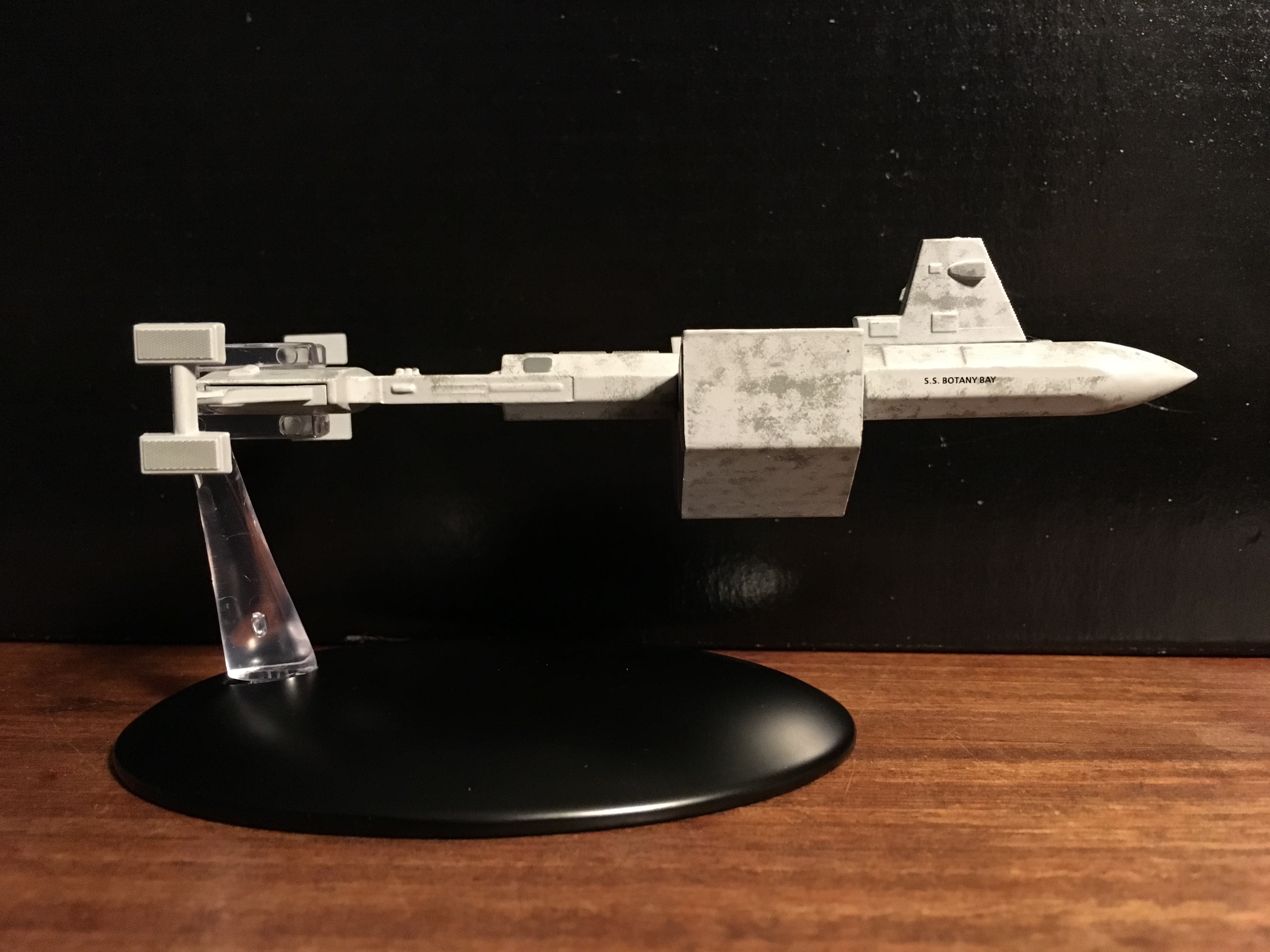 Like all the Eaglemoss starships, the Botany Bay — Issue #60 — is accompanied by a relatively hefty info mag, complete with a history of the ship, as well as concept sketches and behind-the-scenes set photography. It runs about $20 or so and you can get it at your local comics shop or through Eaglemoss, either individually or by subscription. 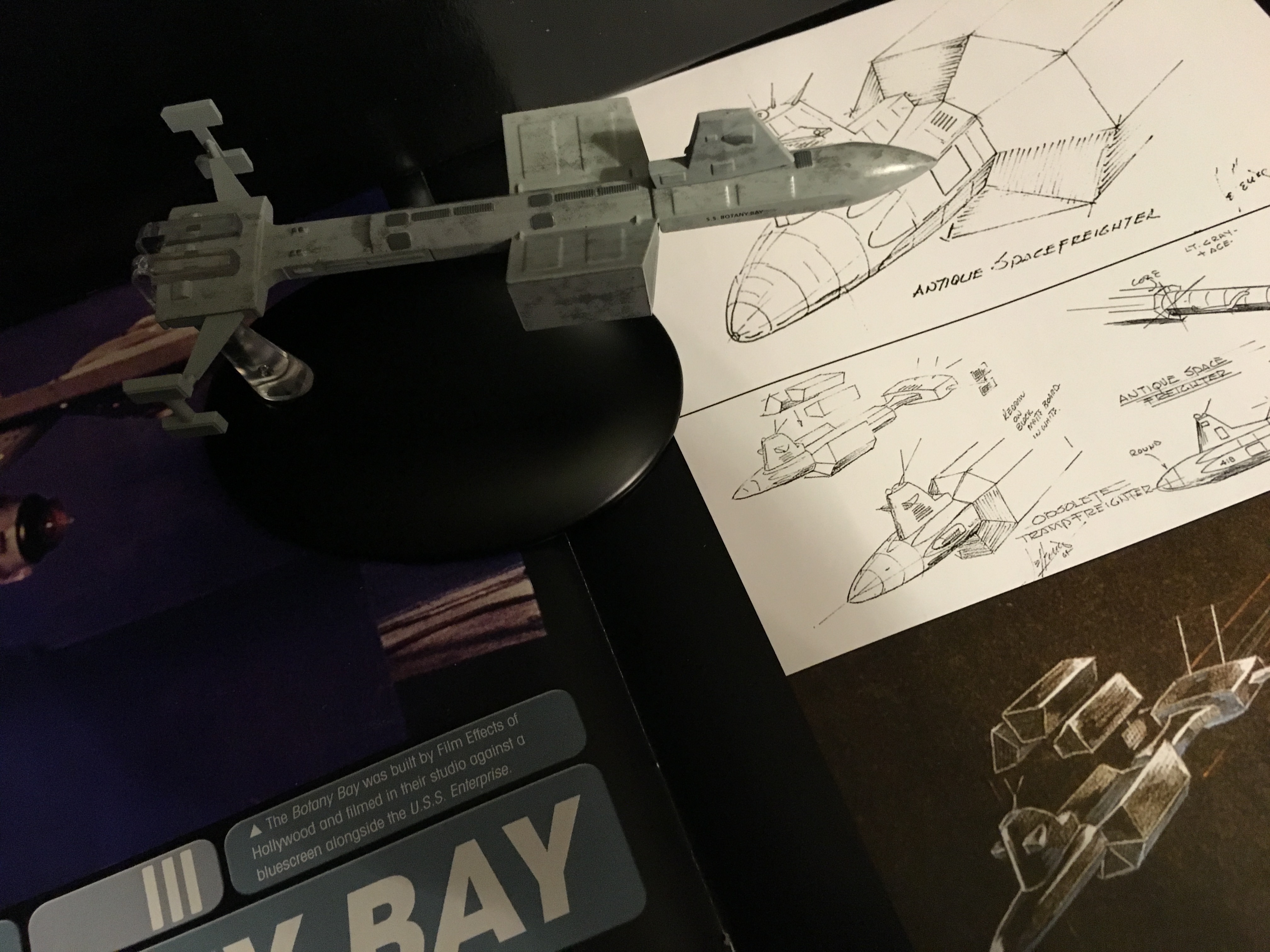 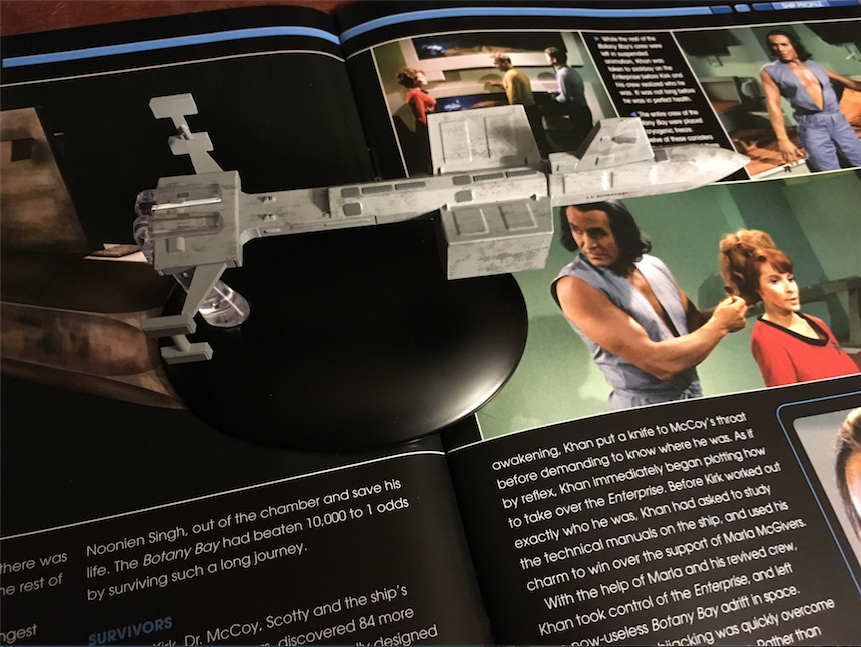 — Yes, yes, I know that Chekov wasn’t in the first season. But that’s what I hear in my head every time I read the words, “Botany Bay.”

— IDW has two Trek comics out this week, each wrapping up their respective storylines:

Star Trek #58 concludes the Legacy of Spock arc by Mike Johnson, which shows what happened to the aged Vulcan after he left the company of his younger, new-timeline counterpart at the end of the 2009 reboot. (Check out artist Tony Shasteen’s piece about how he crafted this excellent cover, here.) 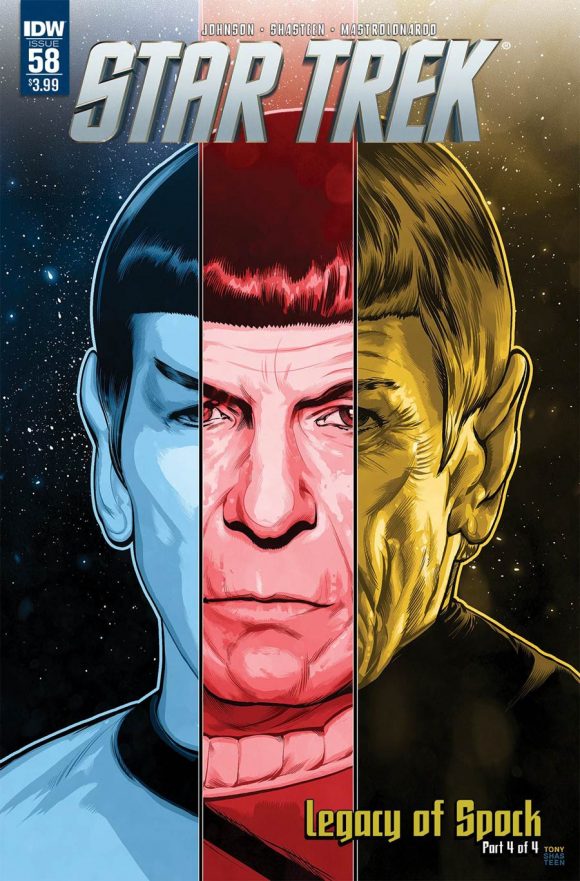 Star Trek: Manifest Destiny #4 is the finale of a miniseries by Johnson, Ryan Parrott and Angel Hernandez in which rogue Klingons do their rogue Klingon thing, much to the dismay of the Enterprise crew. Especially cool have been Shasteen’s variant covers, which recast classic Trek movie posters with the modern actors. I’m a total sucker for this sort of thing, especially when it’s done this well. 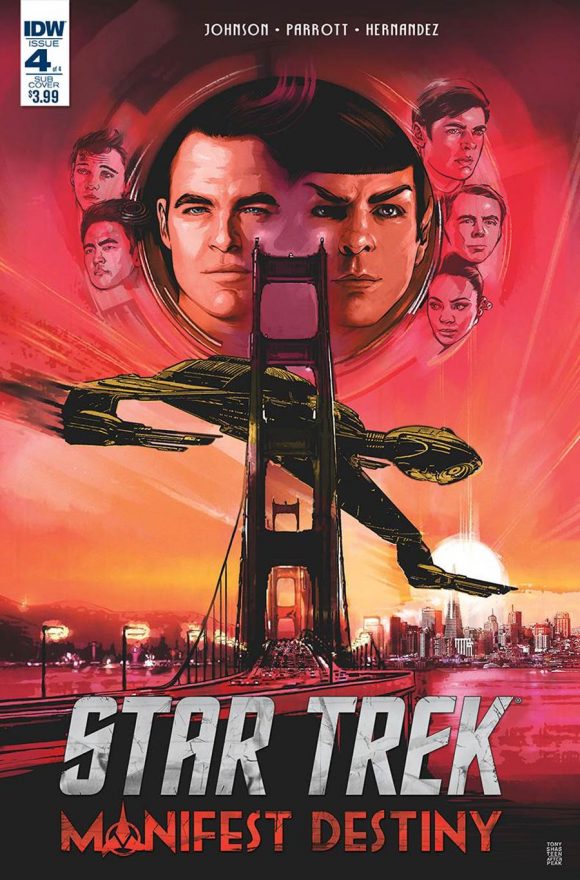