And by hot, we mean Jason Momoa at any size is scorching…

Christmas is almost here and if you hurry, we’ve got that one thing every Aquaphile needs: A Jason Momoa statue from DC Collectibles’ Justice League movie series of sculptures.

Because, seriously, even if your partner has never picked up a comic, they’ll want this. I don’t care what their gender is. I haven’t met a human being yet who doesn’t think Jason Momoa isn’t mind-blowingly HAWT.

Seriously, I don’t think a statue has moved me this much since Motorcycle Catwoman: 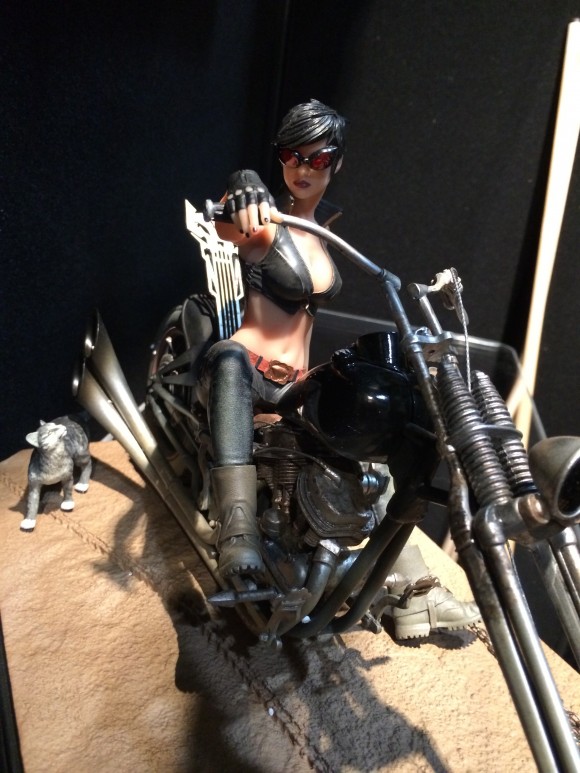 The Aquaman polyresin statue stands almost 13 1/2 inches tall and is impressive for its level of detail. I mean, the filmmakers did not make Arthur Curry’s ocean-faring clothes easy on merchandisers.

Just check out the intricate armor: 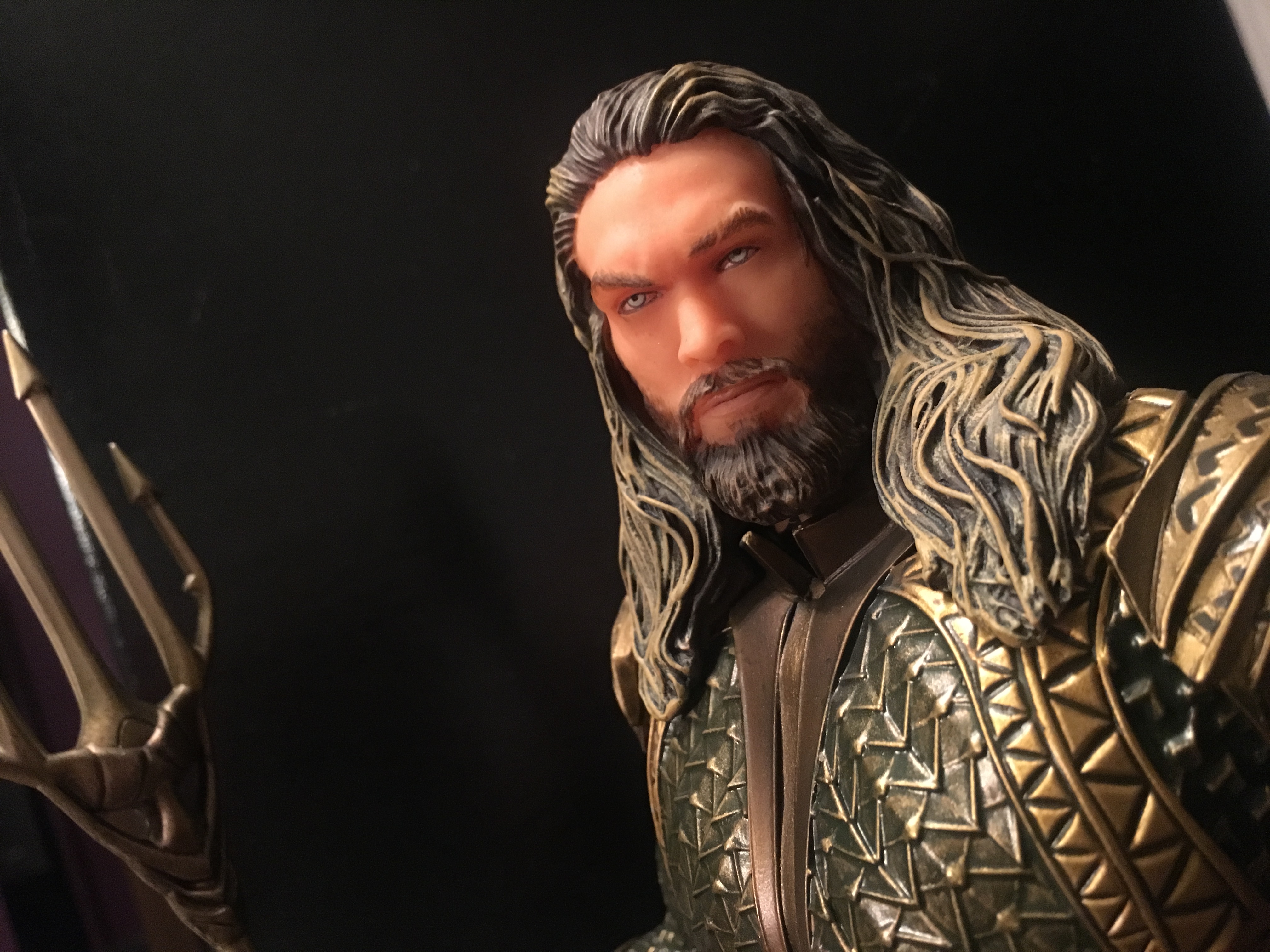 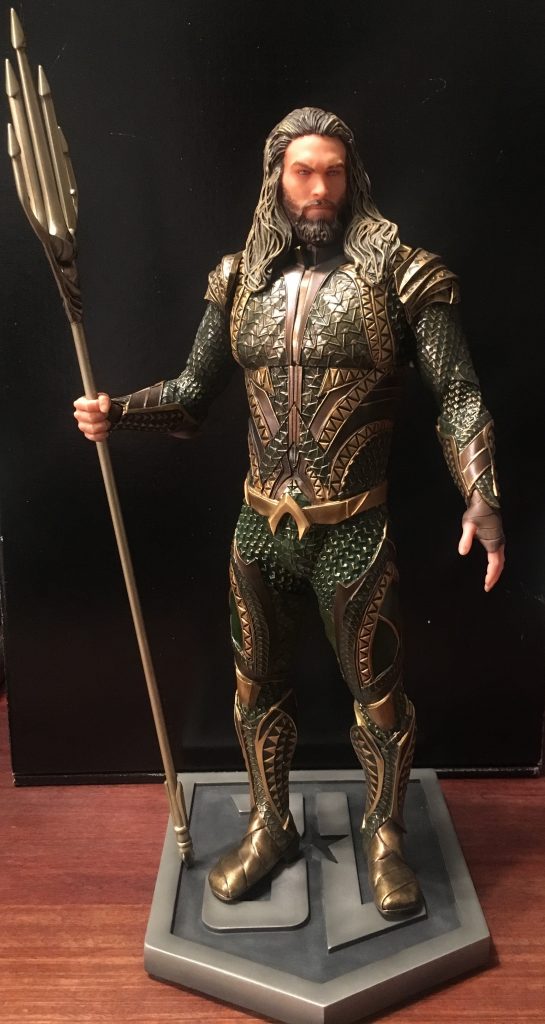 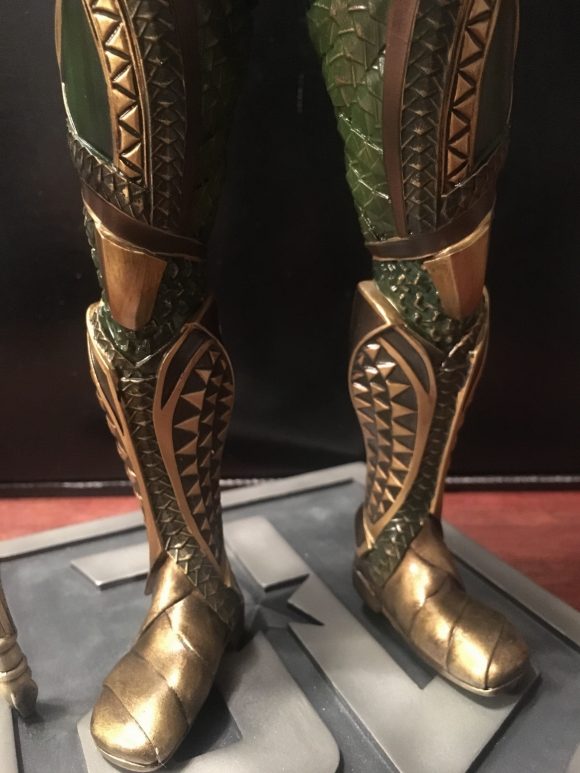 And just like Momoa, he’s impressive from other angles: 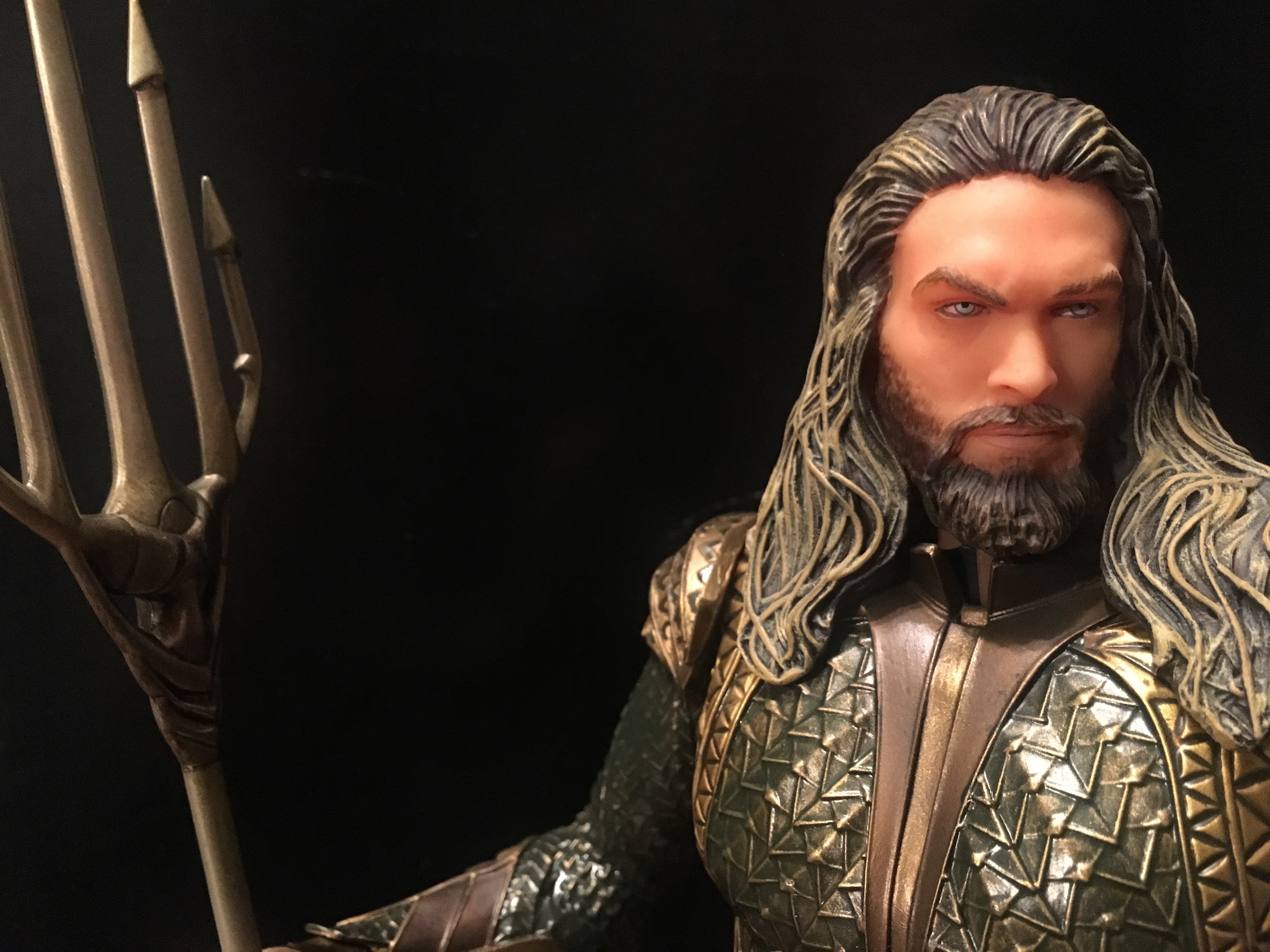 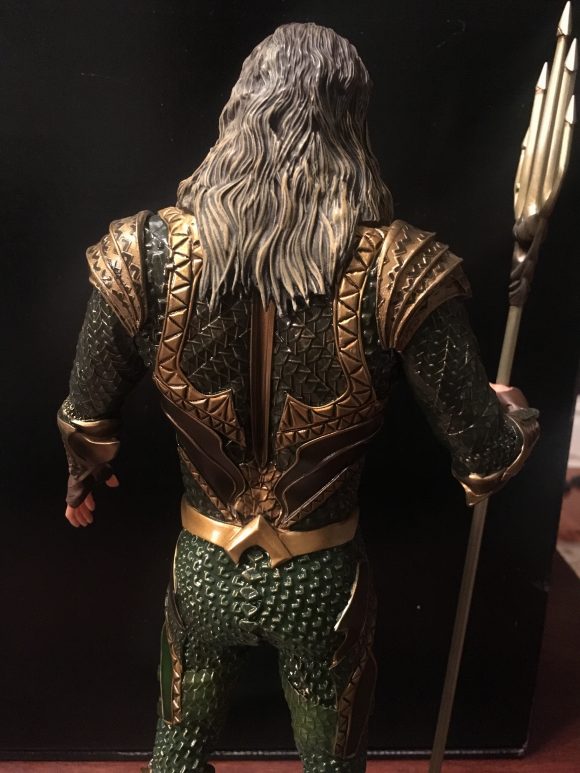 Some assembly is required. And be careful on that front: The hand holding the trident comes separately in the box and you have to attach it to his wrist. I managed to chip mine because I was a little careless.

On the whole, though, it’s a solidly built statue boasting fine workmanship. It lists for $150 but shop around.

Now, excuse me while I wrap this for my wife. 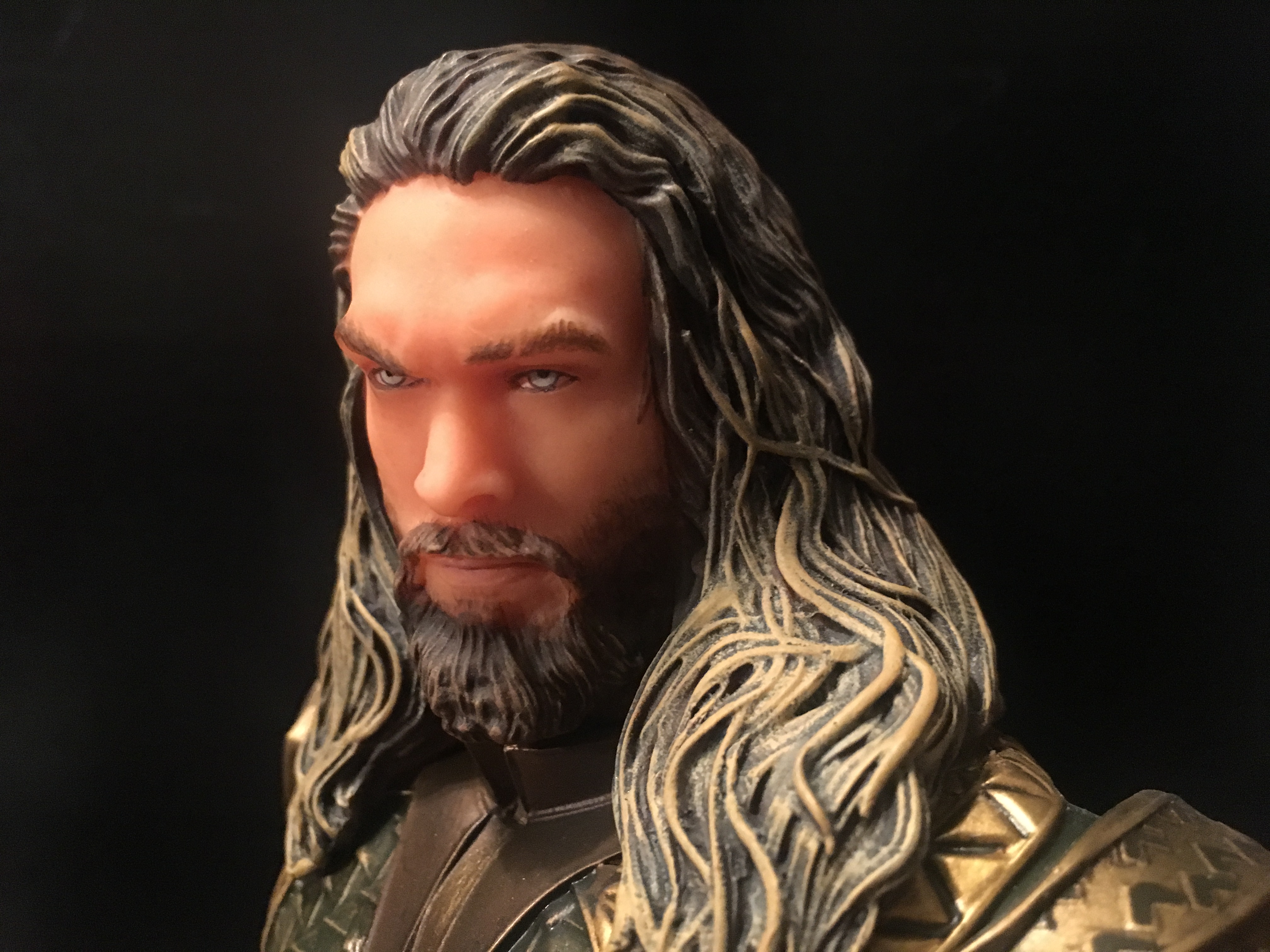