REVIEW: For the BATMAN ’66 Fan Who Has Everything

Home » ACTION FIGURES & MERCH » REVIEW: For the BATMAN ’66 Fan Who Has Everything

Figures Toy Co. indulges our inner Bat-obsessive with an accessory set that goes well beyond what any of us ever thought we’d ever see.

Did you ever think you’d have a Shakespeare bust scaled for an 8-inch Bruce Wayne? One with a working hinge? No, you did not. 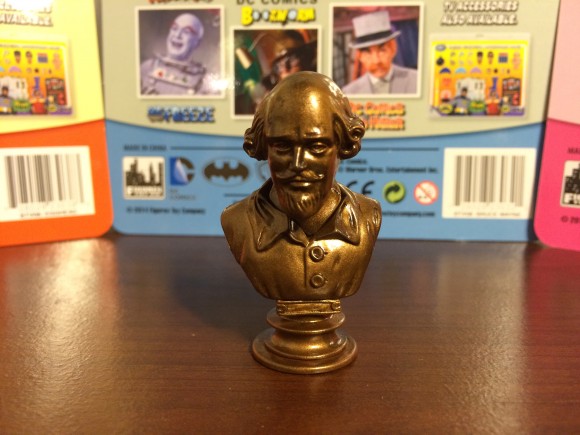 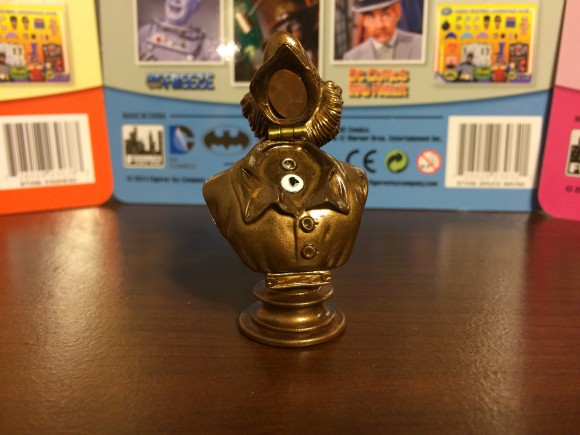 You also never expected a Bat Shield, a Batphone with removable plastic dome, Batcuffs or Batarangs. No, these were the stuff of fevered, “How cool would that be?” Batsignal-in-the-sky pipe dreaming.

Well, here we are, with a 25-Piece Crime Fighting Accessory Set that almost makes you feel like it’s too good, that there’s nothing more that can top it if you’re into this sort of thing, which I most certainly am. 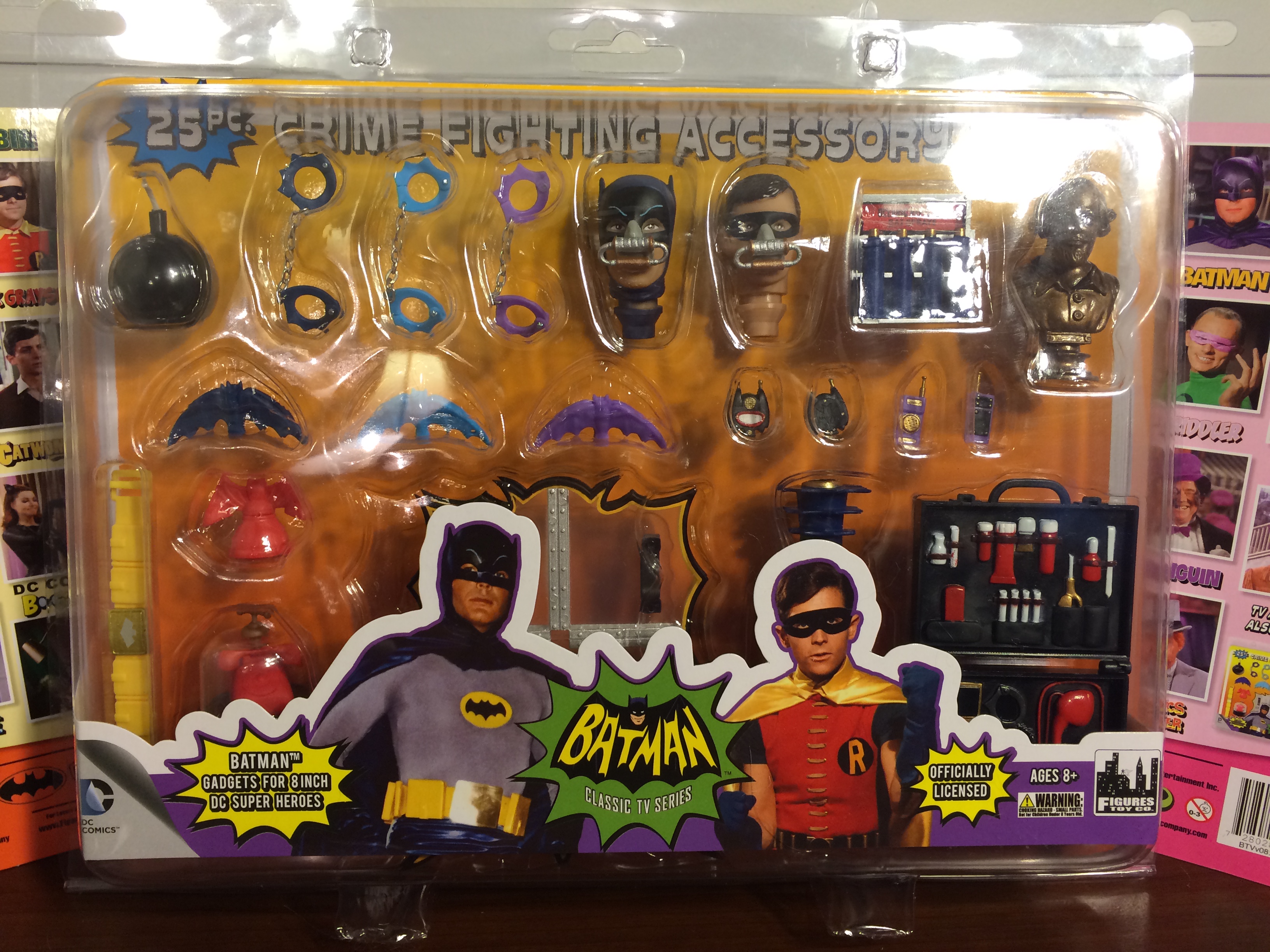 Look, I think it’s time I address why I spend so much effort reviewing what Figures Toy Company produces. I write about other manufacturers that do wonderful work. But what FTC does is press that button that lights my soul up like a flashing red phone. 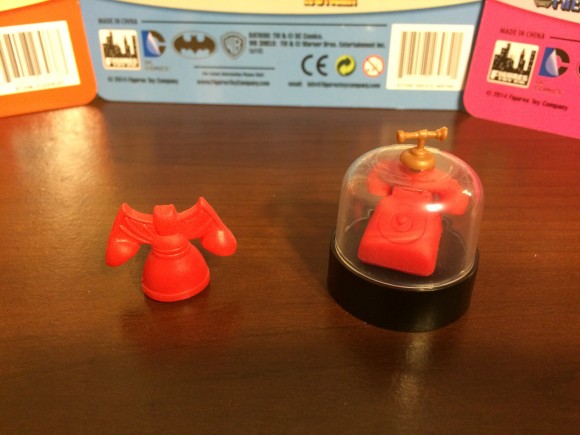 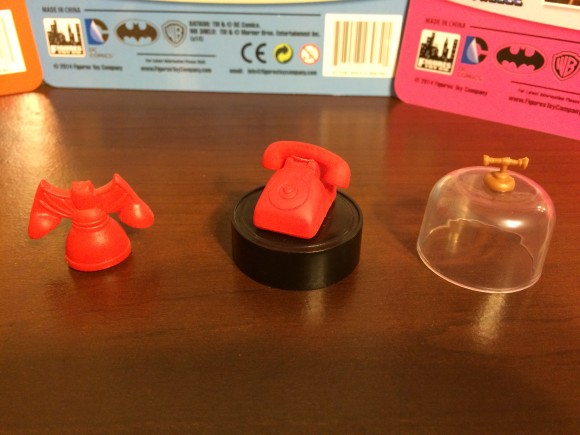 Batmobile phone and the landline.

The point is, this set is something that takes everything we love about the tidal wave of Batman ’66 merchandise that’s being produced right now and conquers it like Batman on his yellow surfboard.

The set comes not only with the items I’ve mentioned, but also includes a bomb from the ’66 movie, aquatic repellent Bat Sprays, a Batzooka, a mobile crime lab, Batradios, and more. You can see it all in the pix — including replaceable heads complete with Batrespirators for those underwater bank battles. 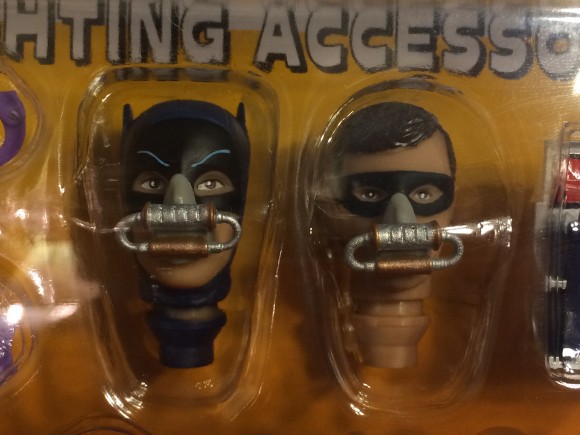 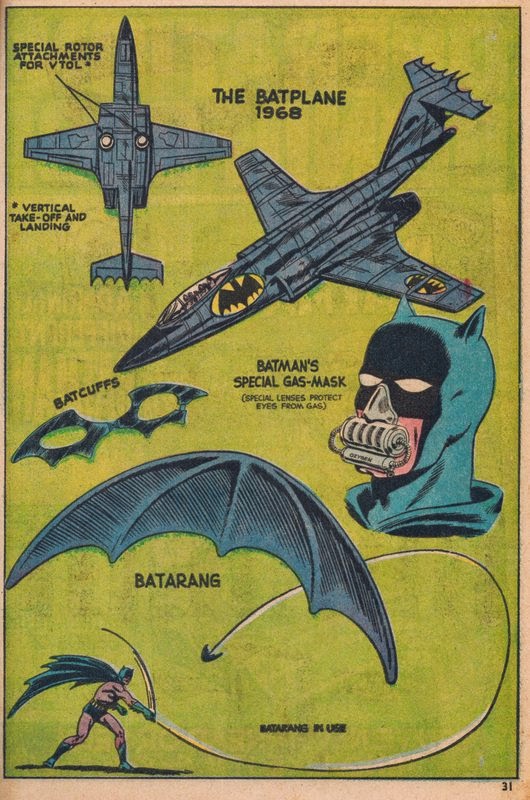 Quibble Alert: Now, there is such a thing as too much of a good thing. I don’t think we need quite so many Batarangs and Batcuffs, especially in colors that don’t match the show’s props. I also don’t think we need two Bat Shields. I would have loved a Penguin umbrella, or that dehydrator thing the United Underworld used to turn the diplomats to dust in the movie. Or even a couple of surfboard in hopes that we do get a set of Surfing Batman and Joker a la Mattel. (Hey! Ideas for a second set!) 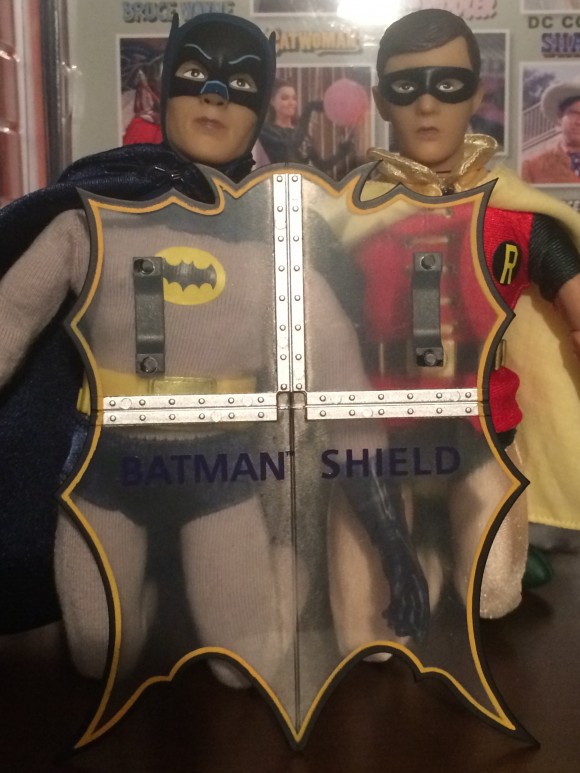 But you can get around the redundancy by buying items a la carte from FTC. You don’t get the packaging, naturally. (This is also an option for those who are more budget conscious. The full set is about $70. A Shakespeare bust alone is $6.)

Either way, the items themselves are absolutely Batstraordinary. When I pulled the set from the shipping box, I gasped. Because up close they are even better than what you see here. (A note about the packaging: While the outer clamshell is resealable, the inner packaging is not. But a couple careful, deft swipes with a blade and you can preserve it easily. That’s what I did and it looks great on display.)

So where to now, Figures Toy Company? Because you’re gonna have one helluva Bat-time topping this.

FTC released a monster wave of DC figures over the last month or so. Here’s an index to our reviews: