Scott and Dan — along with guest Rob Kelly — hit up the comics racks from 44 years ago!

This week for RETRO HOT PICKS, Scott Tipton and I are joined by Rob Kelly — Fire and Water Podcast Network co-founder and 13th Dimension contributor — in selecting comics that came out the week of March 3, 1977.

(Keep in mind that comics came out on multiple days back then — as has become the case now. So these are technically the comics that went on sale between Feb. 28 and March 6.)

So let’s set the scene: Jimmy Carter was in the third month of his presidency. Rocky, which was released the previous November, was the box-office heavyweight champ — sitting at No. 1 for 12 of 13 weeks, stretching from late January to late April. (Airport ’77 was tops for a week in late March.) Speaking of streaks, Happy Days was in the middle of a strong Nielsen run, leading the list four of five weeks. (MASH’s season finale, featuring Margaret’s marriage, was the Nielsen leader for the week of March 14-20.)

Barbra Streisand’s schmaltzy Evergreen — aka the love theme from A Star Is Born — was the best-selling single, while the film’s soundtrack was the leading album. (Actually, I’d take albums 2-4 on the list instead — any day of the week: Hotel California by the Eagles, Animals by Pink Floyd and Songs In the Key of Life, by Stevie Wonder.)

In March 1977, a 6-year-old Bob Kelly, living in a pre-Star Wars universe, scoured the racks for the week’s comics. Since I was limited to what the local 7-Eleven and other assorted Philadelphia newsstands carried, I had no idea of how much great material I was missing out on. But thanks to Retro Hot Picks, I can go back in time and savor some of the coolest four-color offerings available that unseasonably warm week in 1977.

Amazing World of DC Comics #14, DC. This magazine always confounded me. I would see ads for it in DC Comics, but never saw it on newsstands (not realizing it was never made available that way). Always being more a DC kid than a Marvel one, the idea that there was a whole magazine devoted to the inner workings of the company was too good to be true. Flash forward to years later, and thanks to eBay I ended up reading every single issue. One of the most fun is #14, the all-JLA issue. The original Justice League of America was, and remains, my favorite comic book title of all time, so getting a deep dive into the history of the team makes for an involving read. Fun Fact: This issue features the Justice League’s byzantine by-laws, which I used as a template for The Fire and Water Podcast Network! 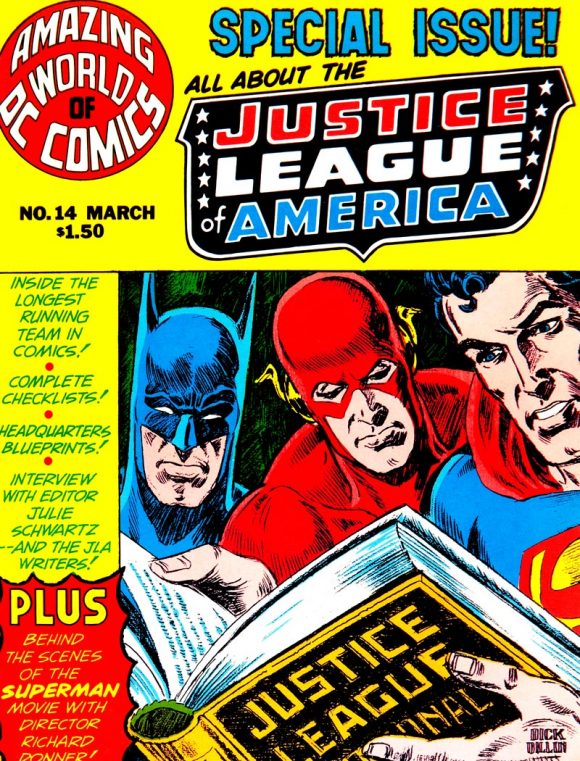 Dan adds: No joke, I just bought my own copy off eBay and it arrived this week. Such timing! Can’t wait to read it.

Invaders #17, Marvel. To be honest, The Invaders was a title I mostly ignored at the time. While I loved the World War II setting, the artwork by Frank Robbins was, to my young, untrained eyes, ugly and weird. Over time, I came to realize Robbins was a master, his pages full of energy and crazy details. Now when I get a hold of any issue of the series, I, uh, marvel at how gorgeous this book was. Though I do wonder what my parents would have made of me bringing home this particular issue, with an Ilsa, She Wolf of the SS-type stranding astride the cover. 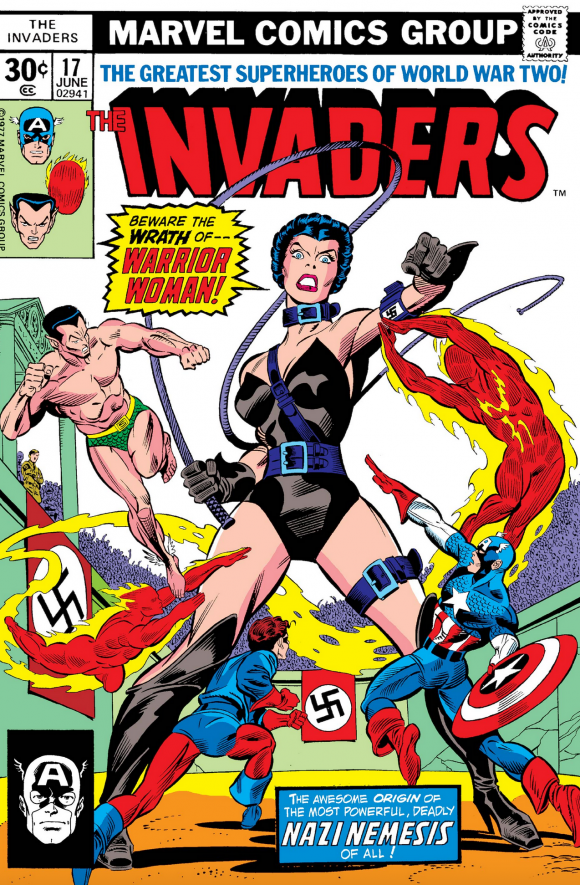 Justice League of America #143. Steve Englehart had only recently taken over the title, and immediately he started dropping in little bits of characterization suggesting that maybe all the JLAers don’t get along all the time (what is this, Marvel?). He put a metaphorical brick on the gas pedal with this issue, where fissures between the team members end up with Superman and Wonder Woman actually coming to blows. Amazingly, when Justice League of America became an extra-size book, regular artist Dick Dillin simply produced more pages. When did he ever sleep? 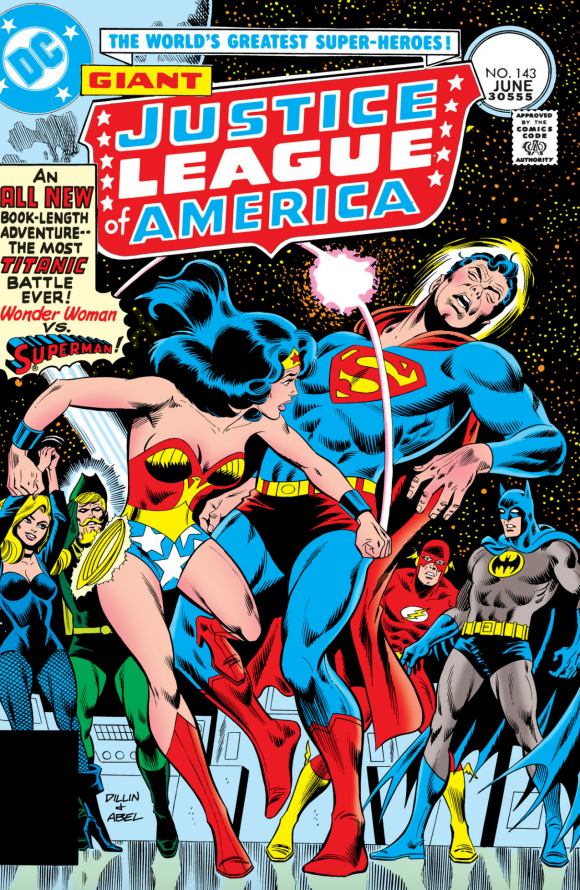 Marvel Treasury Edition #14, Marvel. Marvel did such a great job with its treasuries, and this book is no exception. Working as a proto-TPB, The Sensational Spider-Man reprints three issues of ASM in a row — Issues #100-102, the Morbius saga. Plus Gil Kane at treasury size, yahoo! And just to shake things up a bit, they wrap it up with a short piece from Not Brand Echh! drawn by the incomparable Marie Severin. 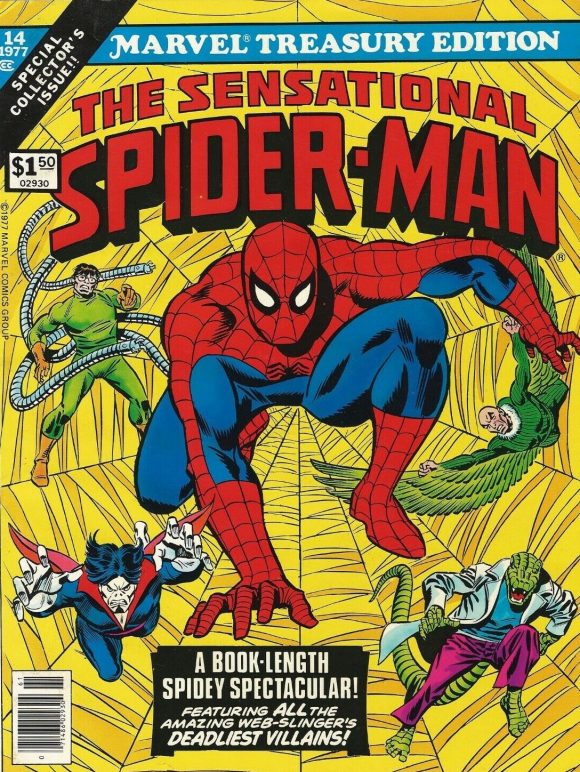 Weird #53/Vol. 10 #2. OK, this one floored me when I saw it was on sale the same time as these other books. Magazines like Weird never showed up on my local newsstands (I was lucky to find a Warren once in a while) and, with disreputable covers like this, I never would have been able to get it into the house anyway. As I got older and more knowledgeable about comics history, I became aware of M.F. Enterprises’ output, but I had no idea they were still grinding out this stuff as late as 1977. I admire that kind of stick-to-it-iveness. I’ve read a few of these and the interiors never live up to these lurid covers, but man do I wish I had visited a newsstand that stocked this next to Richie Rich Profits. 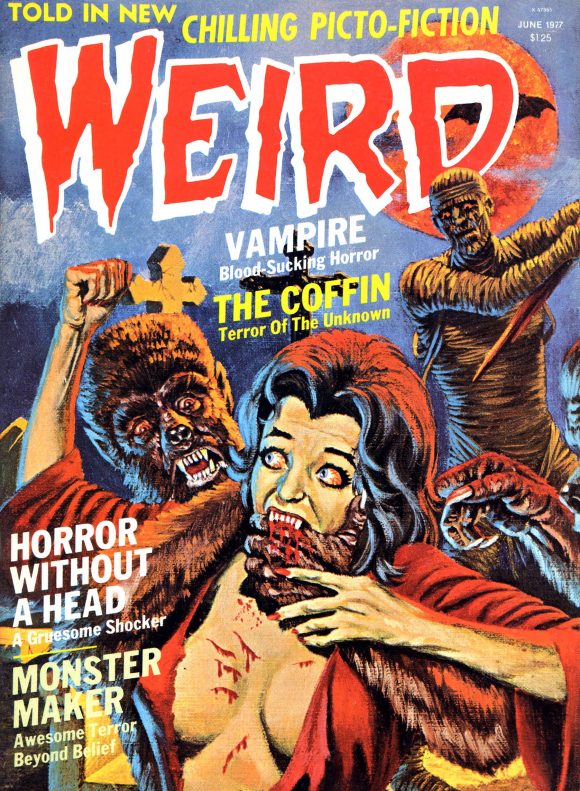 Daredevil #146, Marvel. This was my first encounter with Bullseye, and he really creeped me out. I remember the way they expressed Daredevil’s helplessness without his radar sense being very effective. 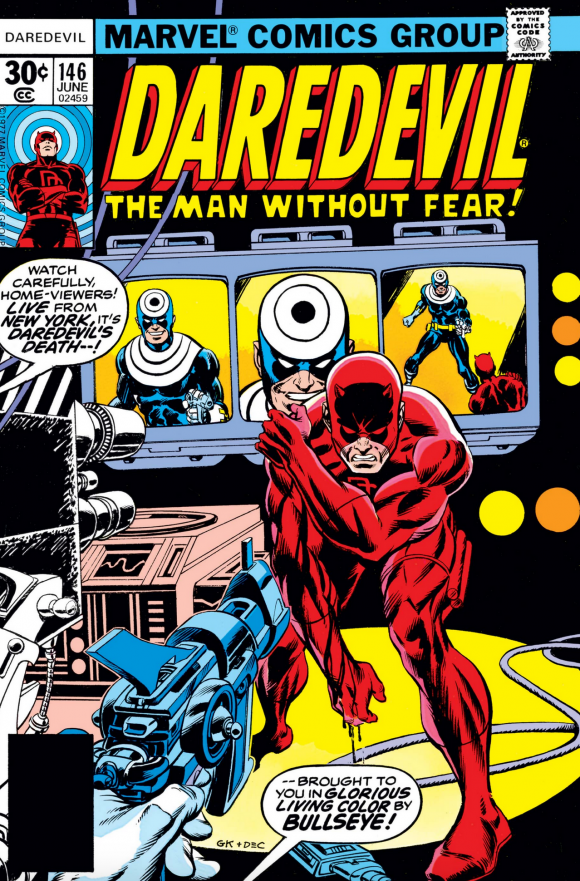 Isis #5, DC Comics. Even as a kid, something in me knew that Isis wasn’t really part of the DC Universe. I mean, it didn’t stop me from buying her Mego action figure, but I did so begrudgingly. 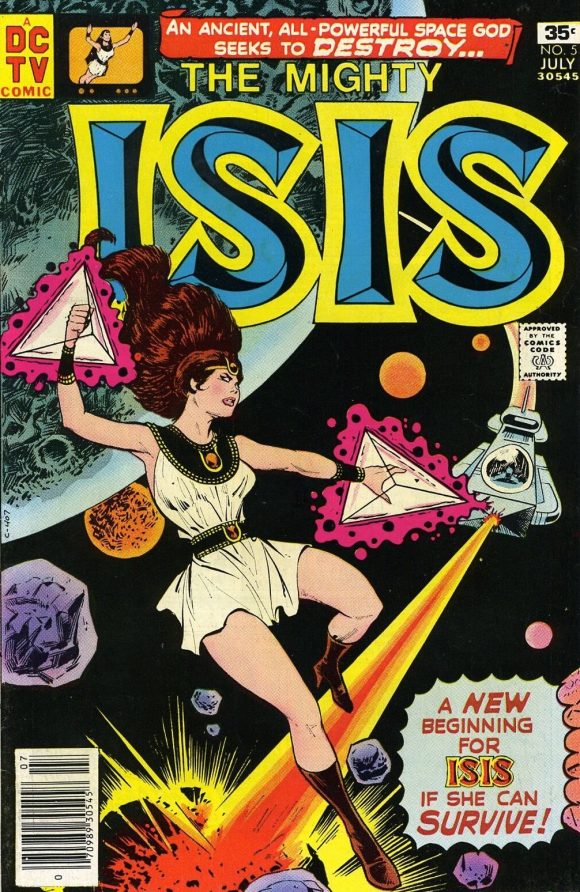 Super-Villain Team-Up #12, Marvel. Look at that crazy thing Red Skull is riding! I would buy an action figure of that right now! Especially if he was wearing the goldfish-bowl space helmet. 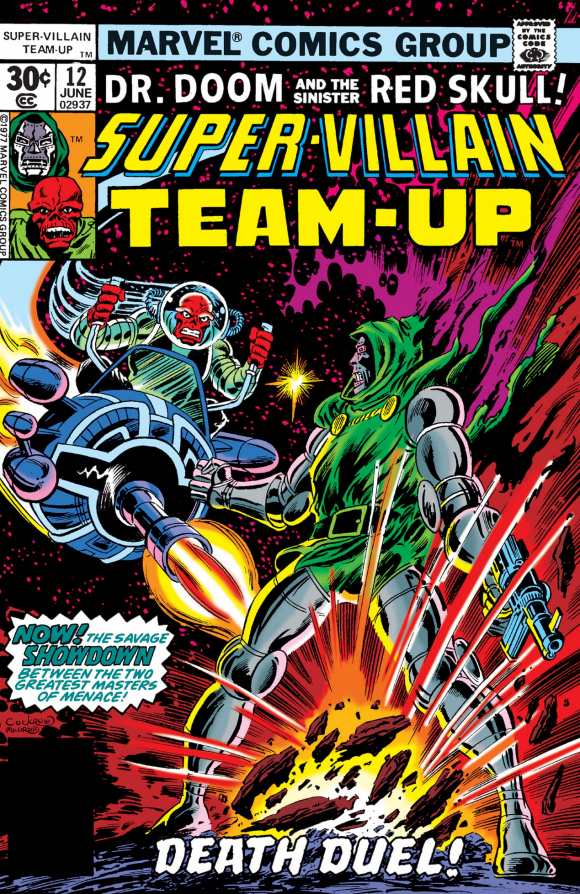 FOOM #17, Marvel. I’m all about the ’70s official fanzines right now. In fact, just this week I wrote that Marvel should publish a FOOM omnibus. How great would that be? And how great would it be if DC gave us an Amazing World of DC Comics omnibus? Great, I tell you! Great! 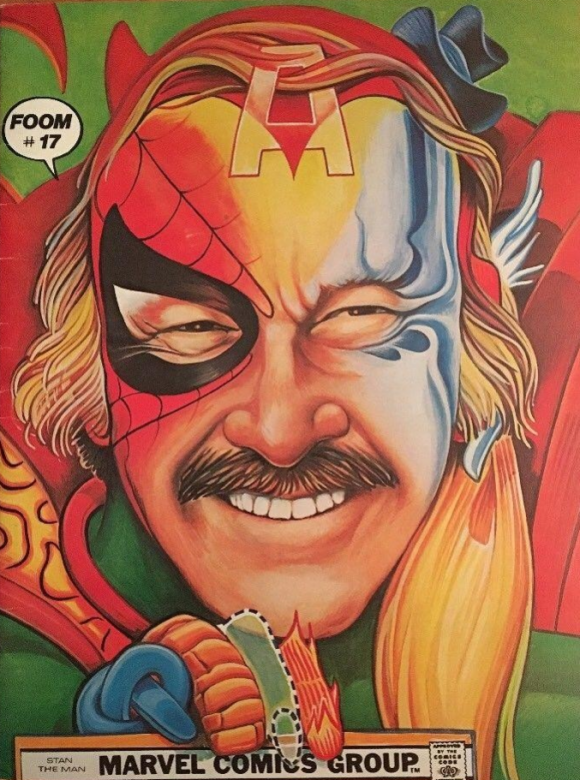