Remembering a Friend, by JUSTIN ACLIN

Writer Justin Aclin recalls with fondness his collaboration with the late Mike Dimayuga, whose birthday was today.

Back in the days of Jerry Siegel and Joe Shuster, or Joe Simon and Jack Kirby, there was little separation between writer and artist in comics. We picture them working back-to-back in cramped quarters, finishing pages and rushing them in person to their editors.

With modern technology, of course, writer and artist need never even meet in person. Scripts are written and emailed, pages are penciled and scanned, and nothing more is required. They can be halfway around the world from each other and it doesn’t affect the production of a comic one bit.

Mike Dimayuga lived clear across the country from me, he in California and me in New York. I “found” him online — something about an art sample he’d put up on the site Digital Webbing convinced me that he was the artist I was looking for as I was putting together my first comic book. And I convinced him, over email and occasional phone calls, to come aboard and work on the book with me. 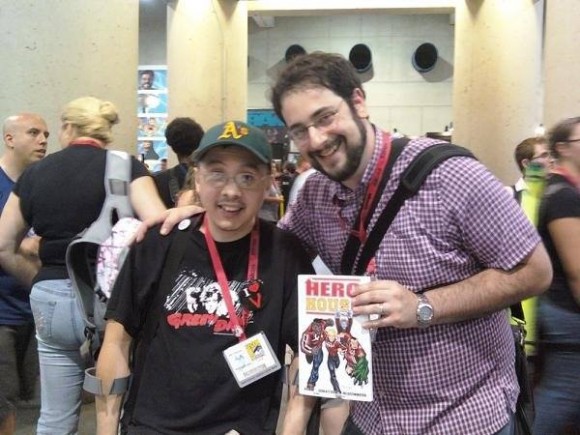 We worked like that for several years, emailing back and forth several times a day, before I ever met him in person. I didn’t need to meet him in person to make our comic. But I’m so glad that I did.

Mike died this past September, suddenly and completely unexpectedly. I’d never been to his house, and he’d never met my family, but I considered us friends. We only met a handful of times, and always at San Diego Comic-Con, which is nobody’s idea of an environment conducive to in-depth conversations.

But I learned a lot about Mike in those few meetings. The first thing I couldn’t help noticing was that Mike used crutches to walk, something that had never come up in any of our conversations. It had no reason to. He could draw spectacularly, so what did it matter to our creative process? 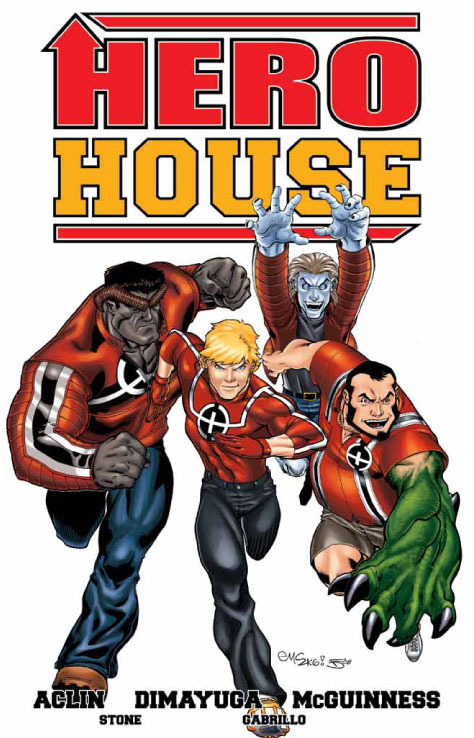 I learned that Mike came from a huge, close-knit family, and I got to meet some of the family members that accompanied him to the show. And above all, I learned that he was as generous and kind a person in real life as he seemed to be in our emails. He sent me a Christmas gift every year without fail, and when I had kids he started sending things for the entire family.

But mostly, I learned what it means to create comics with someone, not just to hire an artist to work on a project. There’s so much I’d do differently if I could start over. It wasn’t until we were really deep into the project that I even asked Mike what he liked to draw. (Sexy women, it turns out. Coincidentally, there were almost no female characters in the comic, another huge regret on my part.) 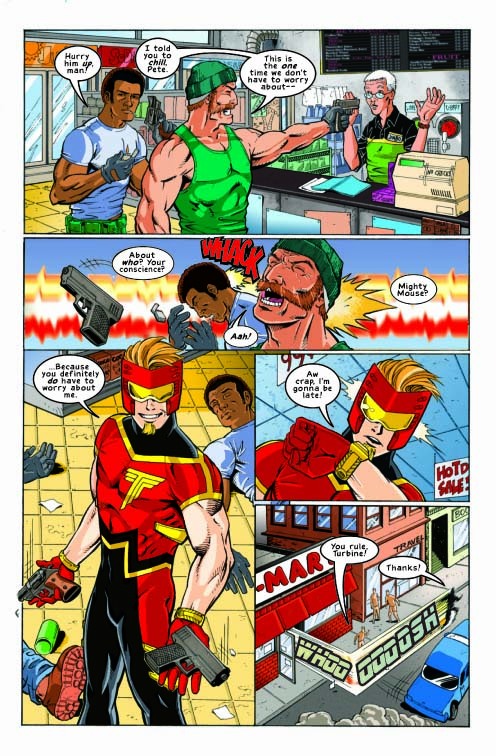 Just some of Mike’s work on Hero House

I’ll never get that chance. Mike died, surrounded by family — not in a hospital, but in a park. Instantly, in beautiful surroundings.

This past Christmas was the first time in nearly a decade that I didn’t get a Christmas gift from Mike in the mail. But he gave me many gifts, of course, that I still carry with me. I got to know a unique and special person. I wouldn’t have a comics career if he hadn’t believed in my story. And he taught me that just because technology makes it unnecessary, doesn’t mean you don’t need to meet the people you work with.

Comics are better when you create them with friends.

Justin Aclin is the writer of many a comic, including Dark Horse’s S.H.O.O.T First.