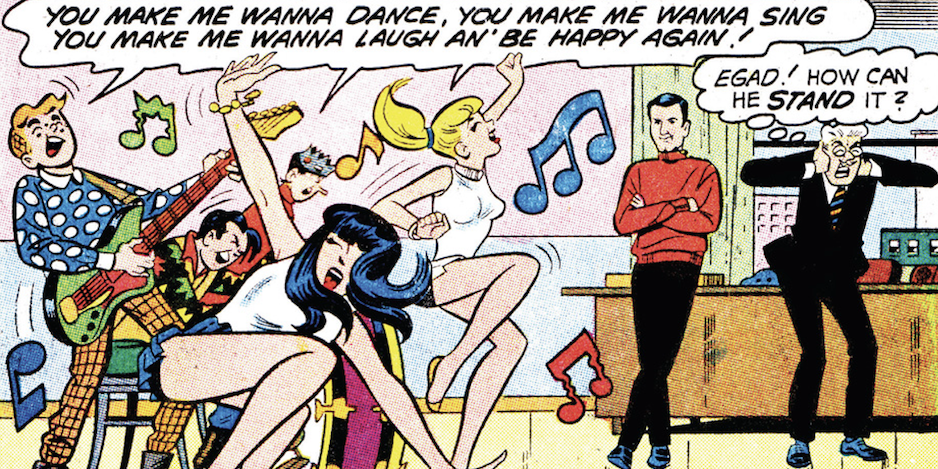 This year marks the 55th anniversary of The Archies and Archie Comics is celebrating with a special one-shot due April 6: The Archies Anniversary Spectacular #1.

The issue features the old and the new, including a fresh piece written by Tom DeFalco — a silent story illustrated by Jeff Shultz, Jim Amash, Glenn Whitmore and Jack Morelli.

But that’s not all! Among the vintage tales is The Music Man from 1968’s Archie #189, in which the band meets hit-machine exec Don Kirshner (who oversaw the “real” band in real life).

So dig this EXCLUSIVE PREVIEW of DeFalco’s Sound Off!, along with the complete The Music Man, by Frank Doyle, Harry Lucey and Bill Yoshida. 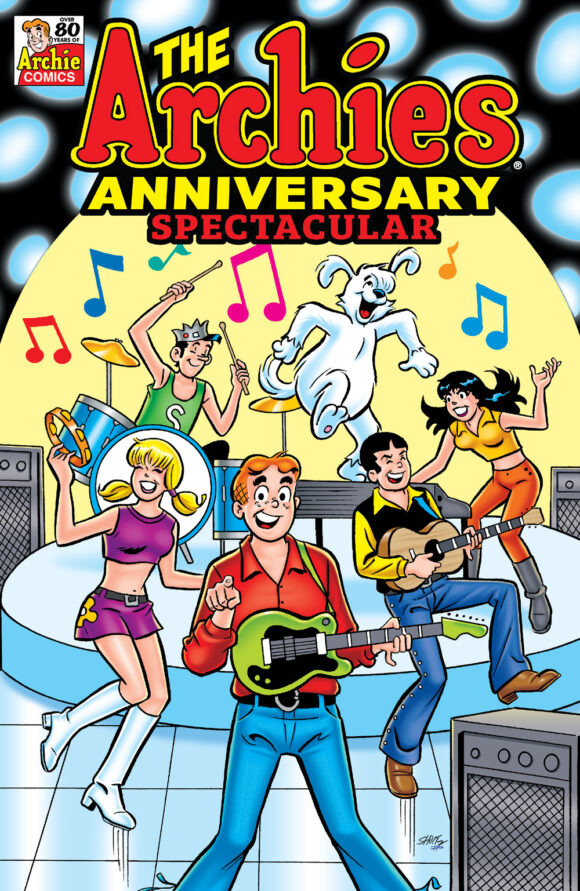 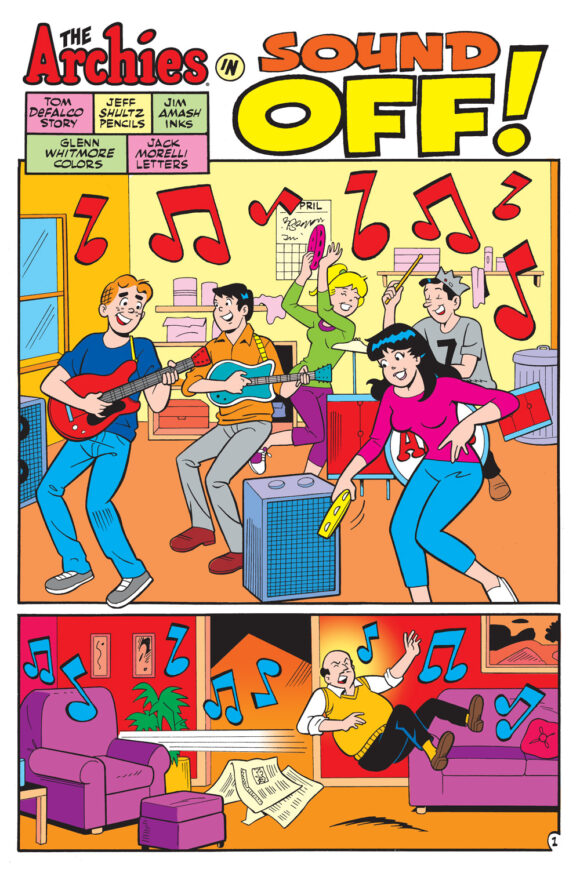 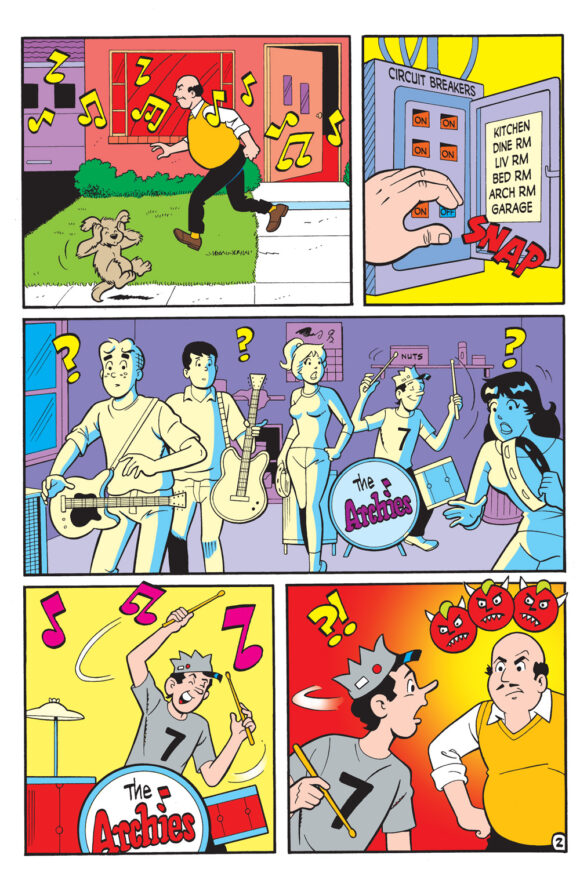 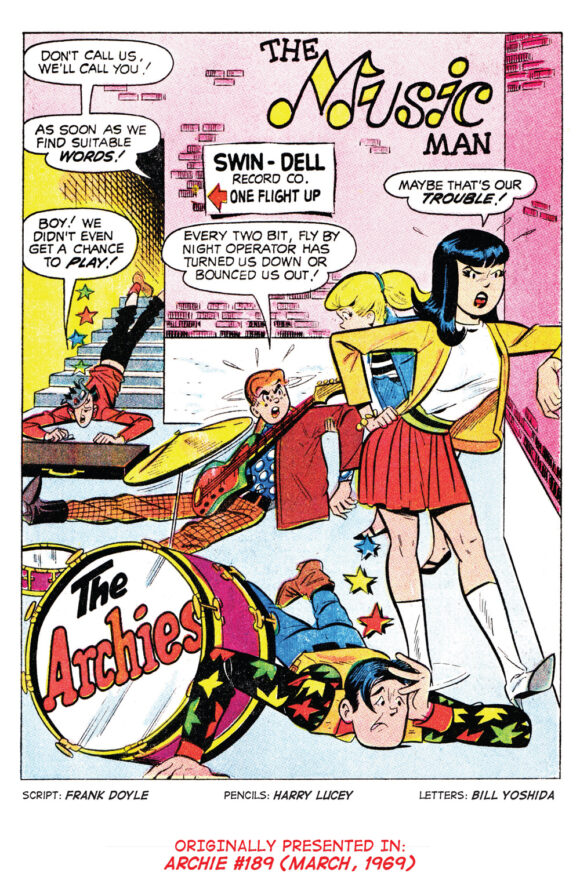 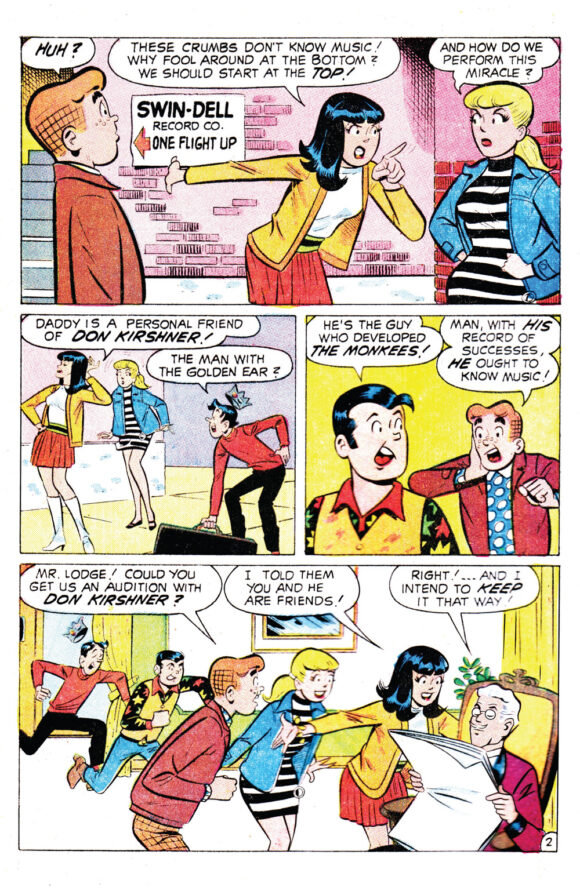 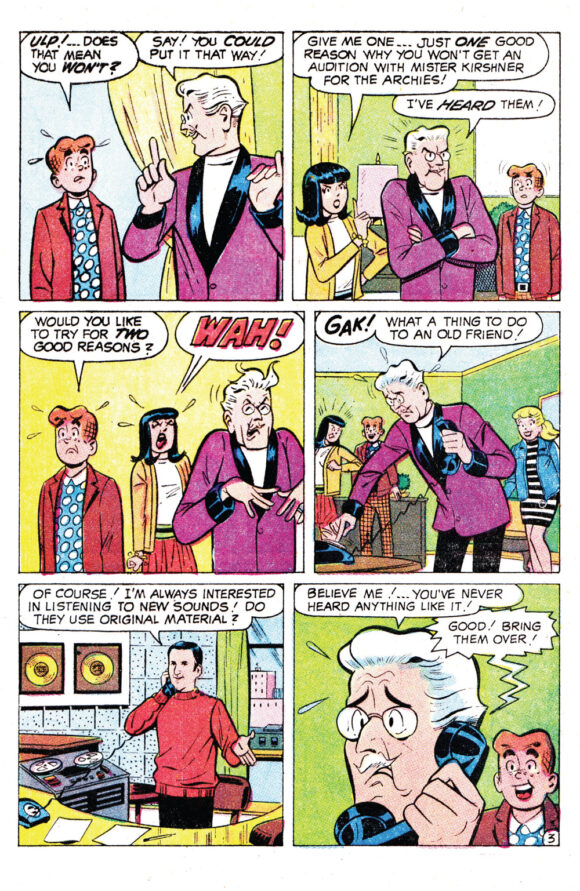 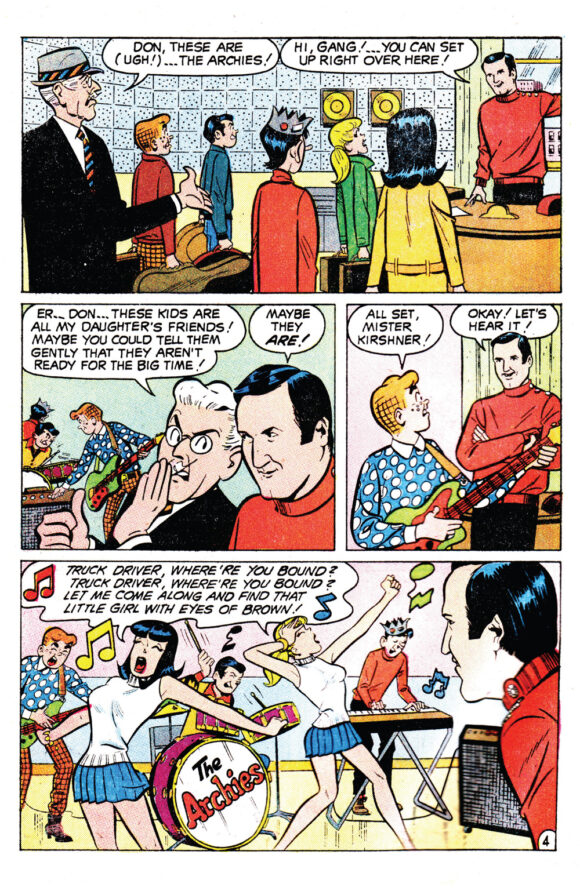 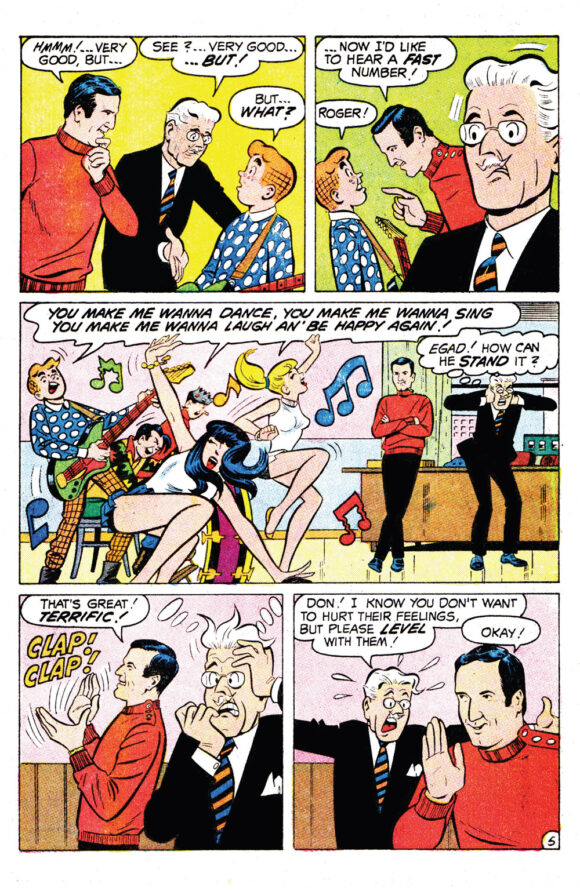 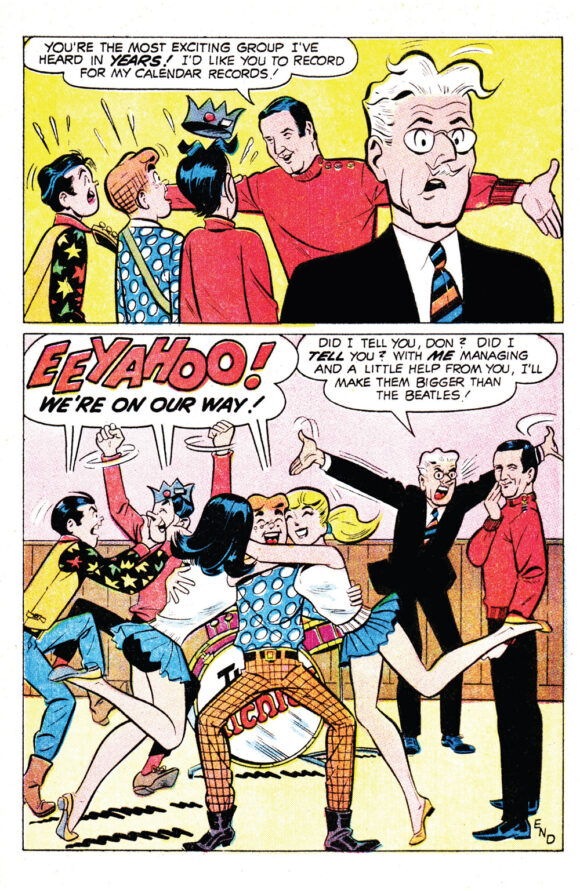