REEL RETRO CINEMA: The Spy Who Loved Me

New looks at old flicks — and their comics adaptations…

1977’s The Spy Who Loved Me is the 10th James Bond film, and the third go-round for Roger Moore. It opens with one the series’ most jaw-dropping stunts — a ski jump off a cliff that features Bond falling for what looks like miles, only to end with our hero popping a parachute that is the Union Jack. The credits feature a catchy theme song (“Nobody Does It Better,” by Carly Simon) and then we’re thrown headlong into the story, which involves British and Russian subs that are mysteriously disappearing. 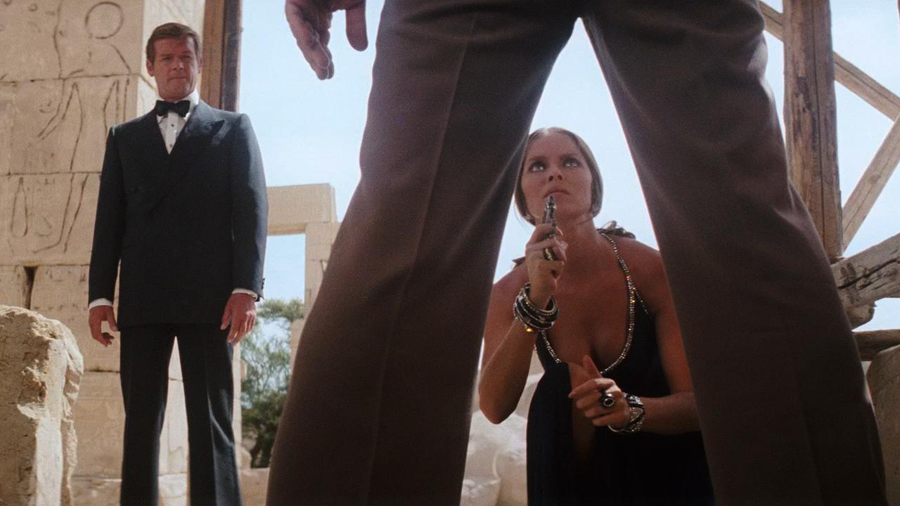 During their mission to find the man behind all this, shipping tycoon, scientist and anarchist Karl Stromberg (Curt Jurgens), they run afoul of a hulking assassin named Jaws (Richard Kiel), who never met a problem he couldn’t solve by biting it with his set of metal chompers. While going undercover as a marine biologist and his wife, Bond and Anya meet with Stromburg and his right hand (wo)man, the ravishing but deadly Naomi (Caroline Munro).

Eventually their true identities as spies are discovered, and Bond and Anya escape in a Lotus that turns into a submersible. Naomi is killed in the process (boo!), and Anya also learns that Bond killed her fellow KGB agent. She promises revenge once their joint mission is concluded.

The film’s extended finale takes place in Stromberg’s cavernous underwater base (from which he plans to rule the world after the super powers are destroyed in a nuclear holocaust). Anya is kidnapped, and Bond has to simultaneously stop Stromberg from launching nuclear missiles, escape another attack from Jaws, and rescue his erstwhile partner. Does he pull it all off? Of course he does, because, as the song says, nobody does it better! 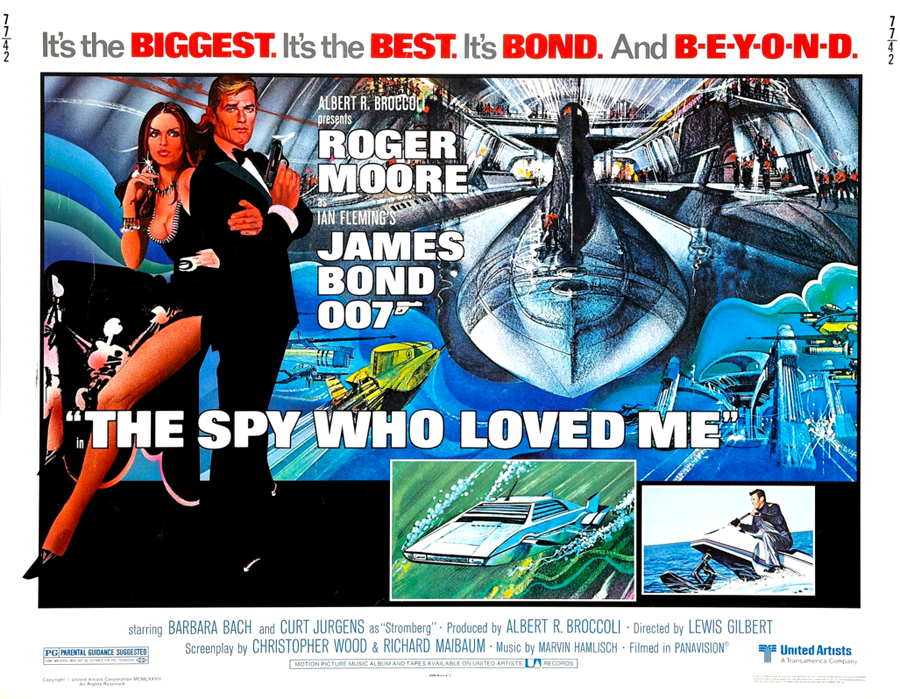 The Spy Who Loved Me is considered by many to be Moore’s finest outing as 007, and one of the best Bond films, period. And it’s hard to argue otherwise: It features all of the classic Bond elements, each of them about as good as they ever have been. Gone is the silly cornpone humor found in the previous two installments (Sheriff J.W. Pepper, I’m looking in your direction). The aforementioned standard pre-credits stunt sequence is stunning. Barbara Bach is one of the most beautiful “Bond Girls” ever, but also gets to play more notes than the standard damsel-in-distress. The Lotus that turns into a sub is one of Q’s coolest gadgets, skirting the edge of Completely Ridiculous but not quite crossing over.

Sadly, 13th Dimension favorite Caroline Munro (click here and here) doesn’t get a whole lot to do as Naomi before she’s killed off, but I think she was mostly hired for the sequence where Bond and Anya pretend to be a married couple. Naomi catches Bond’s eye (of course), which stirs some jealousy in Anya. There weren’t too many women on Earth that the stunning Barbara Bach could plausibly be jealous of, but Caroline Munro was one of ’em! 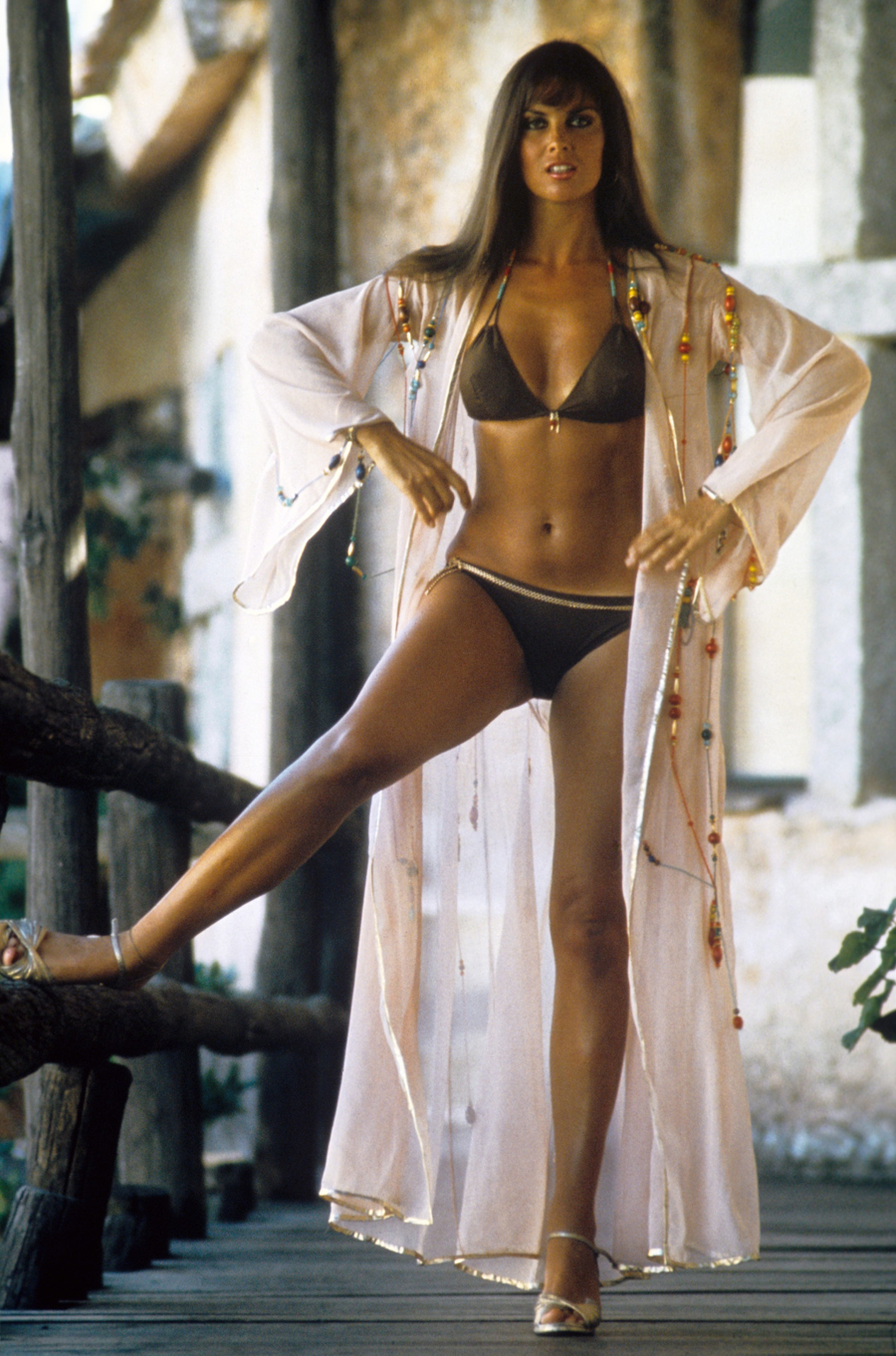 Richard Kiel is weirdly imposing as Jaws, and the cat-and-mouse chase scene between him and Bond set amid the Pyramids is well executed and tense. Curt Jurgens is decent as as the web-handed Stromberg, but he’s clearly a stand-in for Blofeld (who couldn’t be used for contractual reasons) and he doesn’t know how to pronounce 007’s name (“Bund”).

But whatever flavor Stromberg may lack is made up for thanks to his bad-guy lair. The Black Manta-esque underwater base is one of the series’ best sets, inside and out, a piece of impeccable work by longtime Bond Production Designer Ken Adam (with an unaccredited assist by no less than Stanley Kubrick), and it was a smart move to set most of the film’s conclusion there. 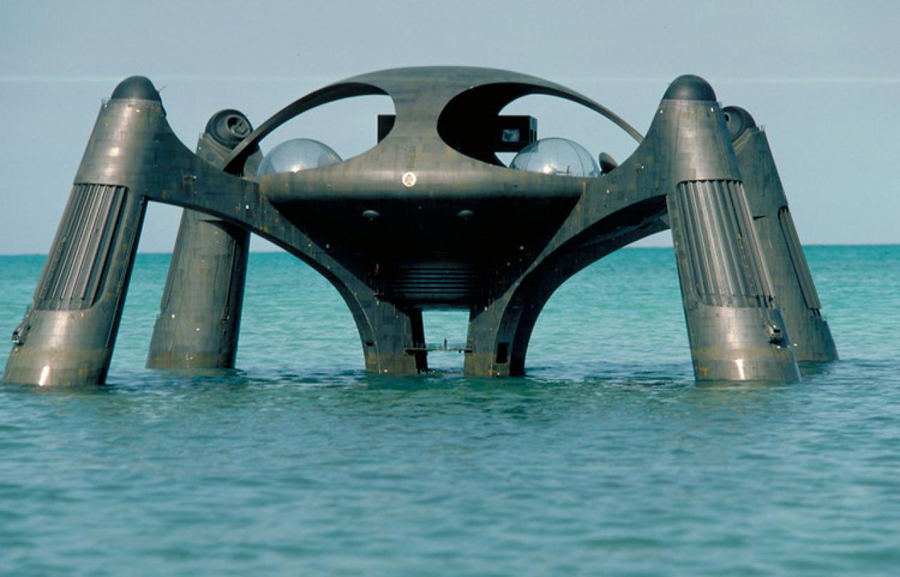 As for the main man himself, Roger Moore is also at his best here as Bond. Moore admits he was never comfortable as the remorseless assassin essayed by Sean Connery, so giving him a female protagonist that is just as deadly as he is plays to his strengths.

While there is no straight comic-book adaptation of the film, a James Bond adventure called The Spy Who Loved Me was produced in illustrated form—this time, for the 007 newspaper strip! 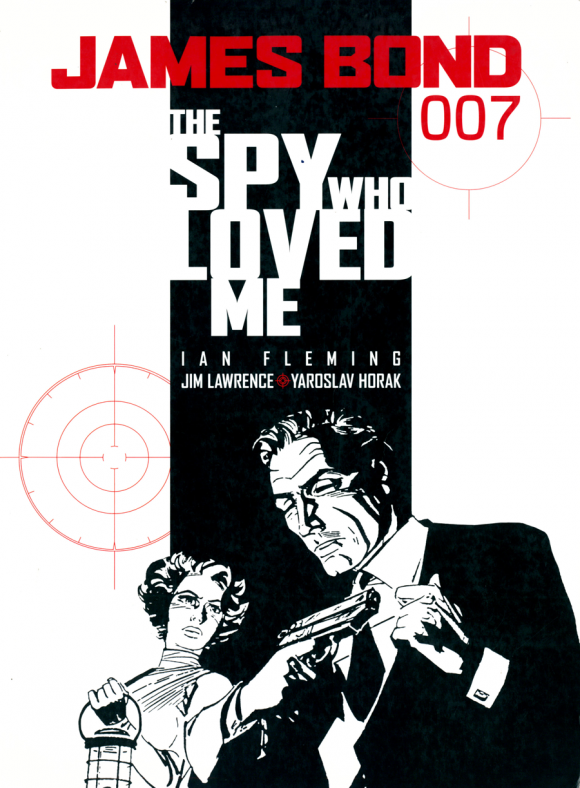 Ian Fleming’s original novel was a departure from his other Bond books, in that it was told from the perspective of a woman whom Bond rescues. It was not well received by critics, and that must have colored Fleming’s view of it in perpetuity, because when he sold the movie rights the stipulation was the film version could not use any of the book’s plot elements. That stipulation held for the late-’60s newspaper strip as well, so when it came time to “adapt” the story, writer Jim Lawrence decided to craft an entirely new adventure that details an adventure Bond is on—and is briefly referred to—that takes place before the events of The Spy Who Loved Me.

Instead, this Spy Who Loved Me focuses on a test pilot named Mike Farrar who is involved in the test trials for a new spy plane called the Ghosthawk. Farrar is blackmailed by a man named Horst Uhlmann, formerly(?) a member of a little group called SPECTRE. Of course once they hear SPECTRE is involved, the British Secret Service assigns their top agent — 007 — to look into it. Unlike the source novel (which doesn’t feature Bond until almost 2/3rds of the way through), the newspaper adventure brings 007 in much earlier. (When we first see Bond, he’s—of course—in the arms of a beautiful woman.)

As you might expect, the strip doesn’t feature any of the movie characters—no Stromberg, Jaws or Naomi — but it’s still a rollicking adventure, drawn with verve by artist Varoslav Horak. Horak’s style reminds me of the great Mike Sekowsky, with its hard lines, weird angles, and grotesque bad guys, and is not at all what I expected from an officially licensed tie-in like a James Bond newspaper strip. But as the story went along, it grew on me, until I realized I wished there was a live-action adaptation of this story, too!

The James Bond newspaper strips have been collected by Titan Books into a series of handsome oversize black-and-white graphic novels. The Spy Who Loved Me gets its own volume (accompanied by a second, shorter adventure called “The Harpies”), and features an introduction by Naomi herself, Caroline Munro!

If you’re a big James Bond fan, pick this book up. It’s a load of fun, as is the movie. Basically, no matter what version you get, you’ll love The Spy Who Loved Me.

Rob Kelly is a writer/artist/comics and film historian. He is the co-host of The Fire and Water Podcast (and the host of its sister show, The Film and Water Podcast), the co-creator and writer of the award-winning webcomic Ace Kilroy, and the creator of the book Hey Kids, Comics!: True-Life Tales From the Spinner Rack. Two Caroline Munro films down, many more to go.