NEAL ADAMS MONTH: One of the Greatest Covers Ever

Home » BATMAN'S HOT-LINE » NEAL ADAMS MONTH: One of the Greatest Covers Ever

Yesterday’s installment featured Sinestro #20, which was based on Action Comics #419. (Click here.)

OK, I’ve been waiting for this one: Robin: Son of Batman #9, which is based on one of the greatest comic-book covers of all time, Limited Collector’s Edition C-51, the tabloid treasury that collected the heart of the original Ra’s al Ghul saga. 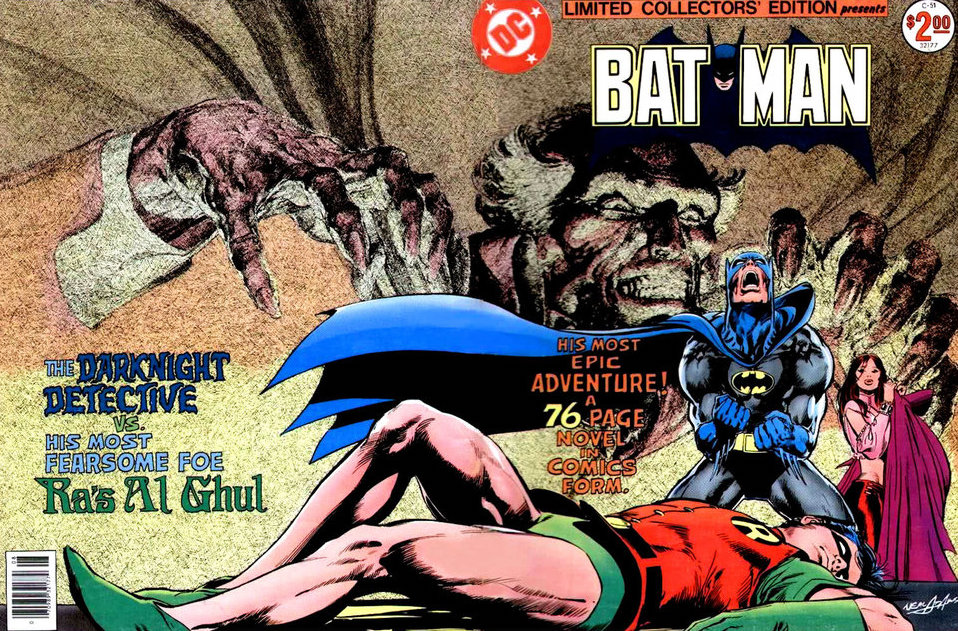 I actually have a print of that wraparound cover, signed by Adams, hanging above my comics collection.

Talking about this issue also provided the opportunity to discuss my dream-casting of Christopher Lee as Ra’s al Ghul and Caroline Munro as Talia with the guy who invented the way they look.

He also addressed that classic division of the pencilled background and the traditionally illustrated foreground.

So, sit back and dig this: 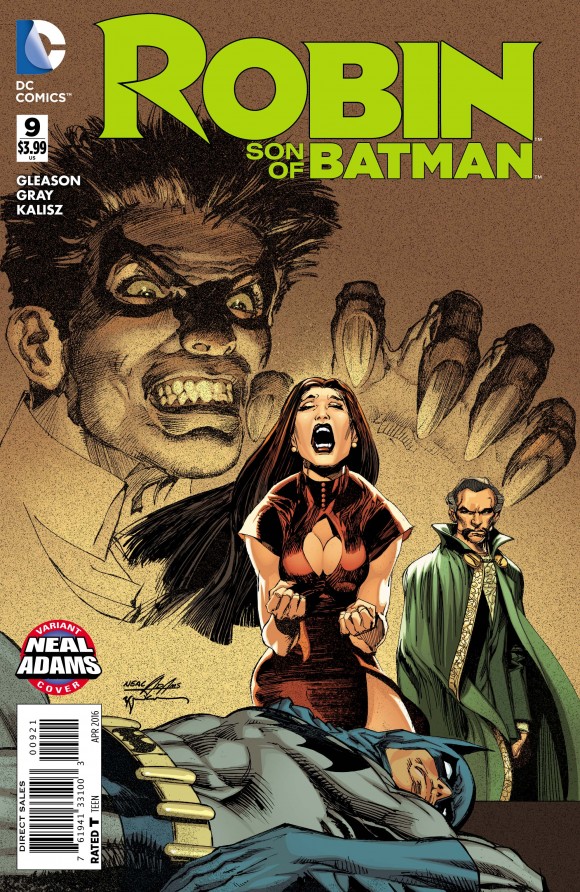 Pencils by Neal Adams, inked by Bill Sienkiewicz and colored by Dave McCaig.

Neal Adams: When that cover (the original) came out, there were people who would question me, even now today, did I do all those little lines with a pen? It was a pencil drawing that was done with a halftone screen. It looks like something that was done by Dore, the steel engravings from Hell.

Back in those days, to reproduce those, you’d have to do these steel engraving things. This is what that looks like. If you look at this and say, “Oh, my God! He drew all those lines?” — I didn’t draw any of those lines.

Dan Greenfield: I have a question for you about Talia, because she’s so prominent in both versions of this cover. 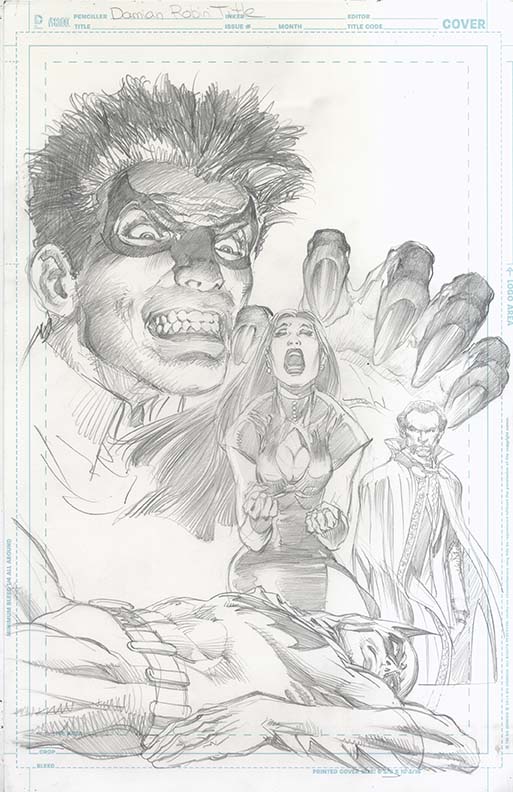 I wrote a piece recently about how, as a kid, I used to write to DC — because I didn’t understand how the world works — and say, “I want you to make a Batman movie out of this book, out of this (Ra’s) story. This is the one I want.” I would write in and I would say, this is who you need to cast.”

And there was an actress by the name of Caroline Munro whose birthday was a couple of weeks ago. I did a story and I wrote that this is the woman who needed to be Talia…

Neal: (Ponders the picture above, taking it in.) Yeah… Yeah. Ah, that would have been great.

Dan: And the outfit! That movie came out after the comic came out. It was a Sinbad movie.

Neal: Is she English? 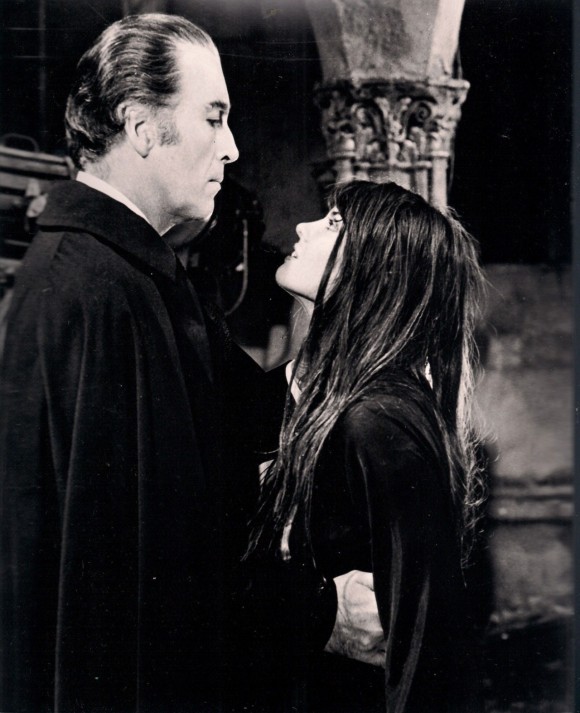 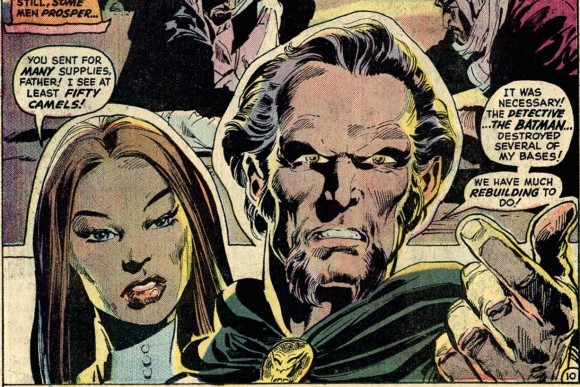 Neal: She would have been perfect. That’s true. You don’t find a girl like that every day.

Dan: No, and the fact that she had exactly the look!

Neal: Yeah. That’s great. But you know, what happens is that nothing is ever original. Nothing ever springs from nothing. It always springs from something. And I was a fan of hers, as well.

But I also would give credit to Christopher Lee for Batman for me.

Neal: In a weird kind of way. When I was contemplating doing Batman, I thought about Batman. Because you absorb things. It’s interesting that you bring her up because now I can see that there probably was something back there. Because you have to get those elements from something and there weren’t many women like that. She’s…gorgeous.

(NOTE: I went back and researched some more. Talia emerged around the time Munro was getting into films but she’d been a model since the mid-’60s, so anything’s possible… — Dan) 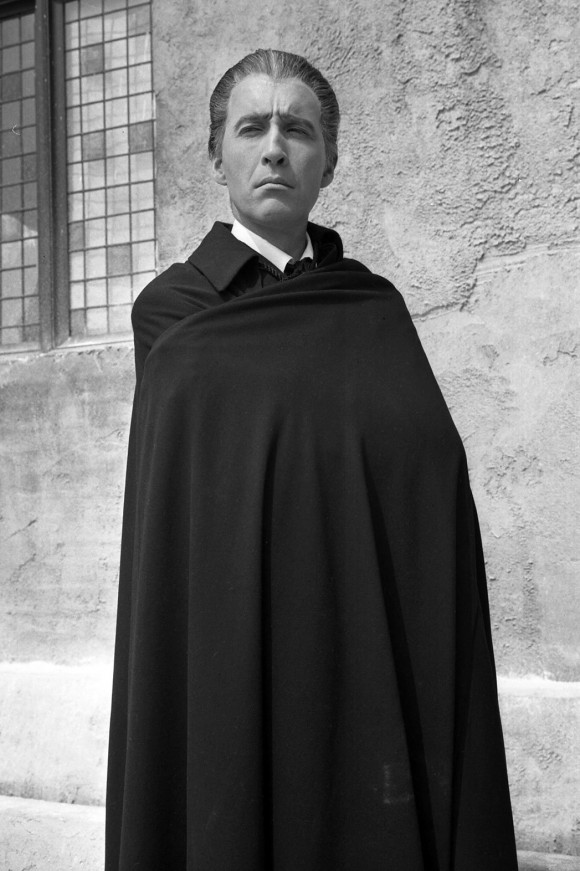 But I noticed when he turned, he didn’t just turn. He made a little quick turn to the right and then he turned to the left and walked off. And by turning to the right, he caused his cape to begin to flow outward. He came this way (gestures a circular motion) and the cape followed him like that and then it followed him as he walked off. And I realized that he made that turn to the right to get the cape moving because if he had just turned to the left, he’d walk into his own cape. 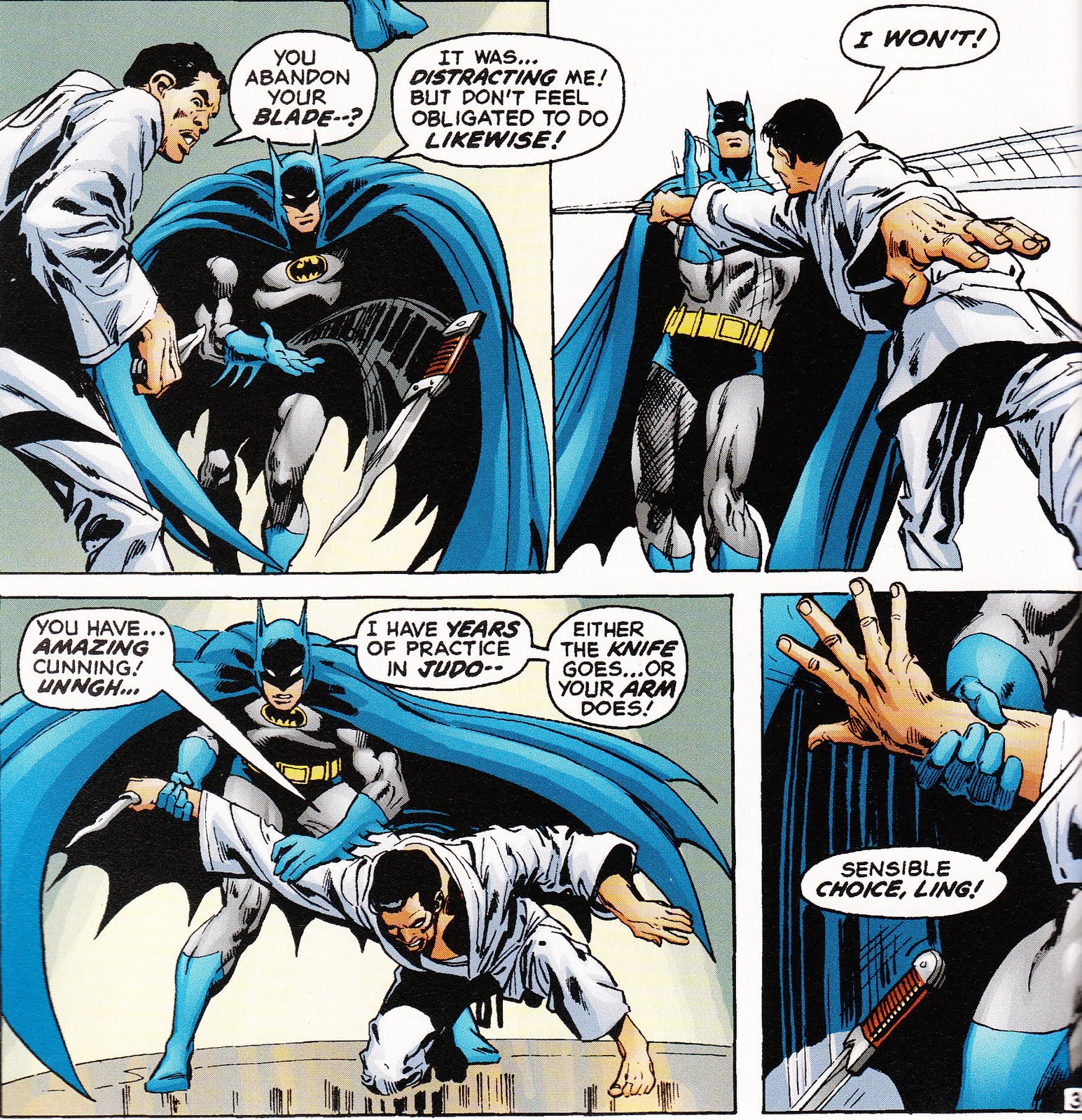 And the idea of my Batman—the way I did it and the way other people followed it—is, there’s a moment where the cape looks great, OK? And that’s the “photo” you take. You don’t take the other photos because very often it doesn’t work. You take the photo where the cape works. And that’s why the character looks great. And no other character’s like that. Everybody else…Nobody rehearses their cape. (Dan laughs) But it’s a great gimmick!

And I’ll bet if anybody talks to Ben Affleck, who’s playing Batman now, and says, “Do you ever stand in front of the mirror and rehearse the cape?” he’ll say yes.