MARVEL to Unleash Wave of New EPIC COLLECTIONS in Early 2022

From the Silver Age to the Modern Age — including Hawkeye’s first Epic Collection! 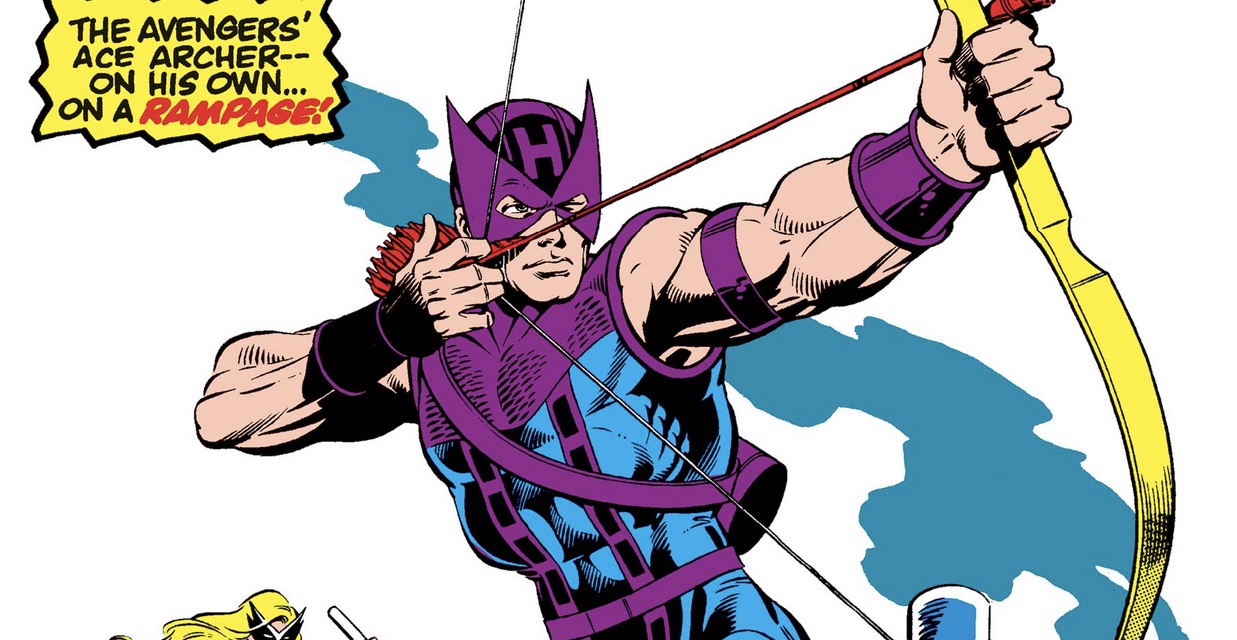 Hey, folks, time for a big Marvel Epic Collection update: Between listings on Amazon and at Hachette, we’ve culled a fat list of new titles you can expect early in 2022 — including Hawkeye’s first EC. (He has a TV show coming, y’know.)

The covers haven’t be released yet, so I’ve chosen representative examples. (Oh, and for a list of major re-releases, click here.)

Either way, dig these: 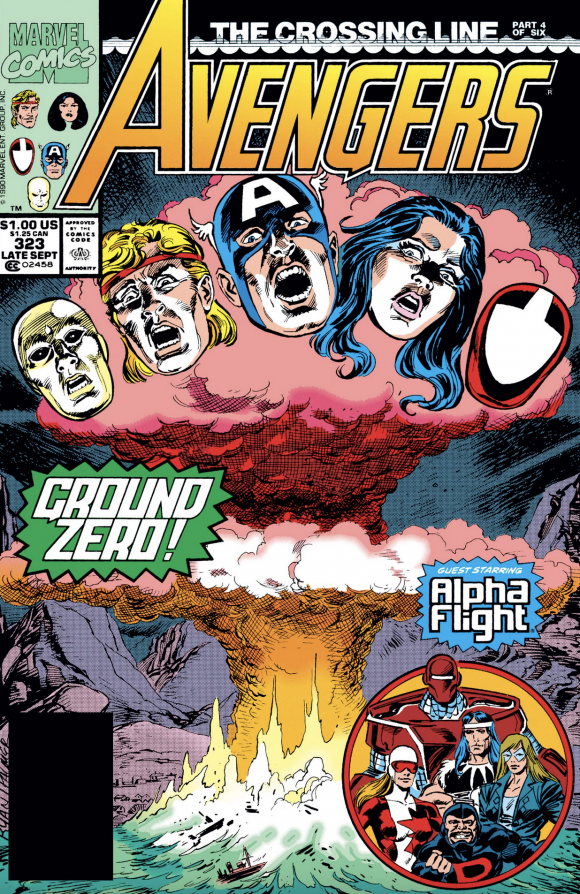 International action! To prevent a nuclear nightmare, the Avengers must take on the Russian People’s Protectorate, Canada’s Alpha Flight…and the undersea might of Atlantis! But back home, what is happening to Jarvis and the Avengers’ support staff? Then, Avengers East and West Coast team up when the towering Terminus strikes! And a new hero called Rage makes a major impression on the team…but will they see eye-to-eye in time to defeat the bizarre Tetrarchs of Entropy? Then, as the Avengers sign a new charter with the United Nations and the old order changeth once again, who will join Earth’s Mightiest? Rage? Spider-Man? Or…the Sandman?! And what happens when Doctor Doom targets Avengers Mansion? 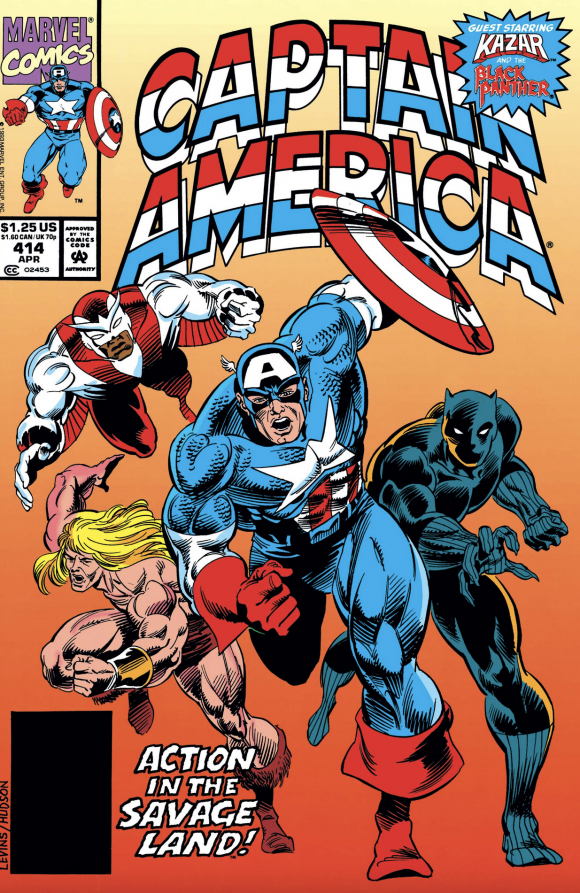 Captain America goes undercover! To infiltrate an A.I.M. weapons expo, Cap must defeat an army of super-villains — while disguised as his deadly foe Crossbones! Even with Falcon and Diamondback for backup, can Cap survive a showdown with every villain from Batroc to M.O.D.A.M.? Maybe once Shang-Chi arrives to lend his deadly hands! Then, Captain America joins Black Panther and Ka-Zar for some jungle action in the Savage Land — but the titanic Terminus is out of their weight class! When Silver Sable and the Wild Pack hunt Viper, whose side is Steve on? Cap and Ghost Rider are made to know fear by the Scarecrow! And the USAgent must solve the mystery of Scourge! 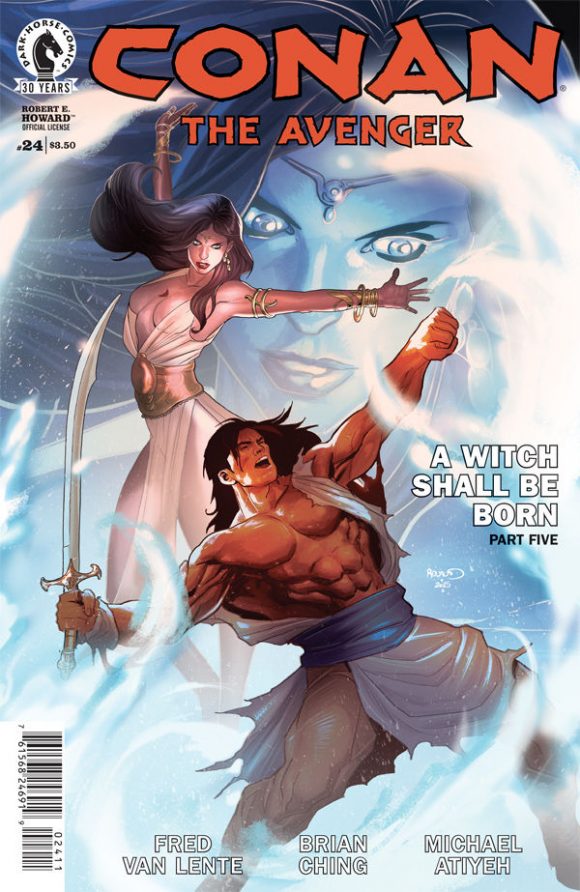 Conan’s chronicles conclude! When the beloved queen of Khauran is secretly replaced by the evil witch Salome, only one man sees through the deception: Conan, captain of Khauran’s royal guard! But can Conan stand against Salome’s villainous ally Constantius and his mighty mercenary army? Conan will be crucified and left for dead — but he shall have his vengeance! Then, a new saga begins as Conan stumbles into a camp of Kozak raiders alone, unarmed and half-dead. With a band of Turanian hunters in hot pursuit, the barbarian may find a new ally in the Kozaki chief — but what about the chief’s sons? And as the Turanians plot to end Conan’s life, a Nemedian princess lures him to the remote island of Xapur — where lurks the monstrous Devil in Iron! 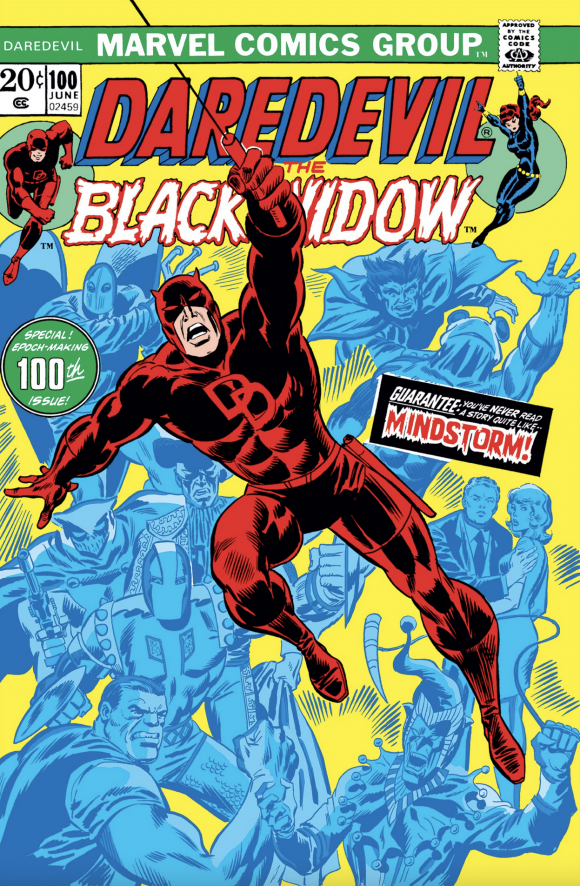 Daredevil and the Black Widow ditch New York City and are going out West get some peace, love and appreciation. No, scratch that: It’s new challenges and classic villains alike—Electro, Killgrave the Purple Man and Mr. Fear, just to new a few. All courtesy of Gerry Conway and the unmatched art team of Gene Colan and Tom Palmer! Then, Steve Gerber introduces adversaries weirder than anything on Haight-Ashbury. The Dark Messiah and Angar the Screamer lead the charge until Stilt-Man comes to strut his way across the Golden Gate. Topped off with a crossover adventure co-starring the Avengers and X-Men, a Spidey team-up and a fight with Kraven the Hunter turns decidedly cosmic. 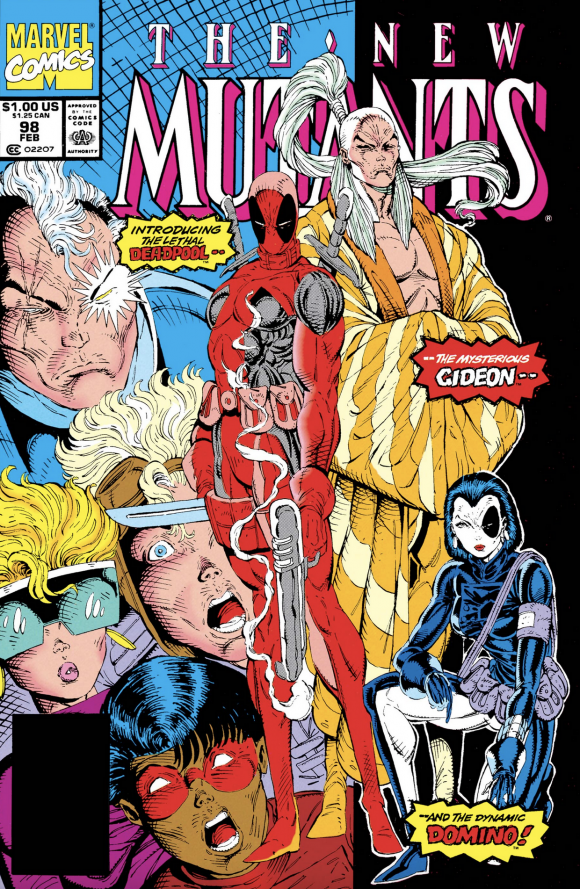 Heeeeere’s Deadpool! He’s the Merc with a Mouth, the Regeneratin’ Degenerate, the Sassin’ Assassin, now in his own Epic Collection! Debuting as a fast-talking thorn in Cable and X-Force’s sides, Deadpool quickly stole the spotlight. Now, with sidekick Weasel in tow, he sets out on a quest for romance, money and mayhem — not necessarily in that order! Wade Wilson must unravel the mystery of Tolliver’s Will, but when the Juggernaut crashes Deadpool’s party, it’s the unstoppable vs. the un-shut-up-able! Can the beguiling Siryn inject a little sanity into the proceedings? And what tragic secrets of Wade’s past will be revealed? 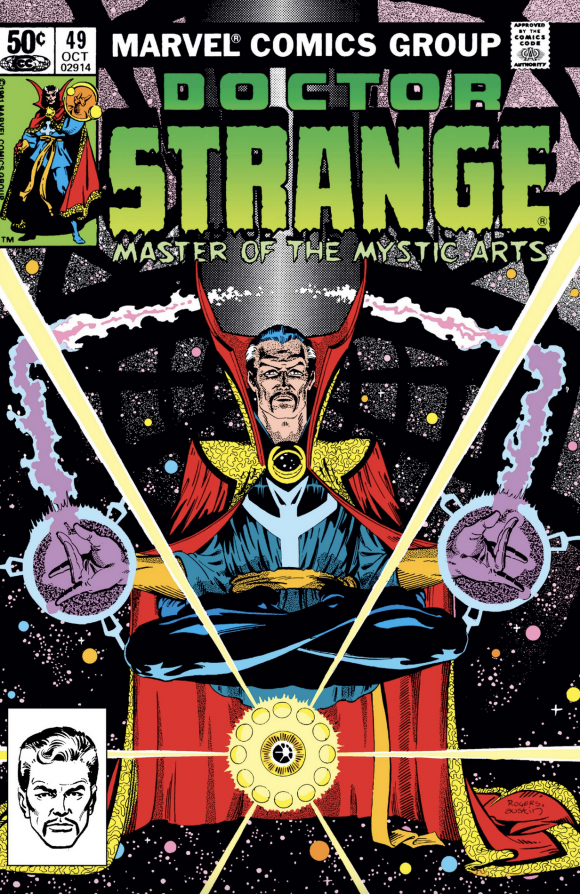 Roger Stern and Chris Claremont turn their magic towards the Master of the Mystic Arts—Doctor Strange! Joined by artistic icons Gene Colan, Marshall Rogers and Tom Sutton, there is no doubt the Doctor is in. Their stories featuring villains Nightmare, D’Spayre and the Dream Weaver twist reality and rend Strange and Clea’s souls with inconceivable fears. Next, Baron Mordo returns, armed with the occult secrets of the Vatican. Then, Wong is captured by the Shadowqueen and Clea and Strange must traverse dimensions and battle the demonic N’Garai to save him! Also featuring mystic encounters with Nighthawk, Namor, the Avengers and the Black Knight and the return of a figure from one of Doctor Strange’s first adventures. 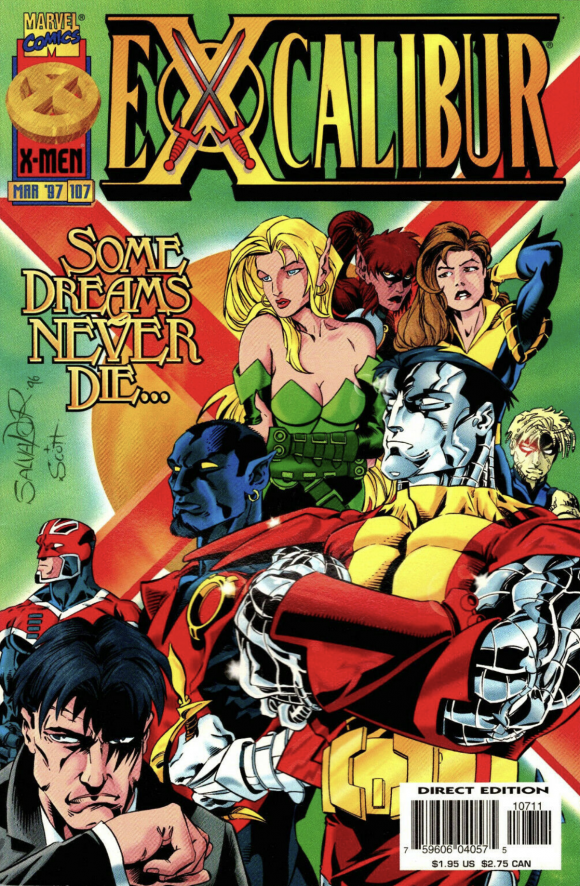 Captain Britain no more? When the mystical Dragons of the Crimson Dawn target Brian Braddock, a sacrifice must be made to save the world! Even with Spiral as their unlikely ally, can Excalibur stop the Dragons’ interdimensional scheme in time? Plus, as Kitty Pryde comes to terms with Douglock, the Phalanx in the shape of her dead best friend, S.H.I.E.L.D. comes calling! But what do they want with her — and how does it involve the vengeful spirit of Ogun? Meanwhile, Colossus and Meggan share high-stakes adventure in Wundagore and Murderworld! Wolfsbane and Douglock attend a New Mutants reunion with a time-tripping twist! Pete Wisdom’s past comes back to haunt him! And flash back to Nightcrawler’s circus days!

Fantastic Four Epic Collection: Nobody Gets Out Alive 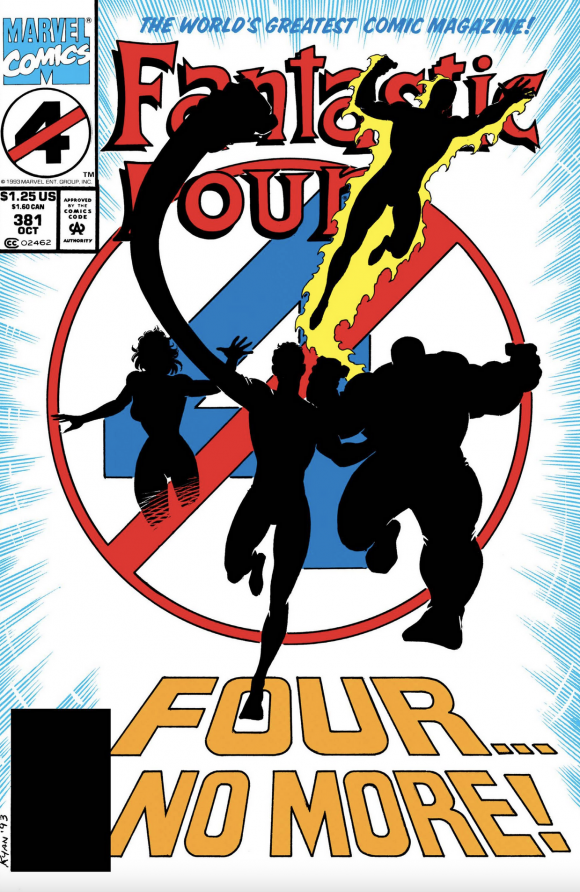 Four… no more! One member of the FF is about to die — but will it be at the hands of Paibok the Power Skrull, Devos the Devastator…or Doctor Doom?! The remaining “Fantastic Three” don’t have long to grieve before they’re whisked away to the Skrull Throneworld! If they can fight their way free, the trio may become a quartet again — with potential members including Lyja the Lazerfist, the teenage Franklin Richards…and Ant-Man! As Malice strikes, the FF must aid Namor in a bizarre battle against alien foes. Then, the Watcher banishes the team to an alternate world where they relive their initial encounter with Galactus! What is the Watcher’s endgame? Who is the mysterious Dark Raider? And is this the end of the FF?! Earth’s Mightiest Marksman! Follow Hawkeye’s career from his debut to his first solo adventure — and beyond! Though Clint Barton debuted as a foe of Iron Man and love interest to the deadly Black Widow, the sharpshooter soon reformed and joined the mighty Avengers, becoming a force for good…and a thorn in Captain America’s side! Now, learn Hawkeye’s hidden history, thrill to his size-changing stint as Goliath and unforgettable team-ups with Spider-Man and Ant-Man, witness his battles with the bizarre Death-Throws, and more! Plus, the heroic career of Hawkeye’s bride-to-be Mockingbird! 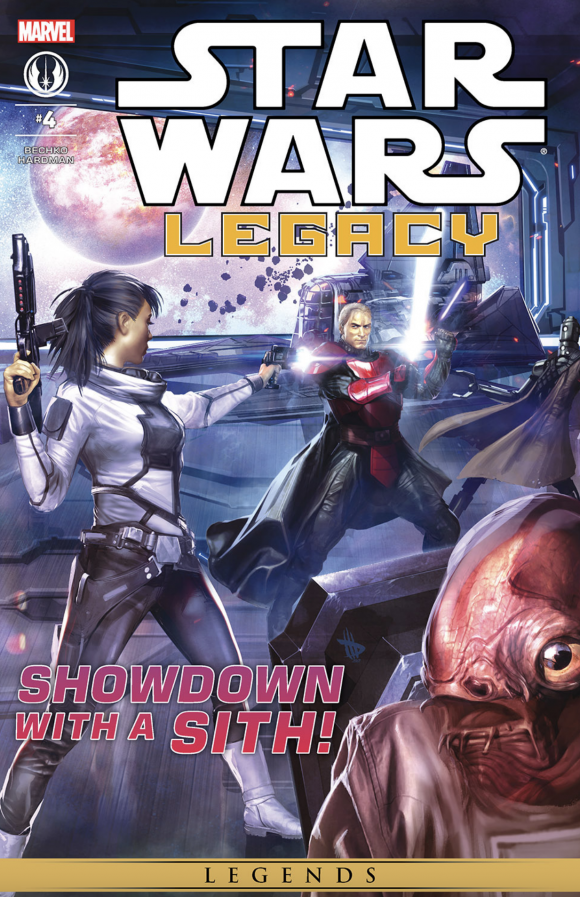 The end of an era! Nearly 140 years after Star Wars Episode IV: A New Hope, the galaxy is struggling to maintain a newfound peace. Ania Solo is trying to eke out a meager living by salvaging debris from the recently ended war — but when she stumbles upon a damaged communications droid and a stray lightsaber, she and her friends find themselves in deep trouble! Wanted by both the local authorities and a very determined Imperial Knight, Ania will soon learn that the lightsaber is at the center of a deadly plot — one that leads straight back to the villainous Sith! And, at the very end of the Star Wars Legends timeline, discover the final fate of C-3PO! 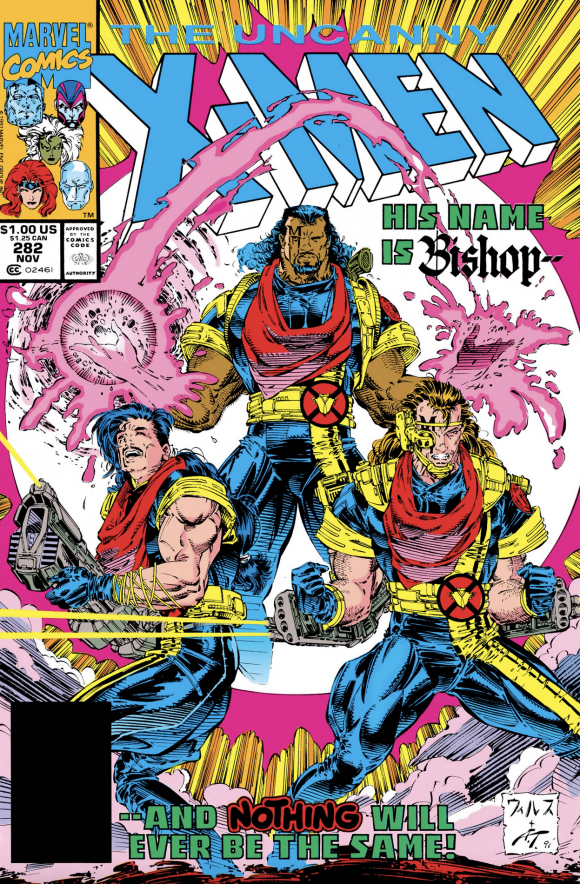 The coming of Bishop! The reunited X-Men have expanded into two squads — and while the blue team take on Omega Red and learn secrets of Wolverine’s past, the gold team broker peace with the Hellfire Club! But when advanced Sentinels crash the party, one X-Man may not survive! Then, guns blazing, the man called Bishop arrives from the future pursuing hundreds of escaped convicts through time — and finds himself stranded in the present! Bishop was raised to idolize the X-Men…but he knows a deadly secret waiting in their future! Plus, Colossus is reunited with his brother, the X-Men face the machinations of Mojo — and the blue team battles a New Orleans Brood infestation alongside Ghost Rider and…Gambit’s wife?! — There’s one more to add to this list, though there was very little information to be found: Conan The Barbarian Epic Collection: The Original Marvel Years – Of Once And Future Kings, which is due March 29, 2022. The 360-pager is priced at $44.99 and is expected to include Issue #60 and those that follow. We’re talking Roy Thomas and John Buscema, folks.

— Some listings included creators while others did not. In the latter cases, I added some names for reference purposes.