In The Bunker, the apocalypse goes digital

Home » In The Bunker, the apocalypse goes digital

Hannah Means-Shannon had the opportunity recently to talk to the guys behind the digital comic, The Bunker, Joshua Hale Fialkov and Joe Infurnari. Here’s what she found:Written by Fialkov (Elks Run, Superman, Batman, Rampaging Wolverine, I, Vampire), The Bunker is a suspenseful, time-travelling apocalyptic tale about the responsibility to create your own destiny told through the evocative line-work of fine-arts trained and digital maverick Infurnari (The Process, Ultralad, Mush!, Marathon). 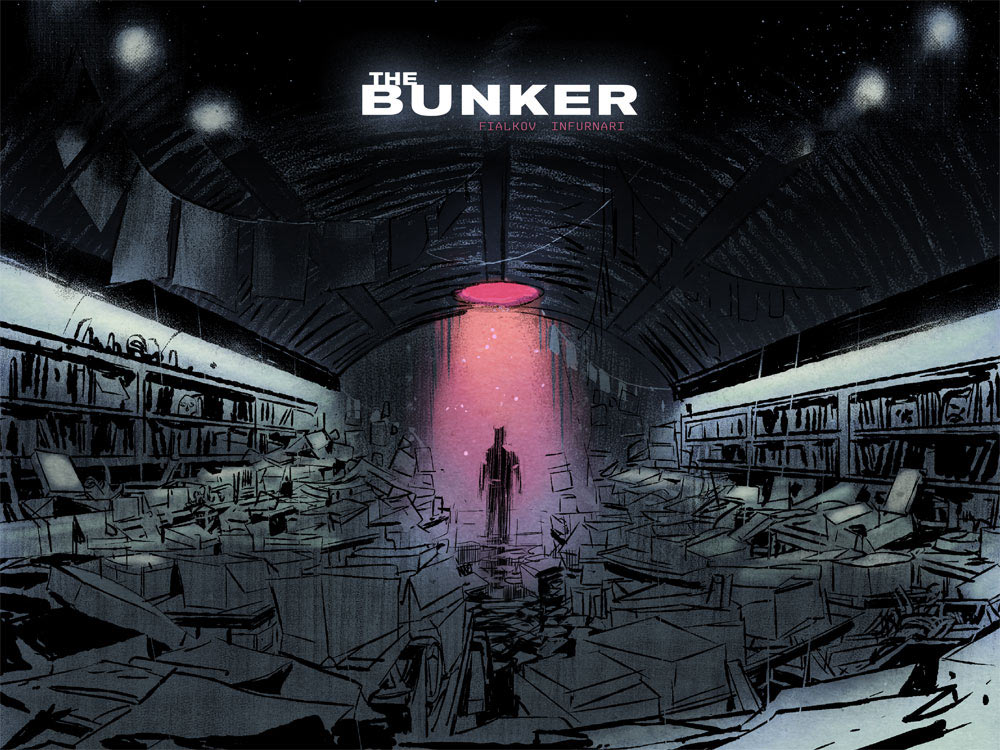 These multiple award-nominated comics creators have moved between mainstream and indie work to find their niche and The Bunker, which you can find on their website: whatisthebunker.com and ComiXology, is certainly their niche. Fialkov and Infurnari were happy to answer some questions about their new series.

Fialkov: It’ll sound pretentious, but I’m interested in truth. I want the books I write to be about a truth that I can understand. So, at the heart of everything I try to do, is something about myself or the world that digs at me and gets under my skin.

What makes you choose to pursue something as a comic rather than a film, and the comic format for The Bunker, in particular?

Fialkov: I moonlight in TV and film and video games. The Bunker, to me, is the kind of story where you just can’t tell it the same way in any other medium. It’s uniquely suited, with the time jumps and layered narratives, for the sophisticated comic reader.

What are the pros and cons of launching a creator-owned project like this and how does that compare to your experiences working in the mainstream?

Fialkov: Working for other people has its benefits and pitfalls, just like doing independent work. I think it’s immensely important to just strip away a lot of the layers that mainstream comics present … the characters, the support staff, and, yes, even the money, to just see what your muscles are capable of. 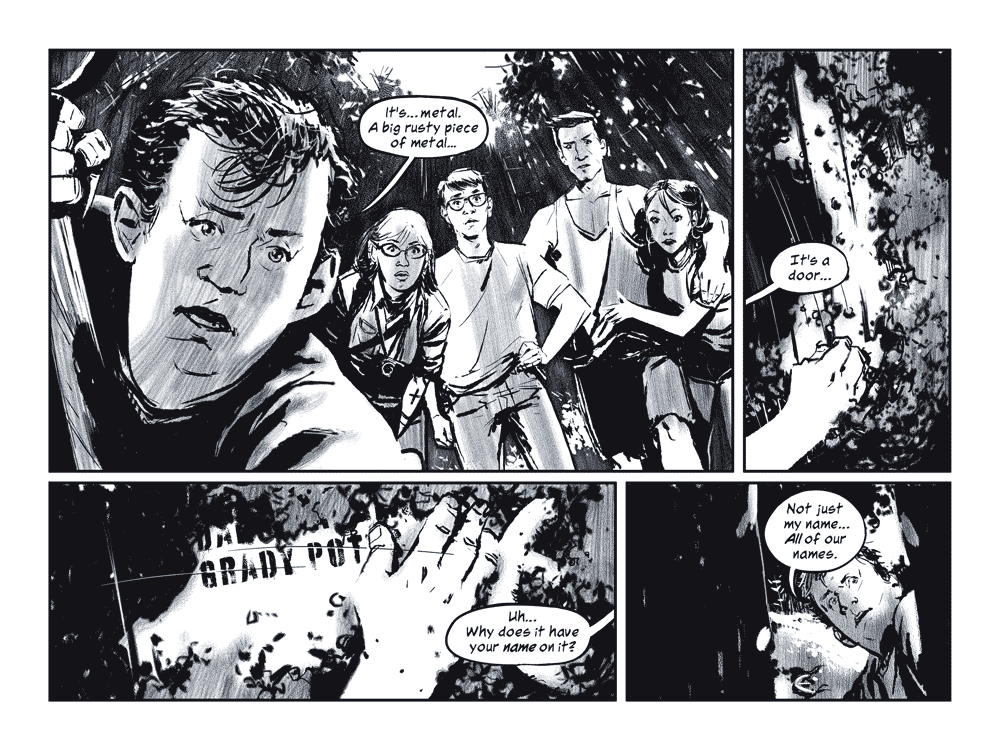 What process did you go through coming up with the ideas for The Bunker, and how did it develop over time?

Fialkov: It was sort of a slow build over time. … There was also a bit of reflectiveness, looking at the choices I’ve made in my life to get me where I am. There’s this long chain of decisions that we don’t even know we’re making that lead us down the paths of our lives. … That really sticks with me.

I hear you kind of “fell into” comics, Joe, after your fine arts background. What, for you, is the attraction to the medium?

Infurnari: Yes, that’s true. The irony of much later being a professional comics illustrator after doing ‘fine art’ is not lost on me. I guess my attraction is that I feel like I’m in my element when I’m doing it and I really enjoy trying to bring a different artistic approach to each project I work on.

You’ve worked a lot with digital comics. Why does digital work for you?

Infurnari: I had an epiphany (or brainfart depending on how it all plays out) that I needed to focus less on ‘perfection’ and more on speed when it came to illustrating comics. Doing it this way allows me to letter while I write, as well as many other time-saving tricks.

What have your experiences been like on creator-owned projects?

Infurnari: I want to do something meaningful and tell stories that are of the same quality or better than the stories that really sparked my imagination when I was young. I believe that is 100 percent attainable with licensed characters but it might be less complicated in a creator-owned work.

Can you tell us a little about the materials you used to create the unique look of The Bunker and what you wanted to convey?

Infurnari: I was going for a moody look. Noir is a big influence because it came up the most frequently among the things I was looking at as research. The art has evolved a little. I’m not going to worry because the story is about free will, change, fate and destiny. 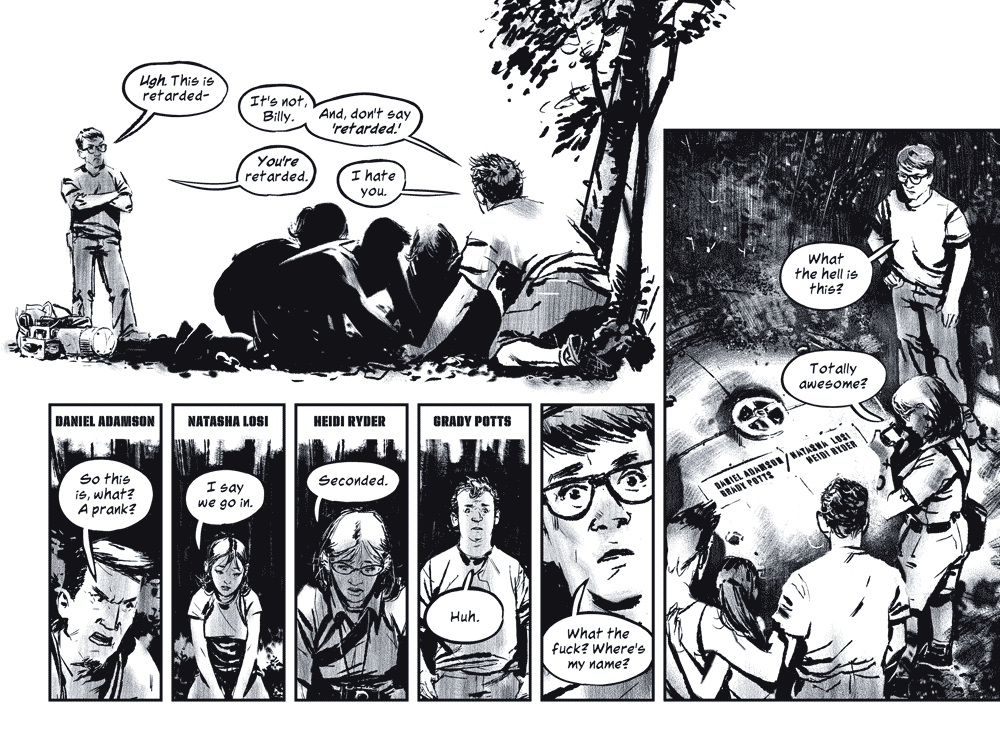