Wow, this is a first. Not a single Big Two book makes the list, unless you count Vertigo. What did make the list? Bob’s Burgers! Saga! New JULES FEIFFER!

Theseus and he Minotaur, Toon Books. By acclaimed French comic creator Yvan Pommaux and the wonderful company created by Art Spiegelman and Francoise Mouly, this graphic novel is aimed at young readers and is both heavily researched and annotated to place the classic tale firmly in the historic world of ancient Greece. Perfect for the young reader who yearns to learn or an educator who is trying to make history or mythology accessible.

The Fuse Vol. 1, Image Comics. The best police procedural in comics right now, Antony Johnston and Justin Greenwood’s tale of corruption, murder, and classic cop stuff takes place in a satellite orbiting earth. Besides being a gripping read that keeps you surprised and engaged on every page, it also, as the best genre fiction does, makes wonderful points about social issues and people’s expectations about age, race, and political ambition

Kill My Mother, Liveright. Jules Feiffer doing a noir/pulp graphic novel?! Argh! I can’t… I can’t even… This is one of the greatest living cartoonists, who also happens to be a pretty damn awesome playwright. Oh, also he’s won, like… ALL THE AWARDS. (Oscar, Pulitzer, etc, etc). In this book Feiffer, takes two mothers from unrelated families and intertwines their lives through the agency of a has-been private eye. This could be the worst thing Feiffer has ever done and it would STILL be better than 80 percent of the stuff coming out this week. For real, DON’T MISS IT! 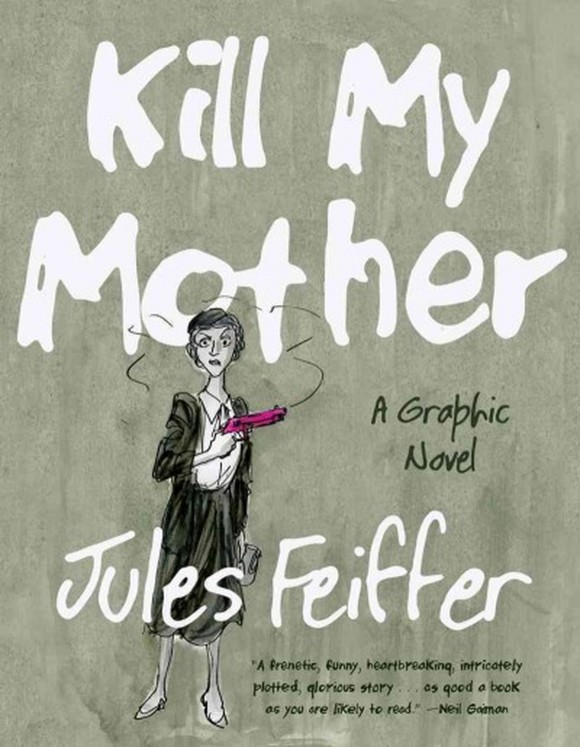 We class up the joint this week.

Bob’s Burgers #1, Dynamite. Look, no one’s going to be able to retire on Bob’s Burgers sales, but we’re banking on it doing well in our store. It’s an awesome show, we all love it here, and we’ll hand-sell this.

Letter 44 #9, Oni Press. Another series that does well here at Alter Ego because we love it and recommend it highly. Smartly written, clever, nice work.

Trillium, trade paperback, Vertigo. A great series by Jeff Lemire finally collected, and not a moment too soon. One of Vertigo’s strongest offerings in years.

Groo vs. Conan #2, Dark Horse. Last issue Groo and Conan had just met. Now it’s time to jump into the fray! Will Conan’s brutal swordsmanship win over Groo’s mindless destruction? Or vice versa? Will there be cheese dip? Gotta read it to find out!

Kang & Kodos #1, Bongo Comics. The next installment of the Simpsons spotlight issues is here! Our favorite drooling brother and sister Rigellian twins are center stage in this issue. Don’t blame me, I voted for Kodos! 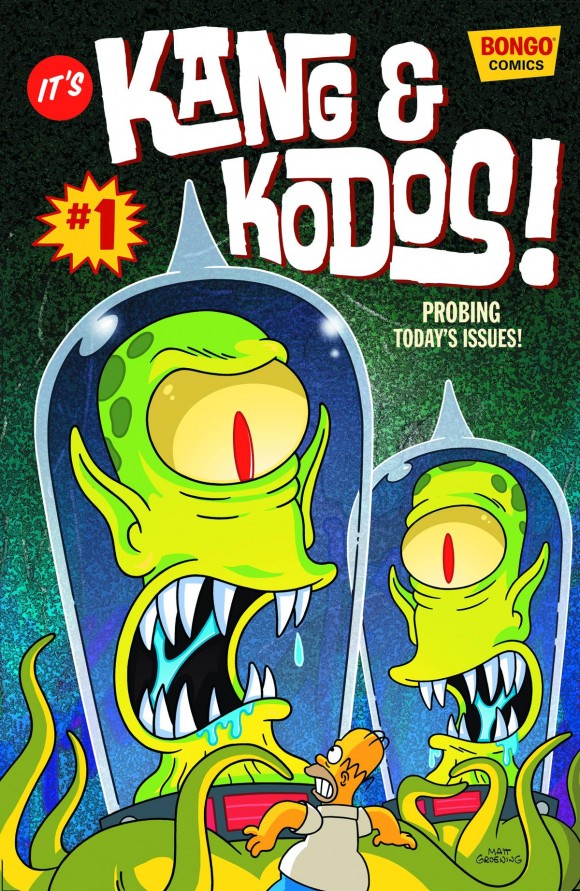 DC Bombshells Stargirl statue, DC Collectibles. Two words: boobs.  I mean: must have. Must. Have. 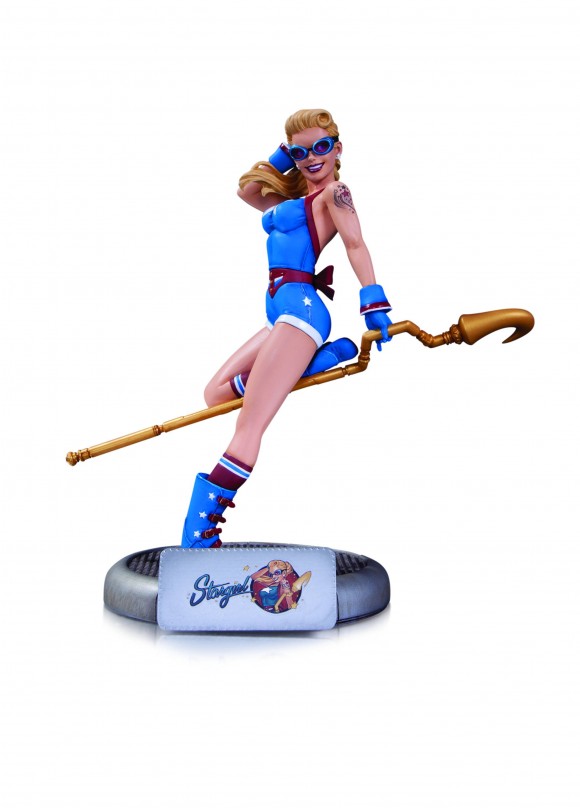 Bodies #2, Vertigo. The first issue released last month totally caught me by surprise. I had heard nothing about it and picked it up on a whim. What I got was a pretty great story about the same deceased body in four different time periods. Each time period is done by a different artist so the feel of each period is really different from the last. Don’t pass this one up.

Saga #22, Image. The solicitation only reads “The family is tested.” I don’t think any other comic can get away with just four words in its description. Then again, there is no other comic like Saga. The best comic on the shelves has another issue out this week and I don’t have to tell you to get it, I’m only here to remind you that it’s out so you can go get it. 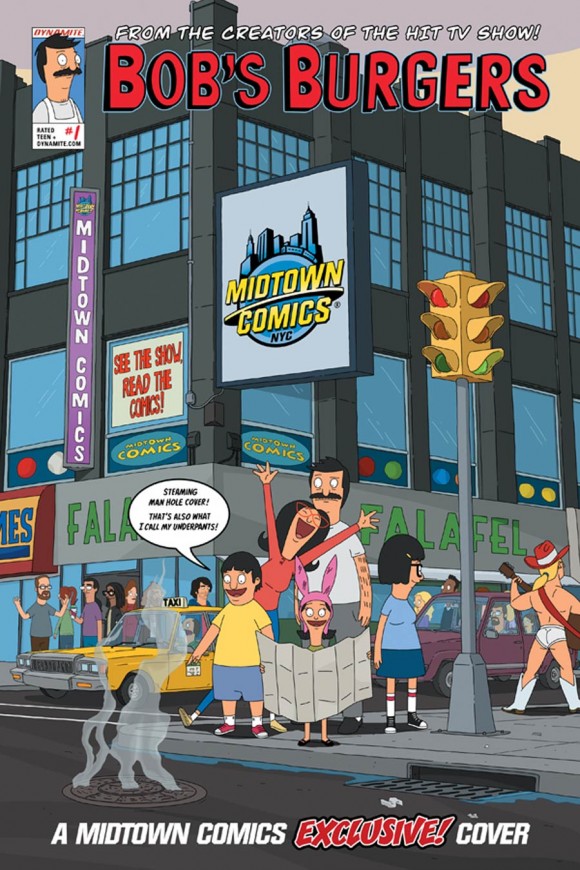 Walt Disney’s Uncle Scrooge and Donald Duck: Don Rosa Library, Volume 1: Son of the Sun, hardcover, Fantagraphics. Reiterating what I said for the Rosa Free Comic Book Day offering, I believe there is a special power in Carl Barks and Don Rosa duck stories, surpassed only by Tezuka, to entertain and nourish with character, humor, ingenuity and humanity. And I am thrilled almost beyond words that Fantagraphics has added the Rosa oeuvre to its catalog.  \Buy this for any kid you know. And any adult. 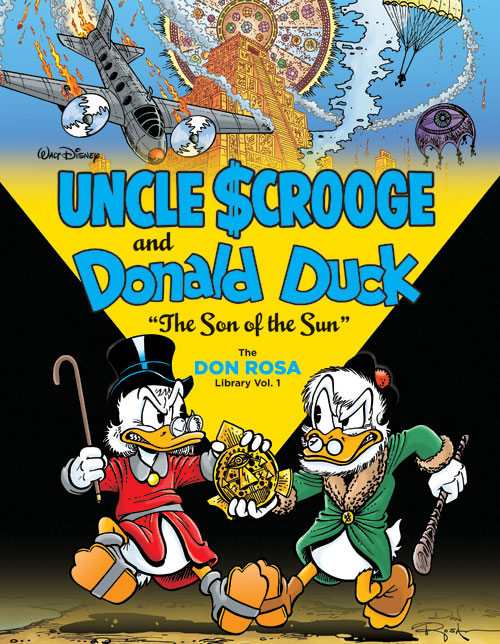 Bob’s Burgers #1, Dynamite. I worked on a TV show co-created by Loren Bouchard, and if 10 years ago you told me I’d own a comic book store and be excited to stock a comic based on his next animated series, one he’d sold to Fox, and that tie-in comic was written and drawn by show writers and artists (when does that ever happen?), I would not have believed you. But here we are. This will be fun, and will fill a niche we didn’t know we had.

Wayward #1, Image Comics.  The cover didn’t grab me in Previews, but then Rich Johnston of Bleeding Cool was all a-flutter about the book, and I changed my mind. Probably our next Image hit.

Doctor Who: The Tenth Doctor #2, Titan Comics. With the debut of the Twelfth Doctor last weekend, interest in all things Who is at a fever pitch, and the new Tenth Doctor series should really take off now that the introductions to the new Companion have been made. Elena Casagrande was born to draw David Tennant, and her love of the series shows on every page.

Saga #22, Image Comics. Any week a new issue of Saga arrives means I know I’ll have a store full of happy customers.

Star Trek: The City on the Edge of Forever #3, IDW Publishing. Is it bad form to pick one of your own comics? Luckily, I don’t really think of this as one of “mine,” even though I co-scripted it. No, the success of this series can be firmly chalked up to J.K. Woodward’s astounding art — the best work of his career, if you ask me — and the brilliant vision of Harlan Ellison, finally being seen as he originally imagined it. 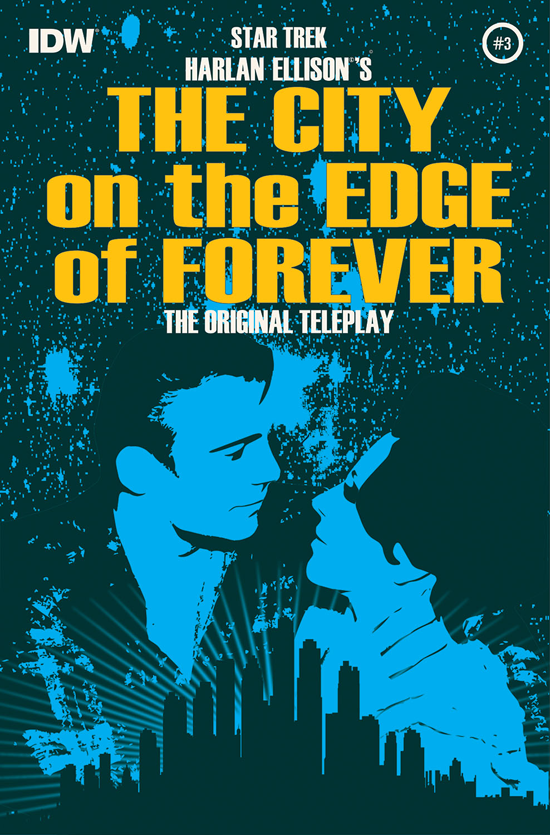