EXCLUSIVE: Behind the Scenes with Tweeterhead’s Penguin and Batwoman!

Home » ACTION FIGURES & MERCH » EXCLUSIVE: Behind the Scenes with Tweeterhead’s Penguin and Batwoman!

We already gave you the first look, now we take you behind the scenes with Tweeterhead sculptor Mike Cusanelli.

Branching out from Batman ’66, the guys at Tweeterhead are bringing you a series of Golden and Silver Age Batman maquettes: the Batman Classics Collection. First up are Penguin, as rendered by Dick Sprang, and Batwoman.

Company chief Chad Colebank talked all about the series here. And now, we have a MIGHTY Q&A with the sculptor himself, Mike Cusanelli. 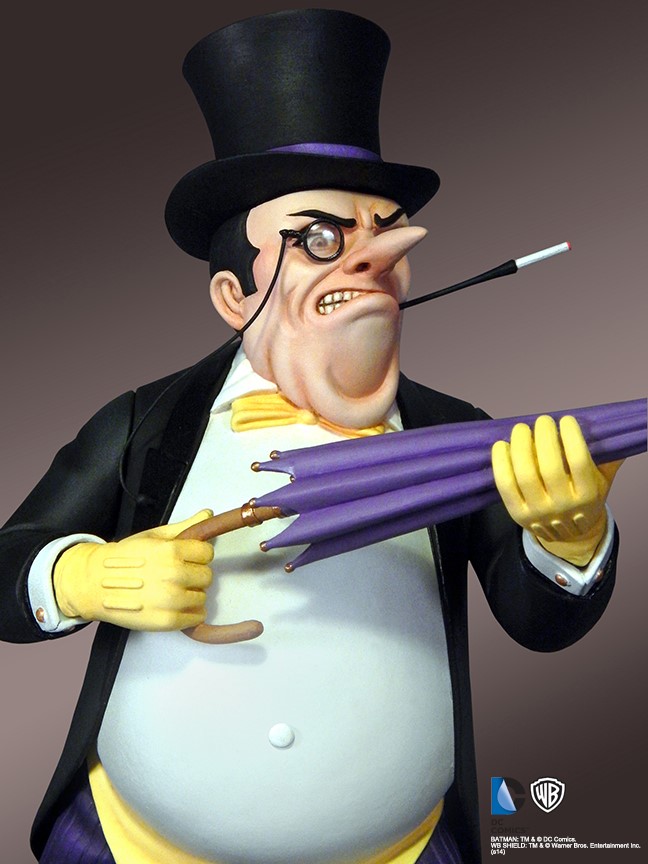 “I got into sculpting as a hobby when I was a kid, as an add-on to building tank models,” Mike said. “I got more interested in the figures than the tanks, and started converting them after reading Shep Pain‘s How to Build Dioramas pamphlets that came with many of Monogram‘s kits. It opened up a whole new world for me, and when Star Wars came out, and I saw all that artwork and creativity, that was it! I knew I wanted to go into some kind of art, I just didn’t know what kind. 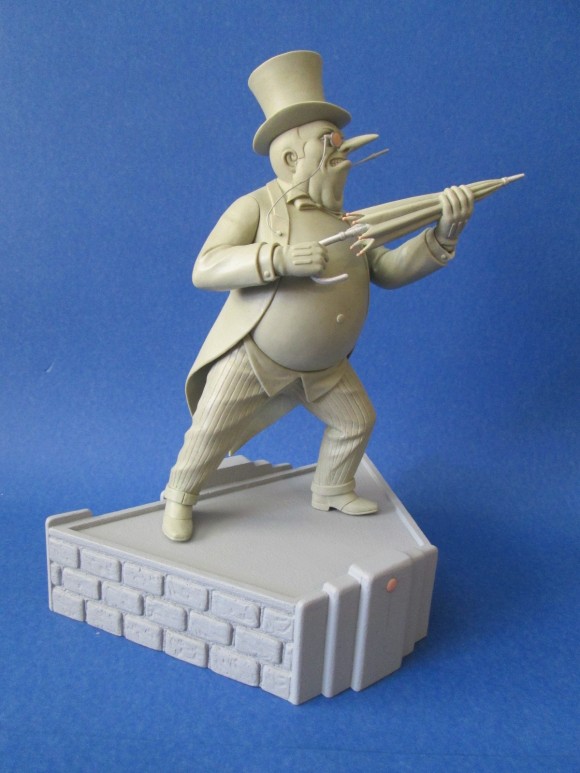 “I eventually found work in the toy industry, and pewter collectibles, which became my formal education, sort of a trial by fire, and eventually started casting and selling my original figures years later, as Solarwind Productions with my partner, Ken Ellis. Then came Bowen Designs, and the world of comic book statues, and Tweeterhead! Thanks to Chad, I’ve really gotten to work on some incredible lines I never had before, so I’m very greatful to be able to do the  job I love. I’ve been very lucky to have worked on lines I never dreamed I’d be doing, such as Star Wars, Elvis Presley dolls, GI Joe, Star Trek, Looney Tunes, Batman action figures and many others, and now comic book Batman and Masters of the Universe, as well.” 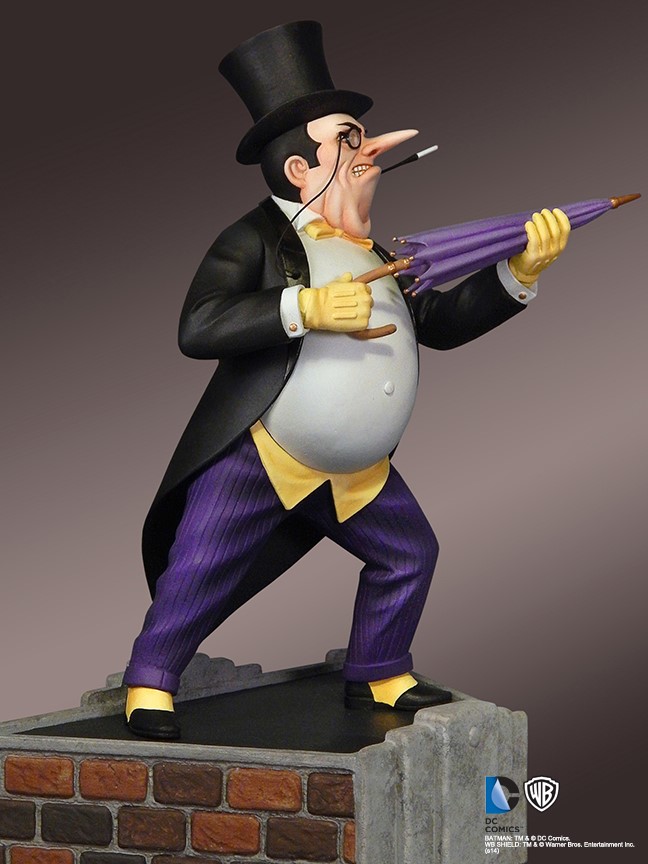 Dan Greenfield: How did you come up with Penguin’s sculpt? Was there a specific comic-book cover or page you looked at for inspiration?

Mike Cusanelli: Chad usually has a very clear vision of what figures he wants, and in this case, he chose the exact piece of comic book art of Penguin, and we tried to stay as faithful to it as we could. Our emphasis is to keep these maquettes as true to the retro look as we can. Also, this line required that unique bases be designed, so Chad had the idea of ’40’s style rooftops, which I got to design and build. 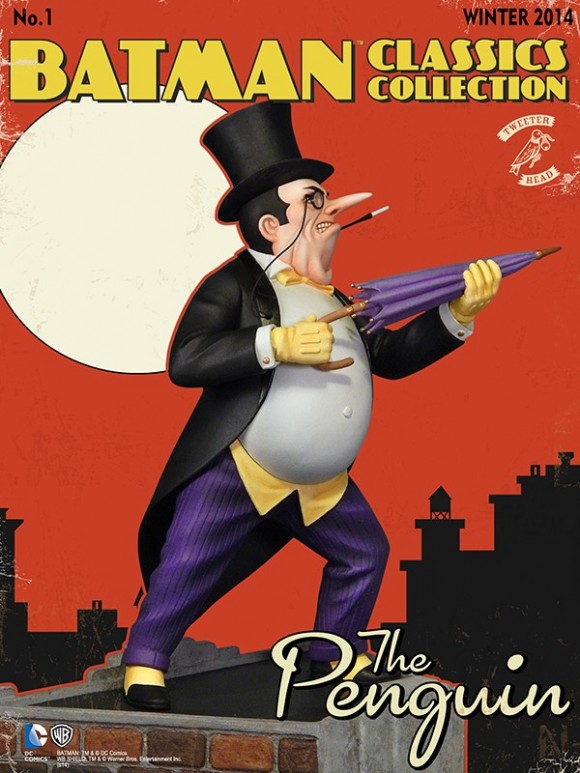 How familiar were you with this version of Batwoman? She’s kinda, sorta been lost to the ages.

I have to admit, I wasn’t aware of her at all! I grew up loving the Batman ’66 TV show, but I wasn’t a comic book fan until my kids got into them, so I’m getting a crash course now! It’s too bad she’s been ignored, maybe now with all the interest in everything Batman she’ll gain the popularity she deserves. 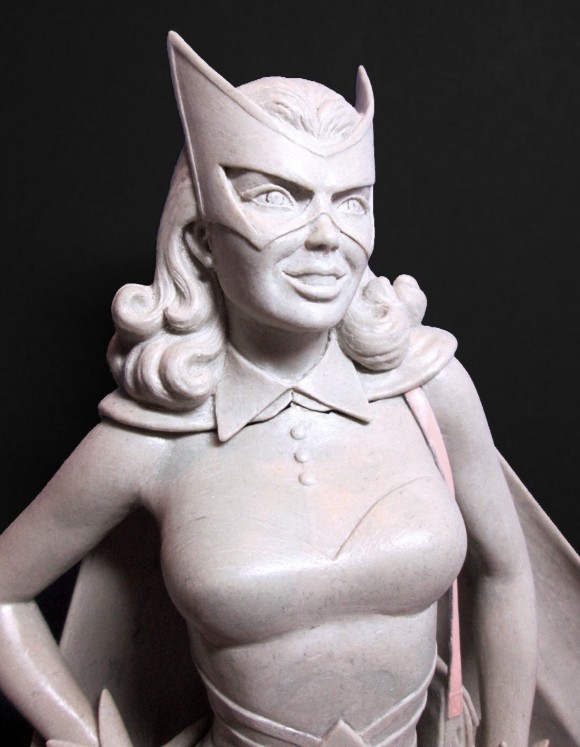 Any particular characters you really want to do?

Every figure and every character I do is interesting, and a learning experience, so I’m looking forward to each one with a lot of excitement. These characters are all a blast to work on!

Penguin goes on sale 12/18 at Tweeterhead.com and will also be available elsewhere.