Elena Casagrande Gives Life to SUICIDE RISK … and So Much More!

Home » Elena Casagrande Gives Life to SUICIDE RISK … and So Much More!

The Italian artist makes her way from Star Trek to Doctor Who to illustration to creator-owned work.

I like Elena Casagrande‘s style. I’m not alone. It’s expressive and edgy and dynamic and classic and modern and kinda sexy all at once. I discovered her through Mike Carey’s Suicide Risk at Boom! and she seemed a great subject for a MIGHTY Q&A. I emailed her, she agreed and here we are. The Internet’s great, isn’t it?

Dan Greenfield: How did you get into the US business?

Elena Casagrande: I started to work for American publishers when I was David Messina’s assistant, while he was working on the Angel comic-book series for IDW Publishing. After about a year I worked on my first standalone one-shot (Star Trek Alien Spotlight: Orions) and then on my first miniseries (Ghost Whisperer: Haunted).

I first came to the USA at the New York Comic Con, and there I met my publishers and others, so I could have other job opportunities, such as with Marvel. From that point I’ve been so lucky (and good, I suppose) to be contacted via email by different editors and this is how I started work for Image, Boom! Studios and now Titan Comics, while continuing to keep the old contacts strong as well. 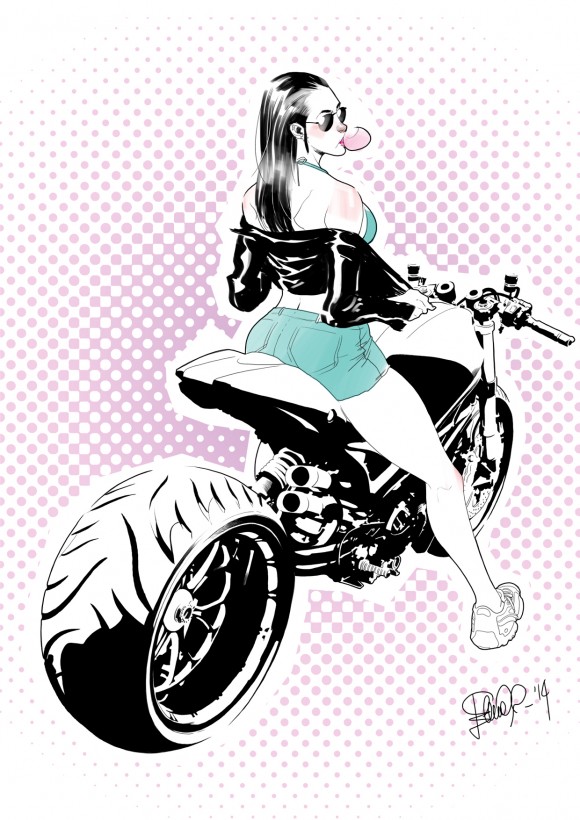 You’ve done a lot of Star Trek, Doctor Who and other licensed properties. How do you maintain your artistic style while also accurately portraying actors everyone knows? Explain how that works.

I like to know that I am able to keep my style and maintain the likenesses of the actors at the same time. It’s something that people notice and when it happens it makes me feel very satisfied.

The main thing I always try to do is to not just draw a simple “photo story”; luckily I have always worked on licensed properties that I’m a fan of, so my priority has been, and remains, to keep the characters acting like they do in the TV show, as naturally as possible. 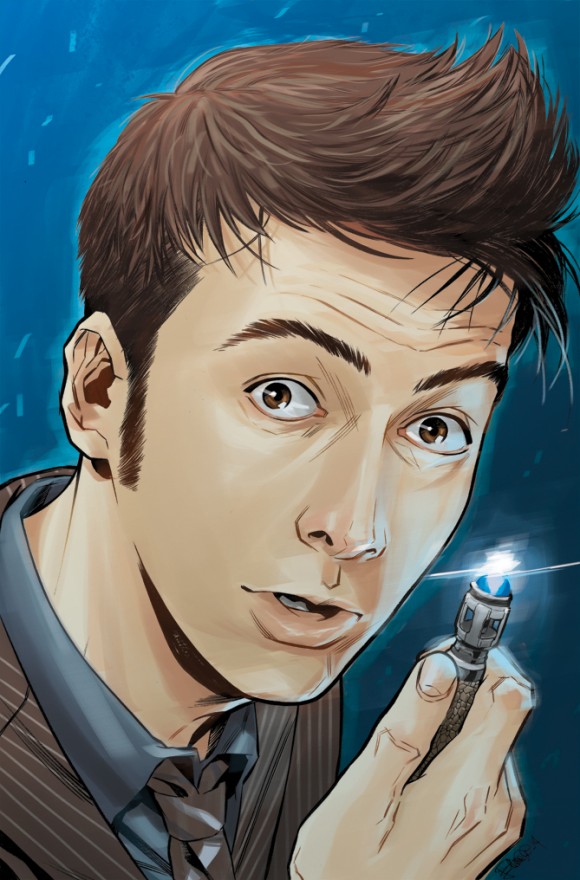 My first step is to focus on the fluidity of the narrative, everything in the final result has to not be firm, from the framing to the characters’ poses, and about that I always try to keep in mind how every actor moves in the show.

After this step, made during the layouts, I concentrate on the likenesses, using a lot of references, from a lot of perspectives, until I’m satisfied that I’ve found a good balance between the faces and the expressions I need.

On a personal level, what were your artistic influences?

A lot! And they never end! When I started working, my favorite artists were Frusin, Mignola, Risso and Wendling; now I’ve added on my “black list” other artists like Edwards, Delgado, Johnson, Canete, Harren, Noto, Bengal, Stelfreeze, Pearson, Hughes, Carnevale, Andreucci … and so, so many others, I can’t tell you all of them! I also have influences from some mangaka and anime too, like Nihei, Hojo, Otomo, and so on…

I absolutely love this:

Tell me all about it. How did you come up with the idea and how did you choose the characters?

I’ve been in collaboration with Blastoff Comics for about three years, since they opened. Blastoff Comics is first of all a comic shop in Los Angeles (I think the coolest one :P), and I’m a friend of the owners, Jud Meyers and Scott Tipton.

Scott was and is my writer on many different comics and he asked me to realize the visual aspect of his shop’s website, so every month I do a banner with a theme he gives me about what he’ll write about on their blogs. 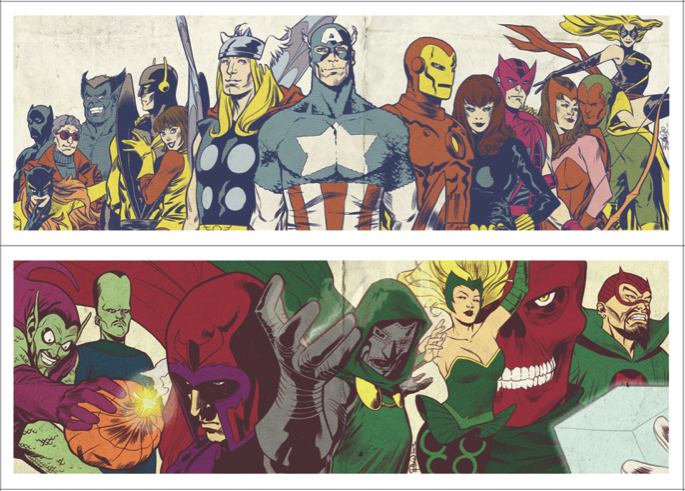 Often I receive the idea directly from him, sometimes I figure something myself from just the characters he wants; (with the Teen Titans and X-Men) he gave me the suggestion to use all those characters and to put a bit of romance between Robin and Kitty Pryde … the rest was really fun to do and I’ve been happy to be able to use very strong expressions like I always see on manga.

Were you into American comics as a child?

Actually I wasn’t, but not only for American comics, for comics in general. I read only a few comics when I was a child, above all were Disney’s comics. When I was a teenager I started to read manga (due to the arrival of Sailor Moon on Italian TV) but only while I was attending the International School of Comics was I introduced to the whole world of comics, American included. 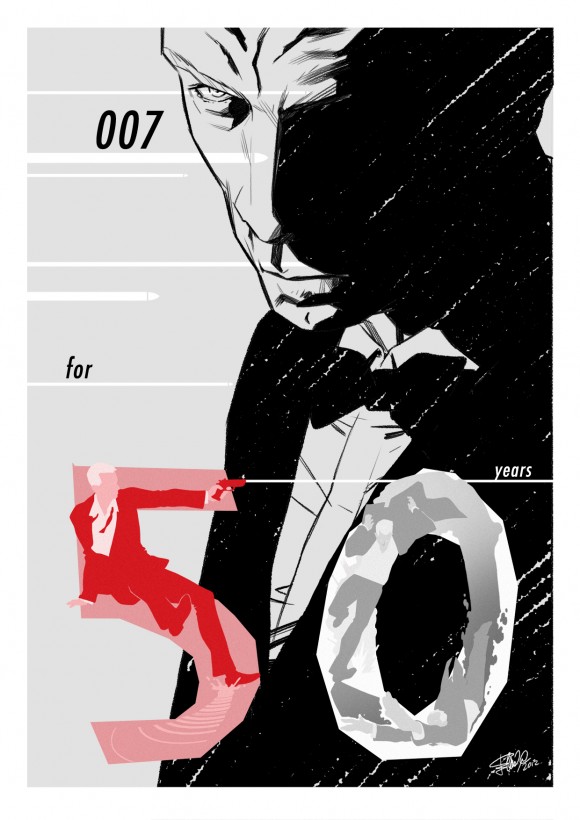 Of the projects you’ve worked on so far, which is your favorite? Why?

I like every project I’ve worked on! I’ve been lucky, some of them have special memories for me, some others were very fun to do and others still gave me the opportunity to improve my style. I can’t choose, honestly… but maybe Suicide Risk gets an honorable mention because I created a whole new universe, working with Mike Carey, and is the longest-running of all so far. 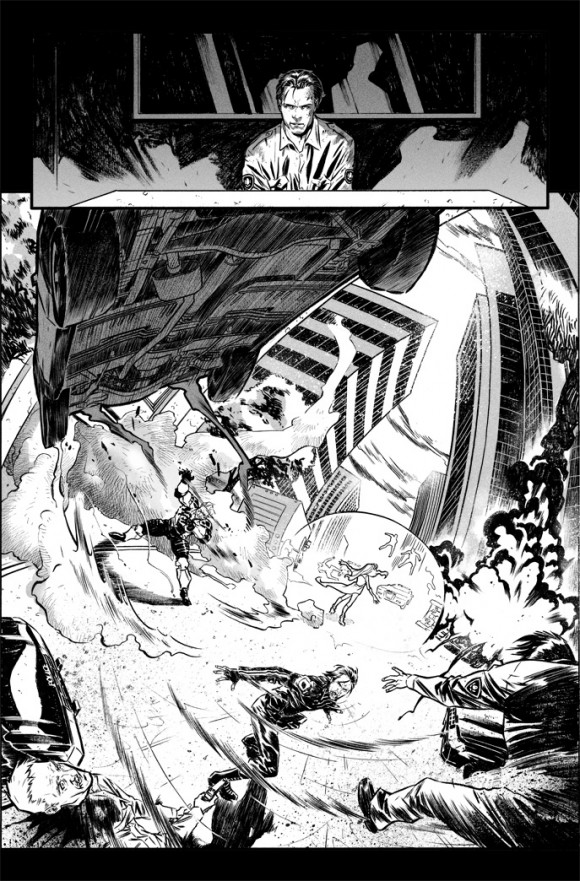 Who is Lara West and why is it just a nickname?

Lara West is a character from a story I wrote years ago. I used her name on the Internet when I started to use social networks (and email or chat before them) just to keep a kind of privacy and just because back then, to have a nickname was cool.

Then it became a misunderstanding, and most people thought it was my real name, so I started to use my real one, specifying that it was just a nickname. One day I really hope to get back to work on Lara West’s story and realize the comic about her and her partner … a day that doesn’t seem so distant.