An ode to our lovely dark angel. Not yet in stores! 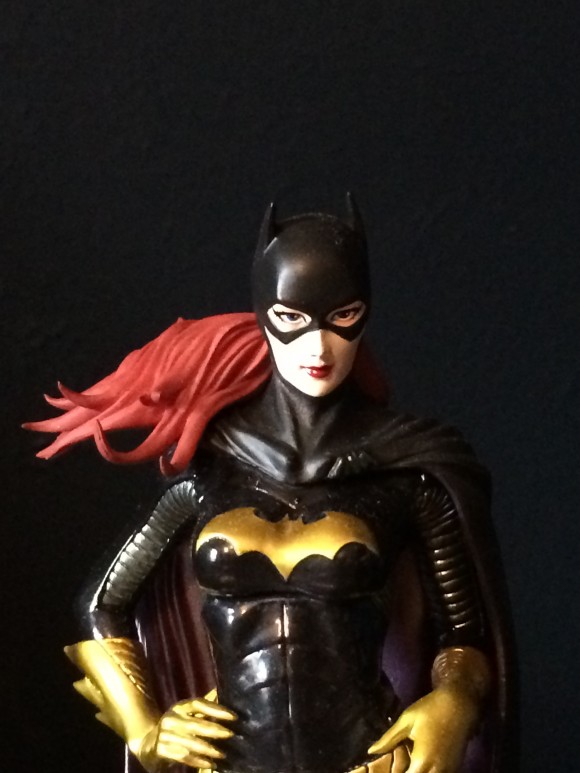 How do I love thee?

An acrobatic dance of justice

OK, I’m done. I love Batgirl. Always have. So I was all gimme-gimme when I saw Kotobukiya‘s ARTFX+ Batgirl statue, which comes out in shops in July. Well, the awesome folks at the company sent me one, which is nice.

Anyway, like they have with all their DC New 52 ARTFX+ figures, Kotobukiya’s done a great job. Nice attitudinal pose. Shiny. The outfit is one of the better ones of the New 52 redesigns.

We haven’t seen many New 52 Batgirl items yet, for whatever reason. DC’s action figure won’t be out until later this year and Mattel’s wasn’t all that great. But this is a terrific addition to any Batcollection. And since it’s a Japanese import, Batgirl’s face, like the other statues in the line, has a bit of an anime quality, which makes her that much more exotic.

Naturally, she pairs nicely with Nightwing — and they can double-date with Batman and Catwoman! 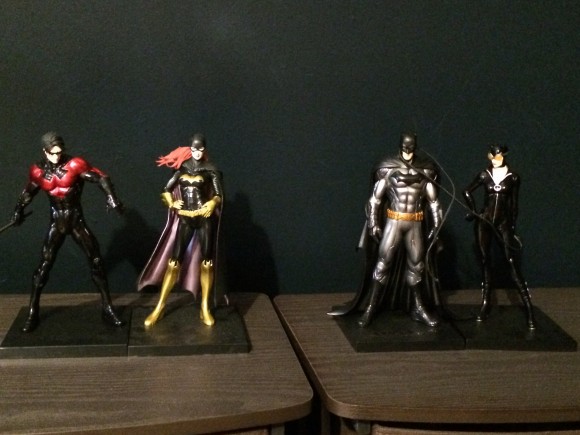 Anyway, Batgirl will run you about $45 and is due in stores within a couple weeks. You can also get her straight from Kotobukiya.