Friends and colleagues were shocked to learn of the artist’s sudden passing: 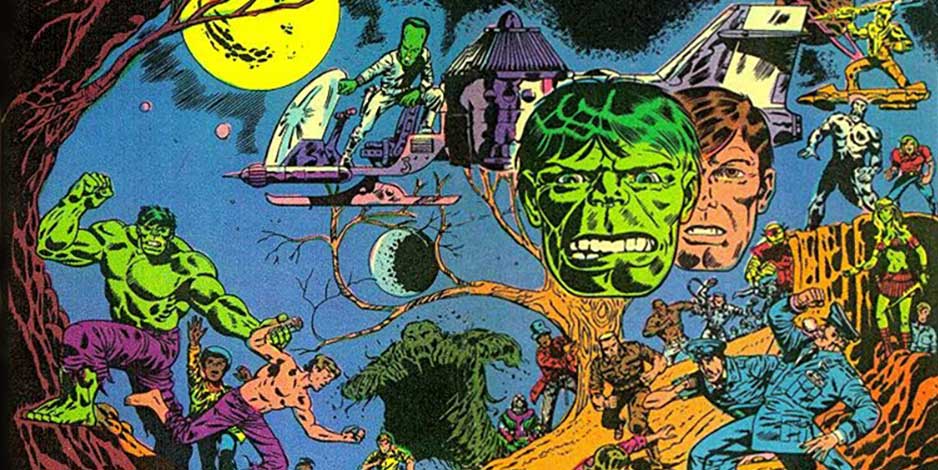 “I met Herb Trimpe in the Marvel Comics Bullpen in the 1980s, when I was working with Al Milgrom at the Hulk office. His Hulk, as everyone knows, was magnificent. Monstrous and tender.

“My most vivid and treasured memory of Herb was the time he took me up in his bi-plane. There was a gang of us comic folk that lived near each other in upstate New York in the Catskill Mountains, so we met at a local landing strip where Herb kept his vintage beauty of a plane. Berni Wrightson was there, Dan and Sandy Green, a few others. Herb’s plane had an open cockpit and the helmet he wore was leather. I imagined I was with a flying ace hunting down the Red Baron! He took each one of us up for thrilling rides. He did loop-de-loops, cut the engine at a peak, went into a dive then kicked it back for the upswing. Herb was so skilled, confident and gentle that whatever fear I may have had vanished.

“There was a corgi running around on the narrow landing strip. It wasn’t supposed to be there, it had gotten loose. The dog was attracted by the slow, mesmerizing twirl of the plane propeller as it slowed down… and jumped at it. His poor little head was sliced. He lay dying and none of us knew what to do. We wrapped him up I think, and I wonder now if Herb said some prayers (he would go on to become a deacon). After something so sad, it is difficult to want to have fun, but not everyone had gotten their ride in his bi-plane yet. Herb, sensing exactly what was needed, said something like: “When something bad happens, like in a war, you just have to get back in the plane and keep flying.” He knew this well; he served in the Vietnam War. His words broke the sad mood and we recovered the day. 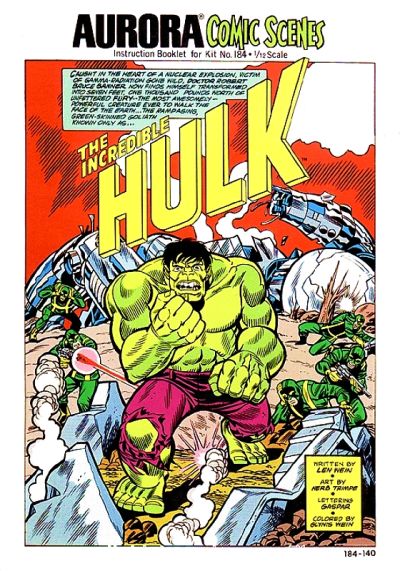 “I saw Herb this past weekend at East Coast Comicon. We remembered this story, talked it through, sad but laughing. In sharing it again together, 30 years later, Herb filled in little details about the day that I’d forgotten. He recalled how difficult it was for him to tell the owner of the dog what had happened. Comic cons are wonderful for this, bringing old friends back together. I left that comic con thinking that of course I’d see Herb Trimpe at the next one. This was just two days ago, and he was as vibrant and charming as ever.

When Berni Wrightson, Jim Starlin, Chris Claremont and I were working on a comic jam called Heroes for Hope, to benefit a famine in Africa, Herb drew three pages of the X-Men delivering supplies in a plane. n the story, the plane had to taxi in close, and the spinning propeller threatened the people running too close to the plane. Herb drew Nightcrawler bamfing in and out to save the day. Comics and airplanes! Of course Herb drew those pages. Herb Trimpe will be missed. The world of comics, and the skies above us, are both emptier with his passing.” 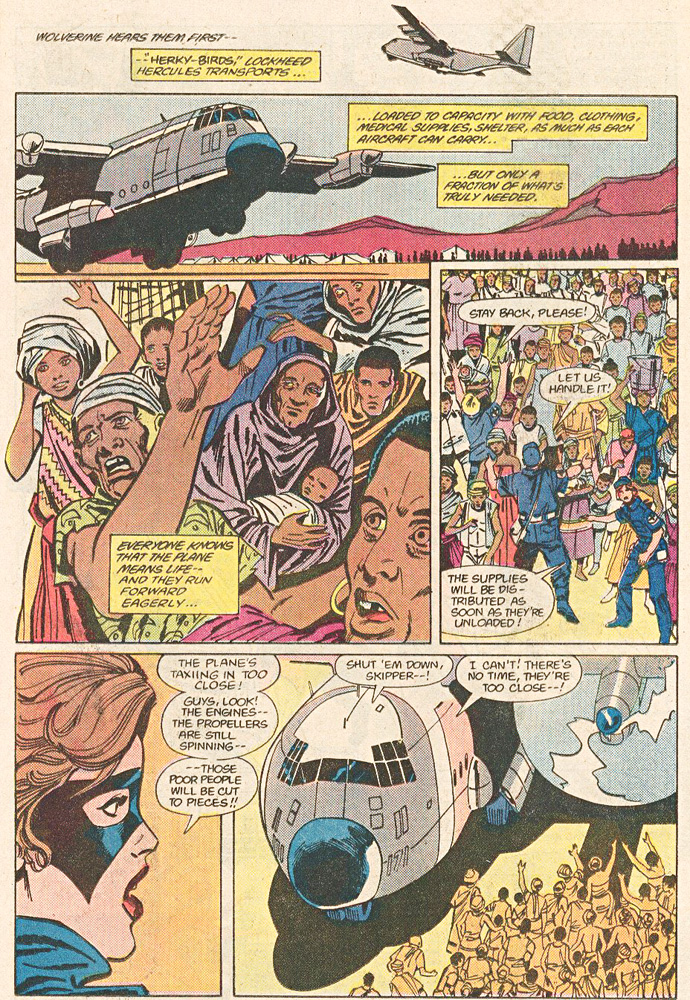 Jon B. Cooke, comics historian and editor of ACE magazine:

“Herb Trimpe was a tremendous gentleman and a talented, generous, affable and caring human being. The last time we met, at Cliff Galbraith’s Asbury Park Comicon a few years back, he was so effusive in his affectionate greeting, I immediately remembered why Rolling Stone told about how adored he was in the Marvel Bullpen. He was — and there’s simply no better word — a pal. His life beyond his considerable achievements in comics (which he ALWAYS downplayed with humility) was rich and wide-ranging. Herb volunteered at Ground Zero in the aftermath of 9/11. His students loved him, nicknaming him Trimp Dawg (no “e,” as they mispronounced his name, as did so many of us did, to rhyme with “shrimp,” instead of the proper “shrimpy”). He was vocal about creator’s rights and the treatment of veteran comic-book people. He loved his kids and treasured his friends. Herbert W. Trimpe soars now, alongside his favorite creation, Phantom Eagle, and I’ll miss his beaming smile and warm embrace. We love you, Herb Trimpe.” 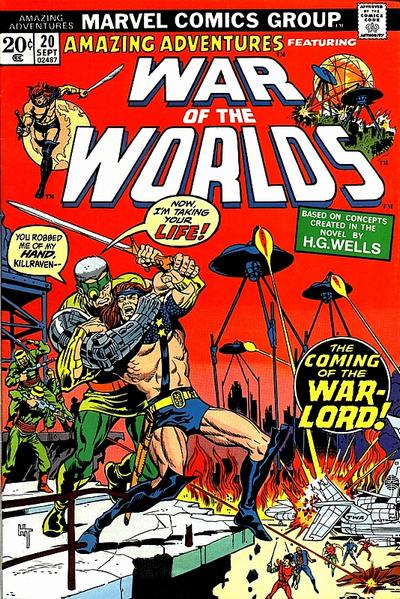 “I had the pleasure last year of meeting the great artist and sweetheart of a man Herb Trimpe when we were both guests at a Pittsburgh convention. Except I wasn’t in any way a mature “fellow professional” when I shook the hand that drew so many stupendous, entertaining comics. I was, instead, a super-excited-14-year-old-Hulk-loving-jaw-dropped fanboy!”

“To me, no artist is as synonymous with the Incredible Hulk as Herb Trimpe, who gave the Jade Giant a sense of pathos and scale that set the bar for every artist that followed him. Like a Hulk-punch, Trimpe’s art truly exploded off the page. Comics lost a giant.”

“Rest In Peace, Herb Trimpe. I am near speechless. I just spent the weekend with the famous artist Herb Trimpe and his charming wife Patricia only to hear he passed away,the day after we parted. My heart goes out to all of his family and friends especially Patricia; his first wife Linda (Spurlock) Fite (we call each other “Cous” — short for cousin); daughter Sara Trimpe and son, Alexander Spurlock Trimpe.

“Herb started at Marvel circa 1966, just as Marvel was really taking off and he saw and experienced so much. Jack Kirby created Marvel‘s 1960s house style, and inspired by Kirby, Trimpe proved one of the best at assimilating Jack‘s lessons successfully into his own style. Trimpe became most famous for his work on the Hulk and drawing the historic comic-book premiere of Wolverine. 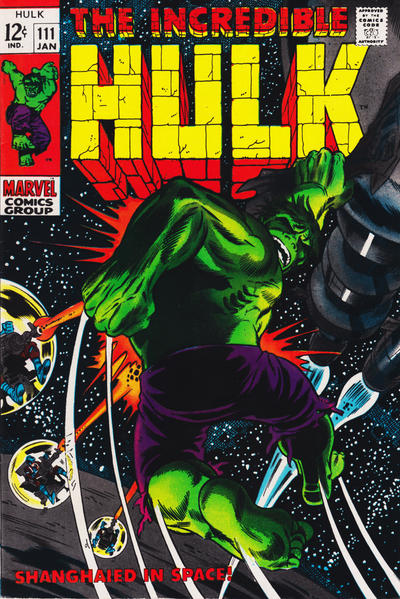 “Though I have been around a long time and worked with, or for, many top Marvel talents including Steranko, Stan Lee, John Buscema, Gene Colan, John Romita and more, despite various invitations, the only work I ever actually did for Marvel was coloring a Herb Trimpe-Al Williamson G.I. Joe comic.

“Not too many years ago, I met Herb and Patricia at a convention we were both attending. We had great fun that night and have always enjoyed getting together — so many times — since. I have always found them to be such fine, pleasant, intelligent, fun-loving, genuine people. The kind the world needs more of.

“We all lost with Herb‘s passing. The last thing I said to him was “I’ll catch you down the road.” I reiterate that now; it’ll just be a more cosmic road than we had expected.”