THE SPIDER’S WEB: Marv Wolfman’s otherwise excellent run had some hiccups toward the end… — Welcome to The Spider’s Web — an ongoing feature by novelist and Archie Comics Co-President Alex Segura that looks at Spider-Man’s development since his start in 1962’s Amazing Fantasy #15. (Alex has been re-reading from the beginning.) Each installment covers a specific period in Spidey’s history, with Alex giving you a kind of bouncing ball approach, as opposed to an issue-by-issue breakdown. Click here for the complete index of columns. — Dan — By ALEX SEGURA Hey folks, hope all is good. We’re covering a lot of ground here, so get in the car and bring some snacks. Last time we chatted, the legendary Marv Wolfman was stepping into the writer’s seat on Amazing Spider-Man, replacing the equally legendary Len Wein. While Len seemed to keep the status quo established by his predecessor, Gerry Conway, Marv came in loud and strong, shaking things up fast — jettisoning Mary Jane as Pete’s love interest, bringing back the separated Betty Brant, recalibrating Spider-Man’s public status quo (though this was quickly reworked), adding to Spdey’s supporting cast with DA Towers, switching Peter Parker’s place of employment, and seeing Pete graduate (sort of). Wolfman is a master when it comes to “perception of change,” which is a classic, elemental comic book trick — where things “change” but don’t really, in the long run. Pete gets a new job, but it’s at a newspaper competing with The Daily Bugle, so while it’s “different,” things are still essentially the same. Spider-Man’s criminal record is cleared, only to have his rep dragged through the mud soon after, making him more of a public menace than before. It’s smart, Comics 101 storytelling, and it gives the series a much-needed shot in the arm. (I’ve talked already about how underrated the Wein run is, and I think a big reason for that is Wein’s lack of a “Death of Gwen”-style moment. Click here for a more in-depth look.) Anyway, I’d forgotten how relatively short Marv’s run was, and it — like Wein’s — doesn’t seem to get the weight it deserves in the overall Spidey pantheon, for my money. Case in point: Marv’s slow boil that builds toward the big reveal in Issue #200 is sharp, A-list story construction, and never feels forced...

THE SPIDER’S WEB: The acclaimed writer kept up the high standards in the midst of Spidey’s Bronze Age heyday… — Welcome to The Spider’s Web — an ongoing feature by novelist and Archie Comics Co-President Alex Segura that looks at Spider-Man’s development since his start in 1962’s Amazing Fantasy #15. (Alex has been re-reading from the beginning.) Each installment covers a specific period in Spidey’s history, with Alex giving you a kind of bouncing ball approach, as opposed to an issue-by-issue breakdown. Click here for the complete index of columns. — Dan — By ALEX SEGURA Hey, Web-Heads! As I mentioned last week before we took a detour into the launch of Peter Parker, the Spectacular Spider-Man, we’re closing in on Amazing Spider-Man #200 in the center lane of this re-read. Two weeks ago, I wrote about how Len Wein departed the series on a high note — with a killer Green Goblin story that feels cinematic and forward-thinking (click here) — setting the stage for his friend and editor Marv Wolfman to step in as the regular writer. And that’s where we are now. But before Marv can come in, we get in Issue #181 a (mostly forgettable) origin rehash from Bill Mantlo and Sal Buscema, who were at this point the regular creative team on Spectacular Spider-Man. I’m not sure why they thought to have an origin story here, aside from maybe they needed some breathing room between writers, but it doesn’t feel important or essential. Still, it’s two pros, so the take is decent and readable. But after the explosiveness that we felt coming off of Len’s run, this issue felt meh. (NOTE from Dan: For an opposing perspective on ASM #181, click here.) All that changes when Wolfman steps in with Issue #182.  As regular SPIDER’S WEB readers will recall, my big note about Wein’s run — and the reason I think it isn’t usually listed among the best — is that not a lot changes. Pete is, for all intents and purposes, in the same spot he was in at the end of Gerry Conway’s seminal run — dating MJ, struggling for money, mourning Gwen… you get it, right? While Wein’s run was spectacular at its best, solid and professional at its worst, it didn’t leave any lasting changes. Not so with Wolfman, who comes... 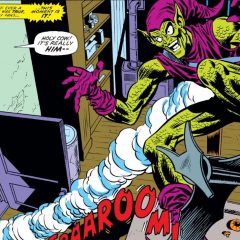 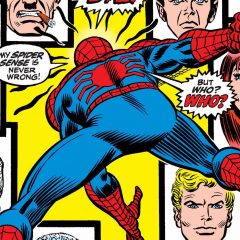 THE SPIDER’S WEB: The death of Gwen Stacy was only part of it… 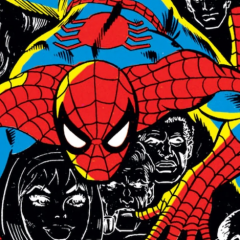 SPIDEY IN TRANSITION: Drugs, Six Arms — and One of His Worst Villains

THE SPIDER’S WEB: Don’t look now, but it’s the Gibbon! 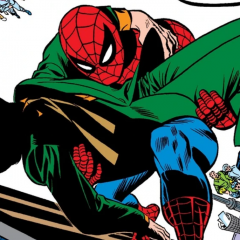 A SPIDER-MAN Landmark: Revisiting the DEATH OF CAPTAIN STACY

THE SPIDER’S WEB: Plus, big props to Gil Kane and John Romita! 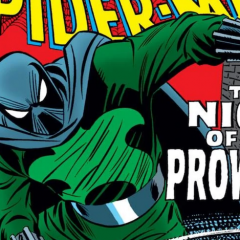 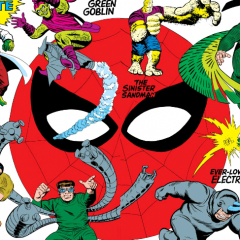 THE SPIDER’S WEB: The Days of Ditko to the Reign of Romita