Alex Segura’s THE SPIDER’S WEB column returns after a six-month hiatus… — Welcome to The Spider’s Web — an ongoing feature by novelist and Archie Comics Co-President Alex Segura that looks at Spider-Man’s development since his start in 1962’s Amazing Fantasy #15. (Alex has been re-reading from the beginning.) Each installment covers a specific period in Spidey’s history, with Alex giving you a kind of bouncing ball approach, as opposed to an issue-by-issue breakdown. Click here for the complete index of columns. — Dan — By ALEX SEGURA Hey, it’s been a minute, huh? Like I noted in my first Spider’s Web column, this crazy re-read started around the time my daughter was born (she’s almost 1 now) as a form of stress relief. And it worked! But, after about 200-plus issues, things kind of settled down and I moved on to other things. It did bother me, though, that I hadn’t finished, dear reader, honest. But the drive wasn’t there, and Issue #200 seemed like a fine break point. Then the world kind of went to hell — and this global pandemic sent my stress levels to unforeseen heights… and I found myself slowly pecking away at Spidey again. So here we are! And I have opinions, folks. Where did we leave off? Marv Wolfman and Keith Pollard had just closed out the ambitious (if not perfectly executed) #200, and though it didn’t seem like that was the intent, it was pretty much the end for Marv’s thoughtful and intense run. Wolfman stuck around for a Punisher two-parter and a seemingly forced Dazzler/Lightmaster issue, plus the first part of the Black Cat’s return — which is kind of why I feel like he didn’t intend to leave, as veteran writer David Michelinie (much more on him later) stepped in to complete the (mostly forgettable) story. Roger Stern and John Byrne pop in for a fine but also not-super-memorable fill-in before we settle into the new status quo, with legendary scribe Denny O’Neil and artist John Romita Jr. taking over as the new creative team. Sounds dreamy, right? Well, let’s pump the brakes for a minute. I love me some Denny O’Neil. He’s one of my favorite Batman writers, his Question run is in my personal pantheon, and I feel like his post-Miller Daredevil run was superb. His Spider-Man,...

A new, web-slinging podcast from a couple of Spider-Pals… Hey, we’ve got some Spider-News for you! First, next week marks the return of Alex Segura’s THE SPIDER’S WEB column, which chronicles his epic Spidey re-read that started with Amazing Fantasy #15. Alex took a break after reaching Amazing Spider-Man #200 but now he’s back with his recurring feature. Neat, right? But wait there’s more! Alex — who is not only a successful author and the co-president of Archie Comics — has started a podcast with one of his amazing friends, writer Preeti Chhibber: The Spectacular Spider-Cast. As Alex puts it: “The Spectacular Spider-Cast is pretty basic — two longtime Spidey fans talk about a trade each episode. First up is the opening volume of Chip Zdarsky’s Peter Parker: The Spectacular Spider-Man run, with with art by Adam Kubert and Michael Walsh.” You can tune in right here to check out that initial ep. These two come by it honestly too: As he’s noted in THE SPIDER’S WEB columns, Spidey was the first super-hero Alex ever collected, and he’s been a fan ever since. As a writer, he’s played in the Archie and Star Wars universes, while also creating his own comic-book vigilante in The Black Ghost and the Pete Fernandez Miami Mystery novel series. One of his earliest reading memories, he says, was picking up a reprint digest of the classic Lee/Romita Spectacular Spider-Man #2 magazine, which featured an epic Spidey/Green Goblin brawl that left an indelible mark on young Alex. You can follow him on Twitter @alex_segura. Preeti, meanwhile, is an author, speaker, freelance writer, and Spider-Man enthusiast. She has written about the webcrawler for SYFY, Polygon and The Nerds of Color, among others. Her first book, Spider-Man: Far From Home: Peter and Ned’s Ultimate Travel Journal was released in 2019 (Marvel Press) and her forthcoming title, Marvel’s Avengers Assembly #1 will be available from Scholastic this summer. You can find her co-hosting the podcasts Desi Geek Girls and Strong Female Characters (SYFY Fangrrls). She’s appeared on several panels at New York Comic Con, San Diego Comic-Con, and on screen on the SYFY Network. Tom Holland shook her hand once. You can follow her on Twitter @runwithskizzers. — MORE — The Complete THE SPIDER’S WEB Index of Features. Click here. — THE SPIDER’S WEB: The Ups and Downs... 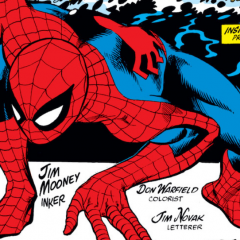 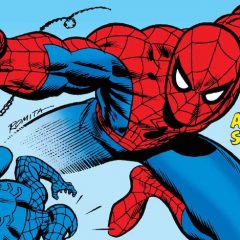 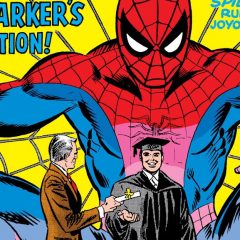 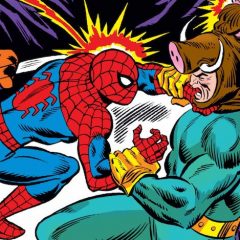 THE SPIDER’S WEB: Other than Sal Buscema’s art, the first dozen or so issues of the Bronze Age title came up short… 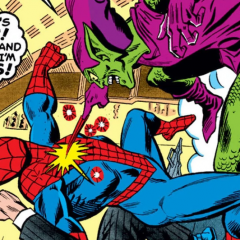 THE SPIDER’S WEB: Plus, a look at the launch of Peter Parker, the Spectacular Spider-Man…