The fan-fave Pocket Books make it to the 21st century… 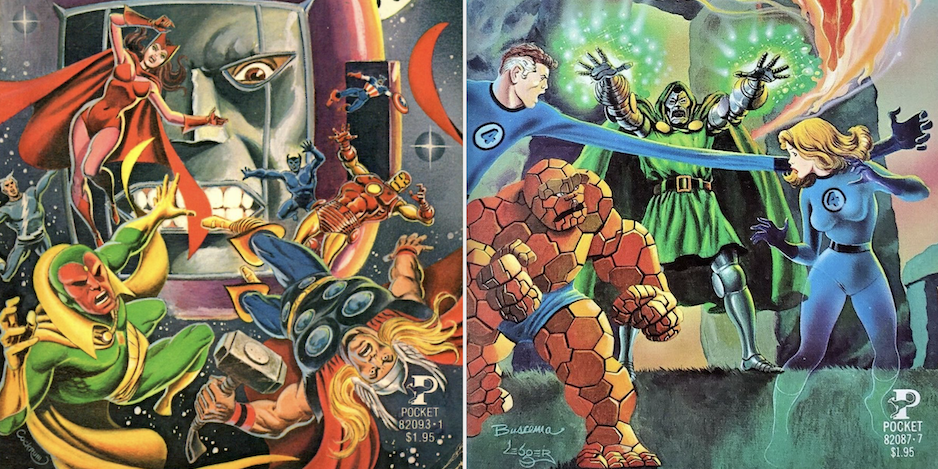 One of Marvel’s most offbeat series of the Bronze Age was its 1978-79 run of paperback Pocket Books starring the publisher’s biggest heroes and written by some of its biggest stars.

Well, the prose novels are making something of a comeback, with The Fantastic Four: Doomsday, by Marv Wolfman, and The Avengers: The Man Who Stole Tomorrow, by David Michelinie, getting re-released as audiobooks this fall and winter, according to listings on Amazon.

The Avengers: The Man Who Stole Tomorrow, by David Michelinie 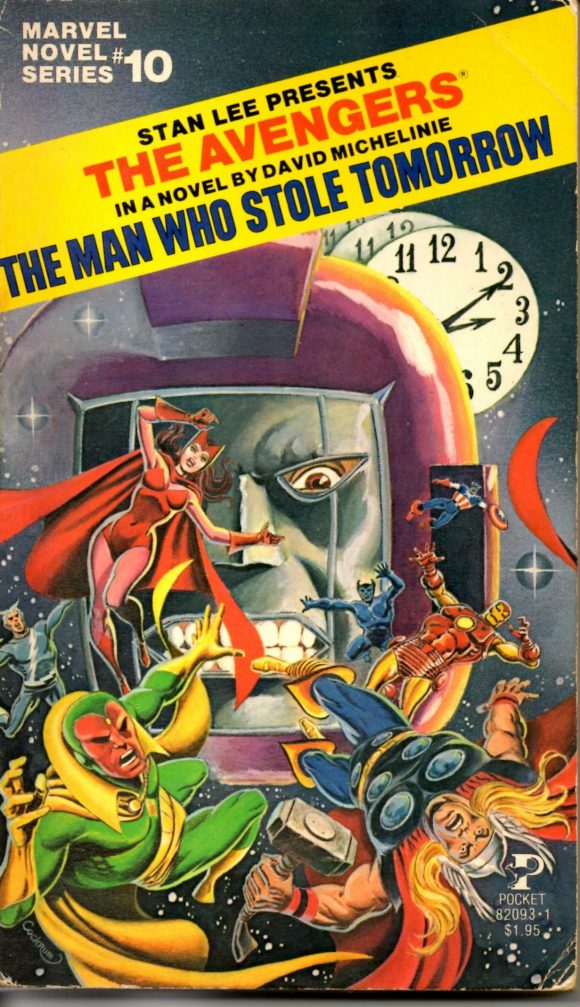 Iron Man, Thor, Vision, The Beast, Quicksilver, and The Scarlet Witch band together to save the life of Captain America, the living legend of World War II!

Travel with these six sensational heroes 2,000 years into the future as they come face-to-face with the unimaginable villainy of Kang the Conquerer, a descendant of Dr. Doom who is determined to be rid of Captain America – for good. 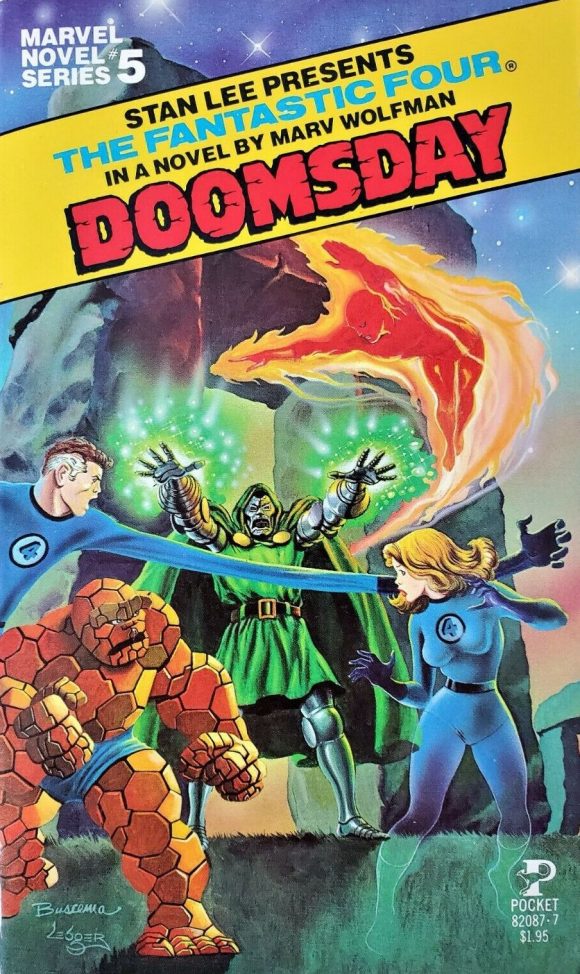 The brilliant scientist Reed Richards, also known as Mr. Fantastic, teams up with the woman he loves, Sue Richards, who also goes by Invisible Woman, her hot-headed kid brother Johnny Storm, or the Human Torch, and Ben Grimm, the Thing and top-flight test pilot. Together, these four braved the unknown dangers of outer space and were transformed by sizzling cosmic rays into something more than merely human! In this installment of their adventures, the Fantastic Four will go head to head against Dr. Doom. 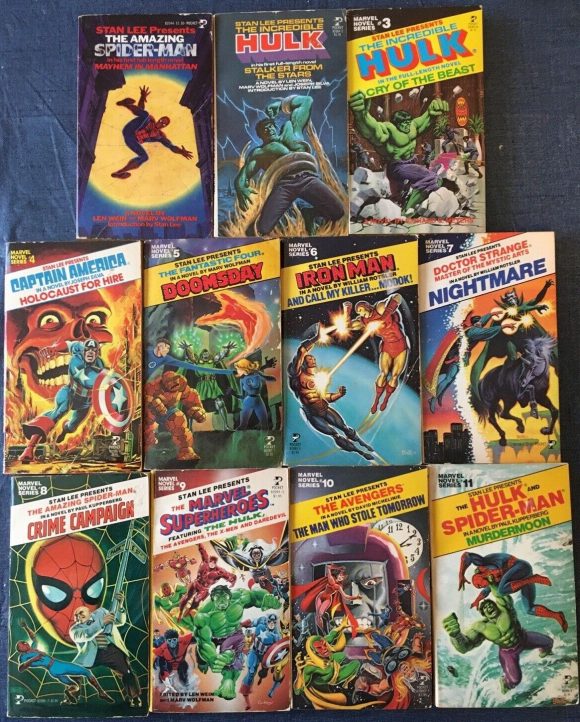 A complete collection on eBay

— The two books join Len Wein and Wolfman’s The Amazing Spider-Man: Mayhem in Manhattan, which was quietly released on audio back in 2019.

— But there are eight more that Marvel could release, presumably if these are successful: The Incredible Hulk: Stalker From the Stars, by Wein, Wolfman and Joseph Silva; The Incredible Hulk: Cry of the Beast, by Richard S. Meyers; Captain America: Holocaust For Hire, by Joseph Silva; Iron Man: And Call My Killer…MODOK! by William Rotsler; Doctor Strange: Nightmare, by Rotsler; The Amazing Spider-Man: Crime Campaign by Paul Kupperberg (who’s also a 13th Dimension columnist); The Marvel Superheroes, a collection of short stories edited by Wein and Wolfman; and, The Hulk and Spider-Man: Murdermoon, by Kupperberg.