AT THE COMIC SHOP: How many comics ya got?

Home » RANDOM STUFF » AT THE COMIC SHOP: How many comics ya got?

“How many comics do you have at home – and what are some of your favorite back issues in your collection?”

I have approximately 1,500 comics and 500 graphic novels at home.

My favorite back issues are my Aquaman Vol. 5 run; Atlantis Chronicles miniseries and the New Titans #71-84. The reason is simply because they were amazing stories that have tragically not seen the light of day as graphic novels.

To me Peter David’s run of Aquaman was the best iteration of the character to date, and it’s a tragedy that many fans haven’t been exposed to it. Many people point to the fact that he had a hook hand and long hair as a joke, another exaggeration of ‘90s trends, but Mr. David also gave the character a rich back story and Atlantis a cohesive history that could have fueled Aquaman’s book for years.

Meanwhile, New Titans #71-84 was the overshadowed “Titans Hunt” storyline. Again in the ‘90s, and an example of ultra-violence, yet the culmination of more than a decade of story lines that most fans fondly remember. 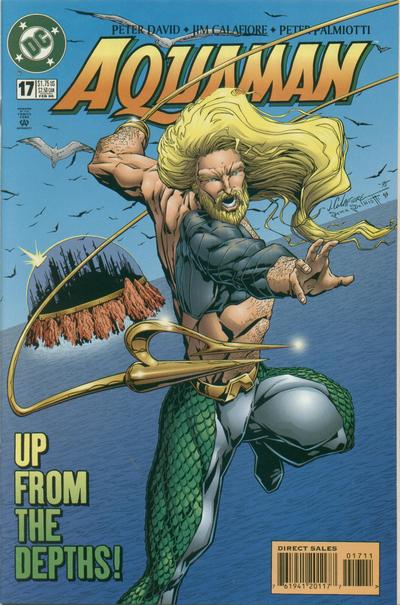 I have fewer than 10 back issues, and just one shelf of trades. It’s a holdover from when we first started, and we couldn’t afford for me to take stuff home. I truly enjoy being surrounded by vintage comics — nothing is cooler than those covers — but I’m here to sell stuff. That’s why the highest praise I can give a book is “I took one
home.”

I have approximately 2,000 books in my collection, after having recently parted with about 500 issues and books. It takes up a ton of space I just don’t have. My favorites are ones I bought as a kid — Groo, Elfquest, Peter Porker: The Spectacular Spider-Ham. 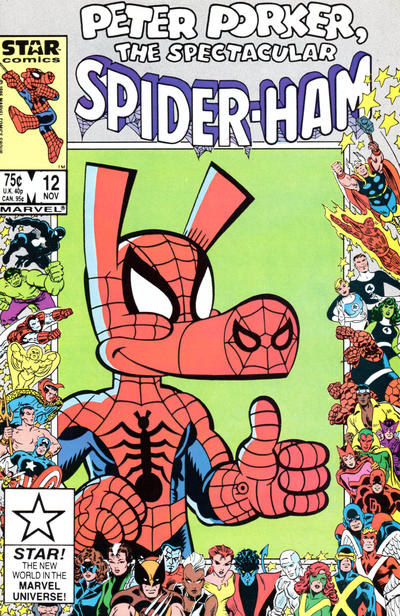 I probably only have about 200 or so in terms of single issues. I have tons in trade format. My bookshelves are currently threatening to collapse from the weight so I’ve been attempting to purge some stuff from the collection, with somewhat limited success.

Back in California, I have 20 long boxes of comics in storage and here in Brooklyn I have about 7.  One thing I learned when moving to New York six years ago is that storage space is rare.

I denuded myself of almost every one of my back issues when I opened the site, mixed them in with the rest of our thousands of $1 books. What I kept were my Sandman issues, my Cerebus issues, a whole ton of trades and graphic novels, plus the recent stuff I’ve amassed since we opened the store. Ballpark figure? 1,500, maybe.

I used to have in excess of 5,000 … after Superstorm Sandy, not so many. I actually upgraded to hardcover collections. Looks much more attractive on a bookshelf!