UPDATED 6/23/21: Tim Burton’s Batman came out 32 years ago! I first wrote this piece in 2014 but it’s obviously the perfect time to re-present it (in slightly altered form). I also included it in our 30th anniversary BATMAN ’89 WEEK, so click here for lots more groovy stories. You’ll dig ’em! — Dan

I’m obsessed with Batman ’66. You know that by now. But in 1989, I was 22 and I wanted nothing more than to run away from Adam West and all the Biffs! and Pows!

You gotta understand. If you were a Batfan at the time, you kinda had to keep it under wraps. Friends — and girls — knew nothing of Frank Miller or Steve Englehart or Denny O’Neil or Neal Adams or Marshall Rogers.

To them, Batman was kid’s stuff. And when you’re 22, kid’s stuff is something you want to bury and forget. “I’m a man, man.”

I remember when they announced that Michael Keaton was gonna be Batman. Had there been an Internet at the time, it wouldn’t have cracked in half. It would have disintegrated.

Sheer outrage and panic. That’s what I remember most. And it was universal. Michael Keaton was the guy from “Night Shift” or “Beetlejuice.” Batman? BATMAN?!

We felt betrayed. Batfans had waited and waited to be taken seriously. We were closeted and embarrassed and this didn’t help at all.

Then — and I’m pretty sure it was in USA Today — they released this picture. Or something close to it. 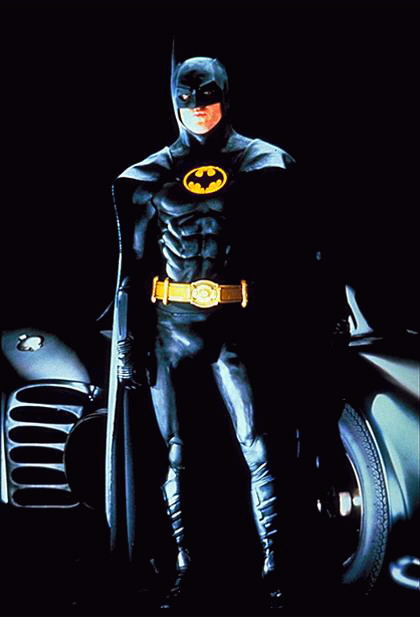 And, just like that, I was a convert. We were all converts. We knew this was gonna be the real deal.

By the time the movie finally premiered in 1989, I was working at a Boston theater chain. In one of the earliest instances of living a charmed Batlife, I was able to go to the first screening.

And this is where I jump in with 13 Things I Still Love About Batman ’89 (Mostly):

1. The memory of seeing it that first time. 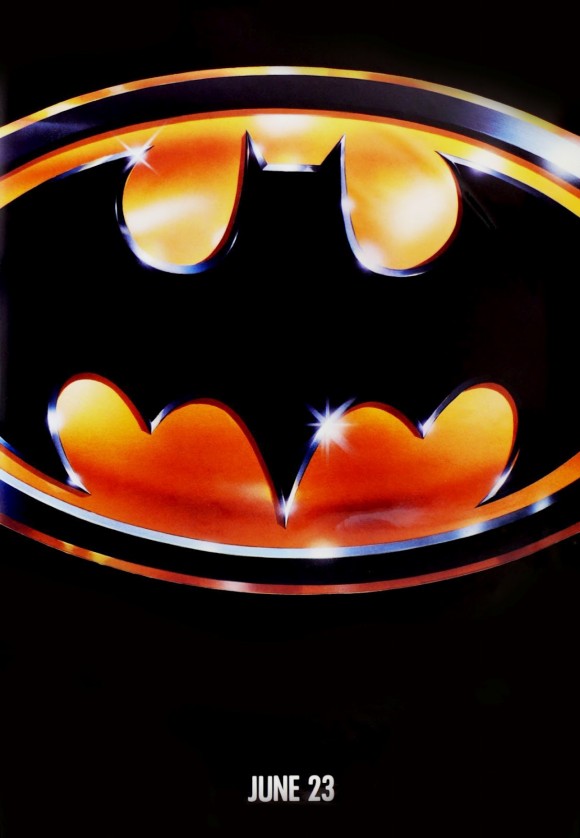 I don’t want to insult anybody, but for me it was akin to a euphoric, religious experience. The place was packed and people were shouting and hollering throughout the whole thing — in the best possible way at the best possible times.

Batman on the rooftop, taking out two thugs? “YEAHHHHHHHH!!!”

First shot of the Batmobile? “YEAHHHHHHHHHHH!!!”

The Batsignal? “Oh, MY GOD, YEAHHHHHHHHHHHH!!!”

I walked out feeling like my life was changed. I went to dinner afterward with friends and I sat there, feeling my body vibrate, my ears ringing. It was a physical reaction.

Finally. We finally got the Batman we wanted.

Now of course, on the album there’s no dialogue, but I included these clips for the full effect. But I tell you, this music is perfect. If it’s late at night and I’m driving down a darkened, tree-lined road, Descent Into Mystery slams through my head, with all its Carmina Burana gothic menace.

One thing, though about the finale. Why is Batman just standing there looking at the Batsignal? I mean, time to go to work, dude!

3. On the other hand, everytime I hear a Prince song, it takes me right out of the movie.

Even the best use of it — in the museum scene that rips off a similar one from Batman ’66 — feels really forced.

It’s not like I dislike Prince. He’s OK. I just don’t like him mixed with Batman unless it’s Cliff Chiang’s handiwork. 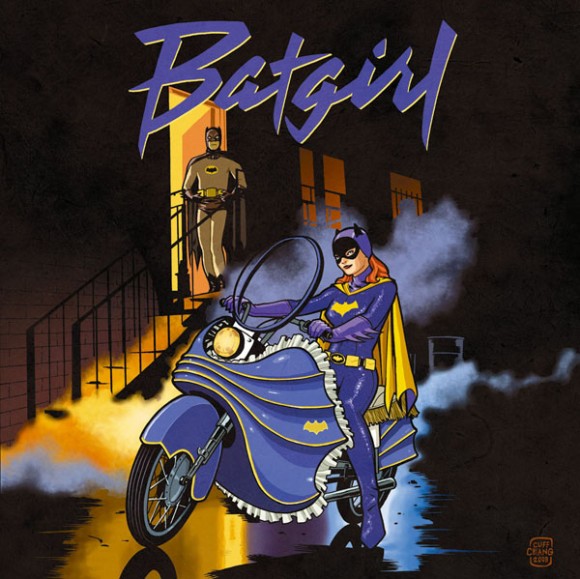 4. I was the first person to cast Jack Nicholson as the Joker. 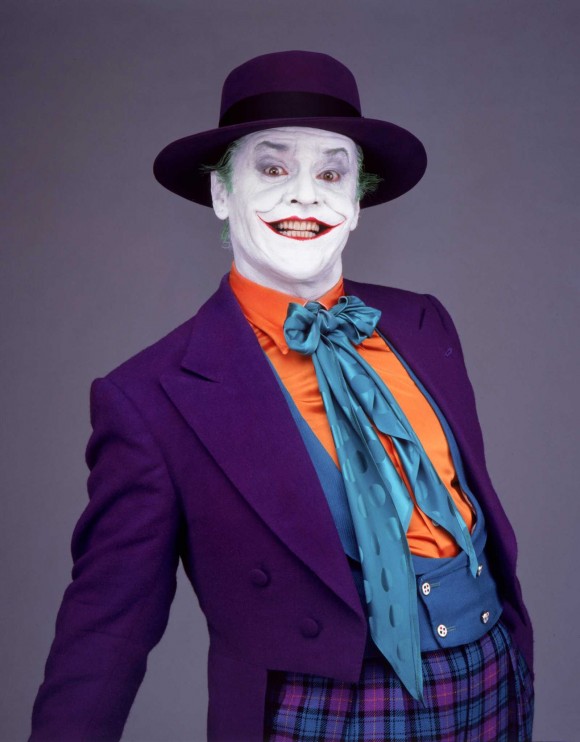 I was! I used to write to DC Comics with my suggested cast for a serious Batman movie. And I pegged Jack Nicholson as the Joker from the get-go. I’m sure they passed my notes on to Warner Brothers.

So you can thank me.

6. Why don’t they ever explain why he became a bat?

They give us his parents’ death, but we never see that bat crash through the window. Missed opportunity. His explanation to Vicki that bats are great survivors is really thin. Oh, well. 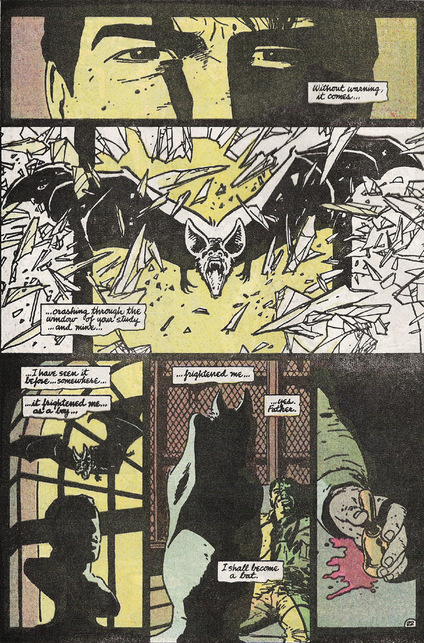 It’s not like it was an antiquated idea. Here’s a fantastic version in Batman: Year One by Miller and Mazzucchelli.

7. I think Billy Dee Williams would have made a fine Two-Face.

He was so smooth, he was almost unctuous. But it really would have worked.

8. The show gave us Batman: The Animated Series — and by extension, the entire Bruce Timm-helmed animated universe.

Without Batman’s success, the dominoes never would have fallen in such a way that the network suits at Fox would have greenlit a darker Batman cartoon for prime time. For many children of the ’90s, this version of Batman is the platonic ideal.

9. This image is still one of the best in any Batman movie. 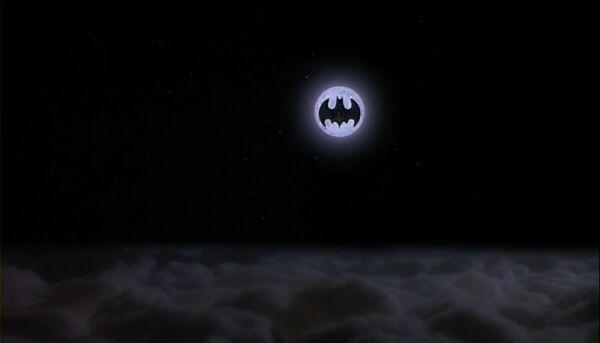 10. After the movie came out and was such a ridiculous smash, the Batlogo was everywhere.  Everyone wore it, whether it was on T-shirts, decals, pins or cut into their hair. It was ubiquitous. These days, you walk through a city and you see men, women, kids wearing a wide variety of superhero gear. Marvel, DC, it doesn’t matter. Those logos are everywhere.

The summer of 1989 was the first time you saw something like that, only it was that Batlogo over and over again. I remember riding the T in Boston and thinking to myself, “I wonder when will be the next time I’ll go a day without seeing that logo.” At some point I gave up looking because it had become so routine. I never thought I’d see Batman become that kind of phenomenon.

11. My love of action figures and Batswag was rekindled.  Batman, Joker, Batcave, Batmobile, Batwing, an ancillary wave of reconstituted Super Powers figures, all of it, I had to have it. Even the Batman cereal with Batman bank. ALL of it. 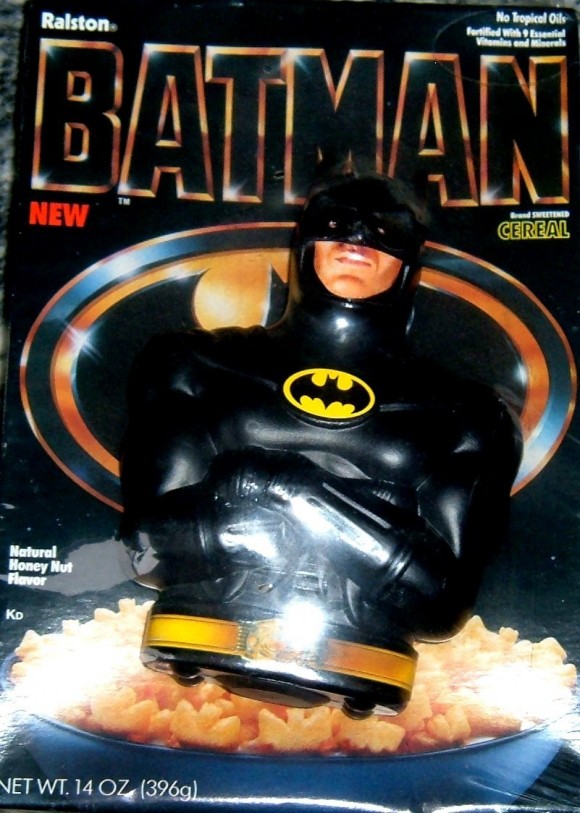 12. But when it all comes down to it, the movie doesn’t age well for me in certain respects.

The criticism at the time was that it was a great-looking movie in search of a plot. I dismissed such talk. But then I began to recognize the seams: Too much Tim Burton. Not enough Batman. The pacing can be sluggish. Alexander Knox is annoying. Gordon is a non-entity. Bruce isn’t driven as much as he’s befuddled at times. “We can try to love each other.” The Joker has a real name. Machine guns on the Batwing. Batman blows people up real good and kills thugs without a second thought.

Now, I acknowledge that some of my complaints are quibbles and I’ll always honor Batman for its legacy. But as a straight-up movie, it gets a B to these 52-year-old sensibilities. 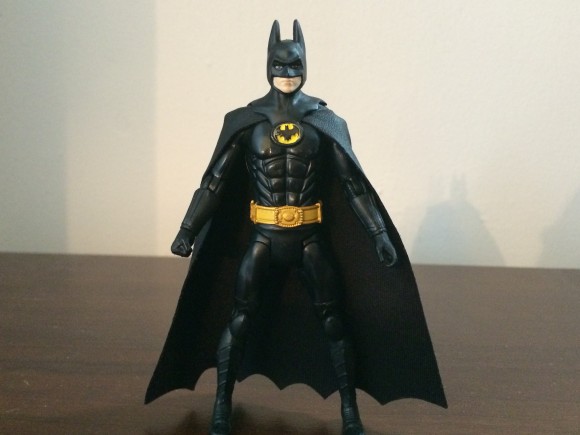 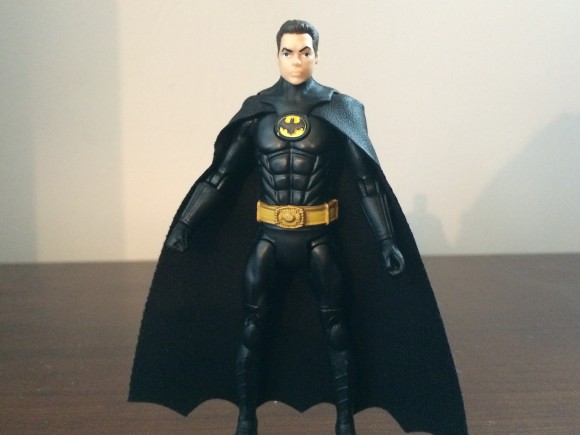