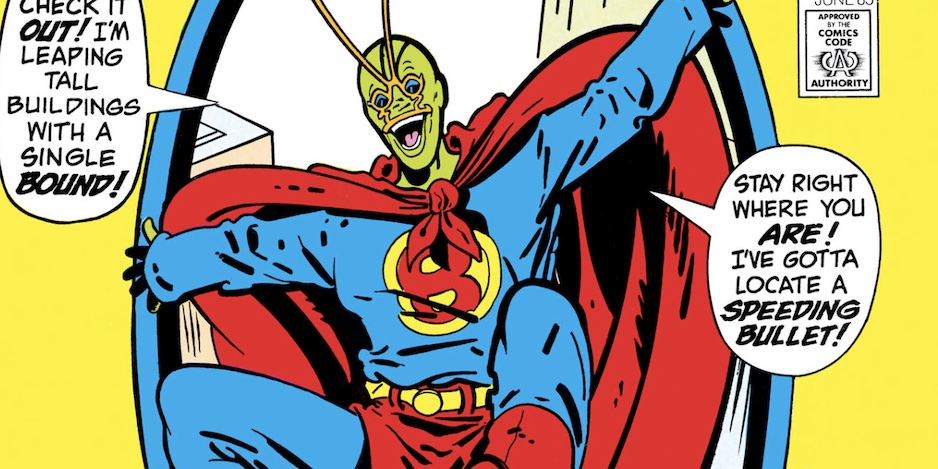 For this year’s 13 COVERS birthday salute, though, it’s all Ambush Bug all the time. Why? Because he’s awesome.

Ambush Bug, a Giffen creation, debuted in 1982’s DC Comics Presents #52, by our pal Paul Kupperberg, Giffen and Sal Trapani. He didn’t make the cover, but here’s his first appearance: 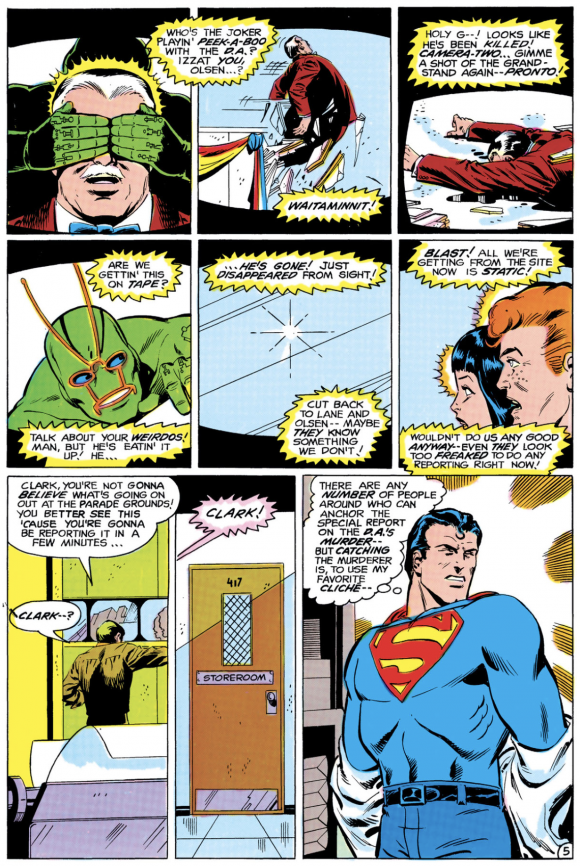 So dig these 13 COVERS by Giffen and a coterie of inkers: 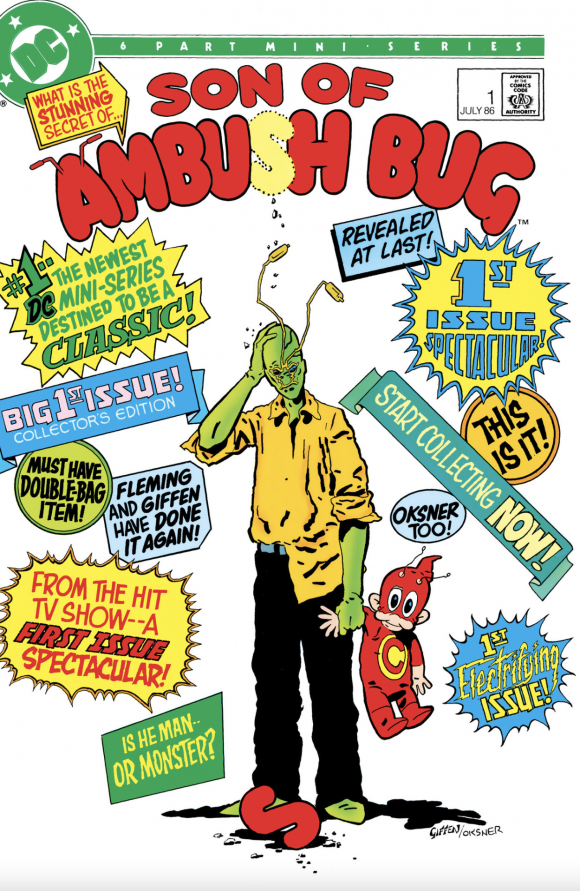 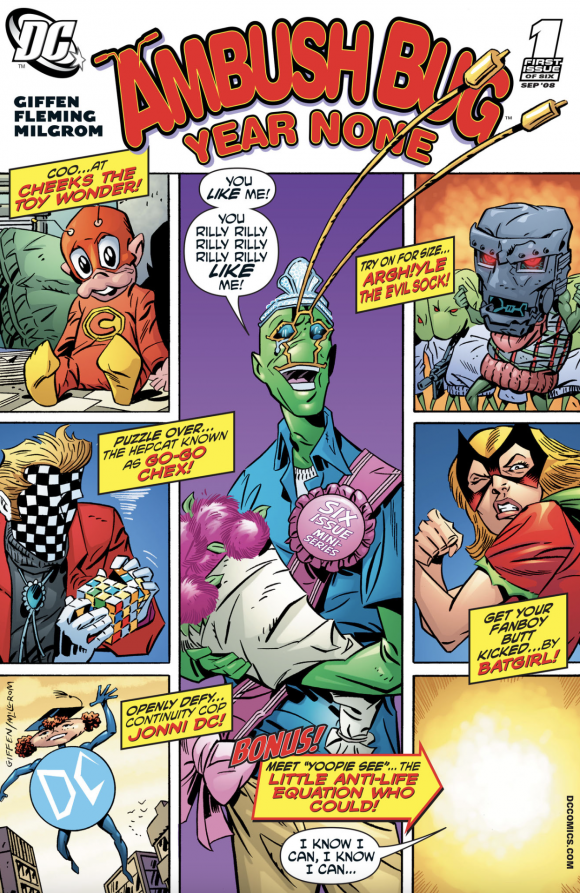 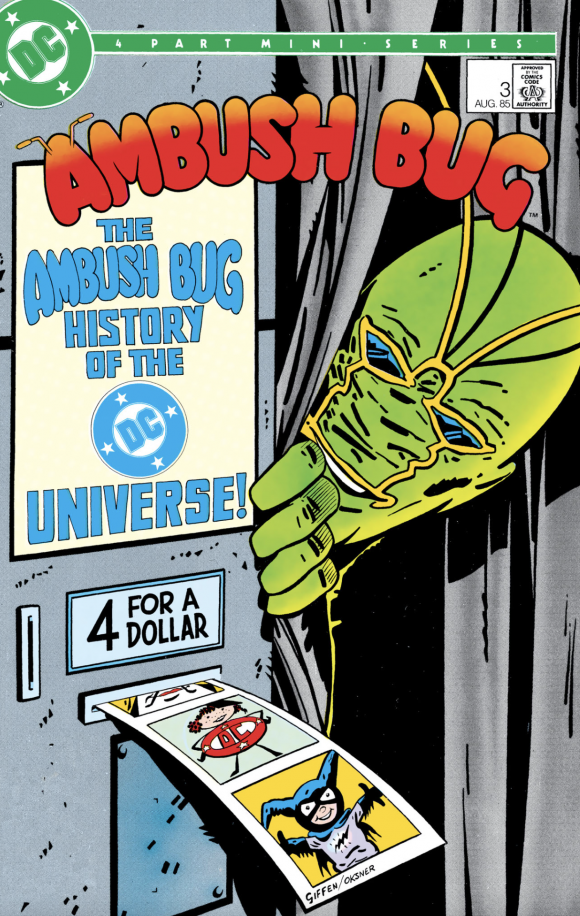 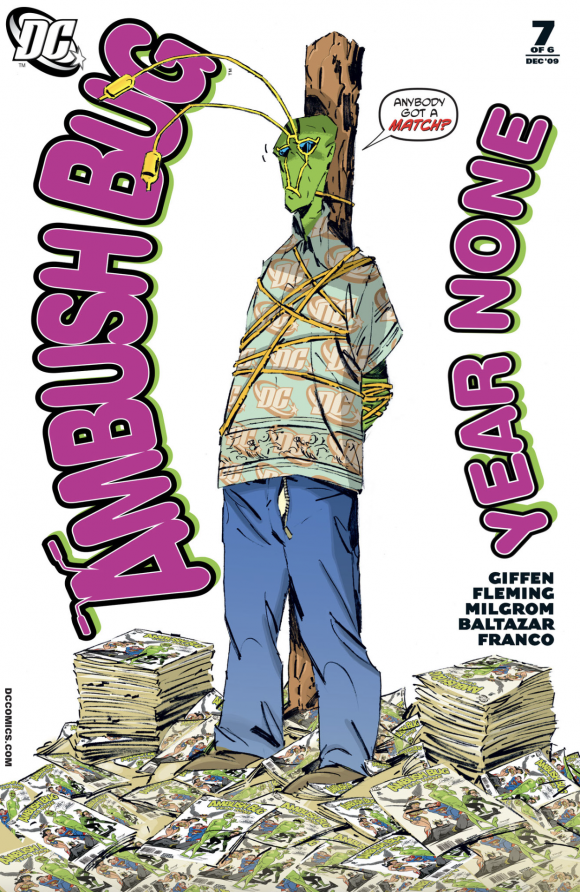 The image on those piled-up covers is by Darwyn Cooke, for the never-released Ambush Bug: Year None #6. 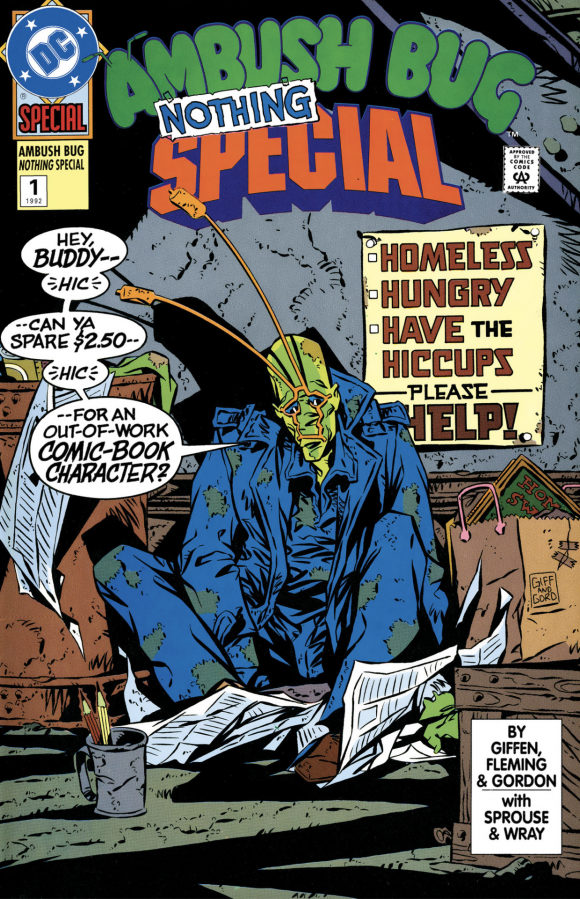 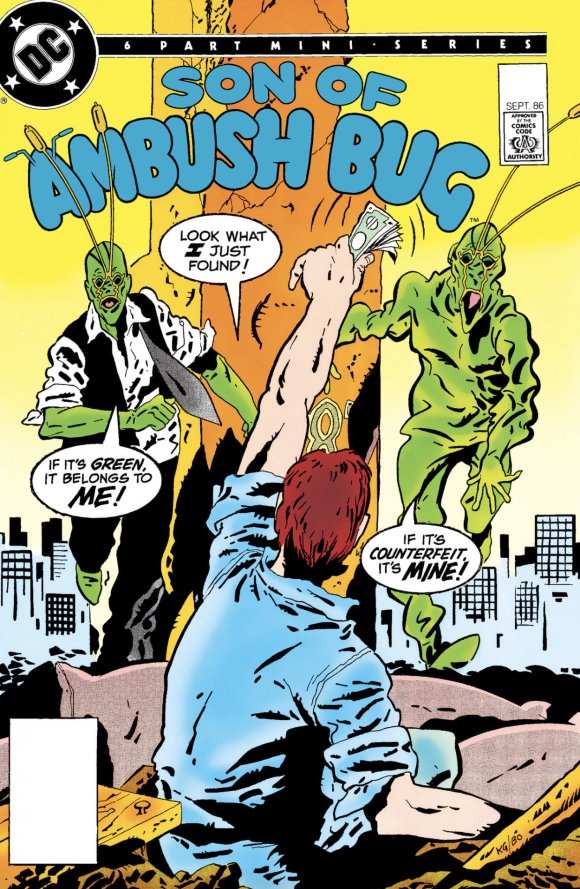 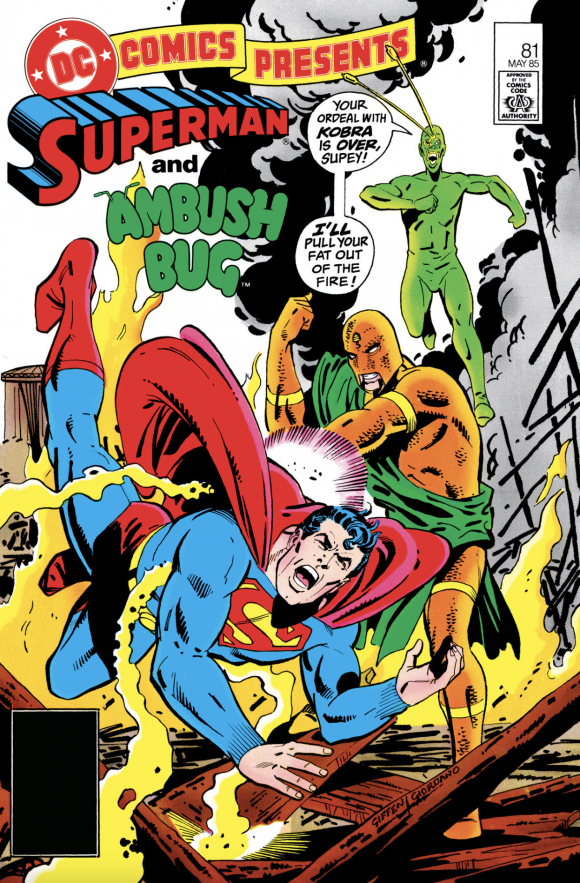 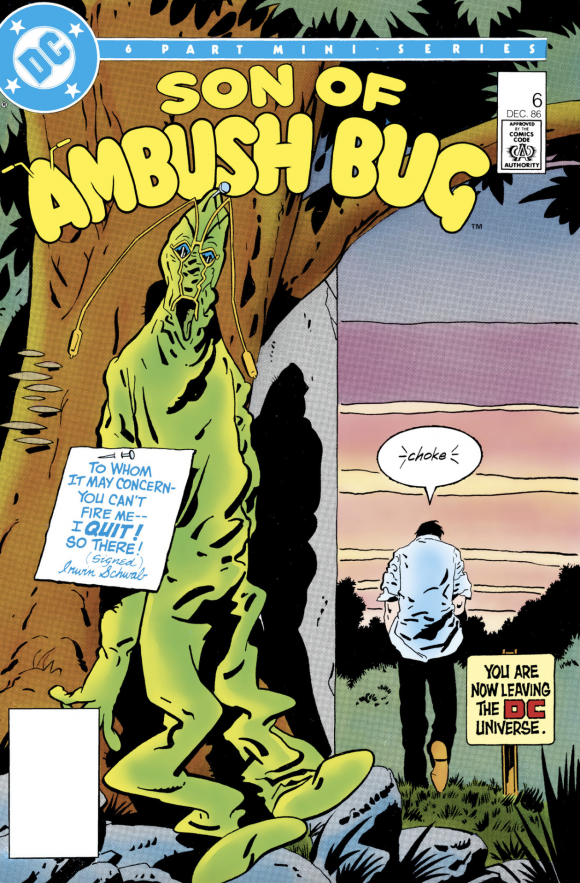 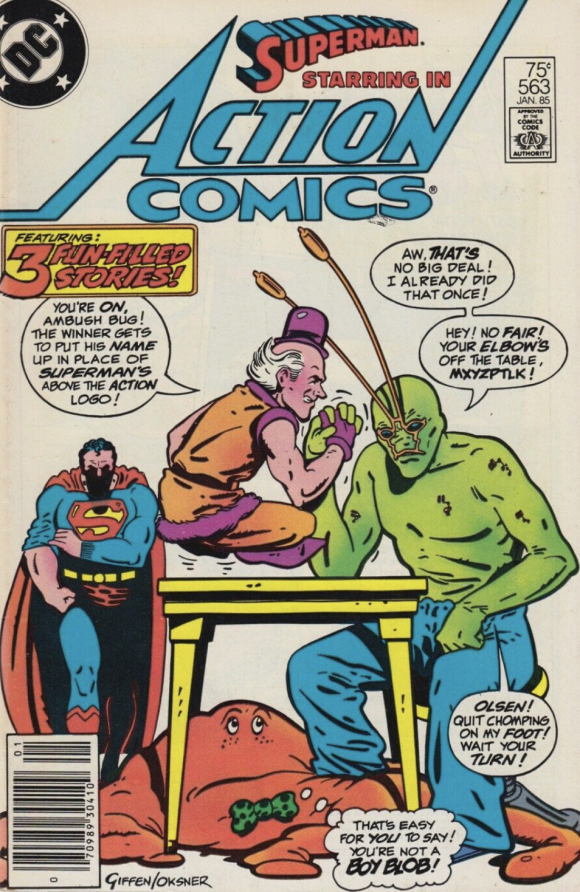 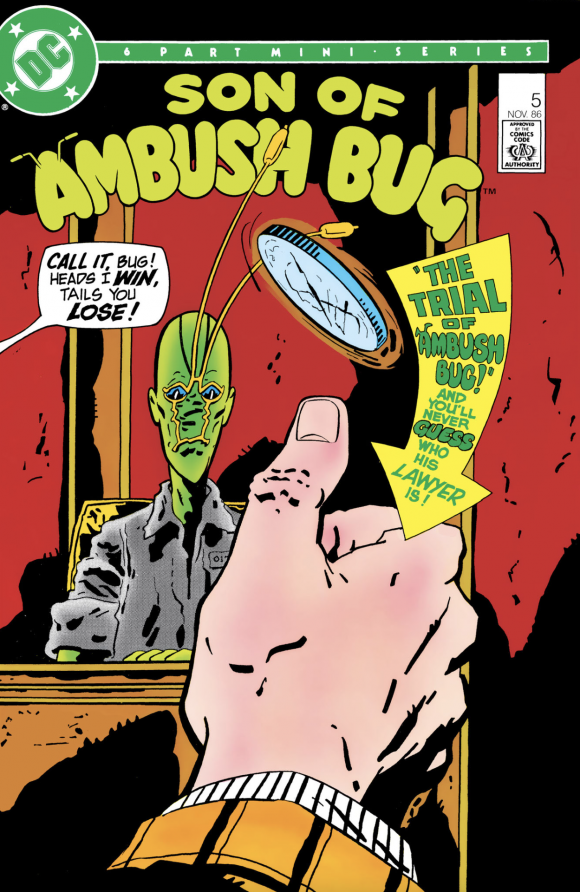 — LEVITZ AND GIFFEN: When the LEGION OF SUPER-HEROES Was at Its Best. Click here.